This was a word from earlier this week: 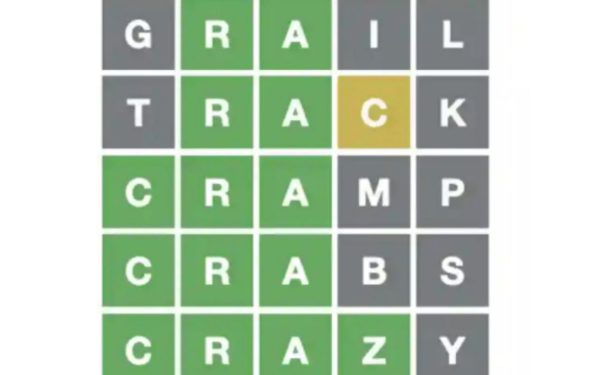 The only game I play is Shanghai – on my iPad – and I play a few games before I go to bed because it’s a great way to clear my mind.

But you guys have been talking about Wordle, so I decided to try it.

.  Oh wait, never mind, I can’t do that in case you guys are Wordlers or you haven’t tried it yet but you will try it now as a result of this post.   Good thing I caught myself or I would have returned from the FOUR DIRECTIONS POST later and found that everyone is pissed at me.

I think I like this game!   A lot!  Of course, it helps that I got it in 4 lines on my first try.  Is that good?  Average?  Below average?  This is Balloon Juice, where everyone is above average!

It looks like everyone gets the same word on a particular day?  Seems like that would be a problem… surely people would see other people’s results and then the game would be spoiled?  (I’m sure someone here can explain why that’s not a problem.)

Here’s an open thread to take about games or politics or music or whatever you like so you have a current place to talk while the FOUR DIRECTIONS Q & A is going on, if that’s not your thing.

Four Directions Q & A Tonight at 7:30 Eastern + Zoom on Thursday
Next Post: Late Night Open Thread: ‘Grandma Killer’ Mandel Is At It Again »