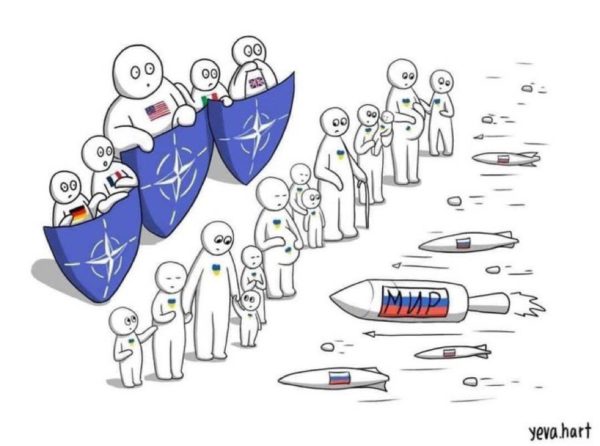 Let’s start tonight with President Zelenskyy’s video address he made earlier this evening in Kyiv. It has English subtitles.

Zelensky speaks of the strength and endurance of Ukrainians in latest late night address but also that Russia is “moving away from areas where we are beating them to focus on others that are very important. On those where it can be difficult for us.” pic.twitter.com/OmOWZvwSYf

⚡The Ukrainian Air Force would like to address misinformation published in multiple Western media outlets regarding the situation in the ?? sky and support from our @NATO allies.
More in ?(1/16)#ProtectUАSky #StopRussia #UkraineUnderAttaсk

To me the most interesting part of this thread is tweet #12, which states that Ukrainian pilots could get up to speed on F-15s and F-16s with only two or three weeks of training.

END_OF_DOCUMENT_TOKEN_TO_BE_REPLACED

November is coming up fast!

Promote the Vote 2022 is a Michigan group working to make elections more fair, more secure, more convenient, and more accessible.  For everyone!

We already know from our Four Directions fundraising that we have a lot of connections to Michigan, and that became even more clear when BG put up a culture post related to Michigan.

We all know that Michigan is one of the key states in the 2022 election.  The threats in each key state are unique, and the response to those threats must be as well.

Promote the Vote is a Michigan-based coalition of organization and individuals fighting to protect the vote in that critical state.  Some of their early supporters include the ACLU, APIVote Michigan, League of Women Voters, Michigan League of Conservation Voters, the NAACP, and Voters Not Politicians.

Promote the Vote 2022 has carefully-drafted a new ballot initiative to amend the Michigan Constitution to ensure all voters in Michigan can make their voice heard and that their votes are counted.  They need enough signatures to qualify for the Ballot by July, and they need boots on the ground to promote the initiative in advance of the November election, assuming they get enough signatures to qualify.

If it passes, we can worry a lot less about election subversion in Michigan.  And the people in Michigan will have elections that are more fair, more secure, more convenient, and more accessible.  For everyone!

Here’s where we come in.

Promote the Vote 2022 will work with trusted messengers in key communities – across all the protected classes, including the Arab-American, LGBTQ, veteran, and disability communities – to recruit volunteers and hire fellows to gather signatures, and forge relationships going forward.

As they go door-to-door to gather signatures, they can also register people to vote if they aren’t registered already.  So that pays off directly in 2022, but we are looking further ahead than that.  After the signature-gathering step, we would like to keep those “fellows” on for the second step, which is working to get the ballot initiative passed in November 2022.

We talked about the possibility of “matching” funds, and once enough signatures have been collected to qualify, Promote the Vote 2022 will work to find matching funds for the second step of working toward getting the initiative passed.

The direct goal is, of course, more signatures.  But it is important that Promote the Vote 2022 continues to work with those critical communities that have been negatively affected by voter suppression across this country.  By engaging new and infrequent voters by way of this initiative, Promote the Vote 2022 will also foster greater civic participation in the midterms.  Plus, ballot initiatives across the country have historically served as a way to increase turnout during the mid-terms.  And the fellows and volunteers will continue their education efforts in critical communities after the initiative makes the ballot and through the election.

These people at Promote the Vote 2022 know what they’re doing.  They’ve already written and passed two constitutional amendments, and they know how to draft it to withstand challenge.  There’s a lot at stake; the time to act is now!

If successful, this Michigan effort can be a template for other states with a similar distribution of power and a mechanism for constitutional amendment by referendum.

For all those reasons, we think this can be not just win-win, but it has the potential to be win-win-win-win-win in the coming years.

Opportunities for Action, as well as Fundraising

They’ll be holding “days of action” and “weekends of action” for residents of Michigan and nearby states to help canvas in communities across Michigan (you don’t have to be a resident of Michigan to gather signatures – just registered to vote in your state).

Other opportunities for participation are enumerated on the Promote the Vote 2022 website.

END_OF_DOCUMENT_TOKEN_TO_BE_REPLACED

If a bit of a troll, in a good cause…

Last year, Lil Nas X celebrated the release of his then-upcoming album, Montero, with a baby registry (https://t.co/z6bUfx3Cvh), asking fans to donate to an LGBTQ+ organization of their choosing. That registry garnered almost $500,000 and now, those seeds are bearing fruit.

The money raised will now be distributed across the COMPASS Initiative, a campaign from Gilead Sciences aimed at stopping the HIV/AIDS epidemic in the Southern U.S.

Thank you so much to @LilNasX for partnering with @BeOurCOMPASS for his Montero baby registry!!!
Funds donated to The Normal Anomaly Initiative are going towards helping create an experience for Black Queer people, that will in turn go back into our programming. pic.twitter.com/6Uhd3ORin8

END_OF_DOCUMENT_TOKEN_TO_BE_REPLACED

As someone who loved “Julie & Julia” but could have done with more of the latter and less of the former, I’m gonna watch the shit outta this HBO Max series:

Leave it to the enormously talented Sarah Lancashire to tackle an iconic role defined by the incomparable Meryl Streep without a hint of fear. Looking forward to David Hyde Pierce as Mr. Child too.

PS: If you have HBO Max, “Somebody Somewhere” is an underrated gem, IMO. It is set in Manhattan, Kansas. I keep looking for Albatrossity’s birds!

END_OF_DOCUMENT_TOKEN_TO_BE_REPLACED

#UPDATE US State Department issues travel warning saying Moscow "may single out and detain US citizens in Russia".

Citing the potential for harassment of US citizens by Russian authorities, the warning repeats calls for Americans not to travel to Russia or to leave "immediately" pic.twitter.com/uMrcgTcypd

Published in Politico, but Michelle Berdy is actually a reporter for the independent Moscow Times:

… I hadn’t set out to spend my life in Moscow. After graduating from college in 1978, I came to Moscow to continue studying Russian and become a translator. Except for a few years in the 1980s, I’ve lived there ever since. I worked as a translator and interpreter, as a field producer and reporter in television journalism, a manager of non-profit communication programs, and at The Moscow Times newspaper for almost 20 years. I write a column about Russian language and culture, and since 2015 I’ve been the arts editor.

Along the way, I got married and divorced, danced at weddings and attended funerals, was a godmother and an honorary auntie, bought an apartment and a series of Russian cars, spent my summers at the dacha, sang in a choir, traveled around the countryside with my Russian therapy dog, learned how to make Siberian dumplings, went to every art exhibition and museum, and had favorite seats at the Bolshoi. I have friends I’ve known for four decades and watched as their toddlers grew up and became parents with toddlers of their own…

On Friday, March 4, the eighth day of the war, the Russian Parliament passed a law on the media. “Fake news” about the war would be punished by up to 15 years in jail. The law’s definition of “fake news” clarified that the war could not be called “a war.” It had to be called a “special military operation.” The terms “invasion” or “aggression” were also prohibited. Anything that “discredited” the armed forces was illegal, but what “discreditation” consisted of was not specified. Only Russian government and state-media sources could be used by non-state media.

At the newspaper, we reported on the law and expected that it would be signed into effect that night. We didn’t think, however, that it was applicable to Western media like us; The Moscow Times was registered in the Netherlands.

That night I woke up like a shot at 3 a.m. In my kitchen, I groped in the dark for my television remote. My cable service had CNN, BBC, EuroNews and several other foreign news channels. The law was only a few hours old, but my TV screen lit up with an announcement that CNN was no longer available. BBC and the other news channels were still on the air, but when I flipped through my Twitter feed, it was a list of closures. Znak, an independent news outlet based in Yekaterinburg — one of the last internet publications still publishing — had closed. BBC, ABC, CBS were leaving at least until they assessed the situation. Apparently, the law would apply to non-Russian media, too…

It was time to leave. But I still wasn’t sure. Maybe I was being alarmist. Maybe it wasn’t that bad. I called my old friend, Yevgeniya Albats, known as Zhenya to her friends, a journalist and writer who always has a handle on the truth — and isn’t afraid of it. At her apartment, Zhenya made tea and opened a bottle of wine — because you never know what you need, she said — as I went through my panicked reasoning. Was I in danger?

Zhenya had just spent a couple of hours that morning discussing the new law with a lawyer specializing in media regulation. Theoretically, she said, it was the owner or editor who would be fined or punished for a violation, not the writer. So I was probably not in any real danger.

Pause. “On the other hand,” she said, “there’s always the risk of hostage-taking.”…

END_OF_DOCUMENT_TOKEN_TO_BE_REPLACED

Calling all guitar lovers and lovers of Ukraine.

A 2-man electric guitar shop in Ukraine – Valiant Guitars – was bombed out but they managed to save a few of their guitars.  They are holding a raffle, and the proceeds will be donated.

THE PROCEEDS FROM THIS RAFFLE WILL BE DONATED IN THE FORM OF MONEY, MEDICINES, FUEL AND EQUIPMENT FOR THE NEEDS OF THE UKRAINIAN ARMY AND HUMANITARIAN AID.

Raffle Rules – they are specific and if you don’t follow them, they refund the amount of your raffle ticket.

Click to go to their site and enter the raffle. 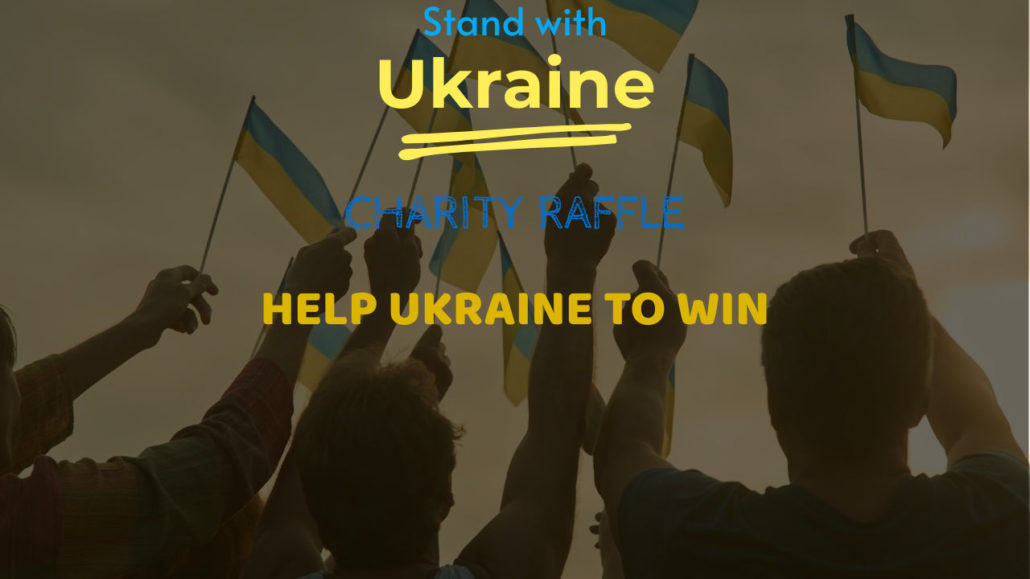 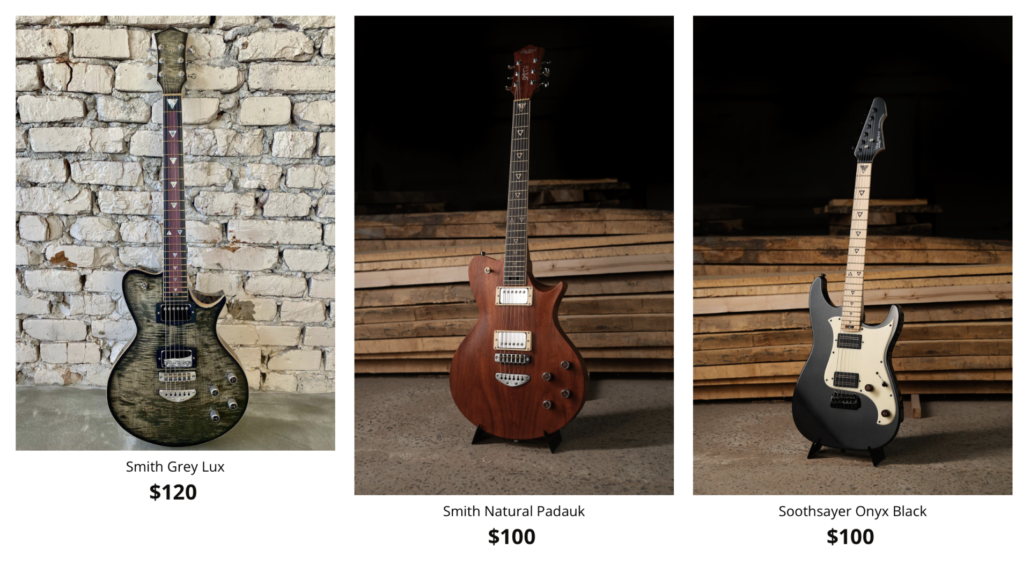 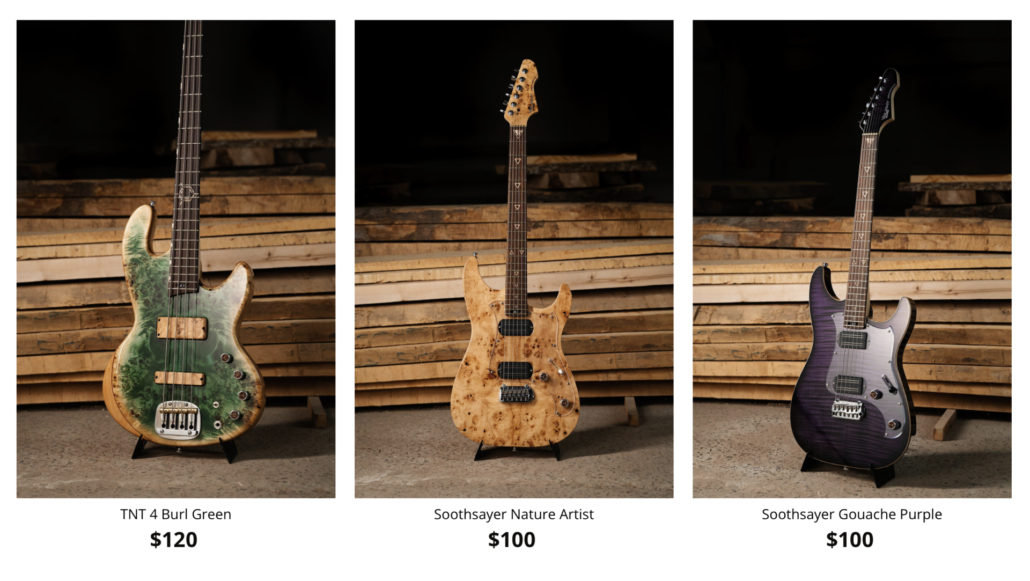 Not everyone can afford $100 for a raffle ticket.  But if you can afford it and you think the cause is just, even if you don’t want a guitar for yourself, if you win you could have the guitar sent to Amir or one of our other guitar-lovers on Balloon Juice.

h/t realbtl who sent me the raffle link

END_OF_DOCUMENT_TOKEN_TO_BE_REPLACED

Trans people exist everywhere.
We are in every country, in every state, in every city and neighborhood. This Trans Day of Visibility, we celebrate by being more visible than ever before. #TDOV pic.twitter.com/FOWRiWNk20

“To everyone celebrating Transgender Day of Visibility, I want you to know that your President sees you.” https://t.co/VJBe42Vmop pic.twitter.com/ApXZFLLWuQ