You are here: Home / Foreign Affairs / War for Ukraine Update 26: Waiting In the Small Hours To See If Threats Will Become Reality 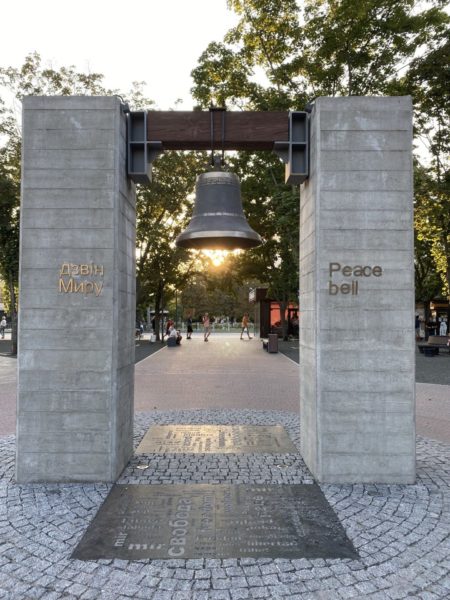 There is only one real story from Ukraine to focus on tonight: the Russians have given the Ukrainian government an ultimatum. Surrender Mariupol and they’ll let the remaining 130,000 civilians, as well as Ukrainian forces that lay down their weapons leave. Everyone remaining will face Russian military justice

I have done a ton of reporting on "military tribunals" conducted by Russia and its separatist proxies in eastern Ukraine since the war began in 2014. Here's a disturbing look at what they are: https://t.co/c5OHIGxRT5

Russia has given Ukraine until 5am to surrender Mariupol, after which it says it'll let the 130,000 remaining civilians leave.

The language it uses for Kyiv's forces – "nationalists," "foreign mercenaries," "bandits" – leaves little doubt about what Russia has in store for them.

What the Russians are threatening to do is, essentially, reduce Mariupol. The Russian military has besieged the city and is fighting against Ukrainian forces inside the city that are trying to defend Mariupol. These forces are essentially fighting in close quarters to the civilian population. As such taking Mariupol by force will mean destroying as much of the city, its defenders, and the civilian population as necessary to achieve the objective.

The Ukrainian government has responded that they will not surrender Mariupol to the Russians!

Here’s the machine translation of the Ukrainian response:

Vereshchuk to the Russian Federation: No surrender of Mariupol can be discussed. Open the corridor for us

The Ministry of Reintegration of the Temporarily Occupied Territories officially responded to Russia’s ultimatums on the surrender of Mariupol.

Source: Visepremier and head of the Ministry of Education and Industry Irina Vereshchuk in a comment to “Ukrainian Truth”

Details: The Ministry of Defense of the Russian Federation has sent an official letter to Ukraine, where it puts forward an ultimatum for Ukrainian defenders to lay down their arms and leave Mariupol. Only after that do they offer “evacuation of civilians.”

Vereshchuk’s direct speech: “There are 8 pages with a return to history and other nonsense. They sent the same letter to the UN, the International Committee of the Red Cross and hoped that international structures would react and begin to put pressure on Ukraine. It didn’t happen. The ICRC and the UN understand that this is Russia’s manipulation and that it is hostage-taking.

Details: Ukraine demands that the Russian military immediately open a corridor for civilians in order to be able to take them out of Mariupol to Zaporozhye.

Direct speech: “No surrenders, addition of weapons are out of the question. We have already informed the Russian side about it. I wrote: “You just open the corridor instead of wasting time on 8 pages of letters.”

We informed the UN and the ICRC. Now we are waiting for the reaction of the international community. This is conscious manipulation and real hostage-taking of people.”

Details: Vereshchuk is also outraged that Russia began to kidnap and take our people out of Mariupol to the Russian Federation.

Direct speech: “Moreover, we have the facts that they kidnap children from orphanages and do not allow us to pick them up.

To understand: they are going to forcibly take 350 children away in the direction of Russia, preventing us from taking them away.
We ask clearly: give us a corridor and write which boarding school we are going to and why. They immediately take the children to Russia. It’s terrorism.”

What happened earlier: the Russian Ministry of Defense issued an ultimatum to the Ukrainian authorities that by 5 a.m. on March 21, Mayor Vadim Boychenko surrendered the city, and then the Russian occupiers would allegedly open humanitarian corridors for the population and the disarmed Ukrainian military.

Part of the reason that the Russians are so hell bent on taking Mariupol is that the Ukrainian forces defending it are the Azov Battalion. When the EuroMaidan revolt against Yanukovych began in 2014 one of the groups involved where a bunch of Ukrainian neo-fascists and neo-NAZIs who had their origins as a group in Soviet football hooliganism and ultimately evolved into a local self defense militia for lack of a better term. After Putin scarfed up the Donbas and Crimea these guys reorganized themselves into a battalion within Ukraine’s National Guard. While there have been attempts over the past several years to clean the neo-NAZIs and ultra-nationalists out of the battalion, with a 2015 estimate that only 10-20% of the members were neo-NAZIs, in order for them to receive training from the US, no one is sure how successful these efforts are. Regardless, the Azov Battalion is Putin’s prime evidence that Ukraine is full of NAZIs. And because they’ve been effective in fighting against his occupation of the Donbas, he wants them wiped out. Right now he has them, as well as over 300,000 civilians – not the 130,000 in the Russian ultimatum – trapped inside Mariupol. And he’s going to do whatever he can and whatever he thinks he can get away with to kill every last one of them.

All we can do now is wait and see if Putin is going to commit an industrial scale war crime while the entire world watches.

Earlier today, a few hours before Putin told Ukraine it was planning to commit an industrial scale war crime unless Ukraine gave him what he wants, the Russians managed to launder some more disinformation and agitprop regarding “peace” negotiations through the Turks who are hosting the talks.

Meanwhile Turkey, which is mediating alongside Israel between Russia and Ukraine, claimed the two countries were converging on key aspects. Turkey’s foreign minister Mevlut Cavusoglu said “the parties are close to agreement on fundamental issues”. “It’s not that easy to negotiate while the war is ongoing, or to agree when civilians are dying. But I want to say that there is momentum,” he said. Kyiv and its western allies fear Russian president Vladimir Putin could be buying time in peace talks to replenish Moscow’s forces and launch a broader offensive.

Turkey’s pro-government Hurriyet newspaper reported that the two countries were edging towards agreement on Kyiv declaring neutrality and abandoning its drive for Nato membership, “demilitarising” Ukraine in exchange for collective security guarantees, what Russia calls “denazification” and lifting restrictions on the use of Russian in Ukraine. Two people familiar with the discussions said it was likely a compromise would involve token concessions from Kyiv on what Russia calls “denazification”.

This, like the same statements made last week, are bullshit.

The Ukrainian officials added: The sides are actually still far away from reaching a deal, and Ukraine position remains unchanged.

If the Ukrainians agreed to what the Russians have told the Turks they want, then Putin despite not actually winning on the battlefield right now, would actually wind up winning the war. If Ukraine emerges from this war formally having abandoned its constitutional directive to seek NATO membership, as well as formally neutral and demilitarized, all it does is set the stage for Putin to rebuild his military and start all over again with a new made up pretext for having to liberate Ukraine from the Ukrainians.

Here are some tweets with videos of Ukrainians in occupied cities resisting and protesting the Russian military occupiers.

I have no words. People in Southern Ukrainian cities and towns are unbelievably strong. With bare hands they are ready to oppose the occupants with weapons. This video is from #Energodar. Just watch it. #StandWithUkriane pic.twitter.com/dggyqtcENX

Residents of occupied Kherson block the path of a Russian military convoy and force it to turn away. Incredible. pic.twitter.com/jvT1jRXnO6

And we’ll end with this while we wait for more news from and about Mariupol!

Medium Cool with BGinCHI – Mexico!
Next Post: About the Ukraine War »