Central Maine is rich in lakes and rivers. Lucky me, I live across the road from a lake that has been the object of my attention since I moved here in 1987. I didn’t note down when the ice started to form that first winter, but after waiting and waiting and waiting, I did record the date when it was finally gone: April 12, 1988, my first spring on this property.

I called it “ice-off,” though I soon learned that people around here call it “ice-out.” Some folks drive the fifteen miles around the lake, which takes about half an hour, again and again until they’re sure all the ice is gone. Sometimes the Augusta paper reports their findings. I’m lazier, and my definition is simpler: when I can’t see any more ice from my house, it’s officially “ice-off.”

Except that even then it’s not really simple. Some years the wind blows a big plate of ice south out of sight, only to blow it back the next day. Some years the ice really does just seem to melt; other years it breaks up into big chunks that float around for days. Sometimes it seems to be gone, only to re-form along the shore overnight, as if November has come again. Sometimes it’s all gone except for a thin strip on the far shore in a spot that never gets any sun. So does that count as ice-off, or not? Only I can say!

The first picture in this set is a shot of new ice behind a dam not far from where I live. There are plenty more scattered around in the galleries at www.janiemat.com, from Gallery 4 of which this meditation on winter is adapted. Thanks as always to Steve from Mendocino, whose energy and design skills made the website possible. 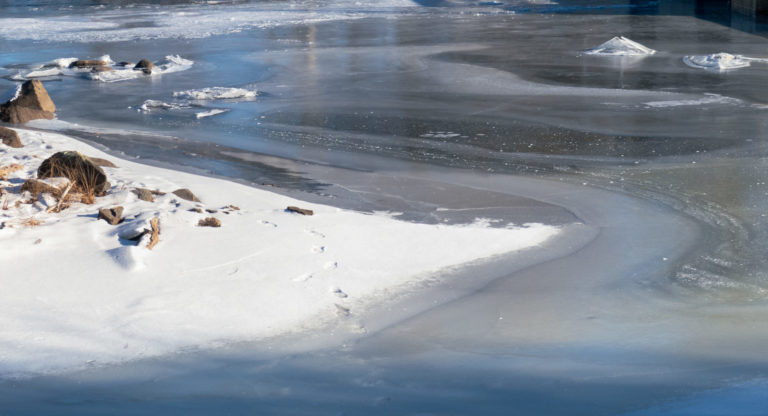 New ice behind the Mill Stream dam, swirly from the motion of the stream. 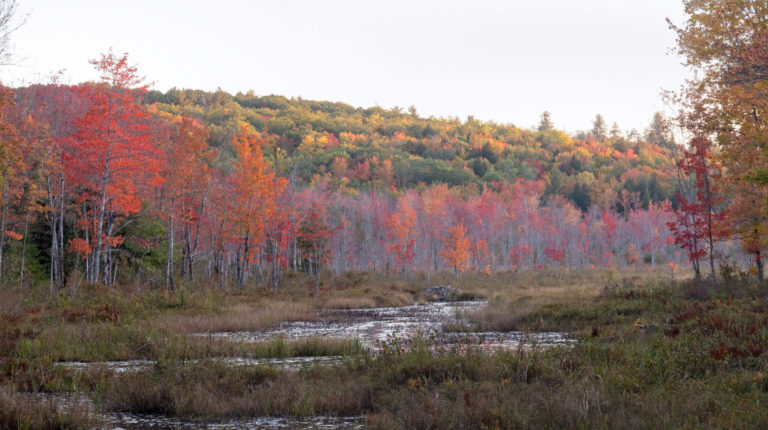 Low-lying swampy spots tend to be extra brilliant in the fall. 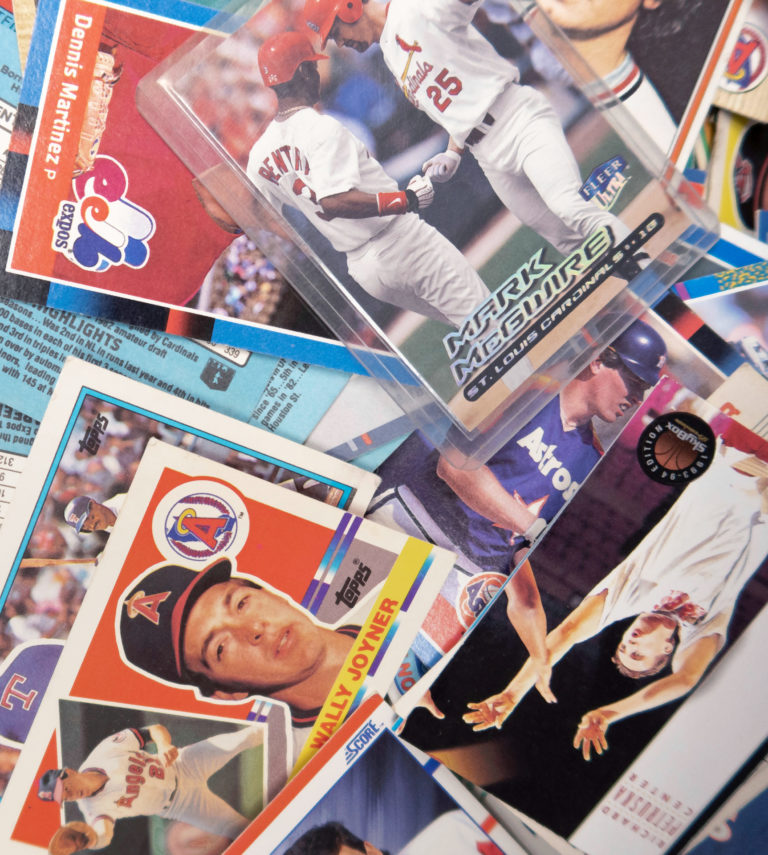 Maine has an ample supply of junk shops (a.k.a. “Antiques”). This was a bin of baseball cards in a shop called Liberty Tool, for reasons that would be obvious if you ever went there. It’s across the road from Liberty Graphics, which makes great t-shirts, including for museums and other organizations all over the country. 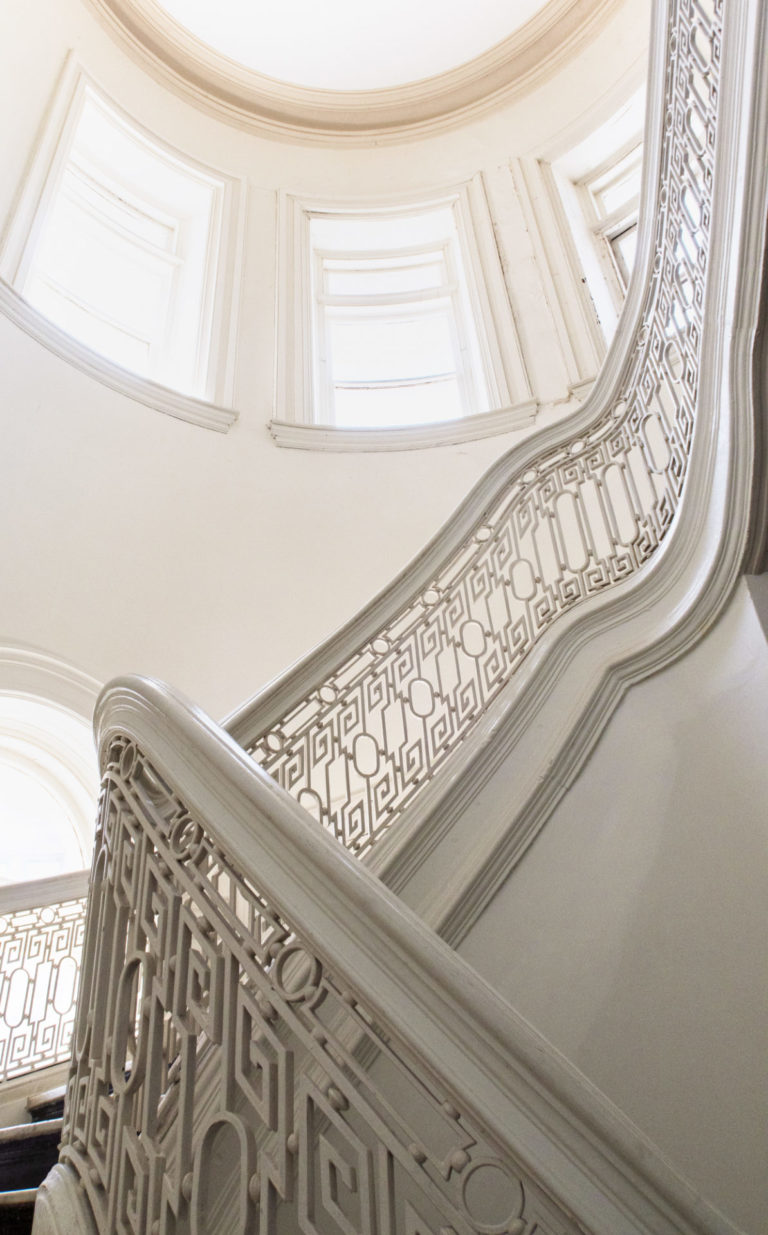 An ornate stairwell in the Old Post Office and Court House, aka the Olde Federal Building. 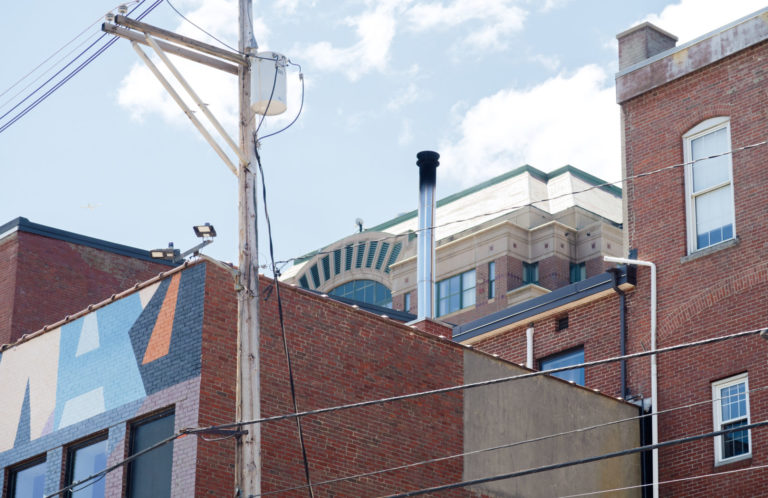 The back side of some Water Street buildings. 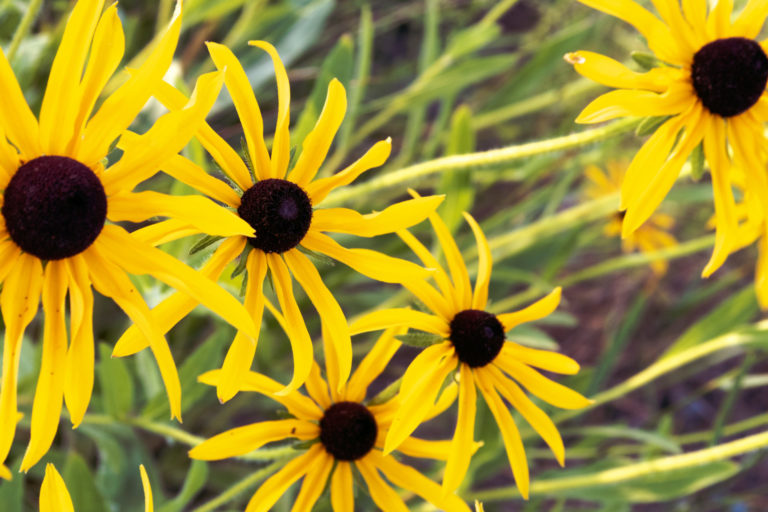 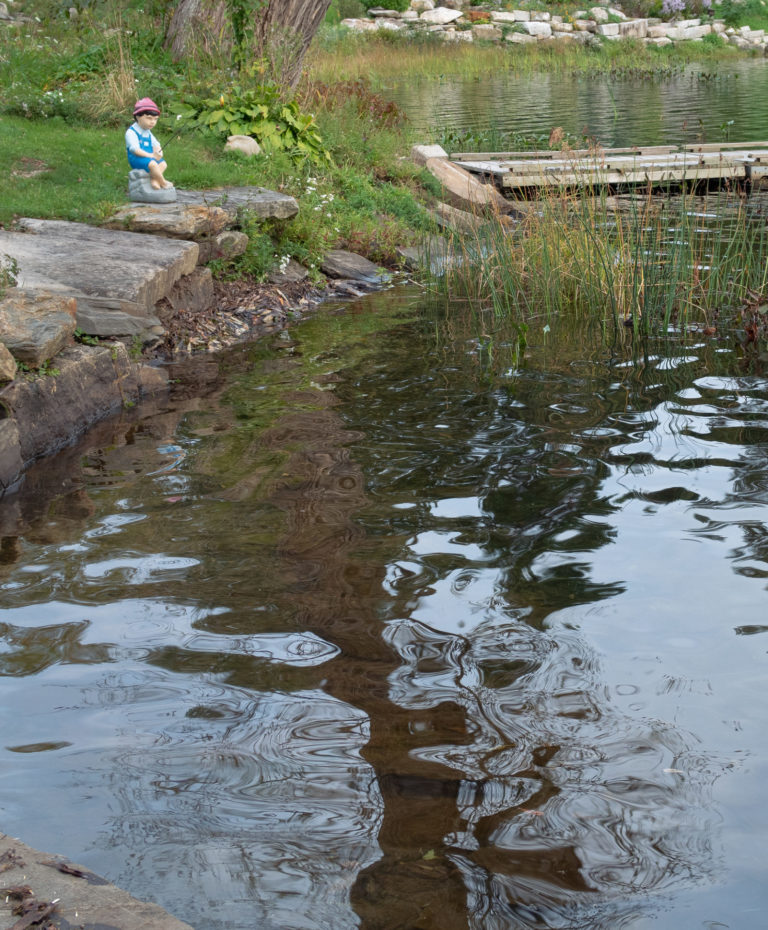 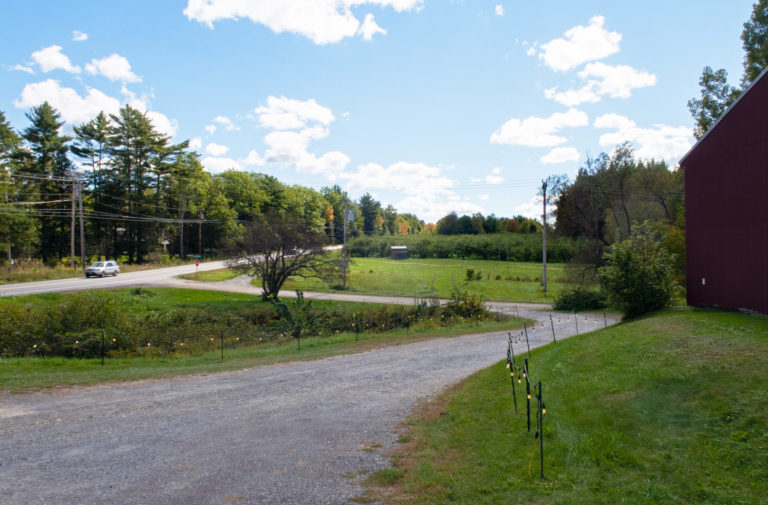