First Lady Jill Biden and the FEMA administrator will fly to Florida on Thursday for Surfside's memorial event “in honor and remembrance of the 98 lives lost at the Champlain Towers South on June 24, 2021,” her office says https://t.co/tFp63dCZuv 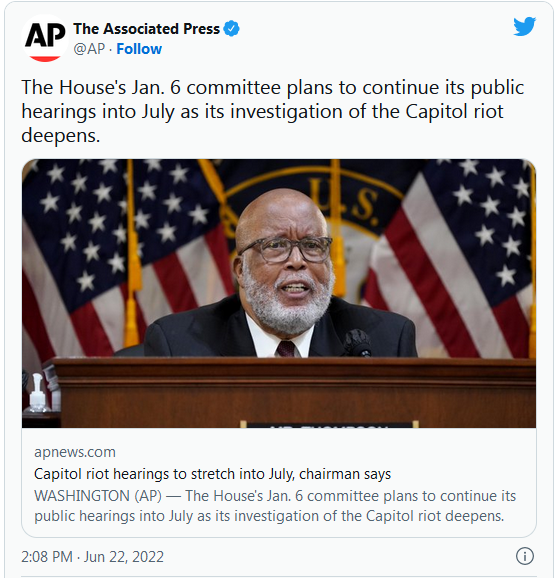 … The chairman, Rep. Bennie Thompson, told reporters Wednesday that the committee is receiving “a lot of information” — including new documentary film footage of Donald Trump’s final months in office — as its yearlong inquiry intensifies with hearings into the attack on Jan. 6, 2021, and Trump’s efforts to overturn the 2020 election that Democrat Joe Biden won.

The committee is also working on setting up an interview with Virginia “Ginni” Thomas, the conservative activist and wife of Supreme Court Justice Clarence Thomas, who has responded to the panel’s request to appear, the chairman said. She was asked to speak to the committee after disclosures of her communications with Trump’s team in the run-up and day of the insurrection at the Capitol…

Thomas has previously said she “can’t wait to clear up misconceptions,” suggesting she would comply with the panel’s request to testify…

The next hearing, set for Thursday, is expected to highlight former Justice Department officials testifying about Trump’s proposals to reject the election results. It would wrap up this month’s work. The committee would start up again in July, Thompson said…

Meanwhile, in a sign of a widening Justice Department investigation, federal law enforcement officials served a round of subpoenas Wednesday related to alternate — or fake — slates of electors who falsely sought to declare Trump the winner in their states in 2020…

And for a change of… gait: 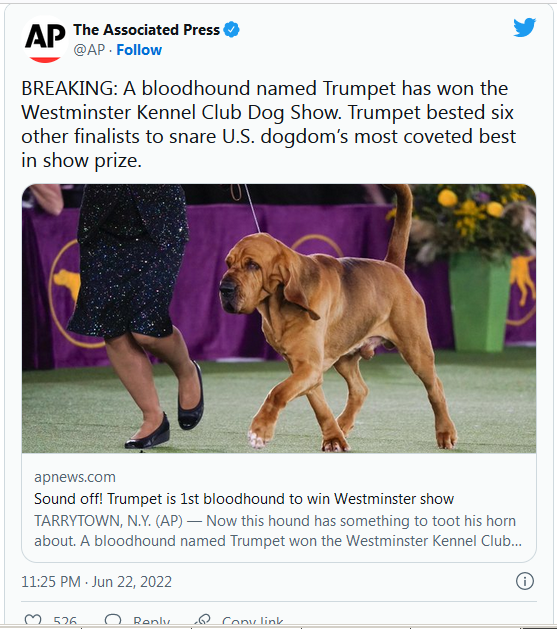 On The Road – PaulB – A visit to the Olympic Peninsula, 4 of 10
Next Post: Miranda Weakened »