These caught my eye today. They can’t throw each other under the bus fast enough.  First up, my home state:

A Colorado election clerk who was indicted on 10 criminal counts has said that Rep. Lauren Boebert (R-CO) “encouraged” her to commit the alleged crimes.

In a report on Sunday, The New York Times recounted the “strange tale” of Mesa County Clerk Tina Peters, who has fueled right-wing conspiracy theories claiming the 2020 presidential election was stolen.

On Friday, Peters deflected blame to Boebert, according to the report.

She said Boebert “encouraged me to go forward with the imaging” of voting machines.

But the lawmaker’s spokesperson insisted that Peters’ claim was false.

Boebert has previously released a statement in support of Peters.

“Many of the constituents I represent have expressed concern about the ongoing investigation into Mesa County Clerk and Recorder Tina Peters,” Boebert said in 2021. “As many of you know, I have been a vocal opponent of the overreach and targeted nature of the FBI’s activities on a national level.”

SIOUX FALLS, S.D. (AP) — Former South Dakota Attorney General Jason Ravnsborg, in his first public comments since being removed from office last week, appeared before a state ethics board Monday to press for an investigation of fellow Republican Gov. Kristi Noem, the person he blames for his impeachment over his conduct surrounding a 2020 fatal car crash. 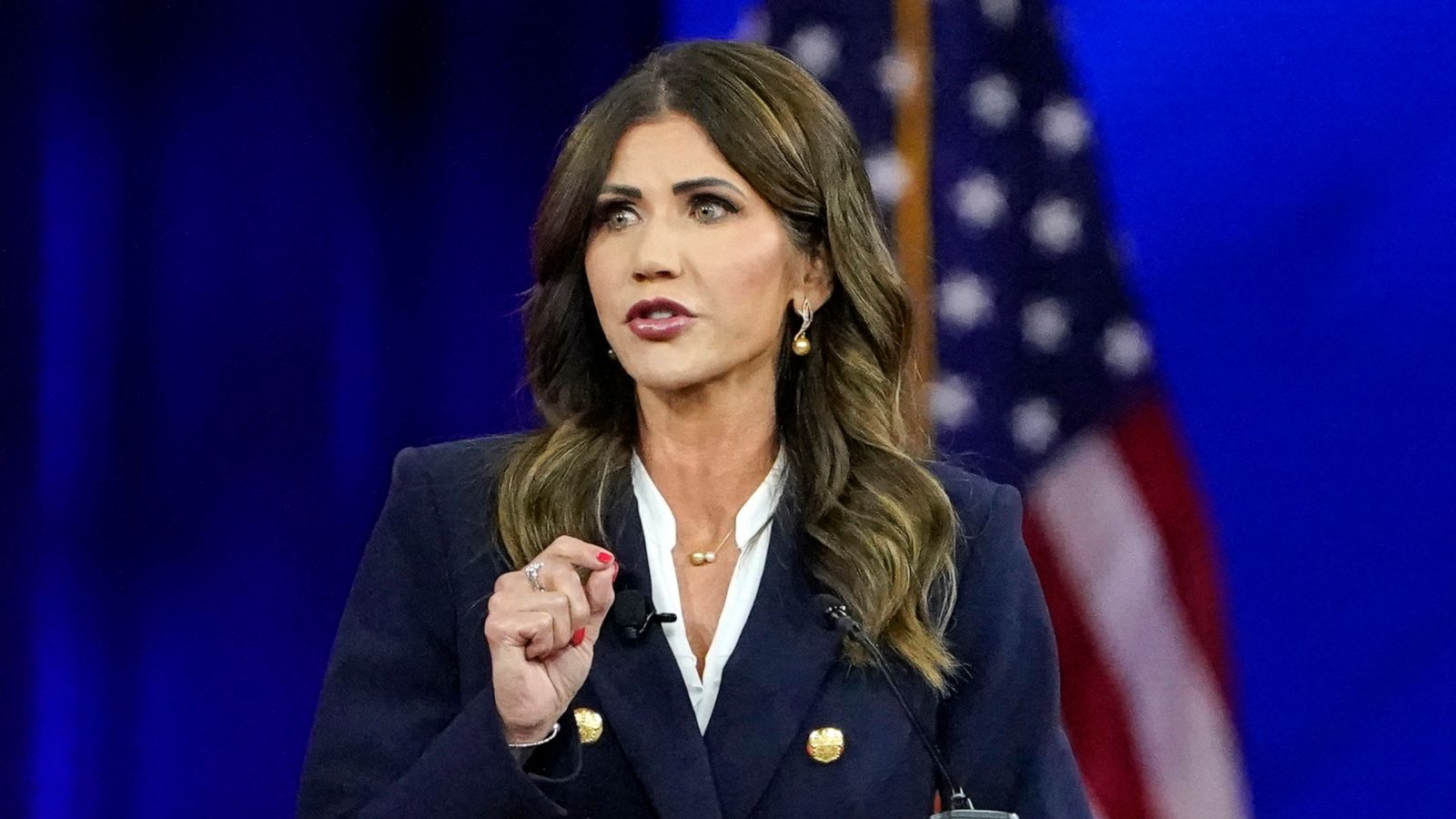 As attorney general, Ravnsborg last year filed a pair of complaints against Noem to the state’s Government Accountability Board alleging she abused the powers of her office by interfering in a state agency as it evaluated her daughter’s application for a real estate appraiser license and by misusing state airplanes. The board, which is comprised of retired judges, has not decided whether to investigate Noem and is working with an attorney to evaluate the merits of the complaints.

Ravnsborg appeared at the Government Accountability Board’s meeting for the first time since he initiated the complaints last year and said he was ready to provide additional information.

He made it clear he thinks an investigation could have far-reaching consequences for Noem, who is running for reelection after a first term that vaulted her to national prominence. She’s widely considered to be a White House aspirant in 2024.

“I’m not going to let this just drop. I think that they should pursue it and I do believe that, ultimately, the House will pursue it,” Ravnsborg told The Associated Press, suggesting that Noem could also face impeachment for her actions.

The former attorney general denied that he was out for revenge against Noem, although he blames her for his removal.

Noem and Ravnsborg became political enemies after he struck and killed a pedestrian in 2020. Noem publicly called for Ravnsborg to resign and later pressed the Legislature to impeach him. The House eventually did, and the Senate last week convicted him of two charges: committing a crime that caused someone’s death and malfeasance for misleading investigators and misusing his office.

Ravnsborg blamed “emotion and political pressure” for tilting the Republican-controlled Senate against him and said Noem sought his removal because he had filed the complaints to the Government Accountability Board.

“I think that among these two complaints — and there’s other scandals that she’s involved in — that she did not want the information to come to light,” he said.

The Associated Press reported last year that the governor held a meeting in July 2020 that included her daughter and key decision-makers in her application for an appraiser license just days after the agency moved to deny the license. A Republican-controlled legislative committee concluded that Noem’s daughter, Kassidy Peters, got preferential treatment.

Noem has rejected that finding, saying her daughter followed the same process as other applicants.

But the agency’s former director, Sherry Bren, told the legislative committee last year that she felt “intimidated” at the July 2020 meeting, where she said Peters’ unsuccessful application was discussed in detail and a plan was formed to give her an unprecedented, additional chance to show she could meet federal standards. Noem’s office has said the plan was in the works before the meeting.

Peters got her license four months later. Shortly after that, Bren retired under pressure from Noem’s cabinet secretary. She eventually received a $200,000 settlement to withdraw an age discrimination complaint.

Ravnsborg’s other complaint was sparked by a report from Raw Story, a news website. Noem in 2019 used state airplanes to travel to events held by political organizations including the National Rifle Association and the Republican Jewish Coalition, even though South Dakota law bars their use for anything other than state business.

Noem defended the trips as part of her work as an ambassador for the state.

The board’s consideration of the complaints began last year and has happened entirely in private meetings. It could either investigate the complaints and potentially hold hearings or dismiss them entirely.

The judges will meet next on Aug. 3.

That’s all I got. We’re celebrating the Avs here right now, so it’s been a nice break of good news between all the doom and gloom.  Also, Nora (duck) has to spend the week in isolation to recover from an injury (I will not detail it, but if you have raised chickens or ducks, you might know) and I’ve been bringing Nick in at night to be in the same room (though separated) so he doesn’t stress too much. It’s going to be a long week, keep a good thought as I once again deal with ducks in the house, LOL

This is an open thread