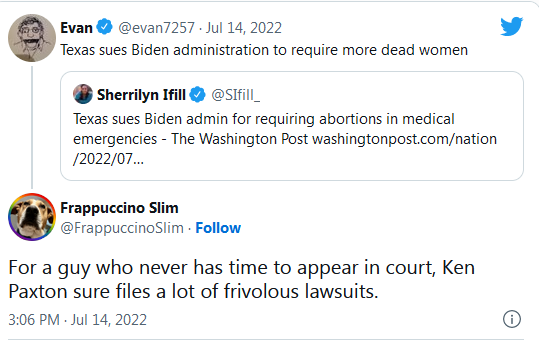 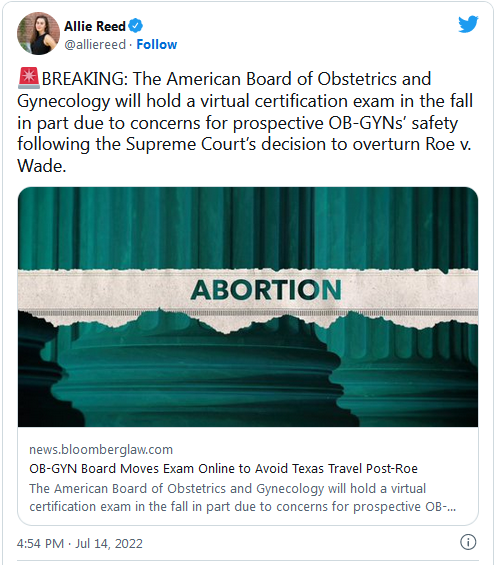 … About a thousand future OB-GYNs would have had to travel to Texas in the fall to take their board certification exam, which advocates worried could increase their risk of being prosecuted under the state’s strict anti-abortion law.

The board, which is based in Texas, requires future OB-GYNs to pass written and oral exams. It moved these exams online due to the Covid-19 pandemic, but had planned to host them in person again starting in October.

The legal landscape for OB-GYNs has changed vastly since the exam was last held in person, with Texas adopting one of the most stringent anti-abortion laws in the US prior to the fall of Roe v. Wade.

In order to prioritize the “safety and well-being of candidates, examiners, and our staff,” the board switched to remote delivery in light of the uncertainties ahead in the next few months with the Covid-19 pandemic and the SCOTUS opinion on Dobbs v. Jackson Women’s Health Organization, according to an email sent to test-takers.

Texas’ SB8 law bans abortions after around six weeks of pregnancy, and emboldens private citizens to report those who perform abortions, aid and abet them, or plan on aiding and abetting them.

The law obviously applies to OB-GYNs in Texas, but it could also potentially be used to prosecute out-of-state doctors who perform abortions on Texas residents in states where abortions are legal, said Cary Franklin, professor at UCLA School of Law and faculty director of the Center on Reproductive Health, Law, and Policy.

“Given how many people are leaving Texas to get an abortion in other places, the reach of SB8 potentially becomes very large,” Franklin said.

The Accreditation Council for Graduate Medical Education requires trainees to “have experience with abortion and its complications,” the letter said. “Due to the ‘aid and abet’ clause included in SB8, we may be targeted for legal or political retribution.”…

Earlier… pandering, or just trying to keep all the plates spinning as he dodges jail?

Here is the clip, per @American_Bridge: “The Supreme Court has stepped into issues that… were legislative issues. This is one of those issues.”pic.twitter.com/UvPv7b5CHg

businesses should probably start acting like the state governments of TX and FL have declared war on them https://t.co/X44OAbW5aI 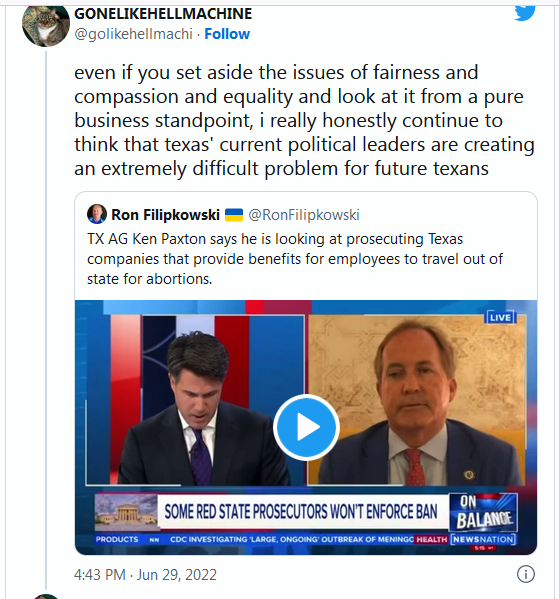 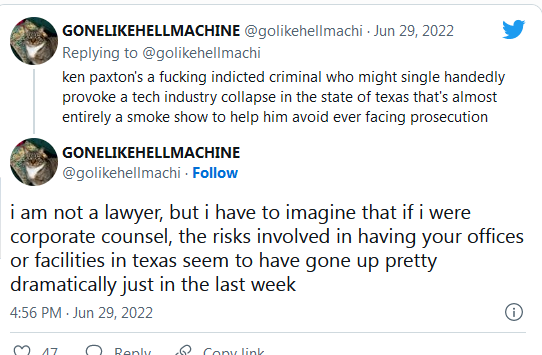 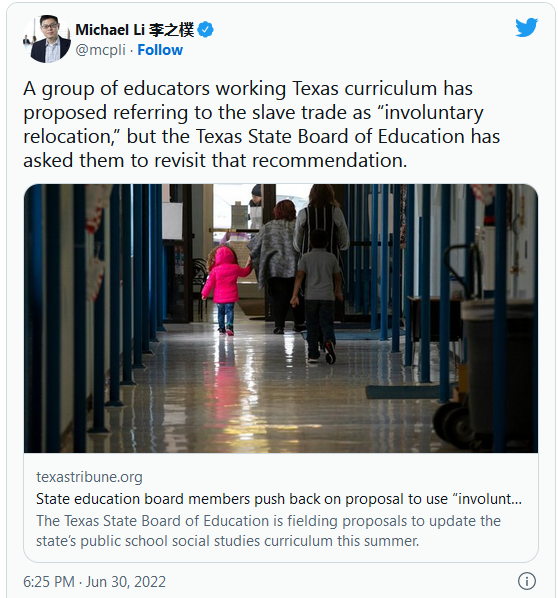