War over resources is as old as time itself, and sci-fi writers have been making bank for decades predicting wars over protecting and providing water (virtually every space book/movie for obvious reasons, hell, even the Bond franchise had a movie about it- Quantum of Solace iirc). It’s always been there, although very remote to the American mindset who all know of the Six Day War in the Middle East but have no memory of the water war that led to it.

At any rate, it’s been at work here for a long time, with differing levels of regional relevance (the west has been dealing, or more accurately, not dealing with this for decades), and there have long been communities scattered across the country who, for varying reasons, have not had access to “modern plumbing.” They run on well water, cisterns, whatever. There are lots of folks not too far out of town from me who don’t have “city water.”

We’re now entering a phase where a lot of people are running into the situation where they do not have safe drinking water, period. We’ve heard of the most infamous cases like Flint, but there are a lot of other places you are going to soon here about. And in many of those places, it’s not because there isn’t access to water, it’s that the water is undrinkable. Like Jackson, Mississippi, fer instance:

Recent torrential rain coupled with years of water system issues have resulted in a crisis in Jackson, Mississippi, where the city doesn’t have enough water to fight fires, flush toilets or even hand out to residents in need.

But the distribution itself proved unsustainable. Residents of all ages were seen waiting in lines more than a mile long at Hawkins Field Airport for at least two hours Tuesday for just one case of bottled water. The event was supposed to span three hours, but barely ran two as people were eventually turned away when the 700 cases of water ran out.

There are any number of reasons why communities may not have access to water, including pollution of watersheds, drought, and other environmental factors, but the most maddening of the reasons is political malfeasance. Redirecting water to agriculture, not enforcing fair water use, profiteering (see Nestle in California, a Saudi Arabian firm growing fucking alfalfa in Arizona, or ranchers just saying fuck it yolo and destroying salmon runs) are other frequent causes. Hell, half of Chile has no water because it has all been redirected to big avocado.

But it’s the malicious politics that bothers me the most. There are a growing number of sacrifice zones in the United States where the simple basics of clean air, clean water, and unpoisoned land have been stripped from the residents. Entire regions of the gulf coast are theoretically unlivable because of petrochemical pollution, mining towns and steel mills have spoiled other areas, and mind you, people are still living there, just no one gives a fuck about them. And then there are areas like Jackson and Flint and others where it is the result of DECADES of intentional neglect. The people there have, for all intents and purposes, been completely and totally disfranchised through systemic racism and endemic poverty, and they have literally no voice, the government gives nary a shit about them, and their needs are completely and totally ignored.

Jackson city officials have spent decades screaming for upgrades to their water system, and there is no fucking reason on earth they should not have drinking water. There are ample surface water sources surrounding the region. It’s just because it is mostly poor, mostly minority, and not Republican that the state government hasn’t done fuck all for decades there. But don’t worry. Governor Tate Reeves is gonna be ok:

Hey Mississippi @tatereeves has an enormous water truck outside his governors mansion that is your tax payer money. Go tell him to share that water pic.twitter.com/08ohkJrek4

All of this is going to get much, much worse with climate change and with half the country being fascist and openly racist.

END_OF_DOCUMENT_TOKEN_TO_BE_REPLACED

"The Internal Revenue Service is planning to spend the first big chunk of its $80 billion expanded budget to hire people who will answer taxpayers’ telephone calls during the 2023 tax-filing season." https://t.co/MQr27IeHgp

… Let’s consider the lie, endlessly repeated by Republicans and the Fox News-led echo chamber, that new legislation enacted by Democrats funds the hiring of “87,000 armed IRS agents.” Like the “death panel” fabrication during the Obamacare debate, this is a whole-cloth invention designed to stoke paranoia.

Sen. Rick Scott (Fla.), head of the National Republican Senatorial Committee, sent an open letter last week warning Americans not to work for the IRS. He falsely claimed that the Democrats’ climate, energy and tax bill would add “roughly 87,000 agents” at the IRS, creating “an IRS super-police force”:

“The IRS made it very clear that one of the ‘major duties’ of these new positions is to ‘be willing to use deadly force.’ … The IRS is making it very clear that you not only need to be ready to audit and investigate your fellow hardworking Americans, your neighbors and friends, you need to be ready and, to use the IRS’s words, willing, to kill them.”

When you figure in attrition (current funding doesn’t let the IRS fill all vacancies), Treasury officials tell me, the expected increase in personnel would be more like 40,000, over the course of a decade — which would merely restore IRS staffing to around the 117,000 it had in 1990.

END_OF_DOCUMENT_TOKEN_TO_BE_REPLACED 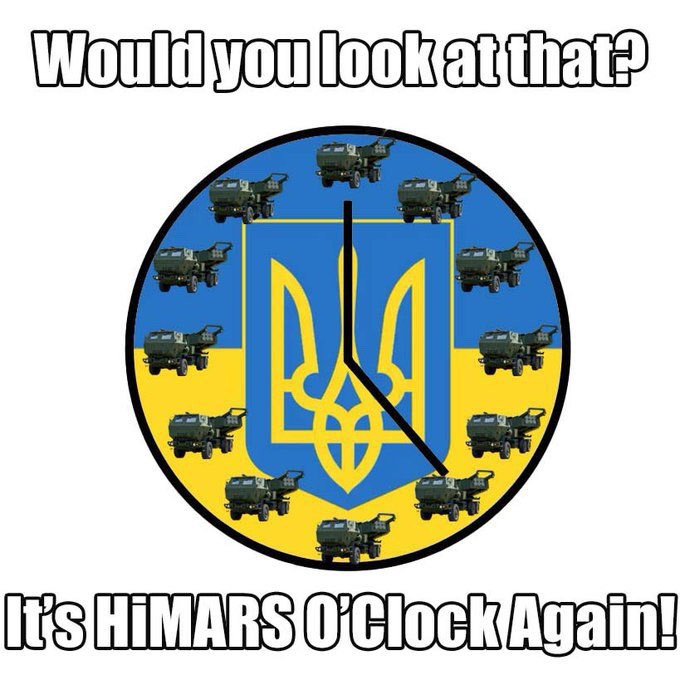 I was all set to start writing last night’s post when the site went down. So I got cleaned up and racked out. But we’re back.

And we begin with a message from the Ukrainian MOD:

END_OF_DOCUMENT_TOKEN_TO_BE_REPLACED

Starting with the unexpected news:

The Democrat, Peltola won in the 2nd round of the instant run-off voting of the House Special Election. She went into the second round with about a 12 point lead over Palin and enough people who initially voted for Begich went 50% Palin, 30% Peltola, and 20% no 2nd vote. A lot of people decided that the reality TV star was not their choice for Congress.

And now for the expected news:

JUST IN: Trump’s lawyers have responded to the DOJ and it’s unclear whether they understand that acknowledging their client’s “possession of … Presidential records” is admitting that he did crimes pic.twitter.com/gE0b9sojCg

He hires the best people!

END_OF_DOCUMENT_TOKEN_TO_BE_REPLACED

Come meet with the folks from Voting Access for All Coalition (VAAC) tomorrow night – Thursday, September 1 at 7:15 pm.

(FYI: This zoom will be 45 minutes long, and Biden speaks at 8 pm, so thee is no conflict.)

You won’t find a more impressive group of people – they are smart, passionate, dedicated, interesting, and inspiring.

EB, who is one of the folks in the video below, makes me think of a modern-day Rosie the Riveter.  I get the feeling that there is nothing she can’t do if she makes up her mind to do it.

Please come join us.  It’s not about raising funds for them – we have already done that – it’s about hearing from people who are out every day helping people get on with their lives, get registered to vote, and vote.

They are joining us after what will surely be a long day of work and volunteering and some have kids to get home to, so we will only keep them for 45 minutes.

On the surface, we probably couldn’t be more different, but it doesn’t take long to see that we are kindred spirits, all working toward the same thing.  If you don’t come away inspired and energized, I will give you your money back!  :-)

Let us know in the comments if you can make it tomorrow night, and don’t forget to send me an email so I can send you the zoom link.

I hope to see a good turnout!  We can see democracy in action for 45 minutes, and we’ll end just in time to see President Biden talk about the fact that our democracy really is at stake in these interesting times.

END_OF_DOCUMENT_TOKEN_TO_BE_REPLACED

In the comments of an earlier post, I shared a tweet from Trump-blighted hack Jonathan Turley, who spent days officiously demanding that the DOJ release more details on what they took when FBI agents busted into Trump’s Florida dump, only to complain when they did release more info that the picture above was included gratuitously to make Trump look bad:

It does make Trump look bad, and that’s because he is bad. There’s no plausible excuse for taking the documents in the first place, refusing to turn them over when requested, returning some documents and concealing others and lying about that.

But aside from that, I’m so glad the photo was included because, contra Turley, some people really do need you to draw a picture for them, and the court isn’t the only audience here. For example, without the photo, I don’t believe this conversation would have happened today:

Steve Doocy to Kristi Noem: "Ultimately, it comes down to why did he have all that secret stuff at Mar-a-Lago? I know his team has said they declassified it, but that's news to the agencies that those documents belong to." pic.twitter.com/WVm1LvbiPs

More broadly, the picture is a signal that DOJ lawyers understand exactly who they’re dealing with and how he has squirmed out of so many past jams. Trump is a squid who emits ink clouds of lies and chaos to escape danger. A picture cuts through all that bullshit.

Moreover, inclusion of the picture tells us the DOJ anticipated the squid cloud of bullshit and preemptively cut through it. Maybe that’s why the legs of Turley’s fainting couch are groaning under his unconscious weight — he echoed the demand of Trump’s sleazy defenders, and when he got what he asked for, it blew up in his face.

At every turn in this saga, Trump did what you’d expect him to do — lie, bluster, rabble rouse, dispatch shoddy weasels to obfuscate on TV — and the DOJ cut him off at the knees every time. It’s not rocket surgery to predict what he’ll do, and not even a mouth as big as Tangerine Baal’s can ingest dozens of boxes of paper, so there was going to be evidence.

But still, it’s a thing of beauty to see someone anticipate which direction he’ll flail next and set a trap so that every demand satisfied ensnares him further. Bravo, DOJ.

END_OF_DOCUMENT_TOKEN_TO_BE_REPLACED

For our Anniversary last year we decided to take our first real vacation since Covid, spending a weekend in Pismo Beach CA.  We wanted something reasonably priced but with an ocean view so we chose the Koa Tiki Inn.  We know several Los Angeles friends whose families have been going there for decades so we decided to trust their suggestion.  The drive up was fairly easy but we did see a lot of Recall Newsom signs (oof, how’d that work out?)

END_OF_DOCUMENT_TOKEN_TO_BE_REPLACED 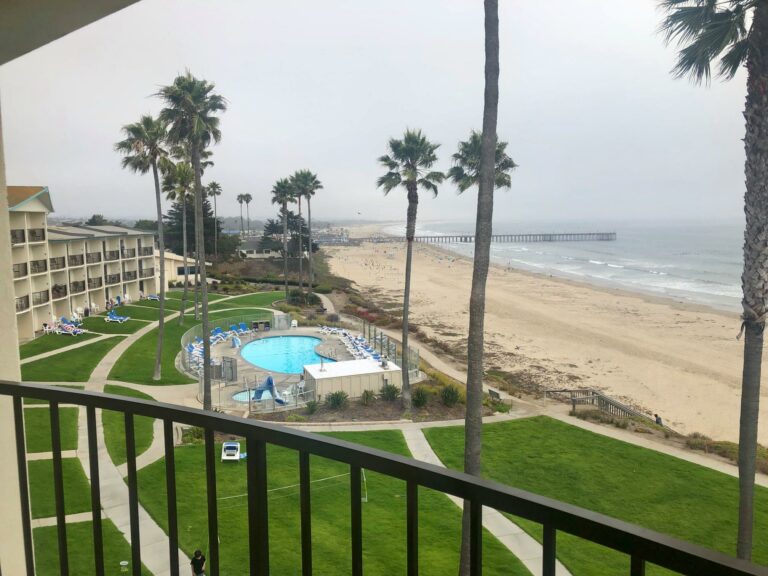 Here is the great view from our room.  Every room at the Koa Tiki has an ocean view.  And the pool was nice with two hot tubs that if you timed it right you could sometimes get all to yourselves with amazing views of the sea.  We even saw a whale breaching off in the distance at one point, right from the comfort of the hot tub!

That said, we also had to share the hot tub with an old man who wanted to talk about the terrible withdrawal from Afghanistan and Antifa and how crime was out of control…sigh, you can’t go anywhere without these old, white, MAGA fuckers…