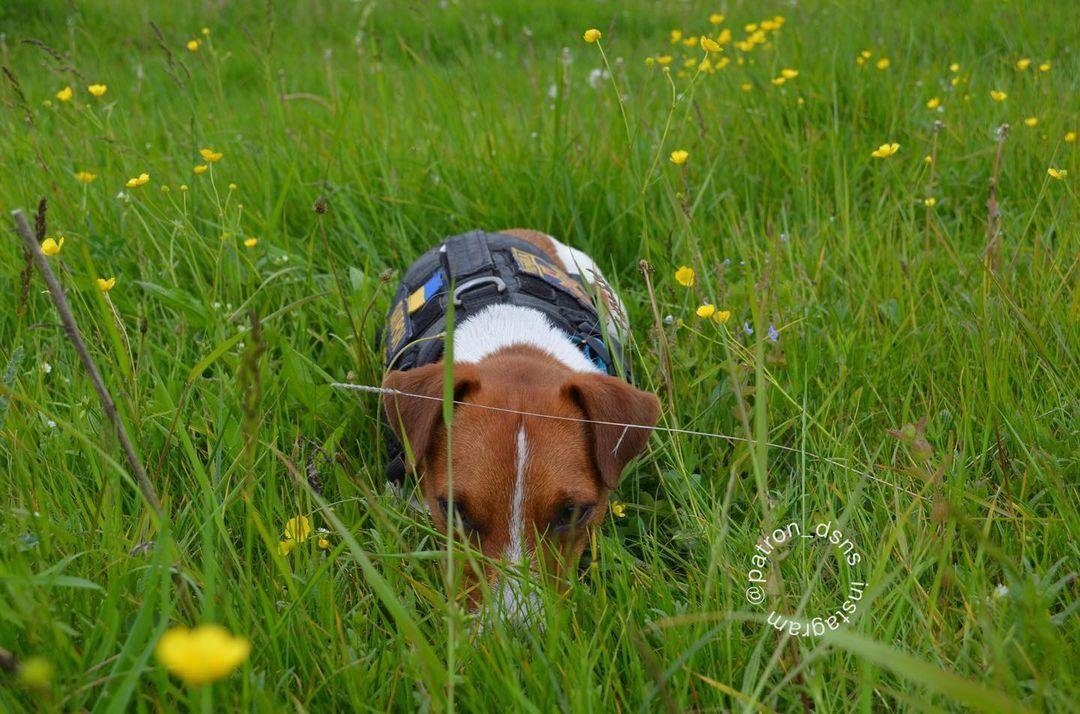 I wound up getting up far earlier than expected because I just woke up and couldn’t fall back asleep, so tonight’s update will be brief.

The video of President Zelenskyy’s address is below. The English transcript is after the jump (emphasis mine):

For 177 days already, the report on the events in Ukraine is important for the entire continent.

Ukrainian diplomats, our partners, representatives of the UN and the IAEA are working out the specific details of the mission to be sent to the Zaporizhzhia nuclear power plant. With this mission, the restoration of full security at the ZNPP and in Enerhodar can begin. And I am grateful to everyone who joined this work and initiative.

If Russian blackmail with radiation continues, this summer may go down in the history of various European countries as one of the most tragic of all time. Because not a single instruction at any nuclear power plant in the world envisages a procedure in case a terrorist state turns a nuclear power plant into a target.

Of course, today it is worth paying attention to another aspect of Russian blackmail in the field of energy. Gas supplies to Germany via the first Nord Stream are again being restricted and absurd statements are being made again that it is allegedly possible to compensate for something via Nord Stream 2. These “streams” are needed by Russia exclusively to supply problems to Europe, not to help someone there with gas. Now it is absolutely obvious.

The longer the terrorist state remains on the European and world energy market, the longer it will not be stable. And the sooner everyone in Europe prepares their energy systems to exist without any supply of energy carriers from Russia, the sooner they will be able to calmly go through any winter.

Today there was a very important visit to Ukraine by Eurocities representatives led by the mayor of Florence. This Association unites the mayors of more than 150 European cities, as well as representatives of dozens of other partner cities.

The key issue is, of course, the rebuilding of our cities. The relevant memorandum was signed today. But not only this will be the subject of our important cooperation.

On the Ukrainian side, the subject of relations with the Association of European Cities will be our Congress of Local and Regional Authorities. I want to assure that every city of our state will benefit from this. We are interested in sustainable development throughout the territory of Ukraine – and it will be so. Without any exceptions.

And today I want to address separately the residents of all our cities of Ukraine, which are subjected to constant brutal shelling by Russia. Kharkiv, Mykolaiv, all the cities of Donbas, the Dnipropetrovsk region, the Zaporizhzhia region… All those who experience this constant horror of the destruction of life and the destruction of everything that gives life normality. We will not leave any of these strikes unanswered. We will establish the identity of every occupier who gives orders and executes these strikes at cities. And we will bring them all to justice in one way or another. No murderer will hide.

Eternal glory to all who bring our victory closer!

Eternal glory to all who fight for our beautiful, strong Ukraine, for our people!

And here is his updated assessment and map for today regarding the battle for Kherson:

KHERSON AXIS /1430 UTC 19 AUG / The UKR offensive in the south is being skillfully laid. Local Partisans and UKR SOF continue to call in precision strikes against RU ammo depots and critical infrastructure: these actions isolate and logistically stress RU forces in Kherson. pic.twitter.com/KVt8gOSvrB

Glory to Ukraine! The one hundred seventy seventh (177) day of the heroic resistance of the Ukrainian people to a russian military invasion continues.

There are no changes on the Volyn, Polissya and Siversky directions. The enemy shelled the village of Pavlivka, Sumy oblast, with artillery.

In the Bakhmut direction, the impact of fire from tanks, barrel and jet artillery was noted in the areas of the settlements of Bakhmut, Soledar, Berestove, Vesele, Zaitseve, Yakovlivka, Kodema, Spirne, Ivano-Daryivka, Bilohorivka and Zalizne. The occupiers struck with attack aircraft in the Soledar area.

The enemy waged offensive battles in the direction of Spirne – Vyimka, Strapivka – Soledar, Volodymyrivka – Soledar, Klynove – Bakhmut, Vershyna – Kodema. The enemy’s units did not succeed in the indicated areas and retreated.

In the South Buh direction, the enemy continued shelling our positions from tanks, barrel and rocket artillery along the battle line. He carried out an airstrike in the area of ​​Mykolaivske settlement.

In the Black Sea and Sea of ​​Azov, there are three Kalibr sea-based cruise missile carriers on combat duty.

We believe in the Armed Forces! Together we will win! Glory to Ukraine!

Here is the British Ministry of Defense’s assessment for today: 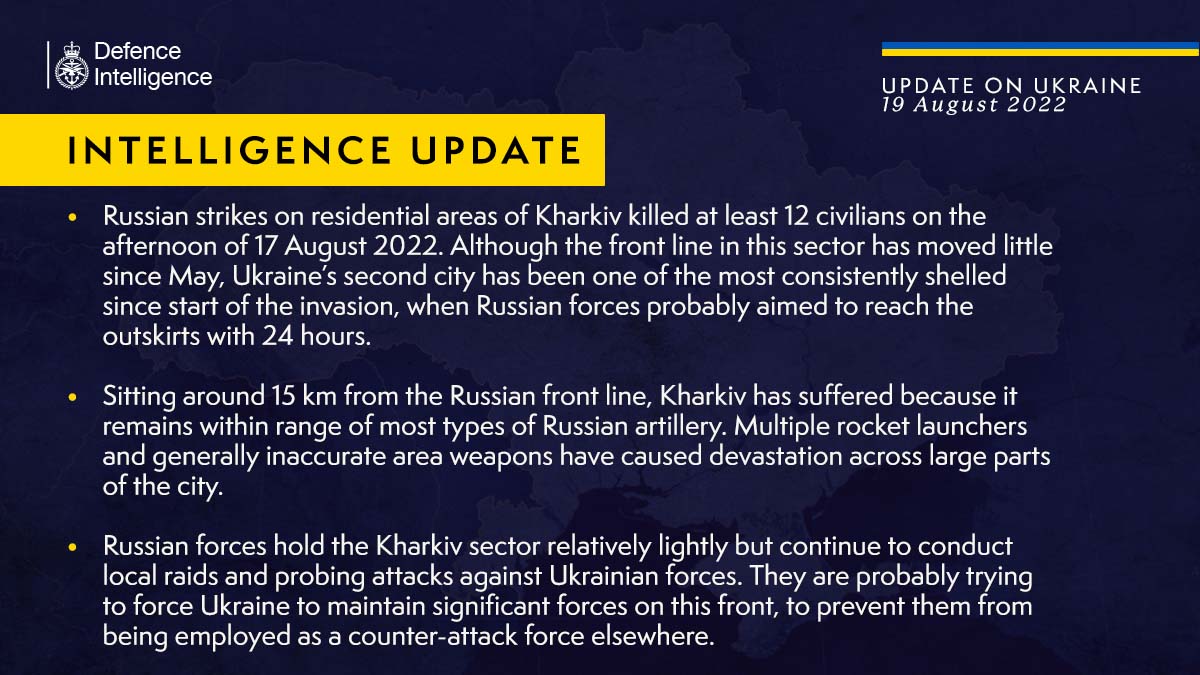 NBC is reporting that pro-Ukrainian saboteurs – read that as Ukrainian partisans – are responsible for the recent attacks on Russian military targets in Russian occupied Crimea:

The series of blasts hit military depots and airbases in the annexed peninsula over the past week, hinting at a growing ability by Ukraine’s military or its backers to strike deep behind enemy lines, a development that could shift the dynamics of the war.

Kyiv has stopped short of publicly claiming responsibility for the explosions.The government official spoke on the condition of anonymity because he is not authorized to disclose information about the Crimea strikes to journalists.

Experts have speculated that guerrilla fighters, known colloquially as “partisans,” may have played a role, given the nature of the blasts.

The official declined to say whether the Ukrainian military or special forces were also involved in the attacks. But he added, “Only thanks to the people who oppose Putin in the occupied territories and in Russia today, resistance is possible.”

ITV News reporter Emma Burrows reported by Twitter thread on a not for attribution briefing by a western intelligence official regarding recent events in Ukraine:

NEW: Western intelligence official: 'The real story is about (Russia's) Black Sea Fleet. They've lost their flagship Moskva, they lost Snake Island, they lost half of their naval aviation package and their military headquarters was struck.'

I know that the second part of that WaPo series was published today. The bottom line is that Russian intelligence appeared to be high on its own supply regarding Ukraine and Ukrainians. I’ll deal with it tomorrow.

The French government said that they are ready to help in demining and reconstruction of the Chernihiv region. Meanwhile, I: Bon, no, boooon jour. Rrrr (trying to fix my French pronouncing). pic.twitter.com/3wbRJjRH14

Previous Post: « Friday Evening Schadenfreude Open Thread: Who’d Be A Trump Lawyer?
Next Post: I Want To Pump You Up »