You are here: Home / Foreign Affairs / War for Ukraine Day 206: We Must Bear Witness So That Never Again Actually & Finally Means Never Again! 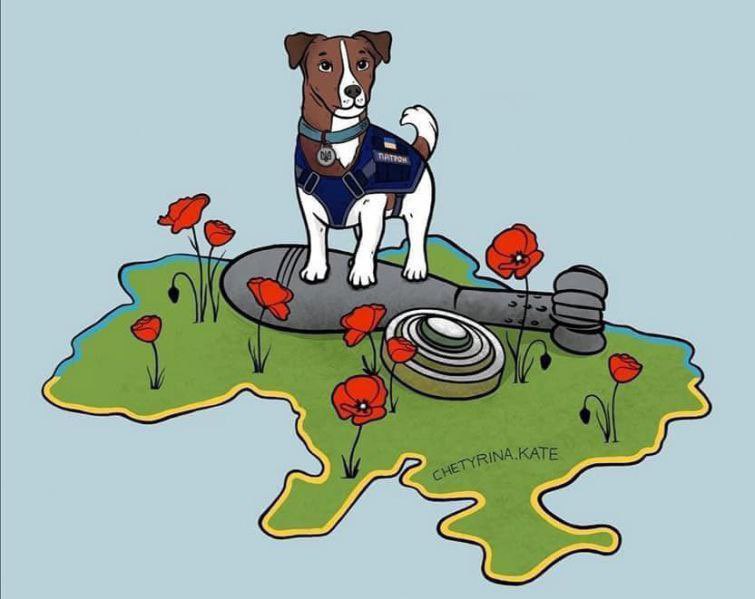 Here is President Zelenskyy’s address from earlier today. They haven’t posted the transcript at the presidential website yet, so I’m copying and pasting the partial transcript they’ve posted under the video. Video below, partial English transcript after the jump:

Exhumation work continued today in Izium, Kharkiv region, at the site of the mass burial that had been found. Examinations of the bodies are being conducted. New evidence of the torture used against the people buried there has been found. More than ten torture chambers have already been found in the liberated areas of Kharkiv region – in various cities and towns. As the occupiers fled, they also dropped the devices for torture. Even at the ordinary railway station in Kozacha Lopan, a room for torture and tools for electric torture were found. It’s just a railway station! Torture was a widespread practice in the occupied territory. That’s what the Nazis did. This is what ruscists do. And they will answer in the same way – both on the battlefield and in courtrooms. We will identify all those who tortured, who humiliated, who brought this atrocity from Russia here, to our Ukrainian land.

I’ve seen a lot of the photos and the videos coming out of Izium regarding the mass burials. I’m going to post some here, because it is a moral imperative for those of us who can bear to look to actually look. For the past 77 years we’ve been repeating the mantra “Never Again” as a response to the Holocaust. What we’ve seen repeatedly over those 77 years is that it wasn’t a mantra, it was a largely empty platitude. As the survivors and descendants of the Cambodians who endured the Killing Fields, of the Chinese who endured the Cultural Revolution, of the Rwandans who endured the massacres, of the Bosnian survivors of Srebrenica, of the Yemenis being starved out by the Saudis (with, unfortunately, our support through military sales and training), and many, many others know all too well. We either need to turn this platitude into the mantra and mission statement it was meant to be or we need to retire it for good.

Today in Izyum, investigators exhumed the body of a civilian man with traces of torture from grave number 91. I had to film a man who was dragged out with his pants down, castrated and with his hands tied behind his back. Photo in the link, but you don’t need it

This is Kharkiv region. Massive graves. Russia has to be designated as a state sponsor of terrorism. pic.twitter.com/2A5cXaWbO3

Dmytro Lubinets said that the bodies of soldiers with tied hands were found in Izium, Kharkiv Oblast. The soldiers may have been tortured before being killed, he added.

It could be any of us. Just because we are Ukrainians.#IzyumMassacre pic.twitter.com/iIQKEq08e3

20 more bodies were exhumed today in Izium town in northern Ukraine. The bodies were buried in a makeshift cemetery after Russian military took Izium about six months ago. https://t.co/eZs5jJZi4j

The cartoon above is referring to this:

One bomb – 6 graves. On March 9, a 🇷🇺 aerial bomb hit the house of the Stolpakov family. 6-year-old Olesya, 8-year-old Sasha, their parents and grandparents are buried alongside hundreds of other residents of Izyum. They have been "liberated" from a peaceful life by 🇷🇺 murderers. pic.twitter.com/rpMtub50Xt

And a completely different kind of atrocity:

A final ovation for ballet dancer Oleksandr Shapoval at the Kyiv Opera House.

He’d performed for 28 seasons before volunteering to fight in the east.

While Ukraine enjoys successes on the battlefield, his death is a reminder of the enduring, awful cost of this war. pic.twitter.com/6V1m2vVFlr

UNDER FIRE: In Zaporizhzhia Oblast, RU artillery opened fire on a bus carrying Papal representative Cardinal Konrad Krajewski. He was on a humanitarian mission. https://t.co/MN0xl1wAwH pic.twitter.com/FqFbIUHu4w

IT BEGINS: Uknown arsonists set fire to vehicles belonging to Russian propagandist Dmitry Kiselev at his country home in the Crimean village of Koktebel. The attack occurred at 0200 local time on 17 SEP; the perpetrators remain at large. https://t.co/Jp2AwZoJk7 pic.twitter.com/Gs6PnYvdYh

And now for something a bit lighter:

Hat tip on this one goes to Yarrow:

Good food leads to good fighting, as our Warriors prove.

Which of these dishes would you like to try?

And here’s my present: I’ve verified ❤️❤️❤️❤️ Thanks to my fairies in this digital world. Lick 👅 pic.twitter.com/8Uc5vHDiat

Dogs don’t wear bracelets.But today, the blue-yellow bracelet is of great importance.If you have one or would like to buy one, know that by wearing it,you are speaking out against terrorism and genocide.The blue and yellow bracelet is a symbol of struggle. #russiaisaterrorisstate pic.twitter.com/1xpOLzlLhH

If you know of a reputable site selling blue and yellow paracord and/or other types of bracelets, especially if the profits are being donated to support Ukraine, please put the link in the comment. If someone here makes these types of things, which given all the different things you all who comment and lurk actually do would not surprise me, and you want to set up “will make for the community here and then donate everything above the costs of the materials to charities that are helping the Ukrainians”, send me an email and I’ll get with Cole and Watergirl about how we’d get that set up.