The Village and Good-bye

As I write this post, autumn has arrived in New England. Again.

A year ago—though it feels like just last Tuesday—Steve from Mendocino was saying that autumn would round out four seasons of picture-taking with my new camera. And now another year has passed with barely a blink. At the same time, so much is going on that historians will be busy analyzing it for decades.

Time runs differently when you get older, and I was still trying to adjust to that change when the pandemic came and threw any remnants of time passing normally into the dustbin. For over a year I never went anywhere (my son did my grocery shopping for me) except to get in the car and go for a drive once a week, just to remind myself that the world was still out there.

Then, in the summer of 2021, it seemed like maybe we were heading back to “normal” life. Steve first raised the question of a Mendocino visit in June, but he and his wife thought we should wait until after fire season, not to mention that my first grandchild was due in November. So we planned a trip for February.

January brought the omicron variant, a new wave of covid infections, and a postponement until April.

But the trip did happen at last, and a very lovely one it was.

And then it was over.

Most of these pictures are from the last set I took in Mendocino, on a day when I sweet-talked Steve into taking me on one last, unscheduled jaunt. Unlike my younger self, my older self wasn’t surprised that a long-awaited adventure was coming to an end. But these last pictures still have a bittersweet feel to them, an echo of what I wrote in my first barn post over a year ago. Part of the reason I take pictures, I said, is that “someday I’m not going to be here, but right now I am. Everything changes, and my pictures are my ongoing attempt to capture the flow, one moment at a time.”

I was in Mendocino, then I wasn’t. In fact, another half-year has gone by since then.

Autumn has arrived in Maine, and I’m grateful that I’m still here to try to capture it. 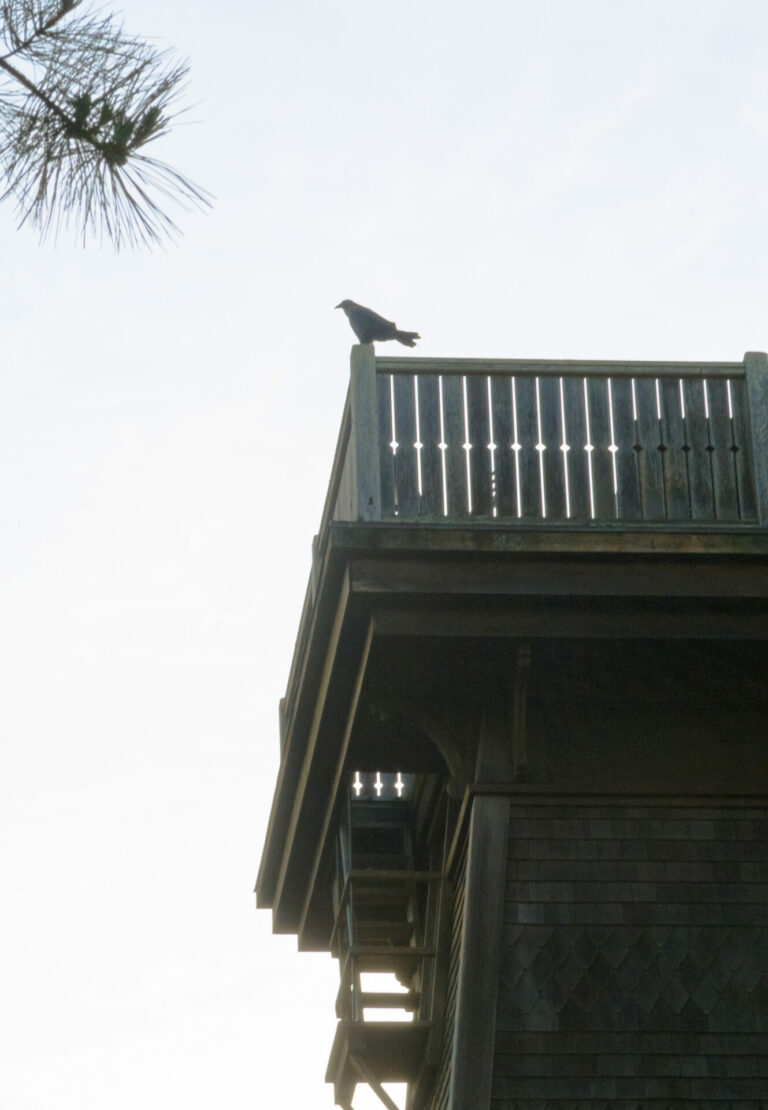 My very first raven: Until that morning, I had somehow managed to get into my seventies without ever knowingly having seen a raven. This one posed for a picture, and I was standing by with a camera. 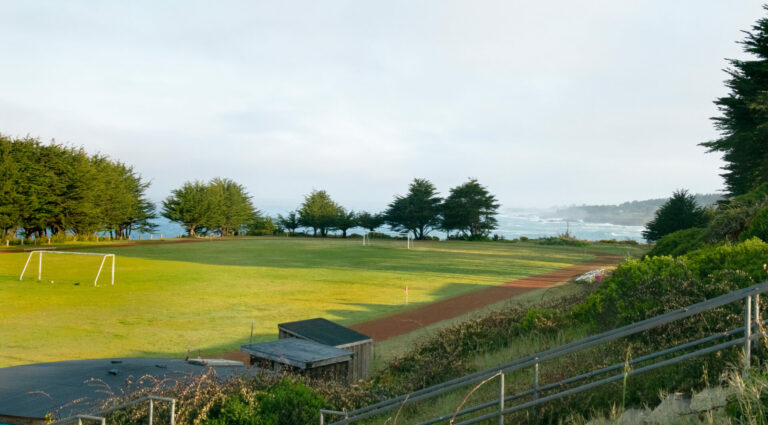 Mendocino High School sports field – If I hadn’t had kids who played sports, I’d be skeptical that anyone could pay attention to a soccer game with that view behind them. 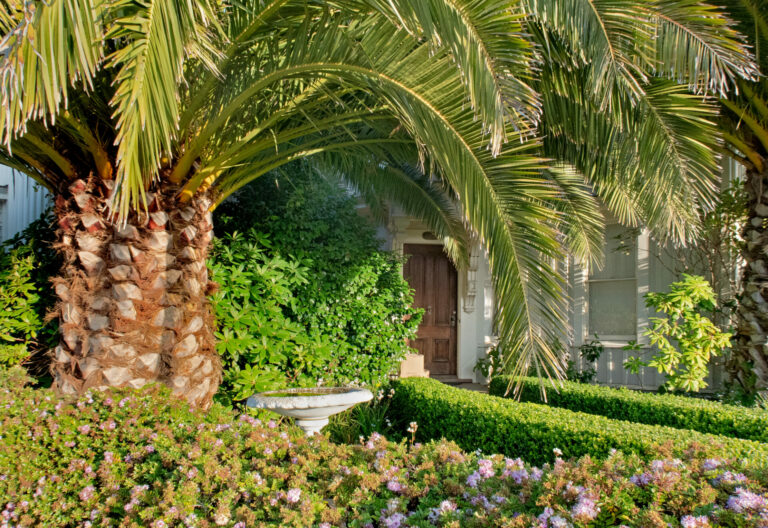 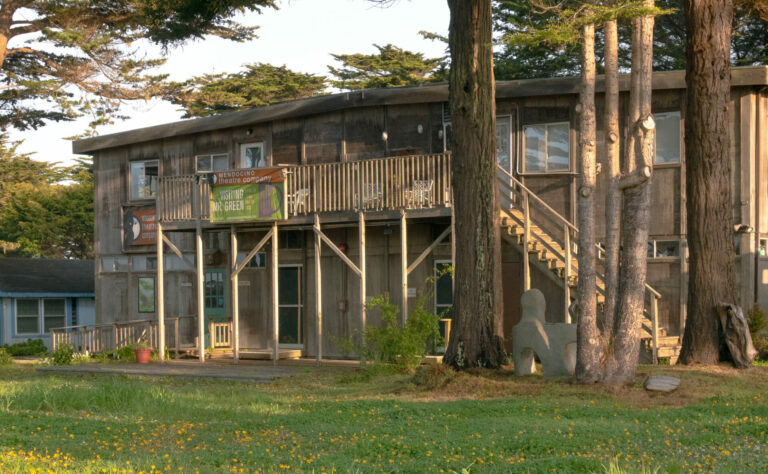 Mendocino Theater Company – Waiting for the next performance. 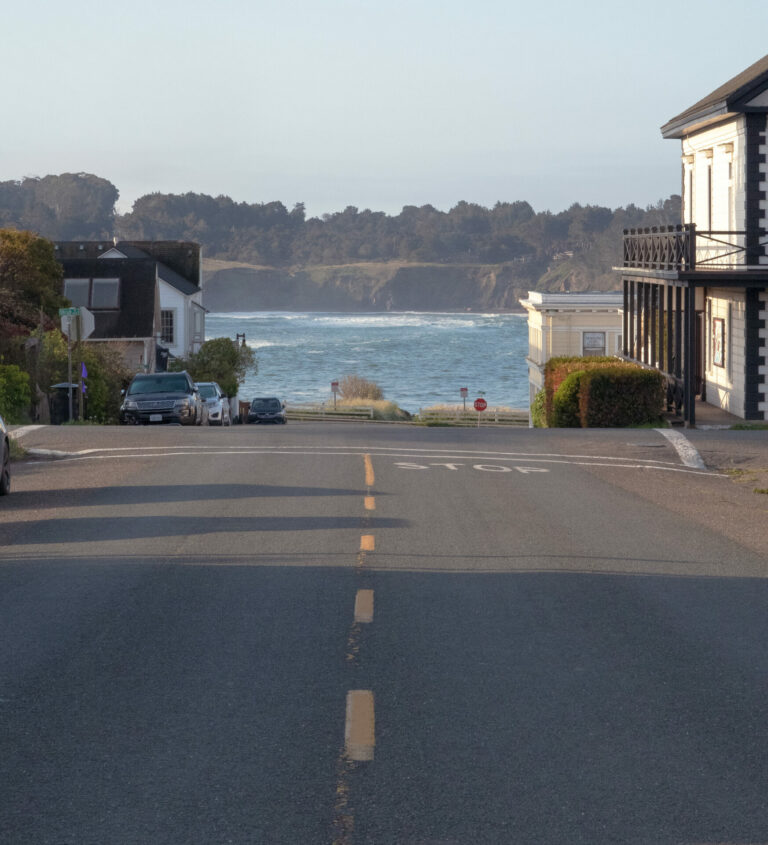 The village and the sea, in constant conversation. 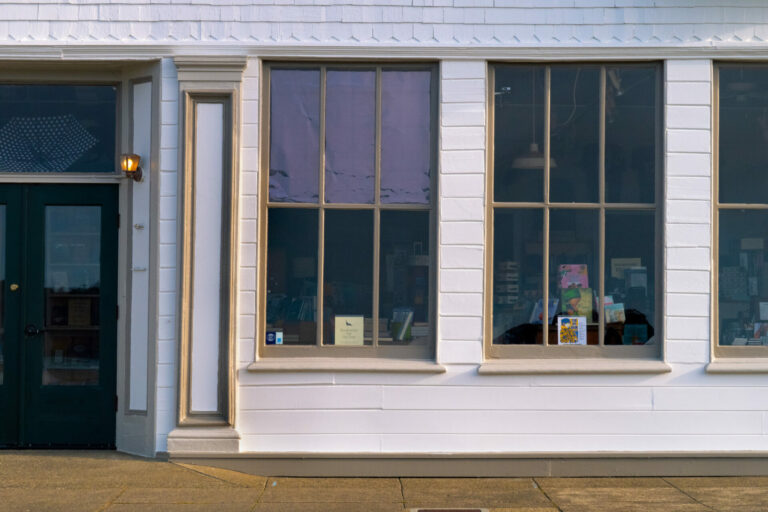 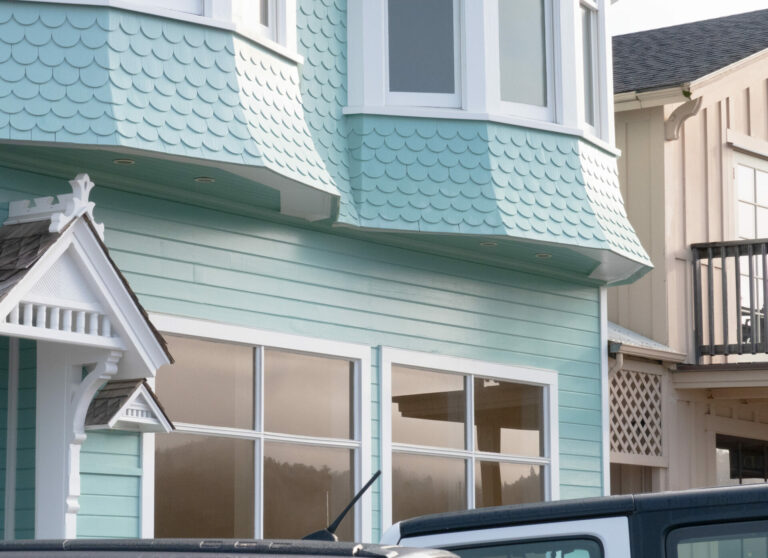 An empty gallery and some colorful shopfronts. I wrote earlier in this series that the landscape was so different in Mendocino compared to Maine that it required me to see in a whole new way. That includes the built environment, which is more colorful and somehow more varied than what I’m familiar with at home. There’s a subtle feeling of lightness to the buildings that may be related to the fact that they don’t have to withstand a Maine winter. I’m not sure that theory is correct, but I’m working on it. 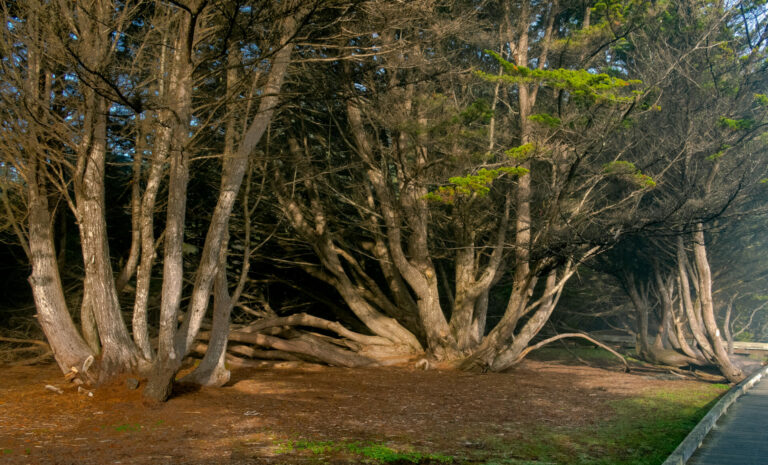 Circling back to my first morning. 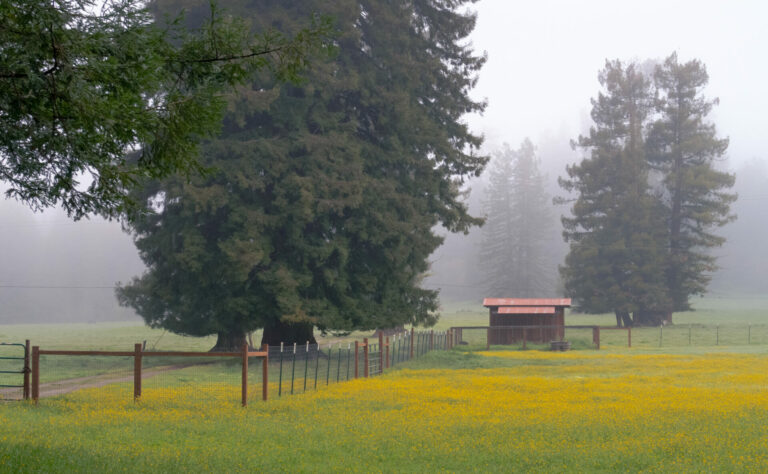 Morning mist along the Comptche-Ukiah Road.

The road goes ever on and on….

And then it’s time to go home.