You are here: Home / John Cole Presents "This Fucking Old House" / All In One Open Thread

The ladies were very busy overnight! 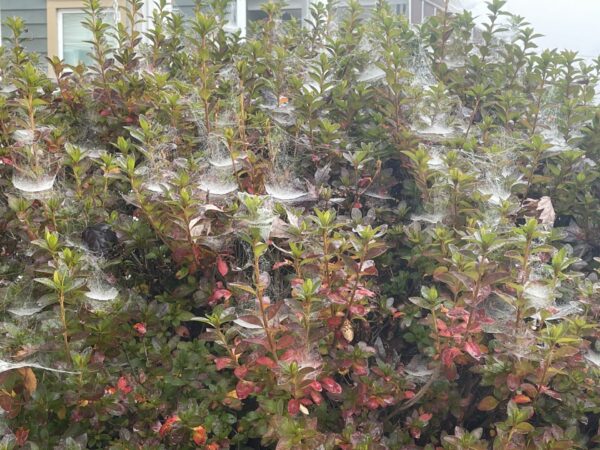 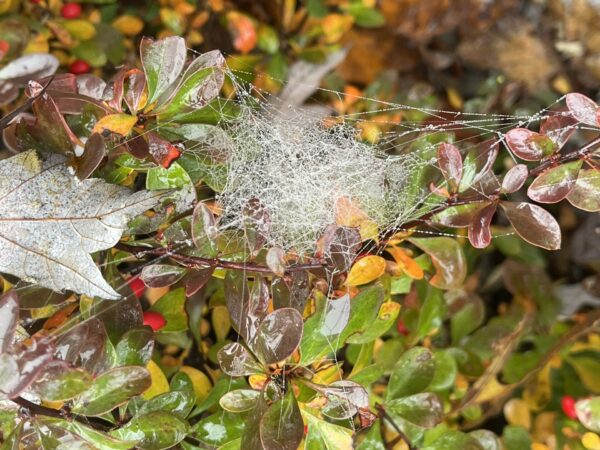 You don’t need to buy fancy Halloween decorations if you stop pouring fucking poison on every square inch of your yard and just embrace everything that is going on and stay out of its way.

In other news, Thurston is being the goodest boy. He spent six years wanting to be an only dog and he is rising to the occasion. He follows me everywhere, and if I stop short he runs into the back of my leg. He never ever sat on my lap, preferring to sit on the couch when we were both downstairs (even when Lily was upstairs), but now I can barely get situated in the chair and he is up there embracing the constant attention. Needy bastard.

Dad will be released from his rehab joint on Saturday and is coming home, and I didn’t tell you all this because of the Lily news on Saturday, but he contracted covid there and tested positive on Saturday, as well. The fuckers even tried to blame him for bringing it to the facility because they had taken him to the hospital for updated X-Rays on Thursday. The nervy fucking bastards. His General Practioner is a great guy and pitched a fucking unholy fit, just absolutely fucking livid that they let this happen, and dad was on the anti-retro virals immediately and felt better by Monday. So that is good. He’s really going crazy in there because he is absolutely not mentally built to be in a situation where he is not in control. Neither is my mom, for that matter. I, on the other hand, am a much more “jeebus take the wheel” kind of guy, and I don’t know where I got it. Maybe the army taught me how to realize how to just roll with the punches, or maybe it was the numerous encounters with psychedelics when I majored in street pharmacology as a youth that allowed me to just sit back and see where shit takes me. But, whatever.

Finally, and I know I have a track record of being wrong on a lot of things, but I just don’t think things are going to be as bad as a lot of people do. I’m not gonna engage in speculation about the polls or any of that unskewing the polls bit, but it just does not FEEL like the energy is there from Republicans. I’m not seeing the signs, or the anger, or the general mania I felt in 2016 and 2018 and 2020. Maybe I am so isolated and in a cocoon that I am going to be shocked, but I am just not feeling it. Regardless, there is nothing I can do about it but vote. So we will see.

Hope you all are well.