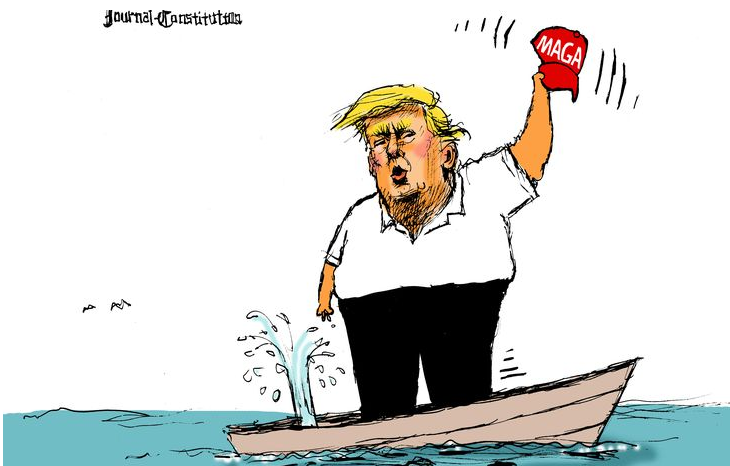 *You* may be too tasteful to enjoy watching the ongoing GOP Uncivil Wars, but *I* come from a proud Irish-American tradition of celebrating your enemies’ every misstep.

The Republicans are now in a perfect storm of everything constantly getting worse internally for them, if they get the House it will be narrow and a circus, meanwhile, the elite deluding themselves with Desantis while the base still loves Trump.

This quote is so beautiful. Never forget this – the people turning on Trump are doing so only because of their distaste for losing. In their own words he is at his most irresponsible and chaotic *today* – when he wields no power, unemployed at a country club in Florida. https://t.co/QetLIkTa3Z

republicans are stupid and have no agency over for whom they vote. that’s not my opinion, that’s the opinion *of other conservatives* https://t.co/3vshhh1pYK

We're in a brief haze where DC reporters have angry anonymous McConnell interns buzzing at them about how Trump cost them the election. The same haze as in 2018, 2020, and 1/6.

These sources are a trivial minority, soon to be drowned out. Trump is still what GOP base voters want

What's clear now is that the upper crust of conservatives really do want to move on from Trump, and they're going to be confused when the slobbering feral base refuses to let them.

It is impossible to decide who to root against here. #GOPCivilWar pic.twitter.com/PxcKOOGCkY

They had two years to differentiate themselves from Trump and the only thing they did was reprioritize anti-LGBT hatred as a core animating principle. Made all the more vicious by the embrace of sedition and street violence. https://t.co/1rvEAAIWUS

trump has loser stink on him now but these conservative faux intellectuals are learning in 2022 what every normal human knew in 2015, which is that he will burn the whole thing down if he can be king of the ashes.

A political party can move on from a leader that loses elections pretty easily.
Moving on from the greatest American ever, the real POTUS, a man anointed by God himself to save the people from the enemies of Christ (and the children from a Satanic pedophile cult), that’s harder. https://t.co/8OBkJbu6ju

Asked who would be a tougher competitor in a general election, former Pres. Trump or Florida Gov. Ron DeSantis, Pres. Biden says, "It'd be fun watching them take on each other." https://t.co/nwvCcJYc2B #Election2022 pic.twitter.com/C59ZQhTqjA

Some Good News from Four Directions and a Double-Angel Match and an Angel Match
Next Post: War for Ukraine Day 261: On the 11th Hour of the 11th Day of the 11th Month the Guns Were Not Silent in Ukraine