Four Directions says they are in good shape, and we funded two canvass teams for Worker Power. That’s 2 canvass leaders and 25-30 pairs of boots on the ground.  We couldn’t have done that without all the Balloon Juice angels and everyone else who donated.

The three thermometers for the GA runoff will remain in the sidebar, but unless something unexpected comes up, we are done with targeted fundraising posts until the time is right in the new year.

For now, I’ll just say that Balloon Juice is responsible for having raised $925,000 for our targeted political fundraising, and I don’t think we’re giving away too much in advance of our analysis posts if I say that I think we did good!

Update:  I had asked if we could get photos of at least one of “our” Worker Power teams, and it just arrived. 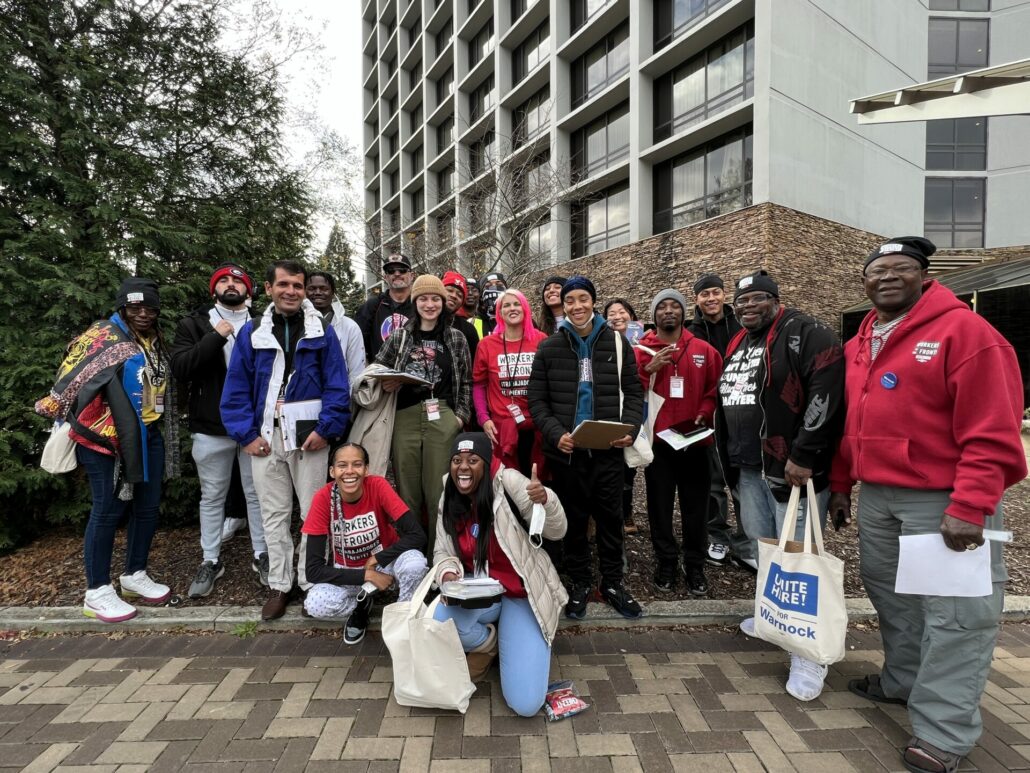