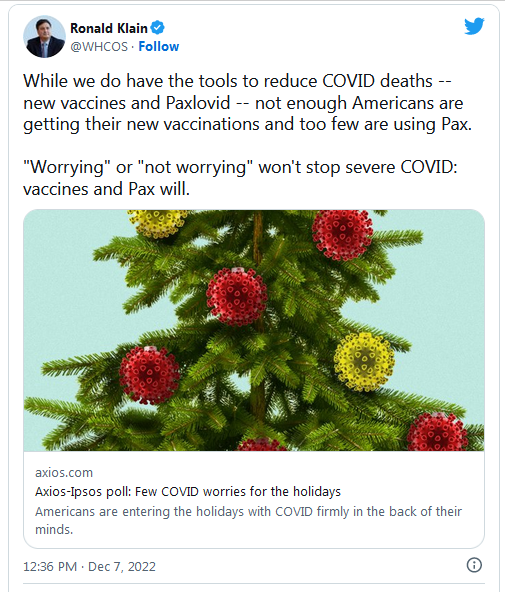 The rise in US Covid hospitalizations may surpass the summer BA.5 wave, fueled by waning immunity, lack of mitigation and BQ.1.1https://t.co/o5ibW11jaX pic.twitter.com/Y3Uf6EKC3i 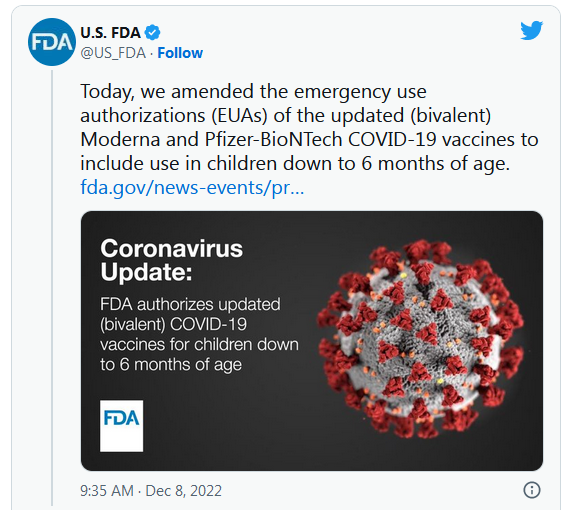 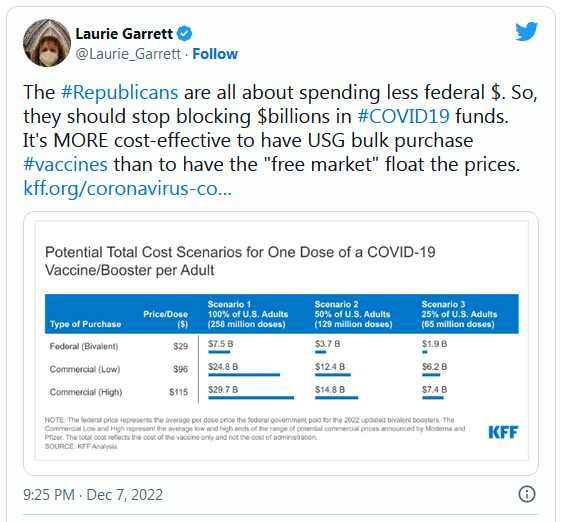 For much of the world, 2022 marked the beginning of the end of the COVID-19 pandemic. https://t.co/ZUTdE9ABrp 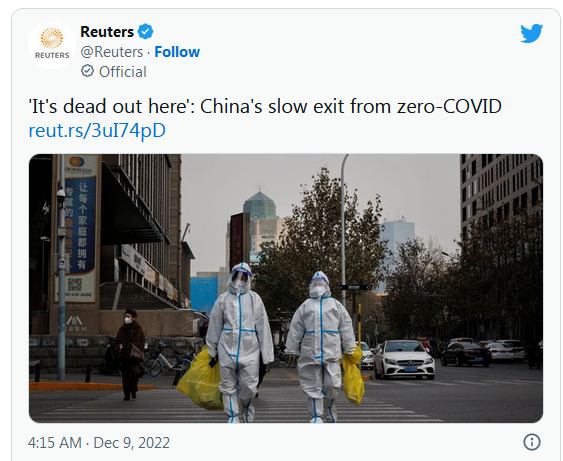 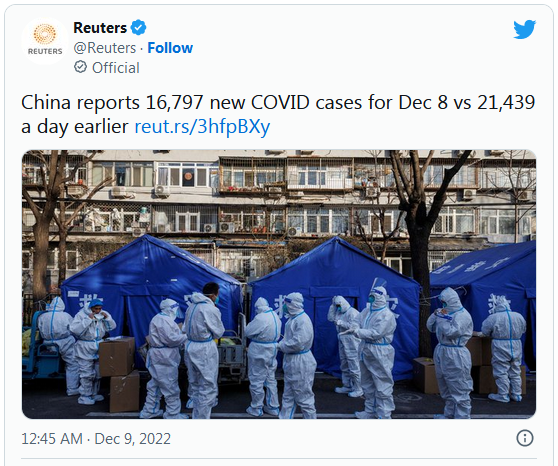 There's relief, but also confusion & fear
Parts of the city are quiet. People allowed out, but some stay in, feeling unprepared
It's like whiplash. Authorities went from declaring all out war on covid, to suddenly downplaying the risks
People/businesses playing catchup pic.twitter.com/HEDHCW2zvS 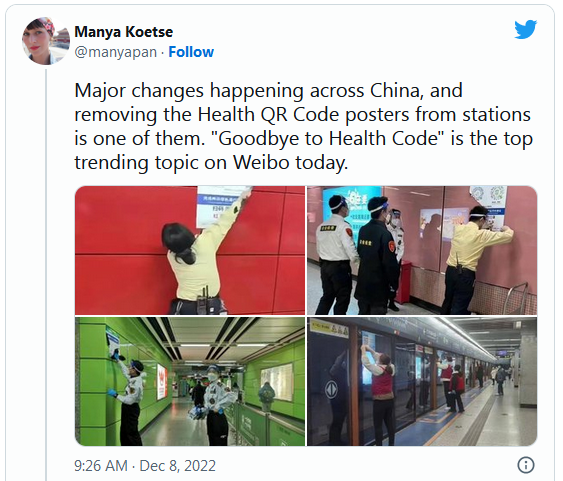 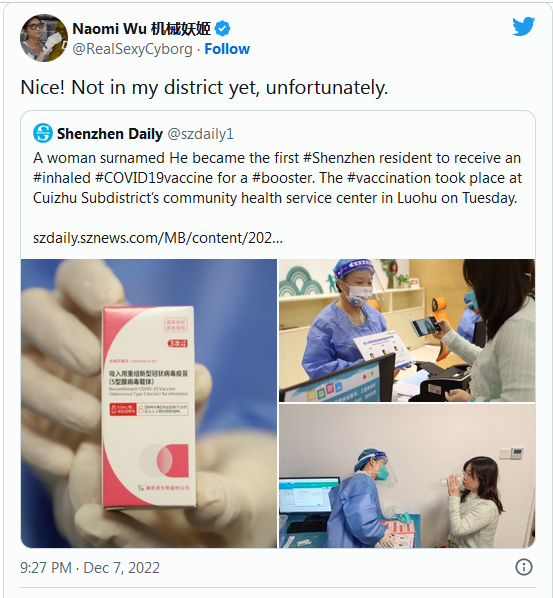 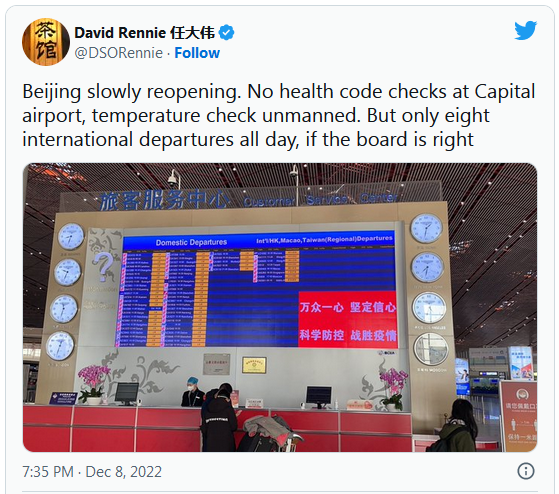 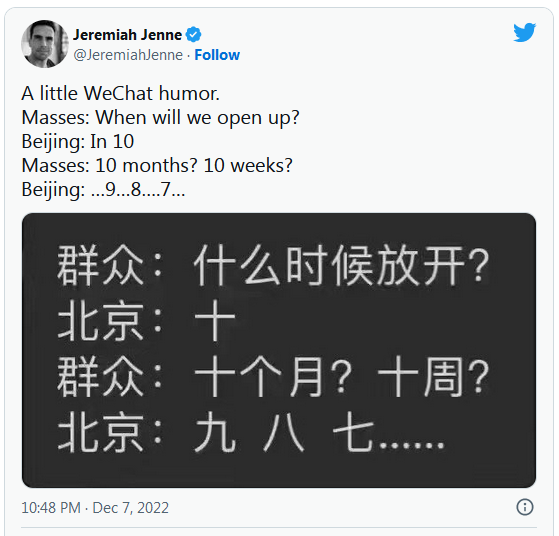 On interdependence and medical supplies, once its demand side needs were resolved, China was ultimately a MASSIVE exporter to the world of personal protective equipment (PPE) in response to the COVID-19 pandemic starting April 2020

That's the precautions they are advising the public to take.

Not well-fitting K/N95 masks (which also lessen the severity of infection if you do get infected)https://t.co/S3jdVMflvU 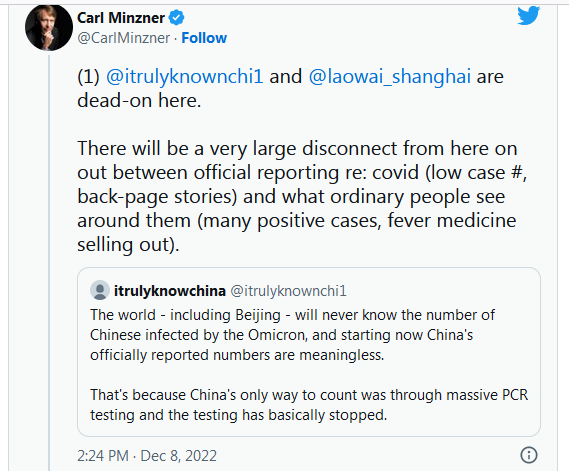 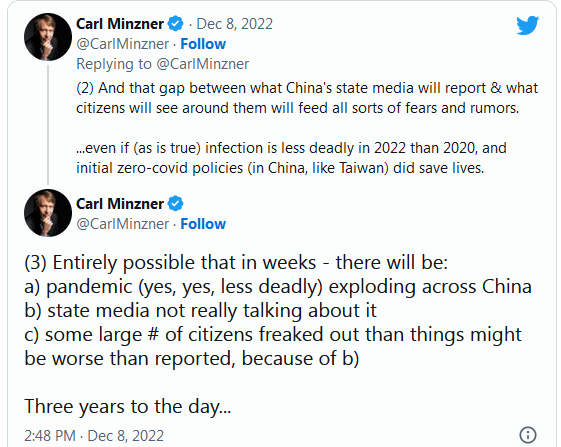 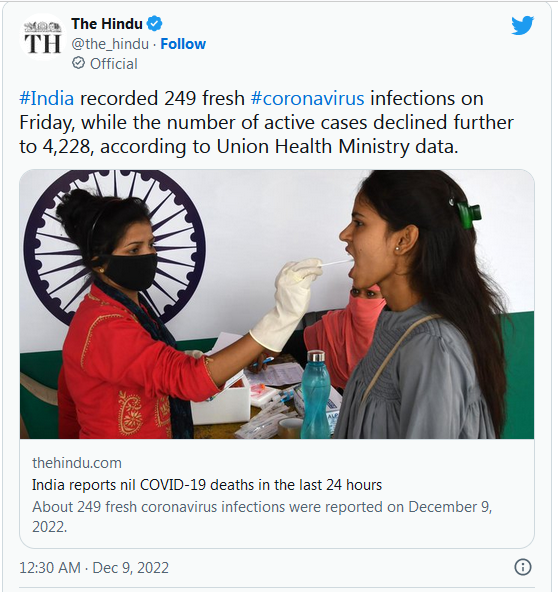 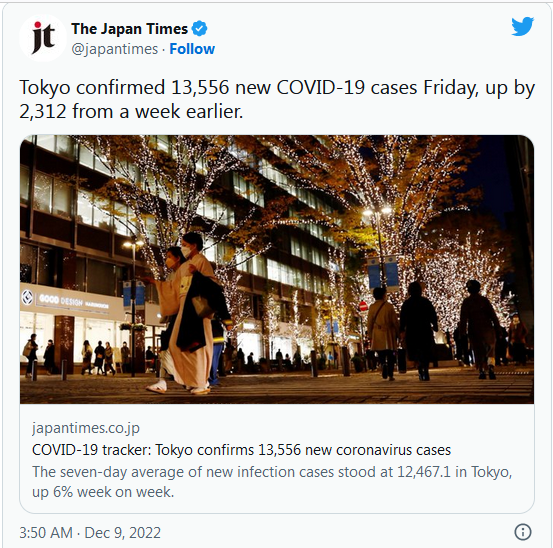 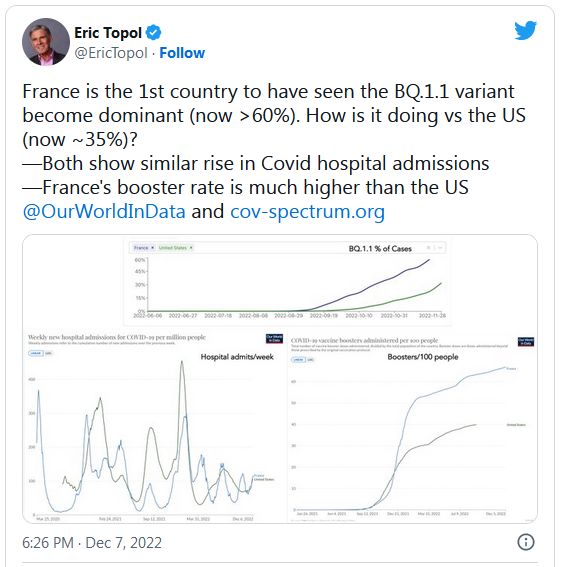 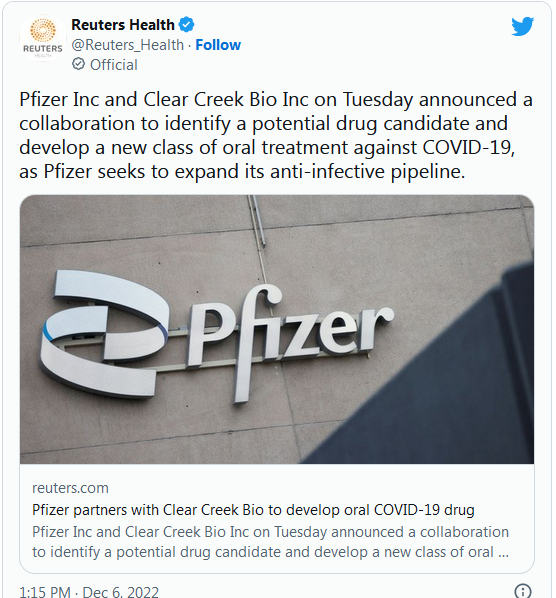 My latest: The covid treatment Paxlovid has been free so far.
But soon people who are at the highest risk of severe illness and are least able to afford the drug — the uninsured and seniors — may have to pay the full price. https://t.co/aOEDg6h8Hk 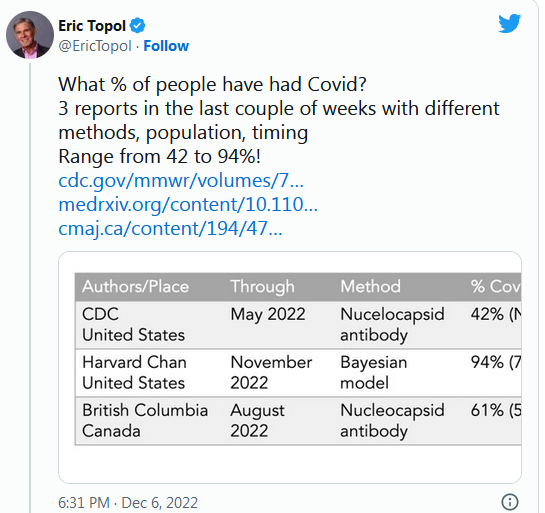 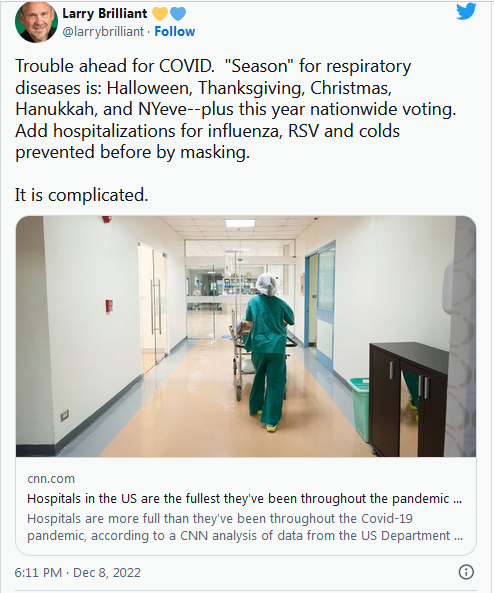 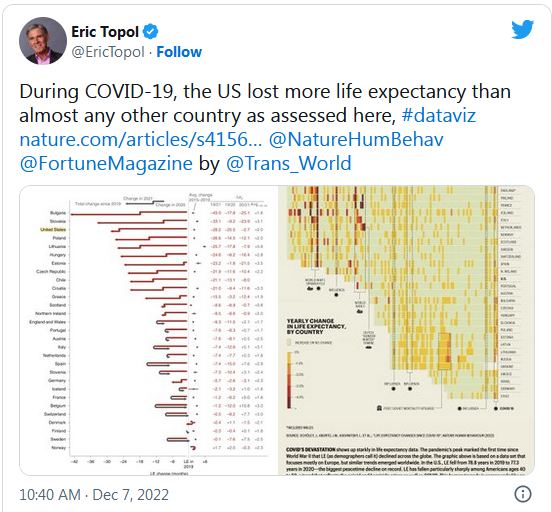 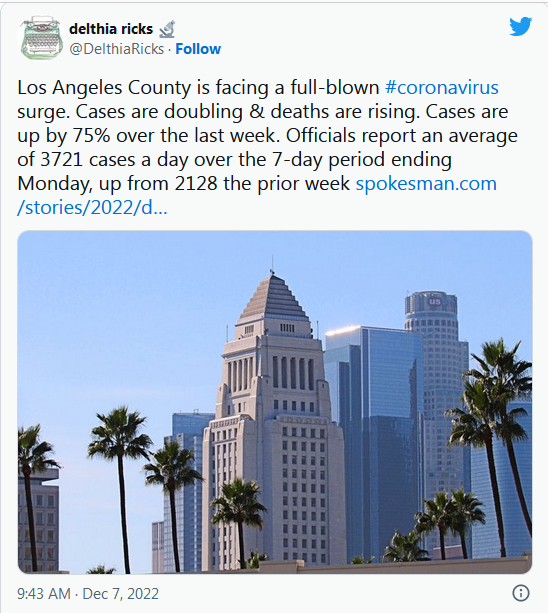 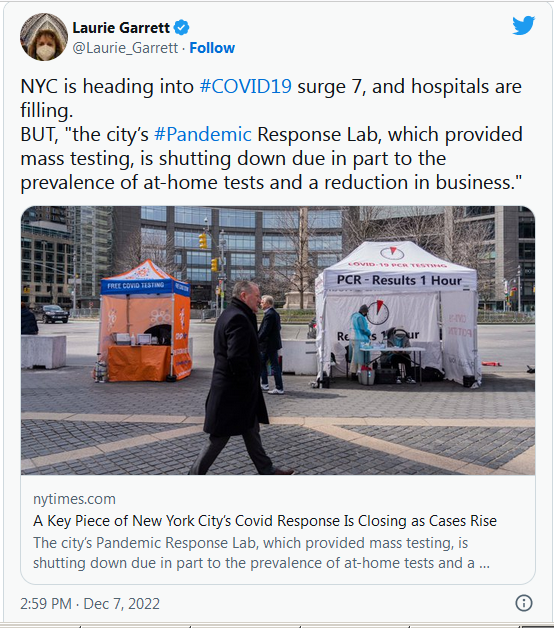 If you’re inside with people, wear a mask. If you’re on a train or in an airplane not wearing a mask, what the hell are you thinking. I know it’s hard to have meetings without snacks but you can give goodie bags for later!

You don’t want to get people sick, ok? So many germs pic.twitter.com/MGiMbDuZnu