I mean, we're laughing now but let's see in a couple of months. Anyway, even when it's silly, invention for mitigation that works is good.

Add a mini-HEPA filter in there and you have a serviceable Hoerger-Wu PAPR tent.

Sign: Please do not get too close to me@michael_hoerger pic.twitter.com/owhpWI8885 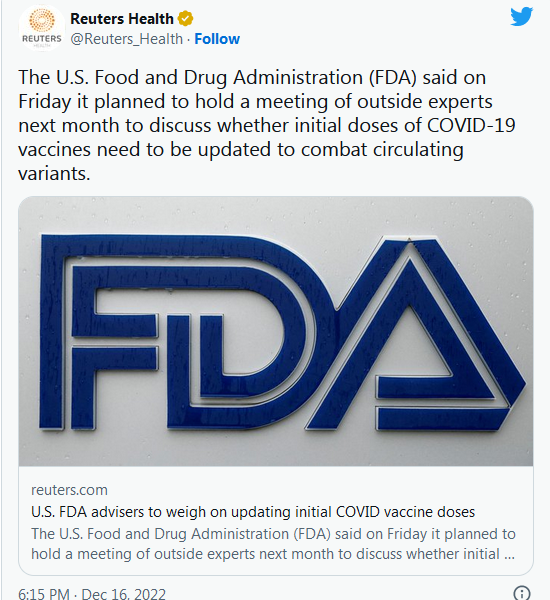 These are two unhappy people.
I can't blame them, because they're right:
It will come back and bite us. pic.twitter.com/eKz6pRdCut 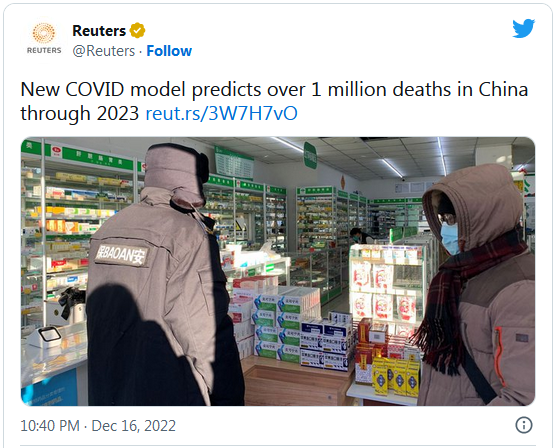 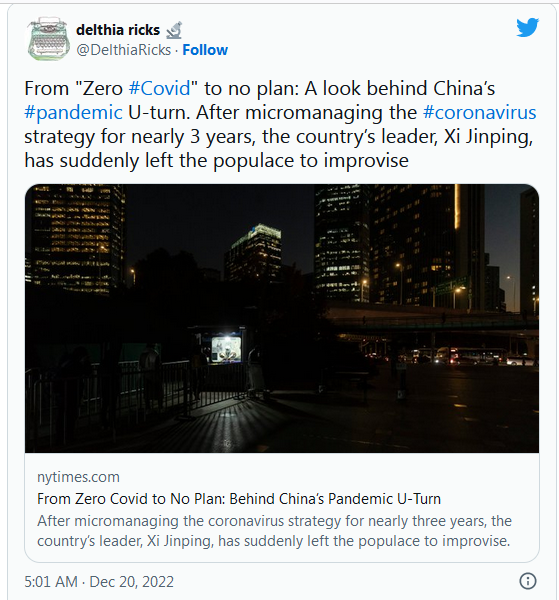 When they spotted us filming staff quickly became physically aggressive, pushing us and grabbing hold of our camera gear.
At another large crematorium we saw multiple uniformed and plain clothed police officers ushering hearses off the street.

Shanghai is turning into the Ghost Town Beijing has already been for a week. Everybody seems either sick or staying in to avoid Covid.

This is a usually busy shopping street today: pic.twitter.com/PQciM2XEjc 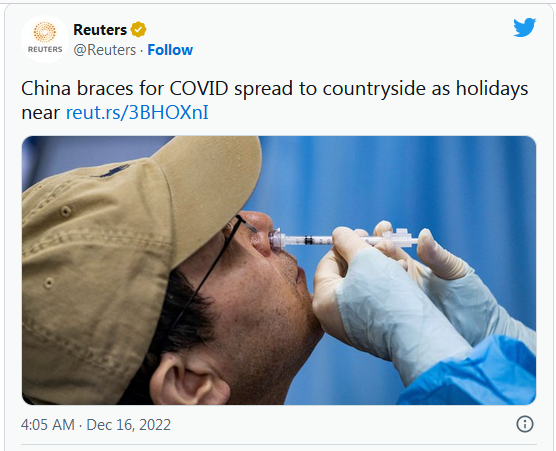 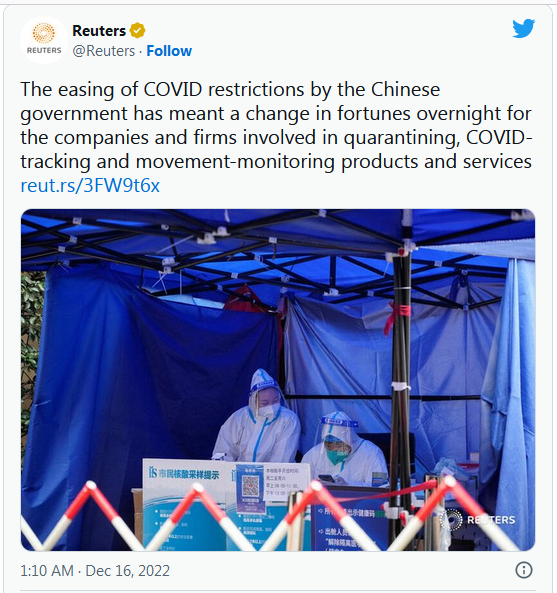 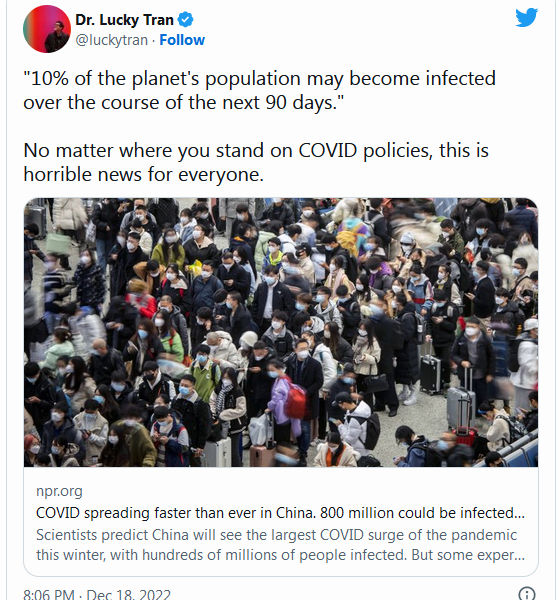 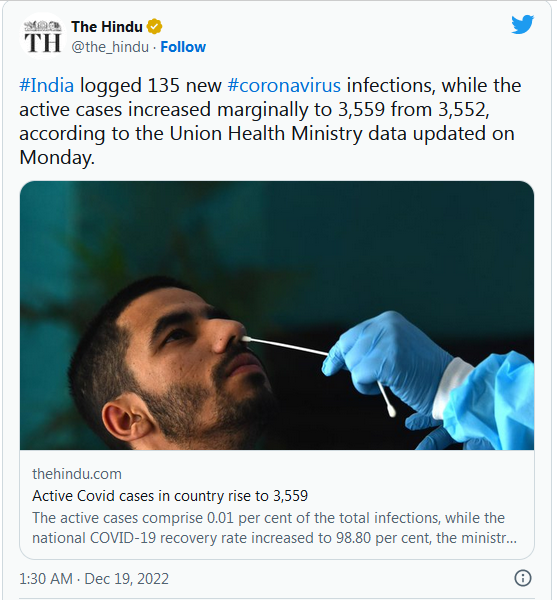 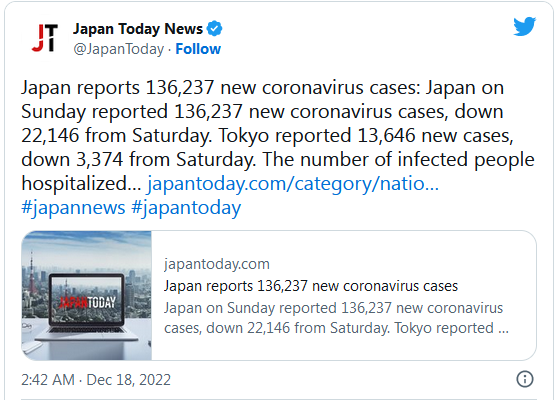 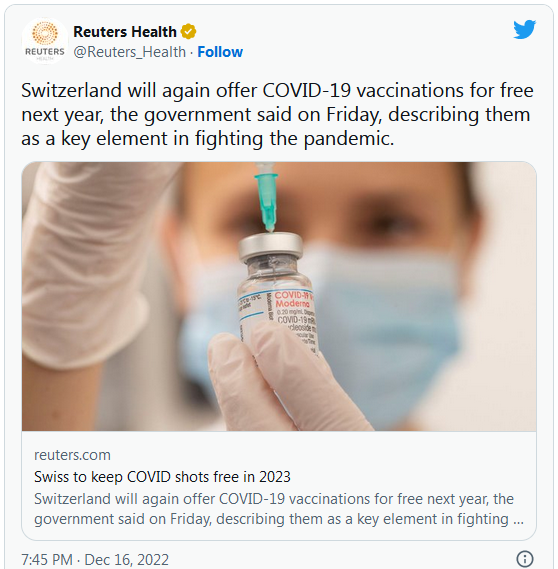 Well, it’s based on an MIT theory…

Clever WeChat app to detect if you have COVID from the sound of your cough based on this: https://t.co/4yPbFCqTTw
It's a good idea with RAT tests in very short supply at the moment, and there's a feature to let you submit training data. With so many people using it, could work. pic.twitter.com/wXnqR9fmTR

When you consider that much of the new data on bivalent booster protection is based on comparison with people who have had multiple shots and boosters, and infections, it's particularly impressivehttps://t.co/sAxR8IxKgr 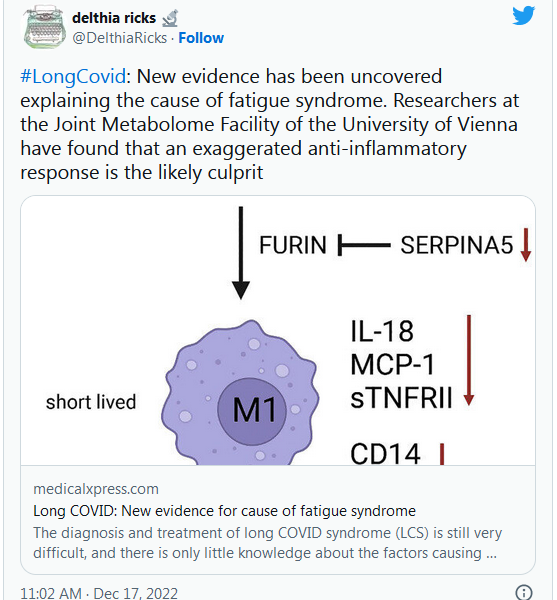 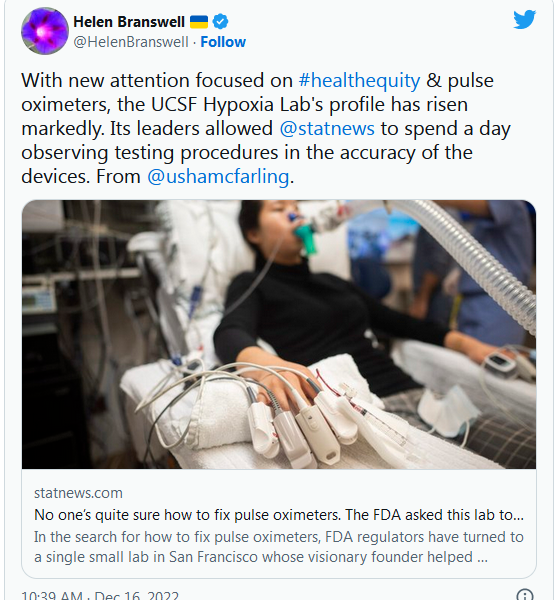 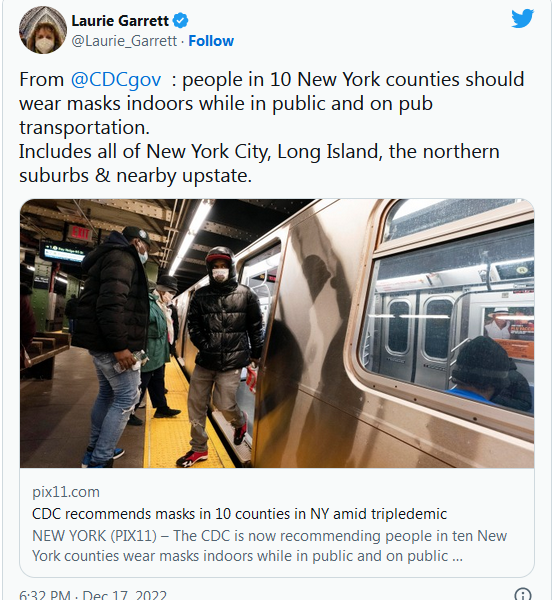 Link to graphhttps://t.co/Cze8bZxwXr
Link to 94% of people age 65+ had 2 shots and only 36% have had a recent boosterhttps://t.co/WWoVjw5Bll
Link to the new data on booster impact reduction of hospitalization age 65+https://t.co/sAxR8IxKgr

New Poll: Voters support requiring everyone to mask in indoor public spaces in order to combat another #COVID surge 🧵 pic.twitter.com/1baYgqXvHk

Opposition to indoor masking, an effective public health intervention to mitigate the spread of SARS-CoV-2, is driven by partisanship.

Let’s shift our focus from ‘what the virus is doing’ to what WE should be doing. @DrMikeRyan pic.twitter.com/Wevk4ZGxXO