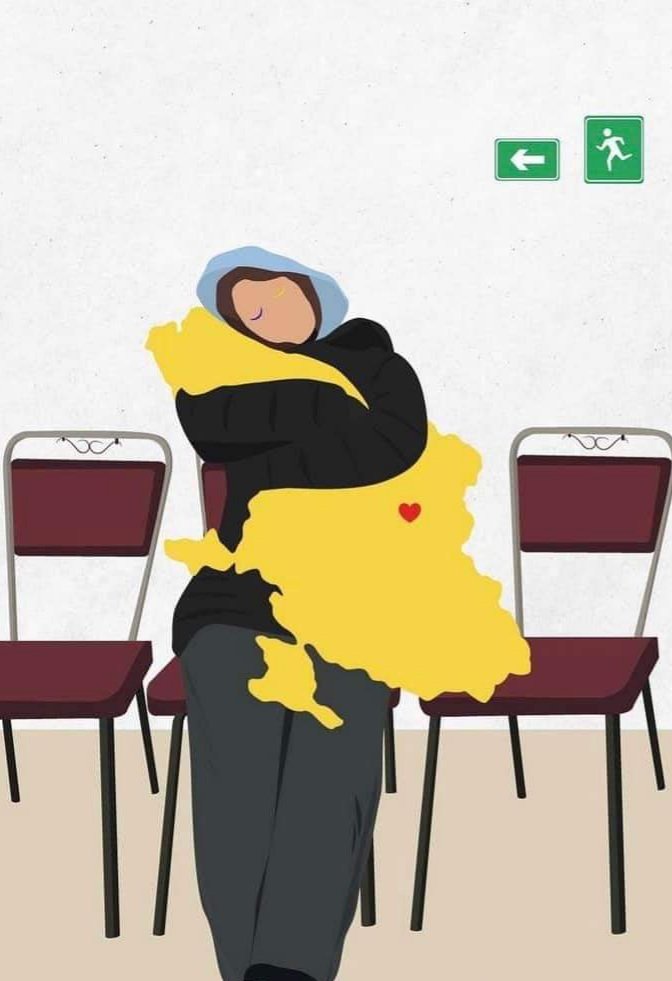 Tonight’s post is going to be short and sweet. Both because President Zelenskyy will be speaking to a joint session of Congress shortly and because today was very long day for me day #3 in a row.

Here’s the video stream for President Zelenskyy’s address to the joint session of Congress at 7:30 PM EST:

As of right now – 6 PM EST – there is no daily address posted on the President of Ukraine’s website. I’m guessing the joint presser with President Biden that WG posted the video for earlier and the address later this evening will be it given the time differences.

Just a quick hit from the joint press conference:

Biden closes press conference with Zelensky with this: “Mr. President, we are staying with ukraine as long as Ukriane is there.”

Also, this is excellent Information Warfare:

Everything else after the jump!

Here’s a bit from President Zelenskyy’s arrival. The woman in the blue coat is Ukraine’s ambassador to the US Oksana Markarova. The man in the digicam with the Ukrainian flag shoulder patch is the Ukrainian Defense Attache/Senior Defense Official (DATT/SDO) Major General Borys Kremenetskyi.

And here’s video of Zelensky’s historic arrival in the US. via Freedom/UATV channel. pic.twitter.com/BfyvQ9ytRM

Thank you, uncle Joe. The best U.S. president in many decades. https://t.co/ZqAlRnTzHF

A year ago, I would absolutely not believe I’d ever see this. pic.twitter.com/dwFyVVcn33

Here is The Kyiv Post‘s defense correspondent Illia Ponomarenko’s take on the Russian assault on Bakhmut:

From the Russian side, the battle of Bakhmut is just an epitome of idiocy. They’re smashing their best forces in senseless frontal attacks for MONTHS, advancing several hundreds of meters forward and then rolling back again.
So that Wagner’s Prigozhyn could someday possibly…

And amid that they eventually end up losing major cities and regions in Kherson or Kharkiv.
It’s when a dumb war is fought for political and propagandistic reasons. It’s a bloodbath for nothing but saving Putin’s face and ass.

That’s enough as I’m sure you’ll want to focus on President Zelenskyy’s address to Congress, which is where our focus should be tonight.

Still no new tweets, but we do have new video from Patron’s official TikTok!

With trembling paw pads, I present to you my first official toy! 😍 #PatrontheDog

Somebody better be ordering me late Chanukah gifts…

Two Presidents: Presidents Biden & Zelenskyy at 4:30 pm (LIVE)
Next Post: How About Some Fucking Holiday Cheer »