🎄 Merry Christmas, if you celebrate!

If you can’t hide a Christmas crime scene, just pretend you’re a victim.  (sent in by Sister Golden Bear) 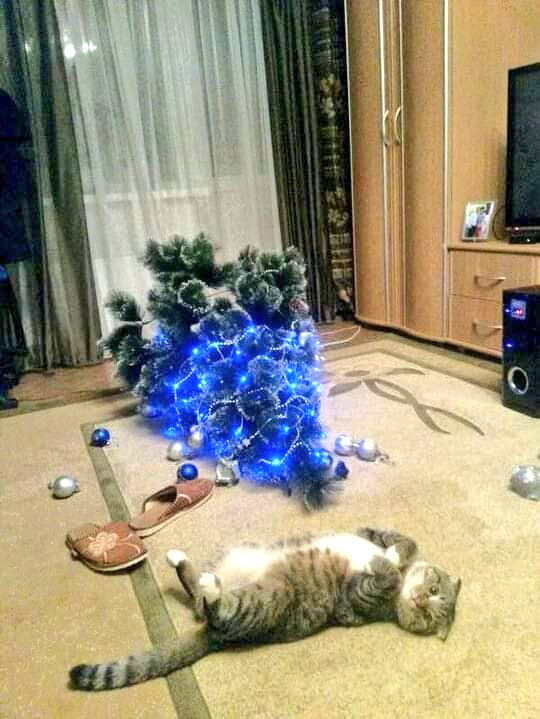 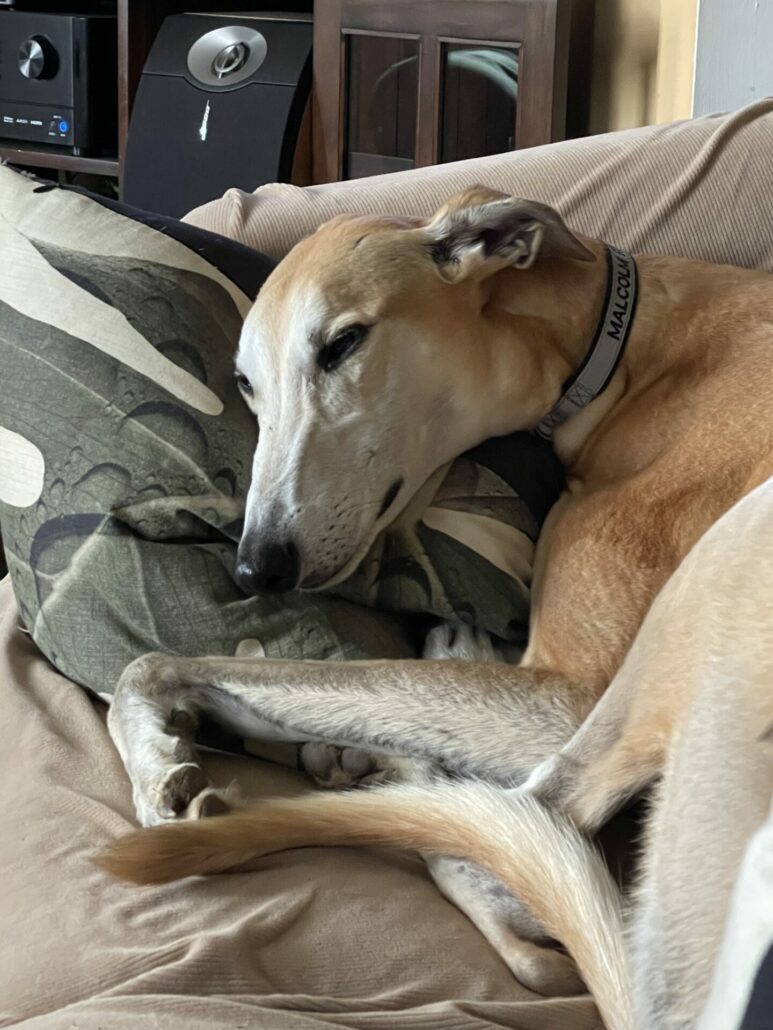 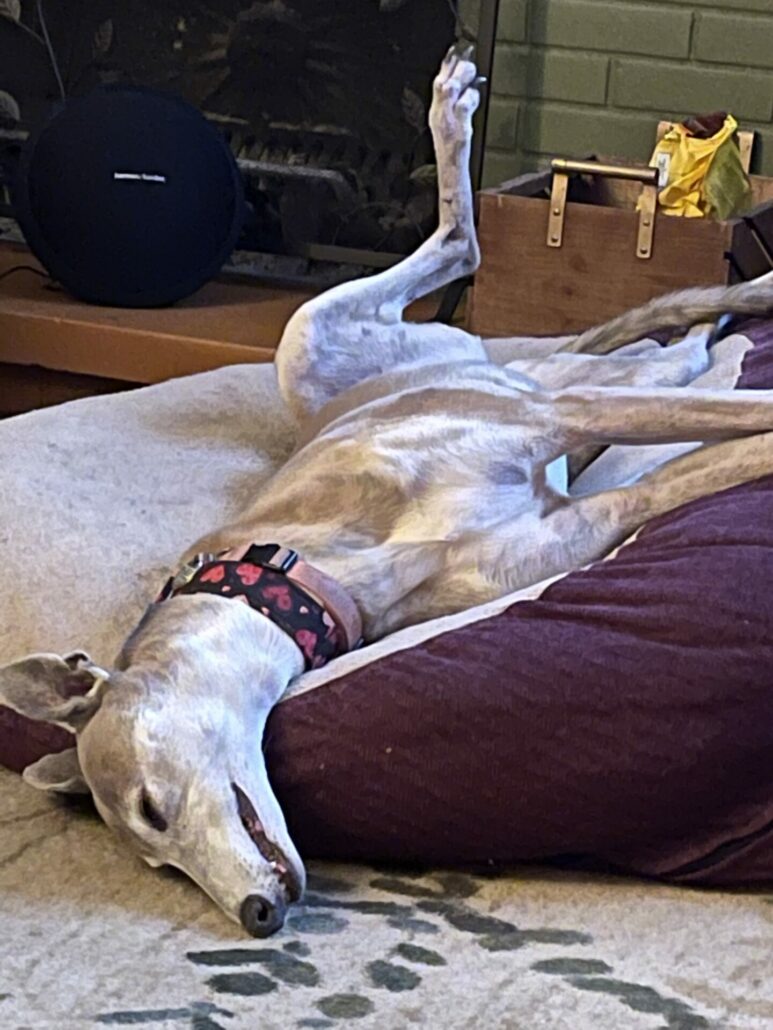 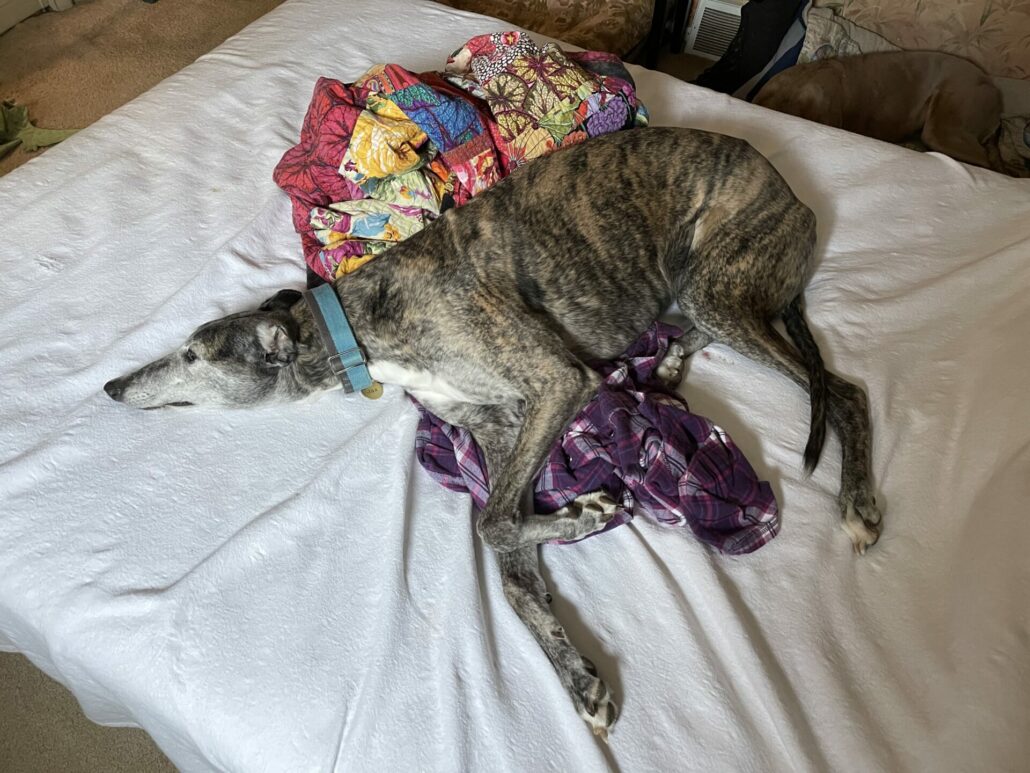 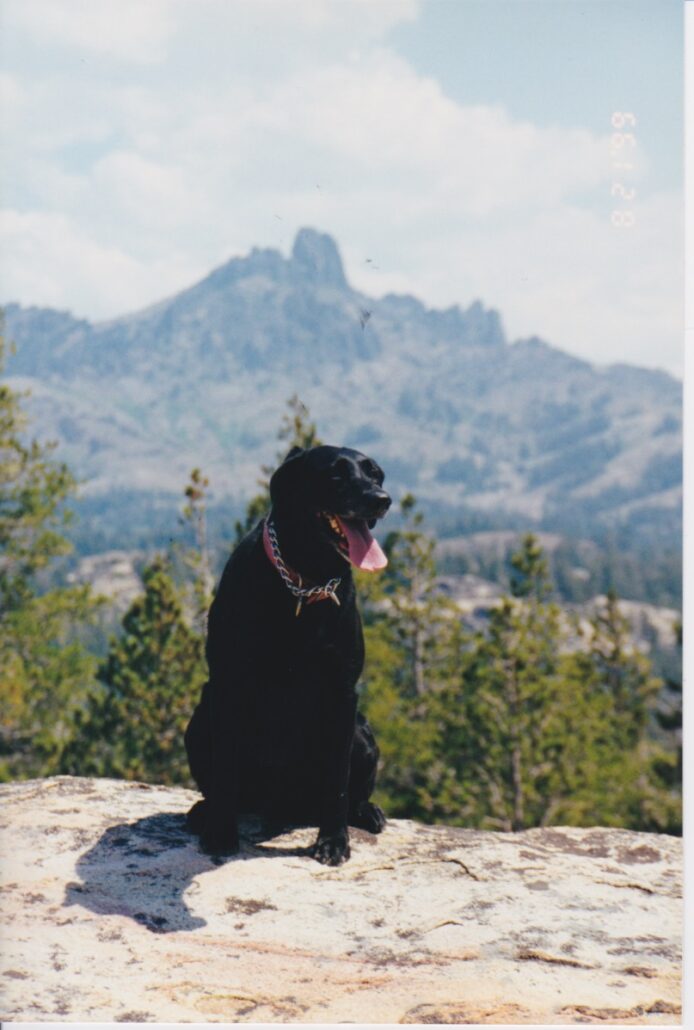 *again, these two may have the names switched 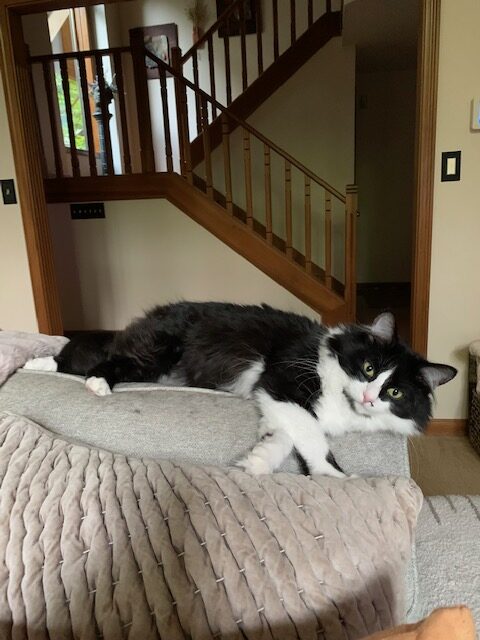 Poppy Harlow imitating Jessica Lange on the other side of the sofa.  (LindaM) 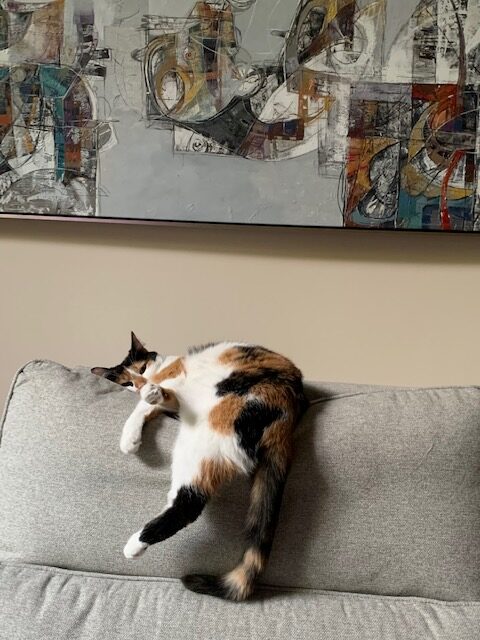 The cats are rescues, brother and sister. This is Suki, the embodiment of body positivity.  (Jude)

*again, the names may or may not be mixed up 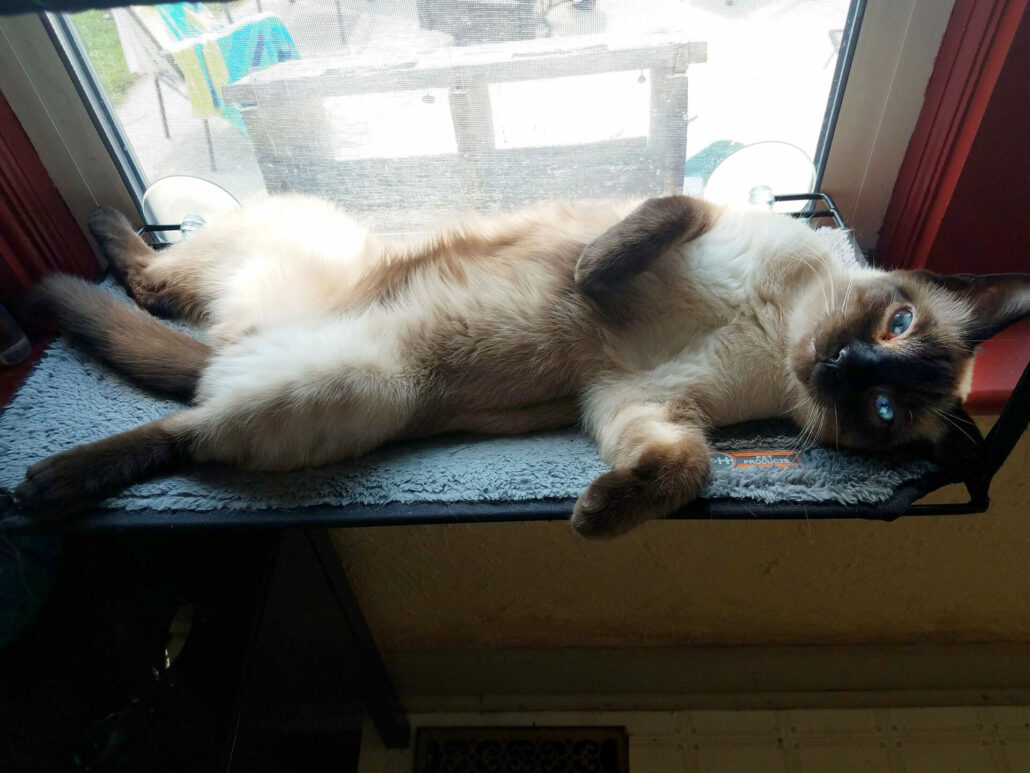 This is Bodhi, whose middle name should be Derp.  (Jude) 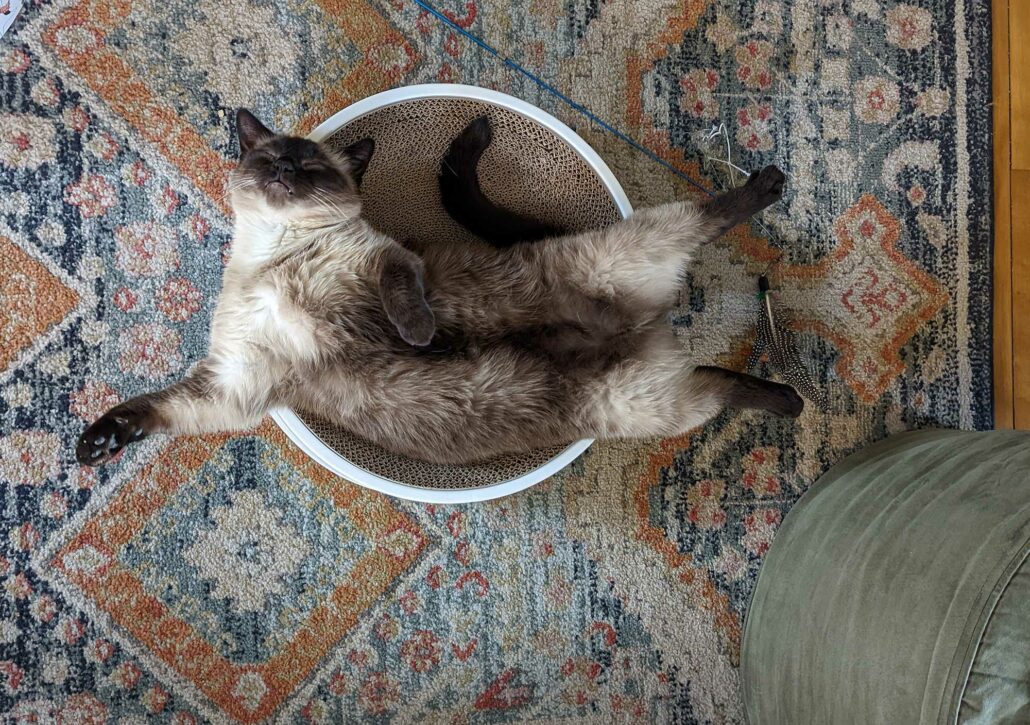 Last week I had to help my 15yo dachshund, Rebel, cross the rainbow bridge.  My heart is still shattered but I’m trying to remember all the good times we had together.  Here are a couple of my favorite pics of him.

This one is from when my sister and I were moving in together after Hurricane Harvey in 2017.  Can you tell that Rebel was food-oriented?  (rebels dad) 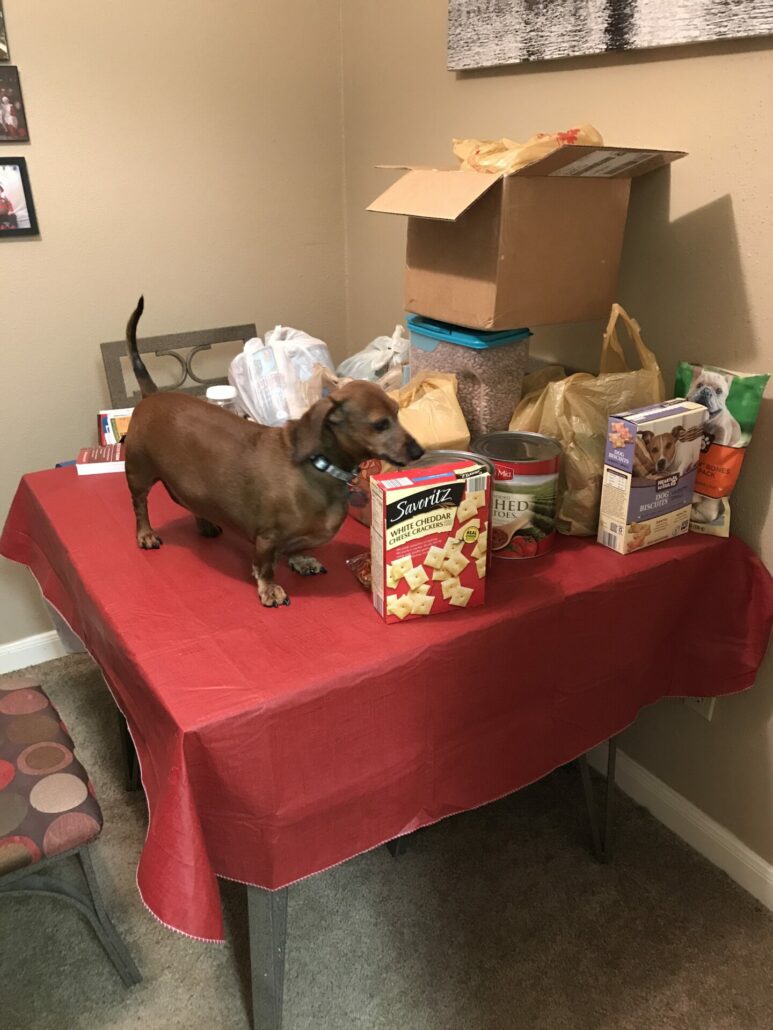 This one is from 2014, when my Snickers fell on the floor, and I didn’t notice it until a few minutes later; Rebel said he was just keeping it safe for me and didn’t plan on eating it.  LOL  (rebelsdad) 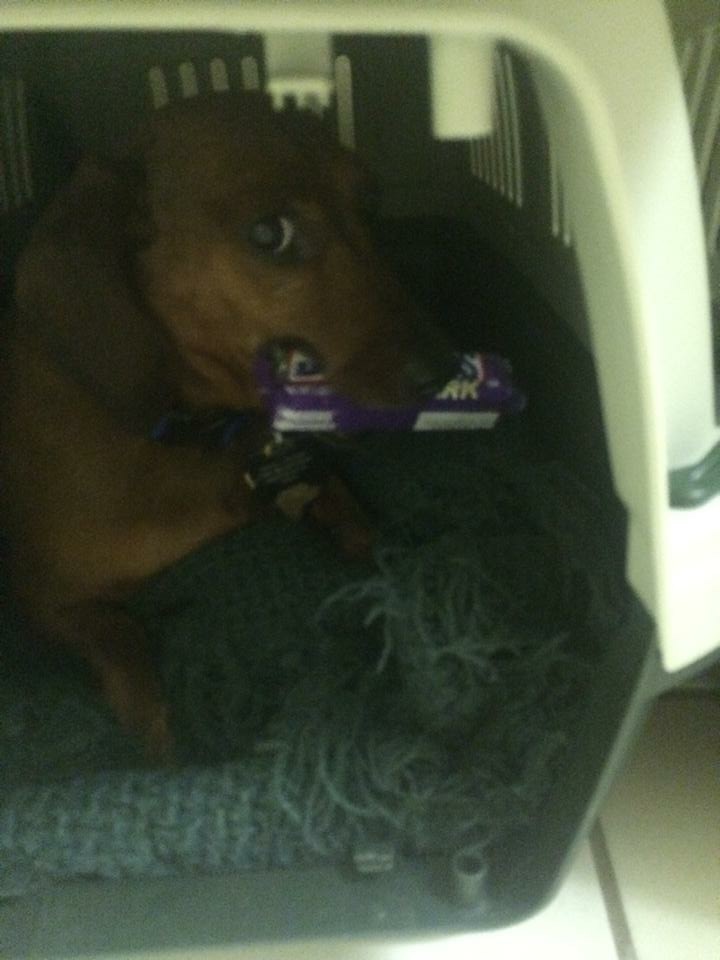 Whimsy lives up to her name on accepting a pet of her royal plushness or a bite (not breaking skin) that You Will Not Go There.  (Glidwrith) 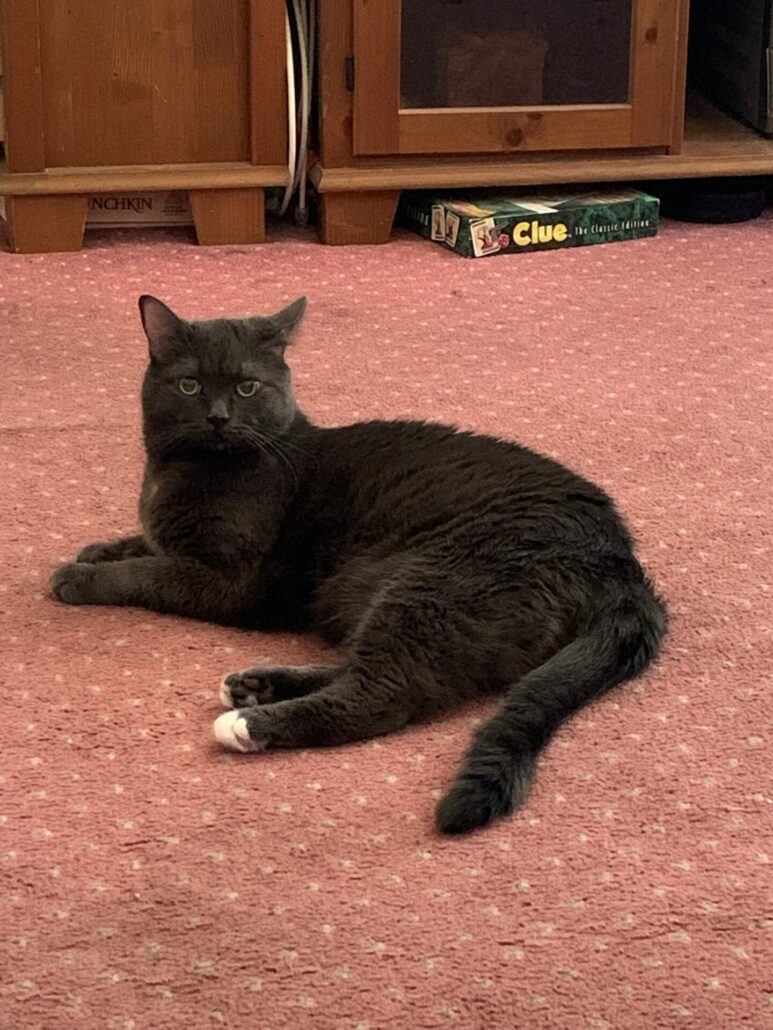 Here is Poobah, a calendar veteran, contemplating a leap for his toy scrunchy ball.  (BigG) 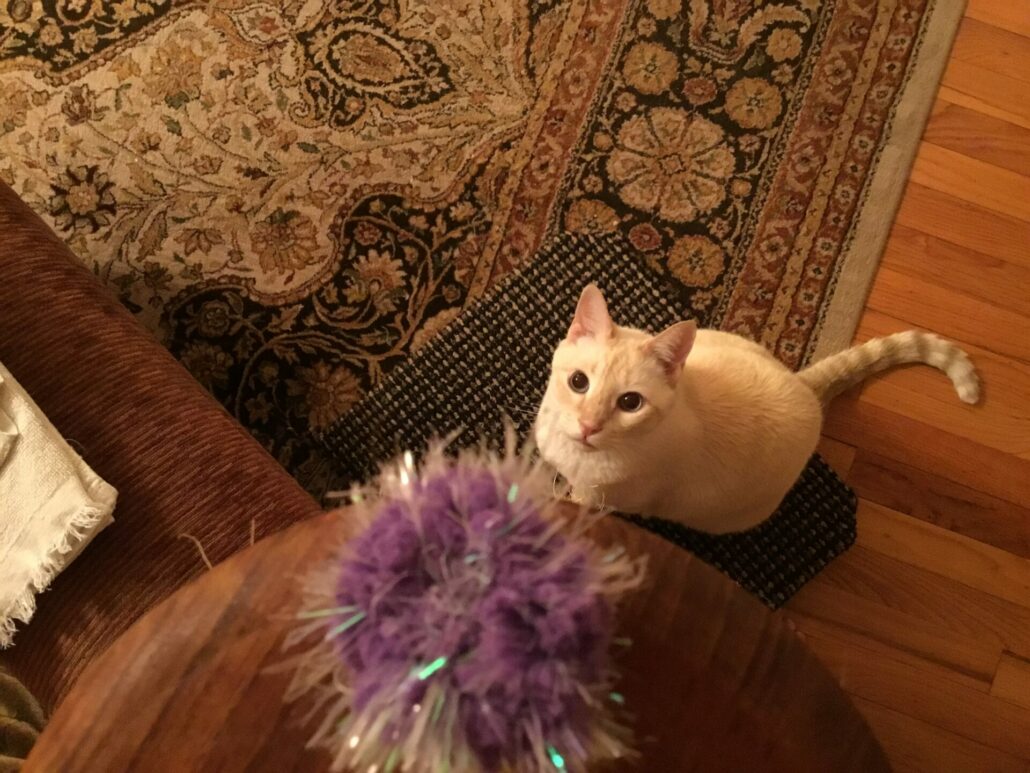 Beloved pets, Roxy edition.  AKA Wolf Girl, Rox-boo, Fluffalo, Fluffhead, and Princess Powersave – in her prime, in her “must check the perimeter” mode at the neighbor’s shortly after she adopted us.  (Miss Bianca) 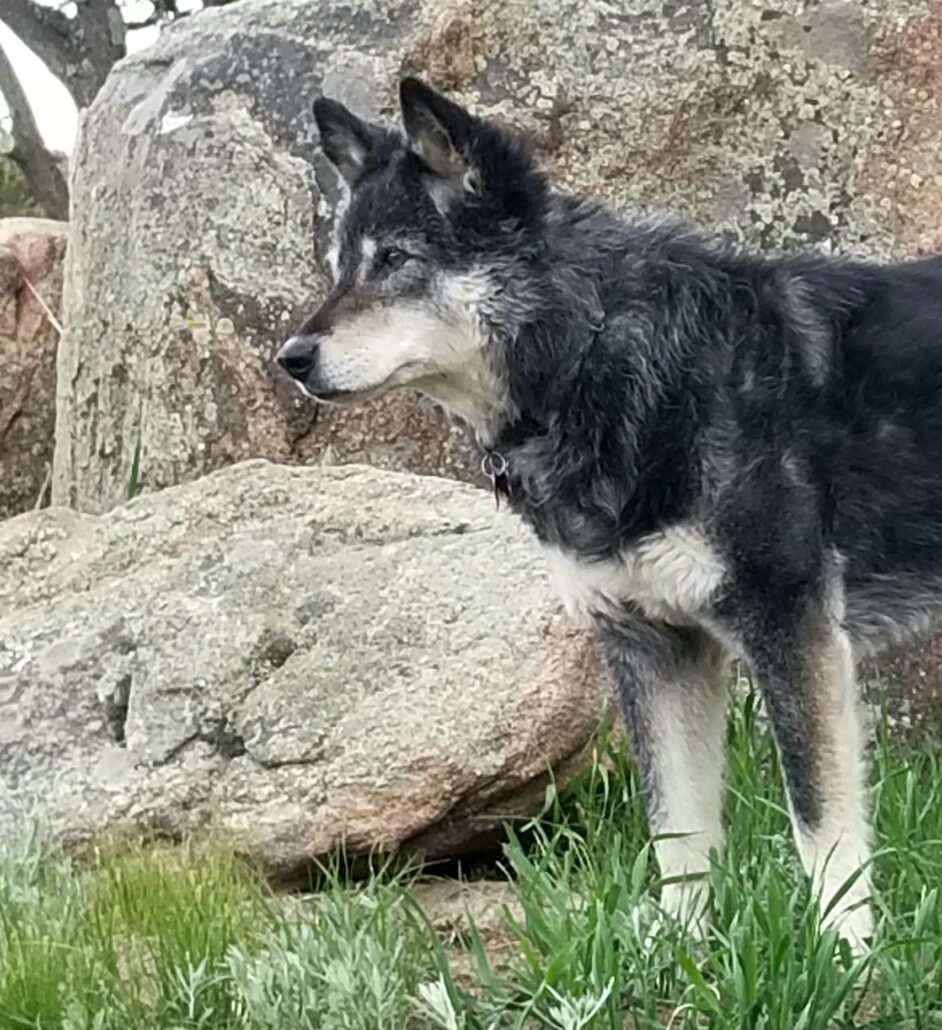 Arabella has caught herself a mouse…  (Timill)  *this is an action series, you have to look closely 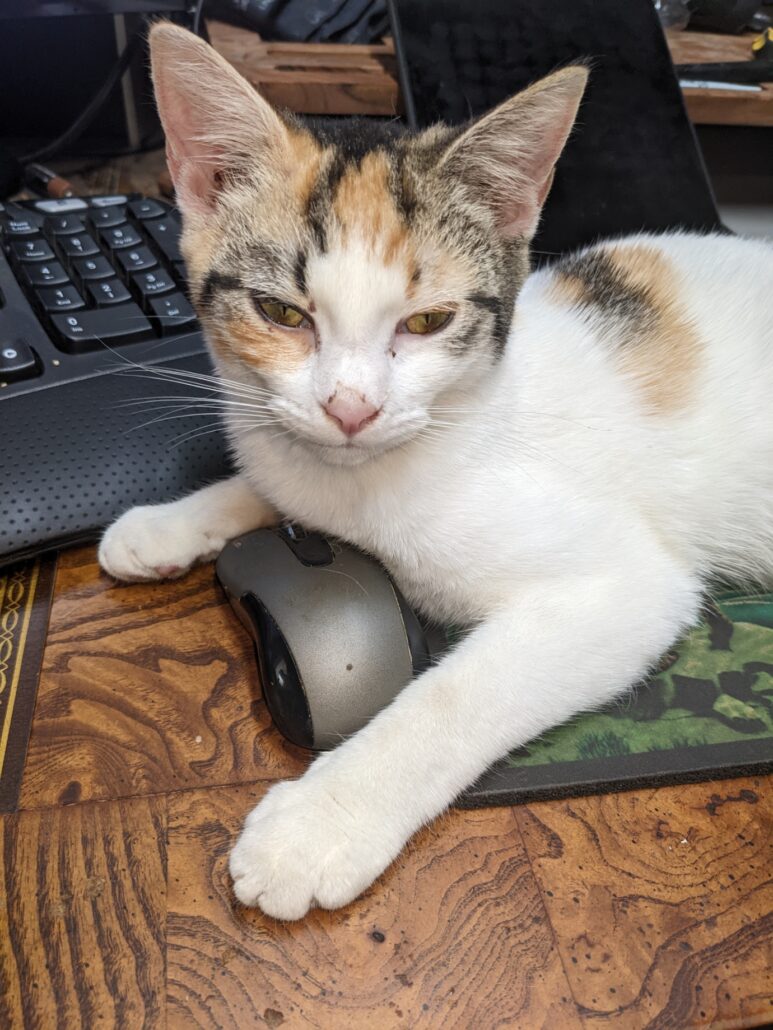 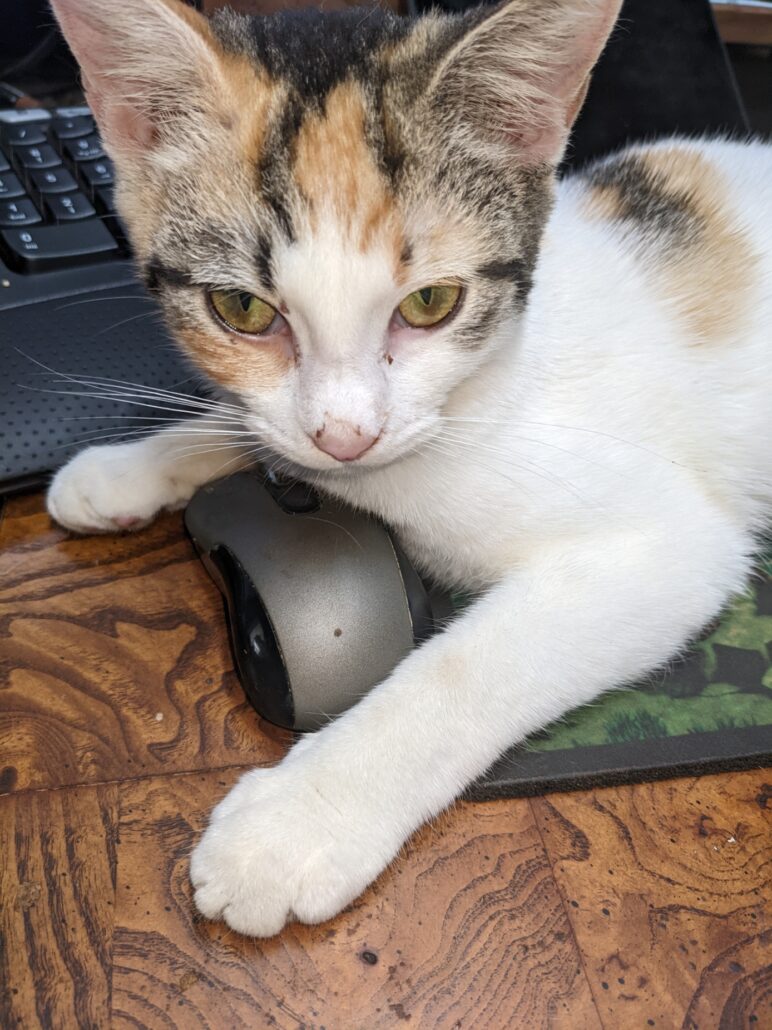 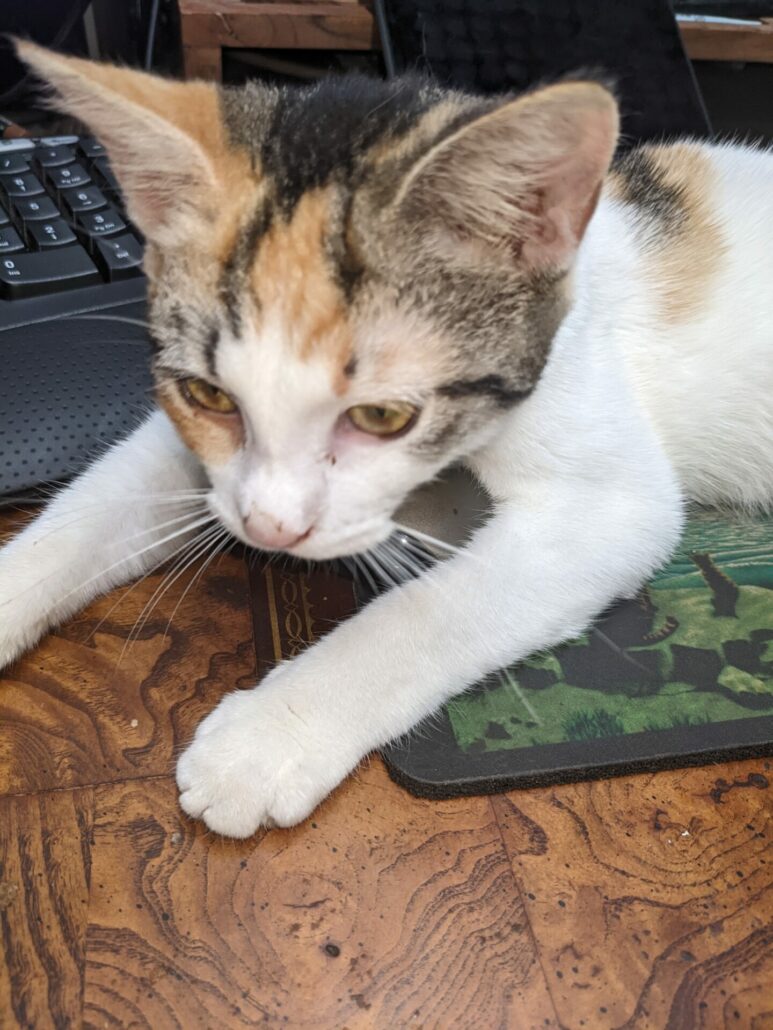 This is the dearly-departed cat (and Tunch doppelgänger), Little Girl, with our preemie granddaughter (now 13 years old). BTW, “Little Girl” is not a good name for a cat that sometimes runs outside and has to be called.  (David_C.) 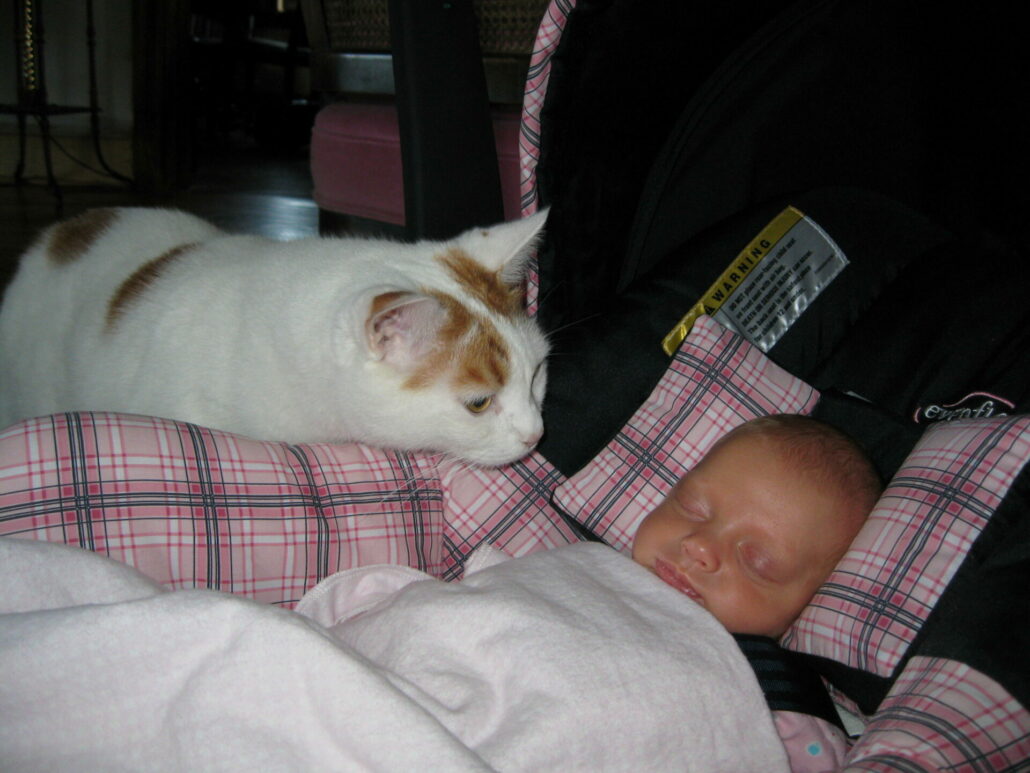