As someone said in one of the threads, we are now on the other side of Christmas, and it’s Day 8 of favorite dog and cat pics.  And bunnies!  The whole series is here:  Favorite Dogs & Cats Series

This is my mutt Mica in her younger days, zooming around on the beach in Santa Barbara.  She’s old and blind now so the zooms are much reduced.  (TheOtherHank) 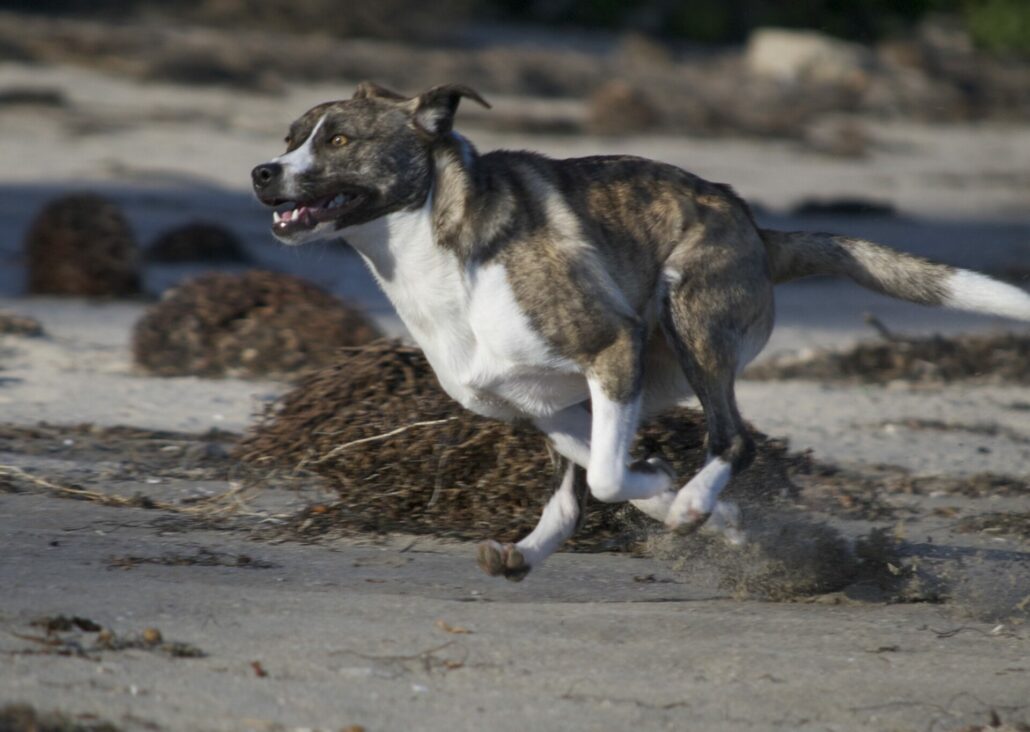 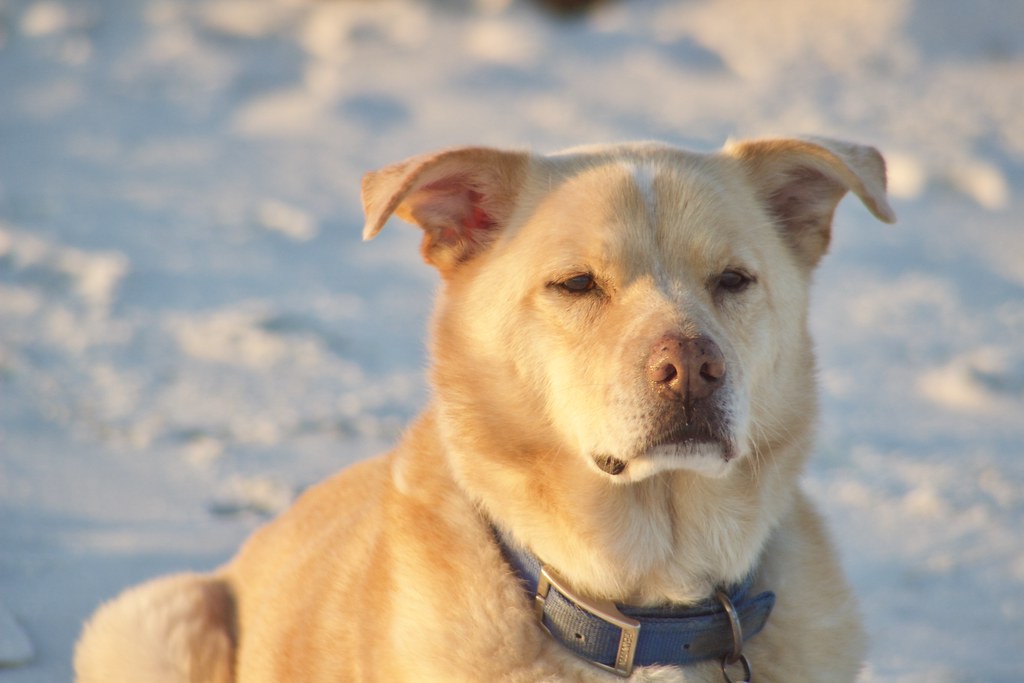 This is Raven, howling at me as I fish!  (Raven) 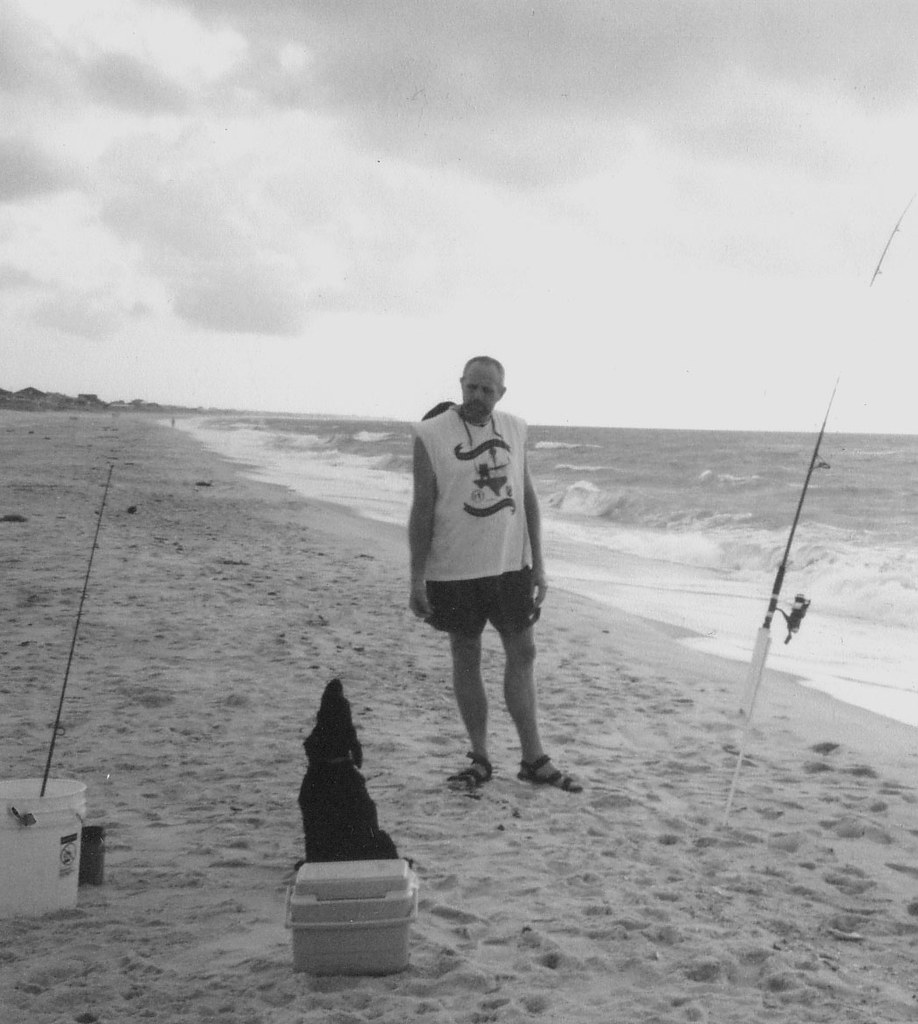 Lil Bit, the pup that I gave seven eye drops three times a day for 10 years showing her appreciation by rooting in the sand!  (Raven) 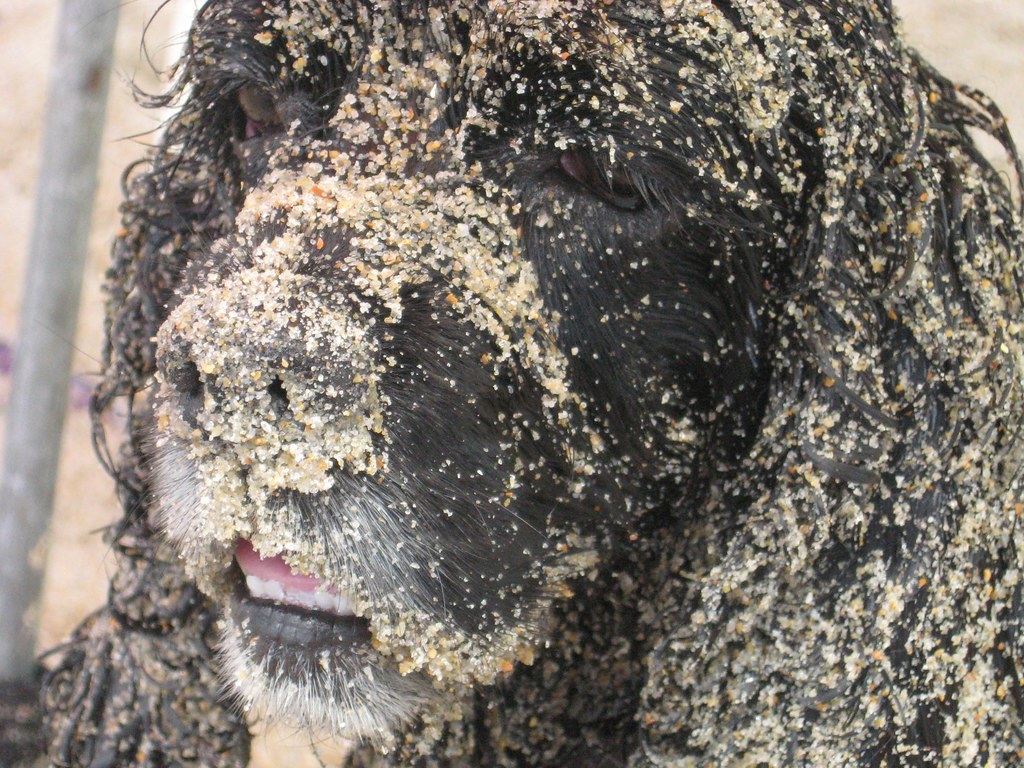 This is beloved Pablo.  (pat) 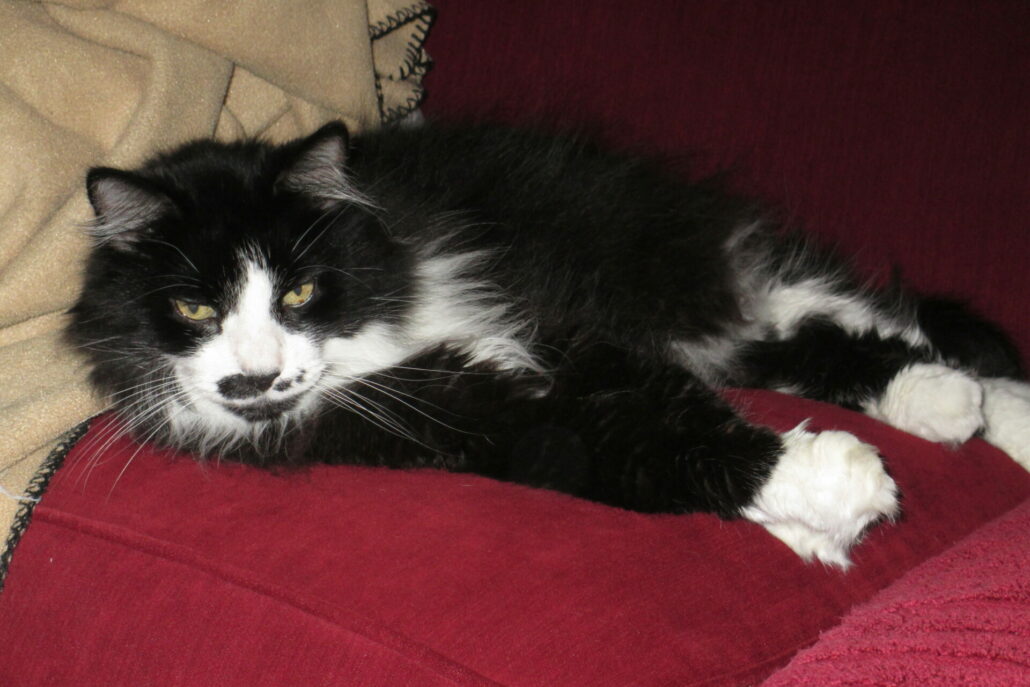 Phantom arrived from the wild at about 9 months of age (according to the vet) and adopted us. This is Phantom having a cozy winter day.  (HinTN) 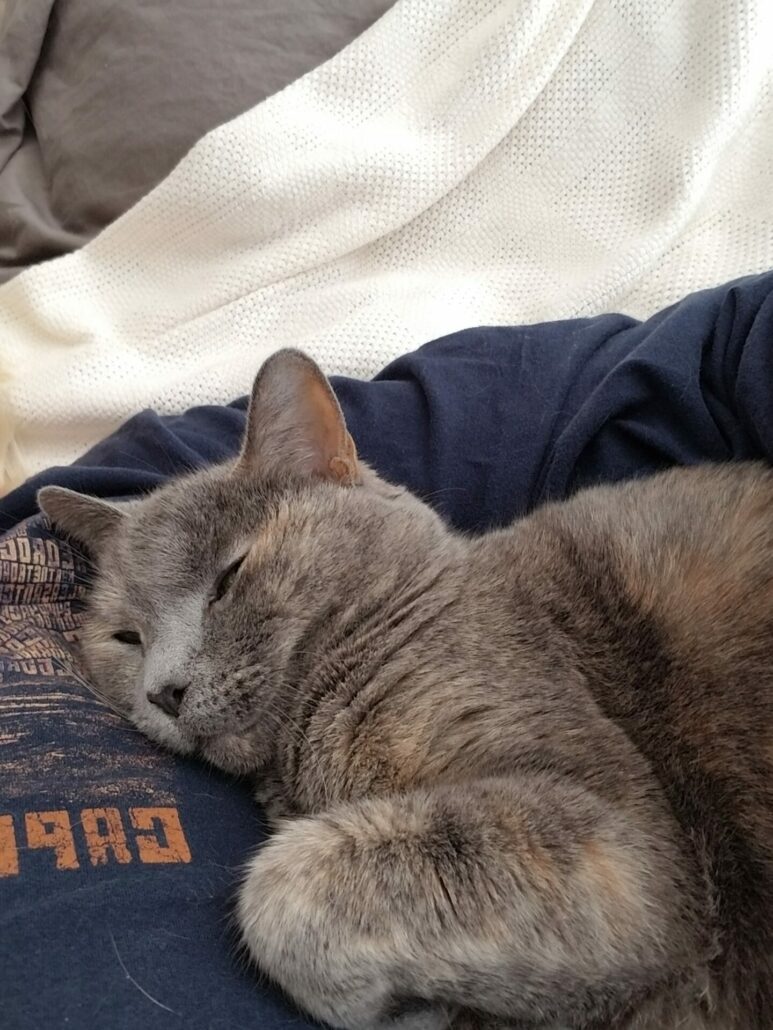 Two months later we decided she needed a four legged companion. The shelter had a litter of three, two brothers and a sister, just the right age.  This is Franklin, he’s a good ‘un. Picture from today!  (HinTN) 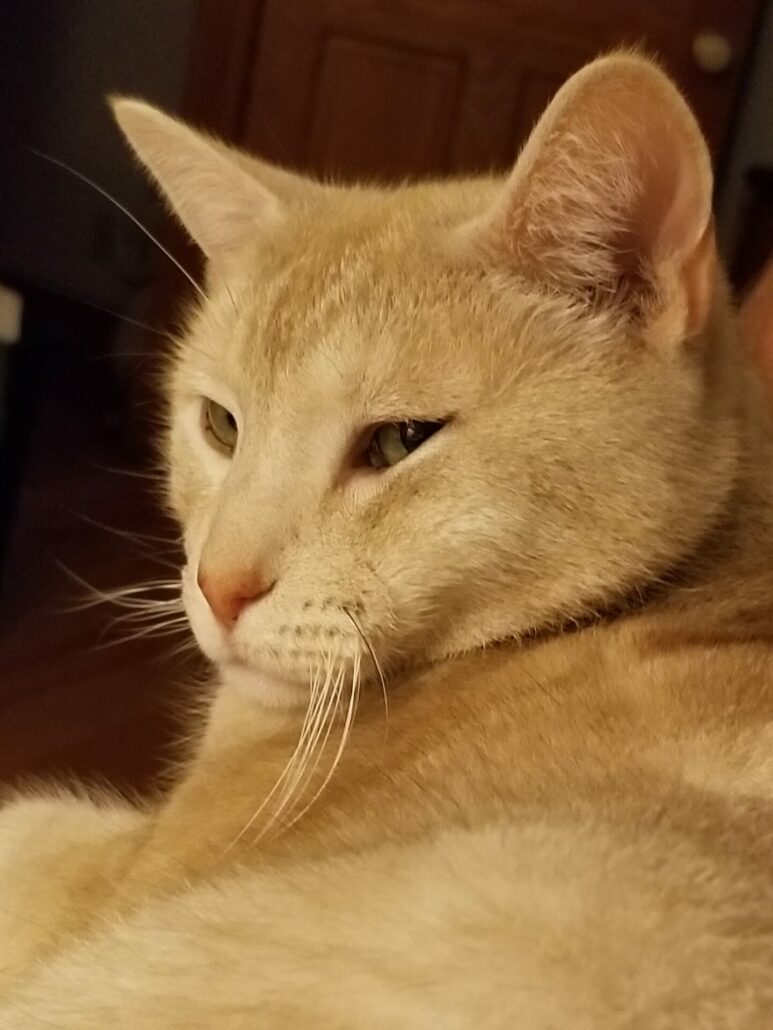 This is Pepper, a Parti Poodle. She was 9 weeks old in this picture. Now she’s just over 4 months old and very busy!!   (KM in NS) 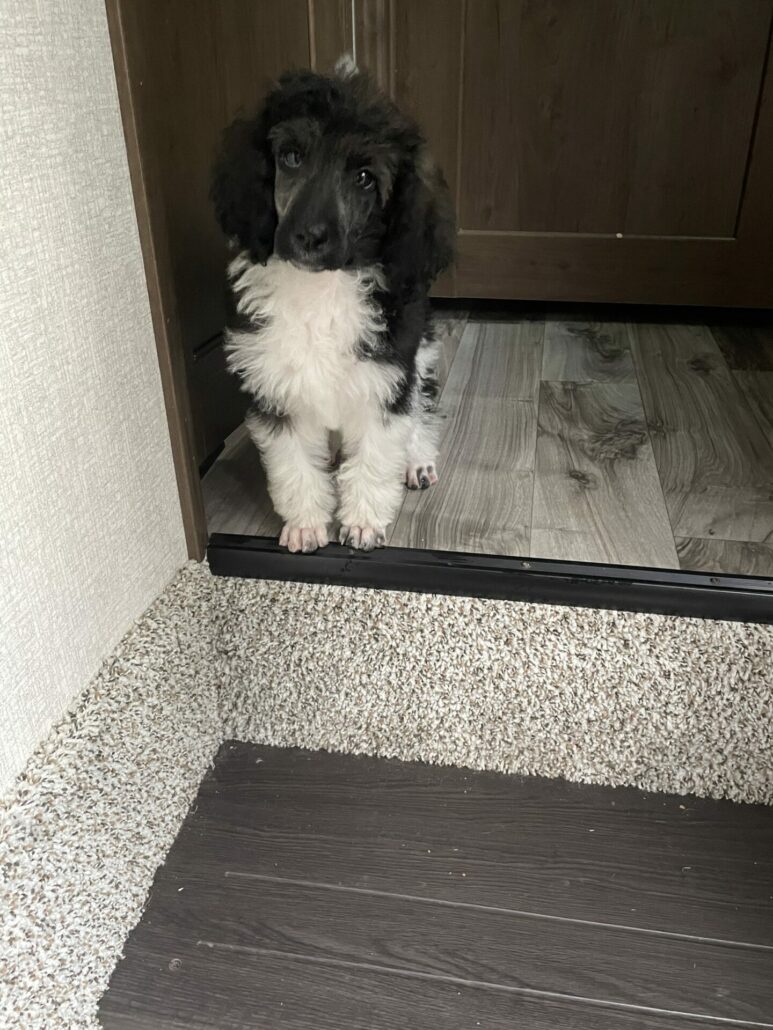 This is a pic of my beloved Bassett, Emmylou Harris.  She’s just settling down for a well-deserved bubble wrap nap, after doing little to nothing all day. (Cephalus Max) 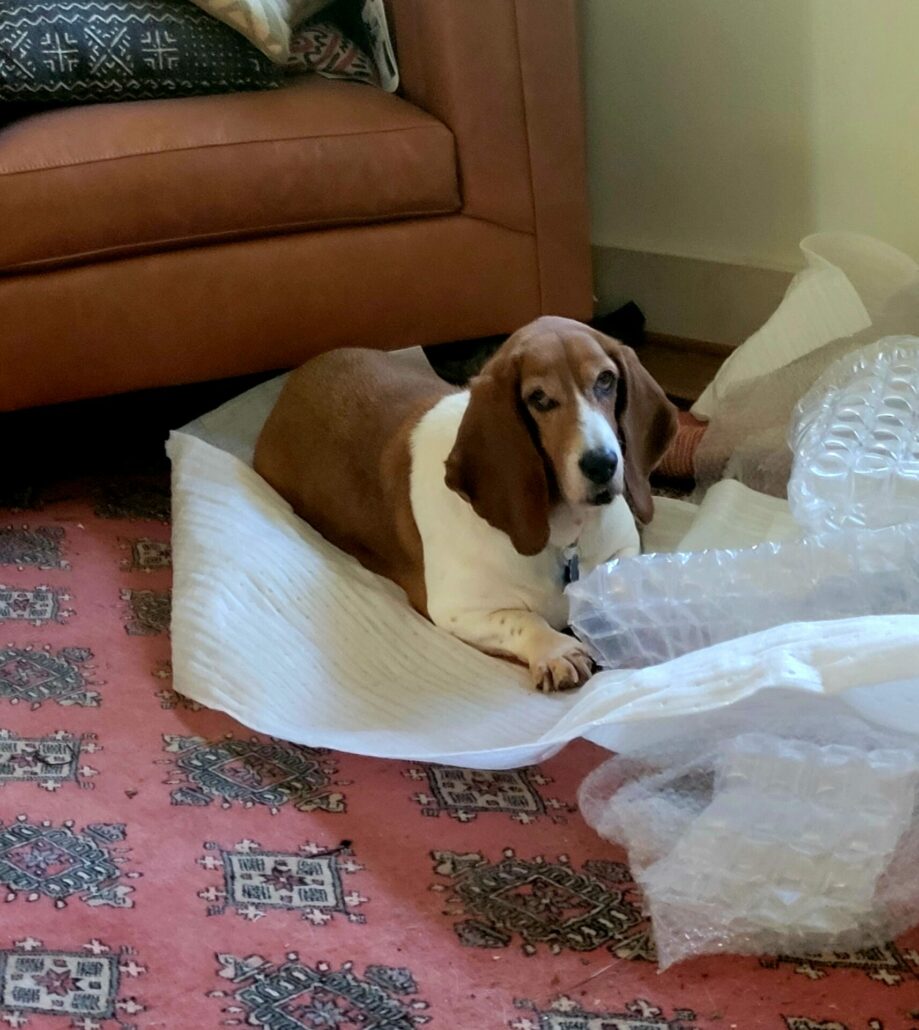 Noche, my sleek panther kitty, loves armpit scritches and belly rubs so much she drools.  (Glidwrith) 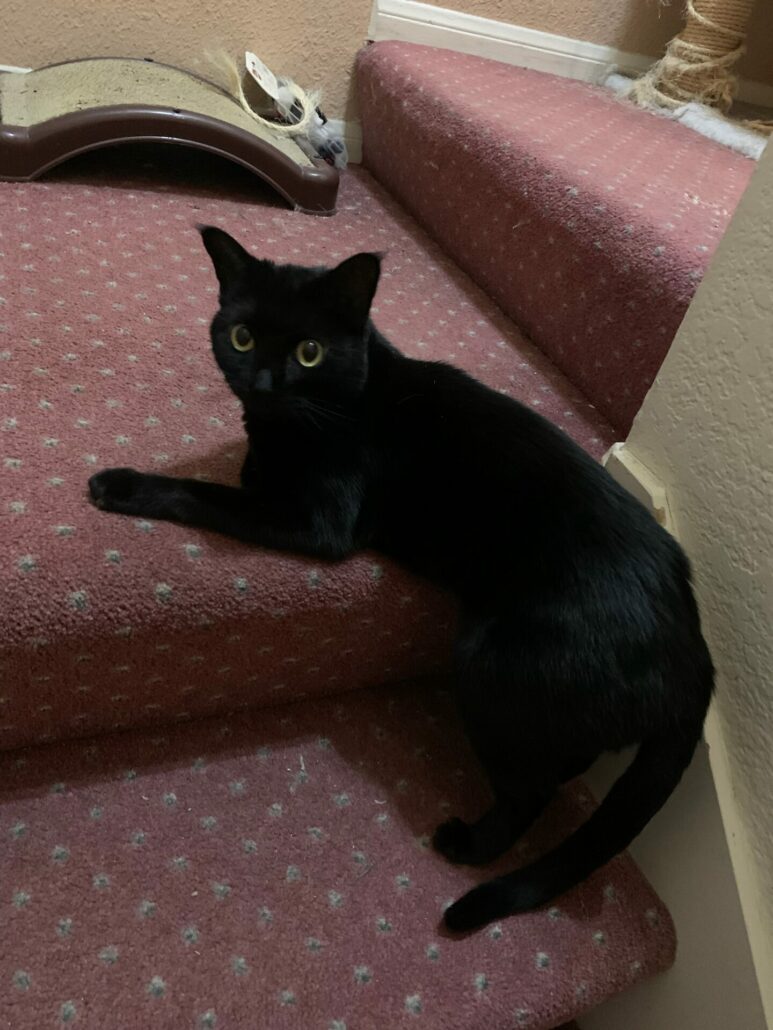 My deeply missed Schrodinger in his favorite snuggy.  (Manyakitty) 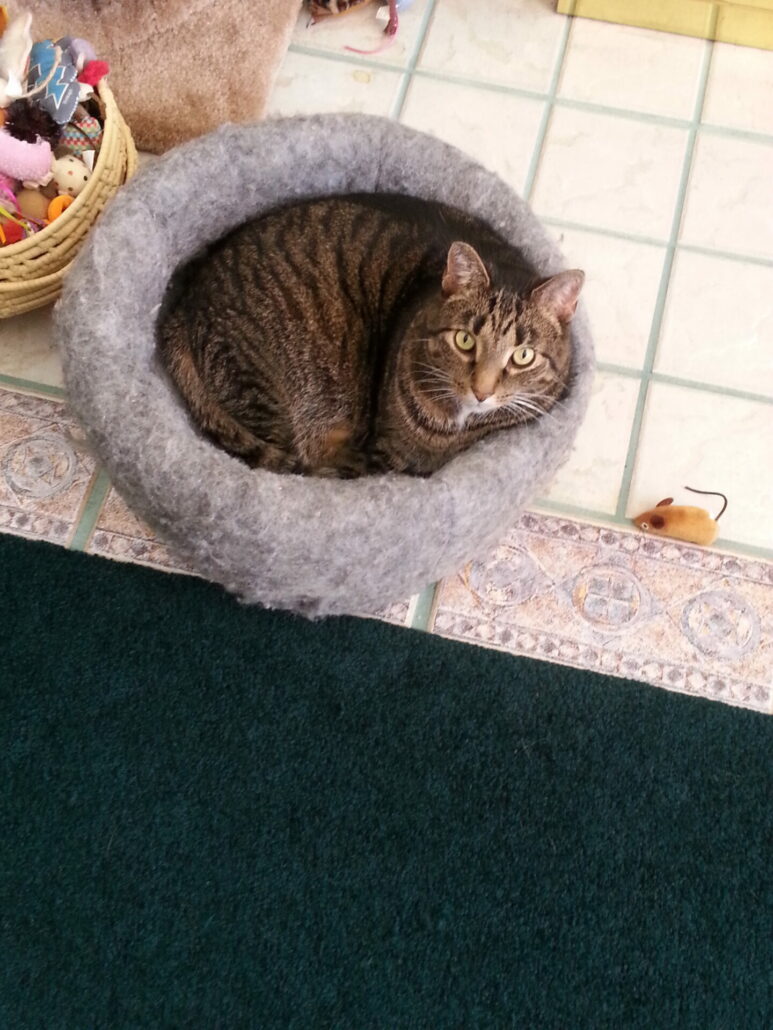 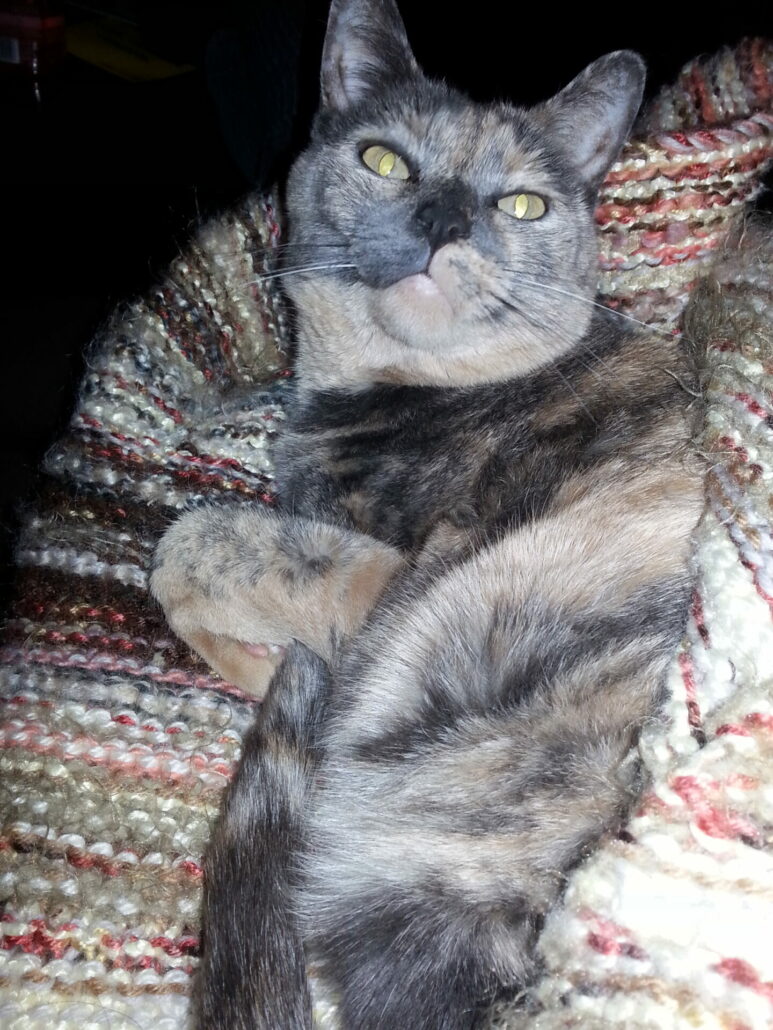 Asimov in front of the fire.  (Manyakitty) 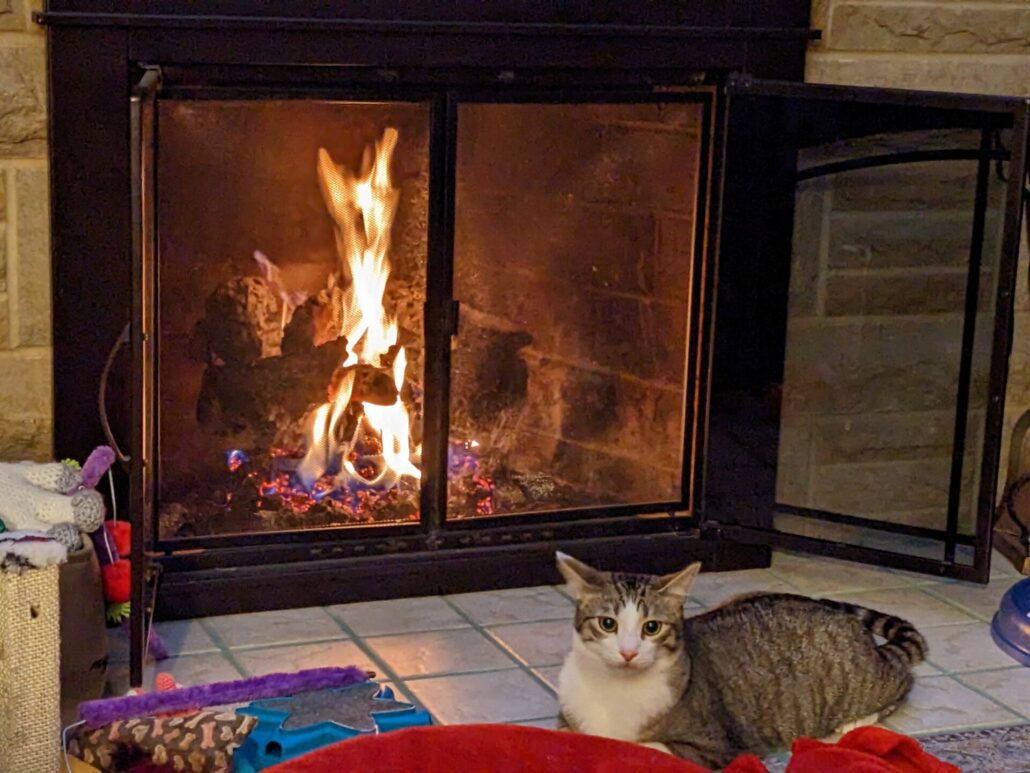 Heisenberg on his ottoman.  (Manyakitty) 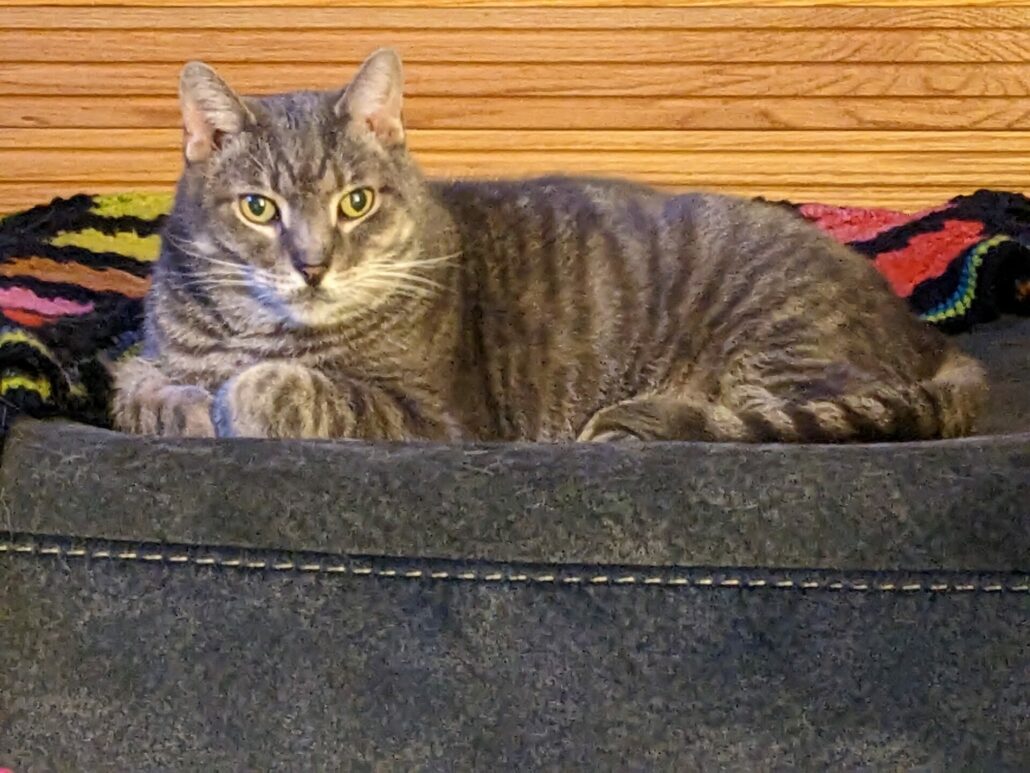 This is our Belgian Tervuren, Caelen, back in February at age 4.5 months. We get no rescue points, but all dogs are good dogs, right? He’s now a full-grown menace to household recyclables and a daily source of laughter and exasperation.  (netto) 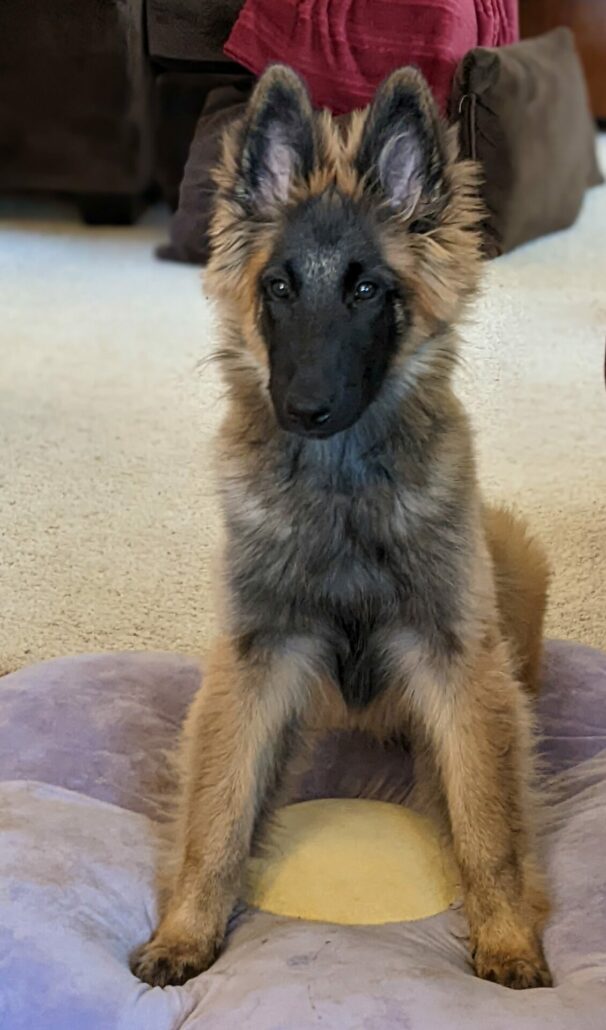