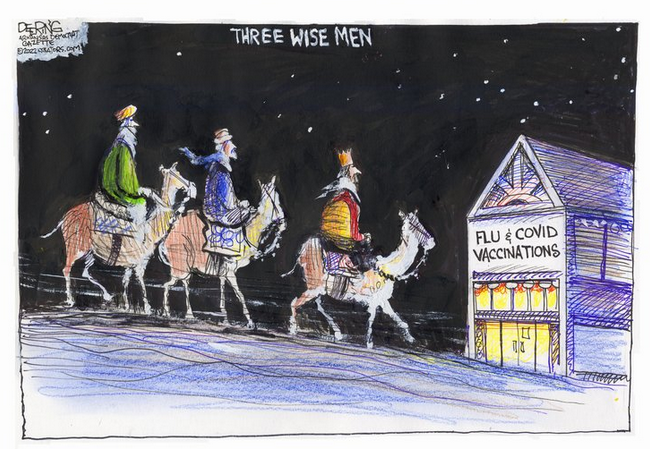 The highly-contagious Omicron subvariant XBB has surged to more than 50% of COVID-19 cases in the northeastern United States and risks spreading fast as millions of Americans begin holiday travel on Friday. https://t.co/3HTergAvMo

There’s no room for #Covid complacency in 2023
Stark scenes from China show the pandemic is far from over. One solution is a laser-like focus on strengthening public-health systems https://t.co/E07lrCddAb 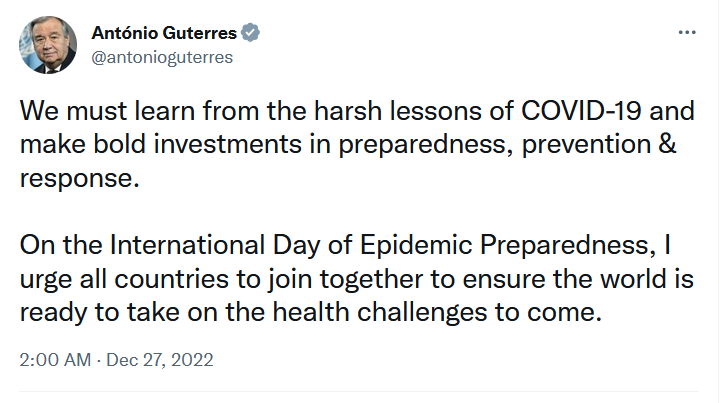 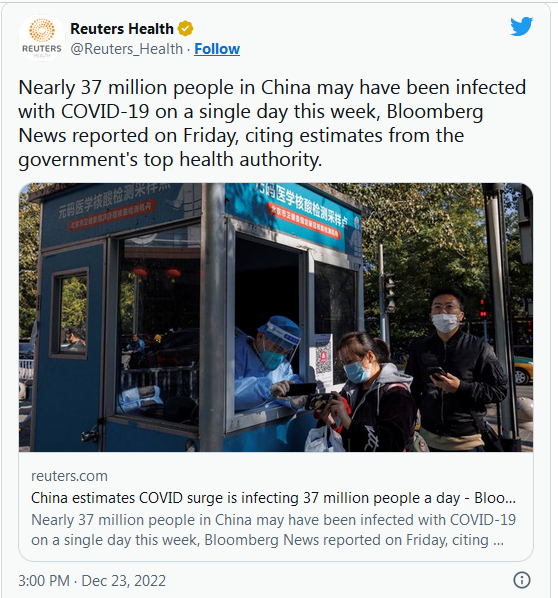 Frontline healthcare workers in China say hospitals are struggling with a surge in COVID cases. There are fears that patients may will be turned away due to lack of beds and resources https://t.co/570f7z839D pic.twitter.com/IhVbL5Hg9U

Chinese authorities are going door to door and paying people who are older than 60 to get vaccinated against COVID-19. Health experts say raising the vaccination rate among older residents is crucial to avoiding a health care crisis. https://t.co/o2eu1qTmEW pic.twitter.com/Mkl5txfPqT 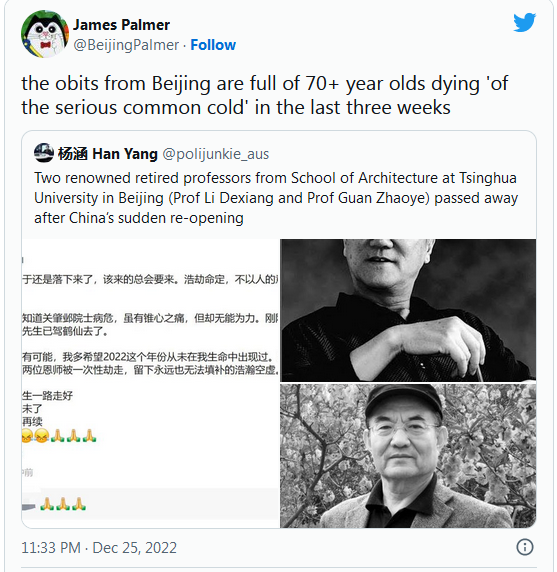 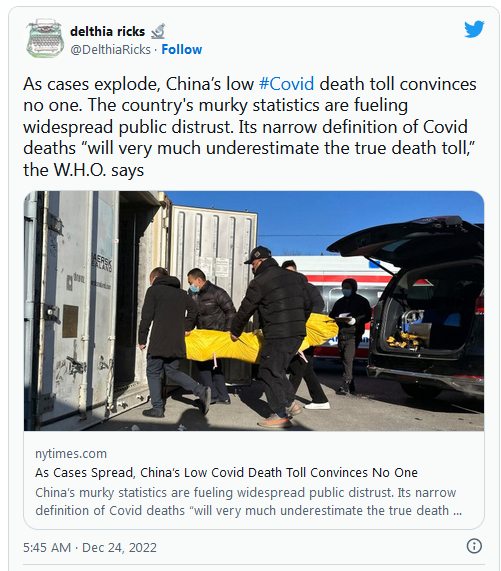 1/China is facing a medical emergency. Two harrowing days in Hebei’s ICUs shows the area’s hospitals are buckling with the spread of COVID. We saw ambulances turned away from hospitals, relatives frantically searching for beds, patients sprawled on floorshttps://t.co/Rq1Ov2ejpG 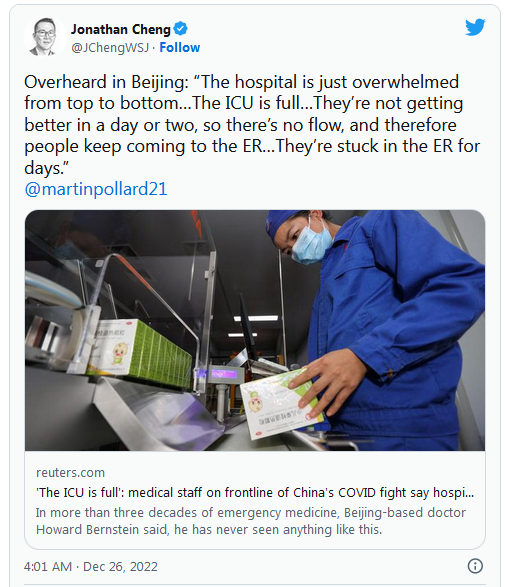 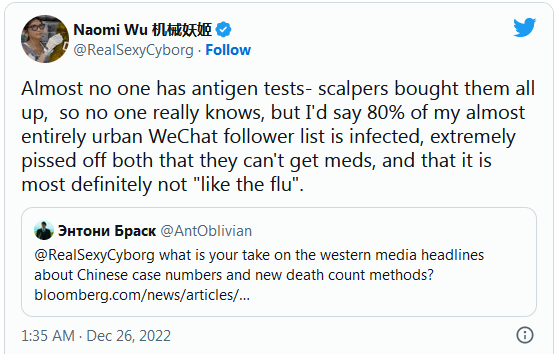 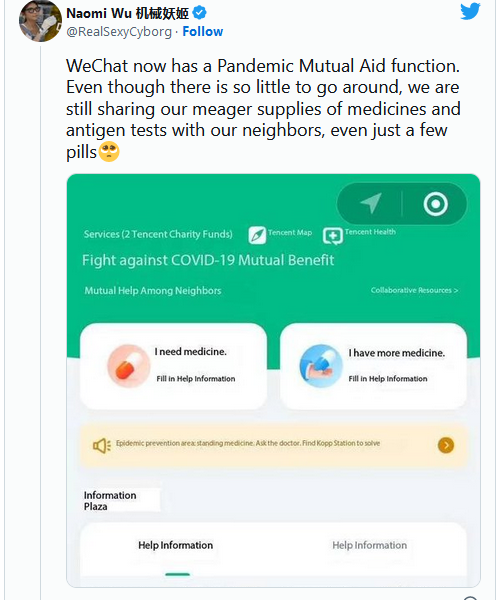 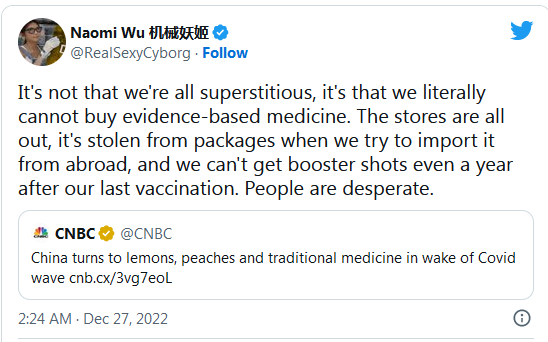 People keep trying to share their medicine and the postal service keeps opening and stealing the packages so they can sell the pills to scalpers for a huge markup. They stole a big package I had sent from the US😞 No way to complain or do anything though so need to hide them… pic.twitter.com/NFcKH3ATLE 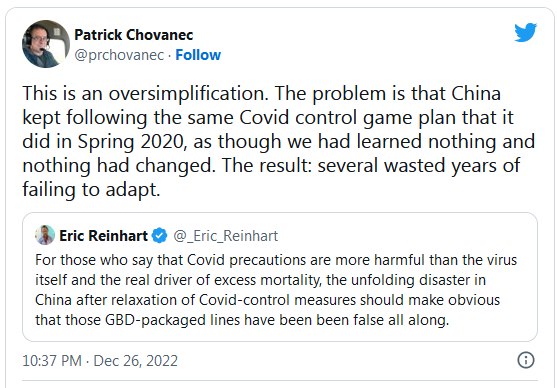 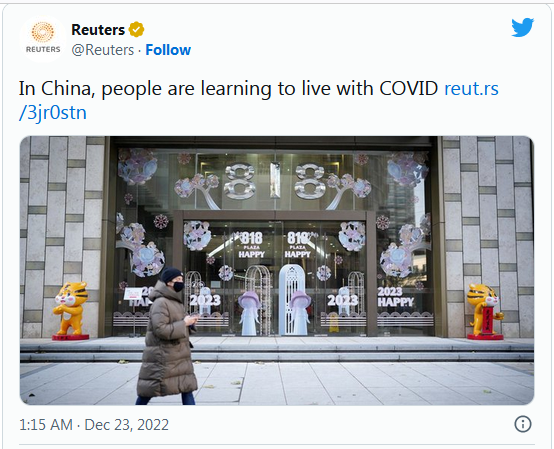 Chinese looked at wealthy countries with Paxolovid, a variety of vaccines, and far more ICU beds per capita as indications of what they could expect if they decided to "live with COVID". We don't have those things and we didn't get them during the three years we could have. 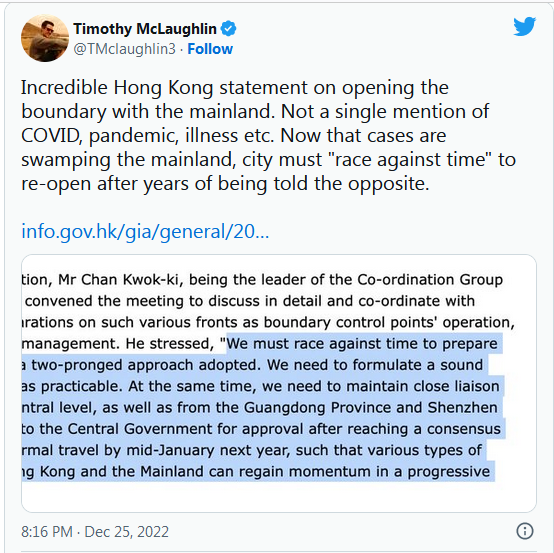 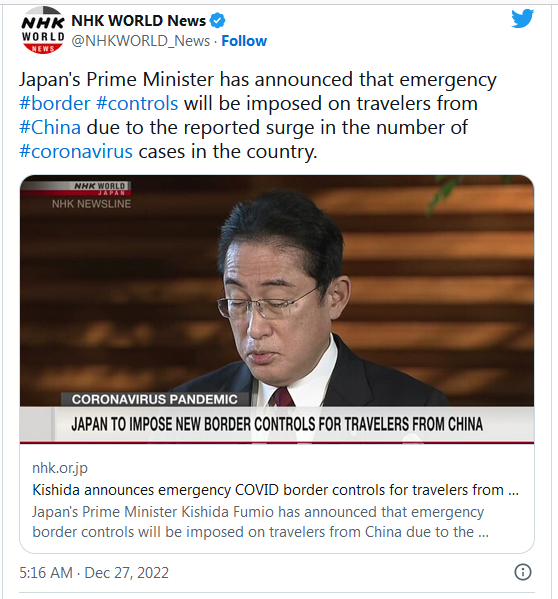 The daily tally exhibits a week-on-week increase for twenty straight days. The ministry also confirmed 19 deaths across the city. The number of seriously ill patients who are on ventilators or ECMO heart-lung machines has increased by 1 from Saturday to 44. 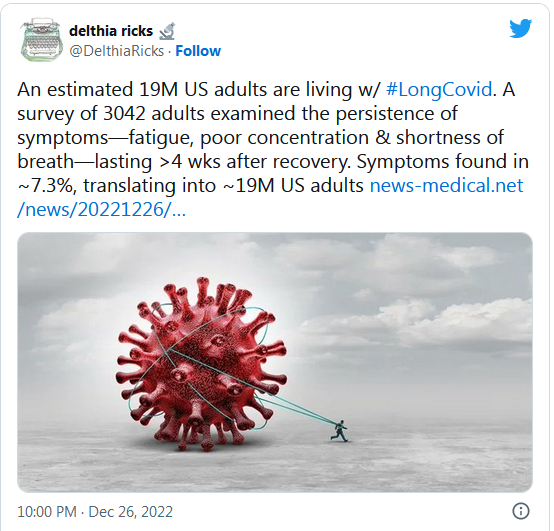 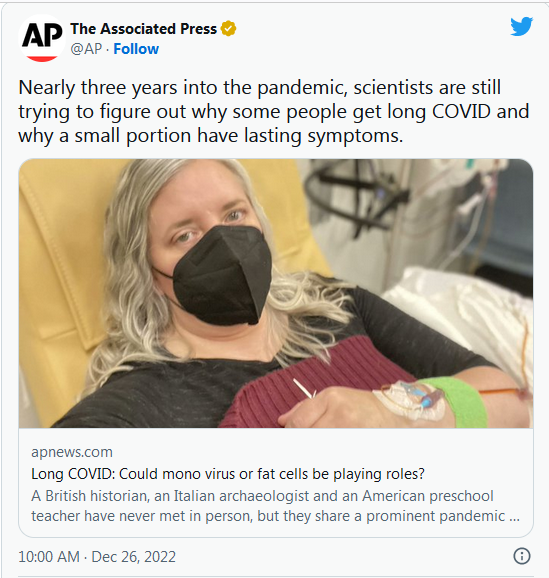 I wrote about the XBB.1.5 variant in the United Stateshttps://t.co/mnaA3kvpNp 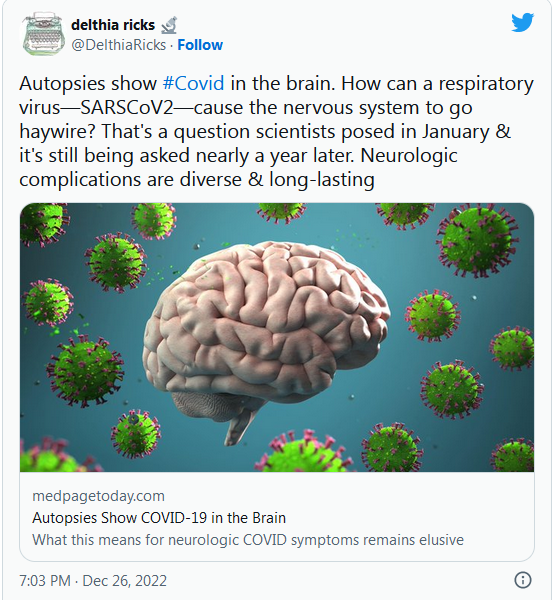 PRRI found that 59% of Americans agree that getting a COVID vaccine is a way to live out the religious principle of loving your neighbors, while 40% disagree.

The share of Americans who agreed with this statement increased over 2021. https://t.co/lKR4gnGZEB 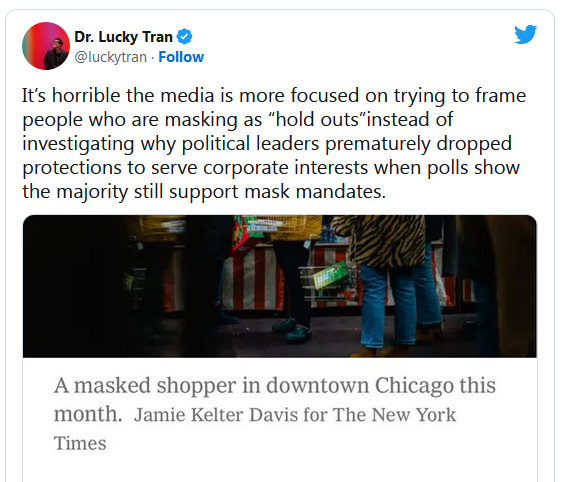 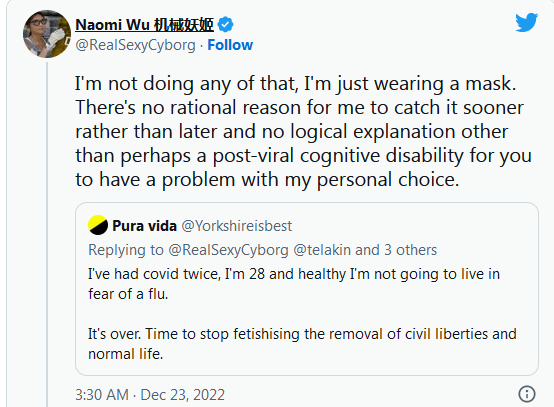