We are now two days into the other side of Christmas, and it’s Day 9 of favorite dog and cat pics.  And bunnies and horses!  Only one more day of this; we will end on Day 10.  The whole series is here: Favorite Dogs & Cats Series

Jada and Sioux, 2 weird Weimaraners (tip – they are all weird).  I got Sioux the dark colored one when she was 5 and had never bonded with anyone until me.  She learned to flop on her back for attention and I taught her to do it on command.  Jada was a failed show dog.  Beautiful but with the full suite of purebred neurosis.  It took weeks until I could pet her head while she was eating but she came around after 2 years.  RIP  (realbtl) 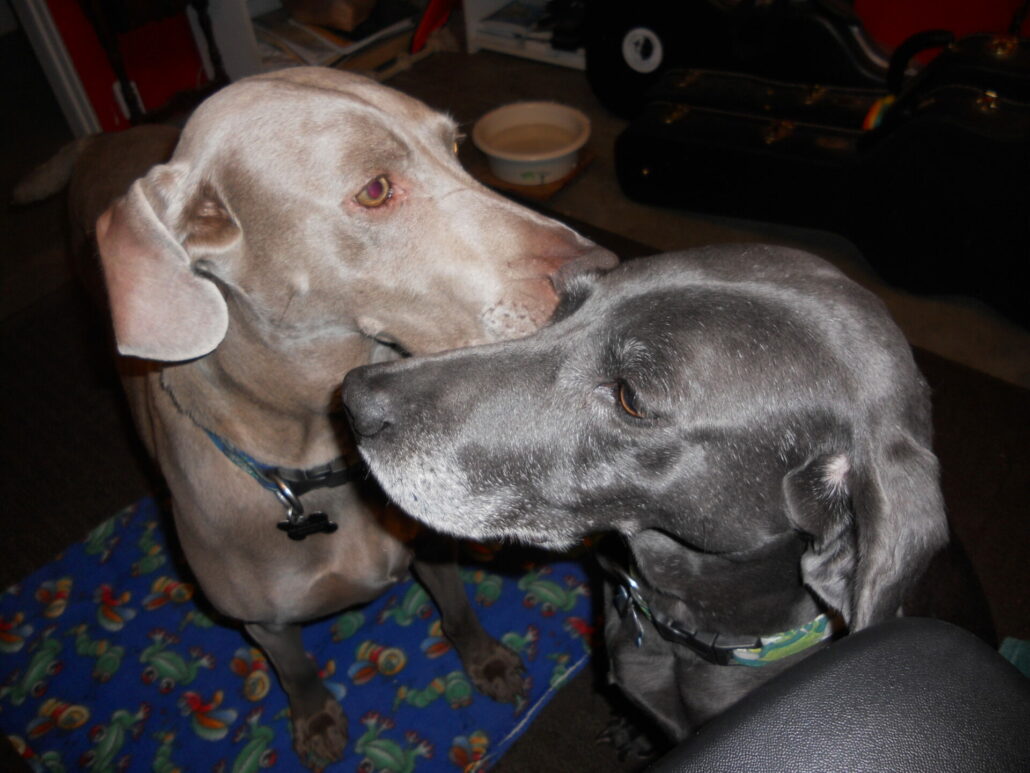 Christmas with Chloe the English Lab.  Adopted her at 6 and she was a lover soaking me to the elbows when I got home from work. RIP  (realbtl) 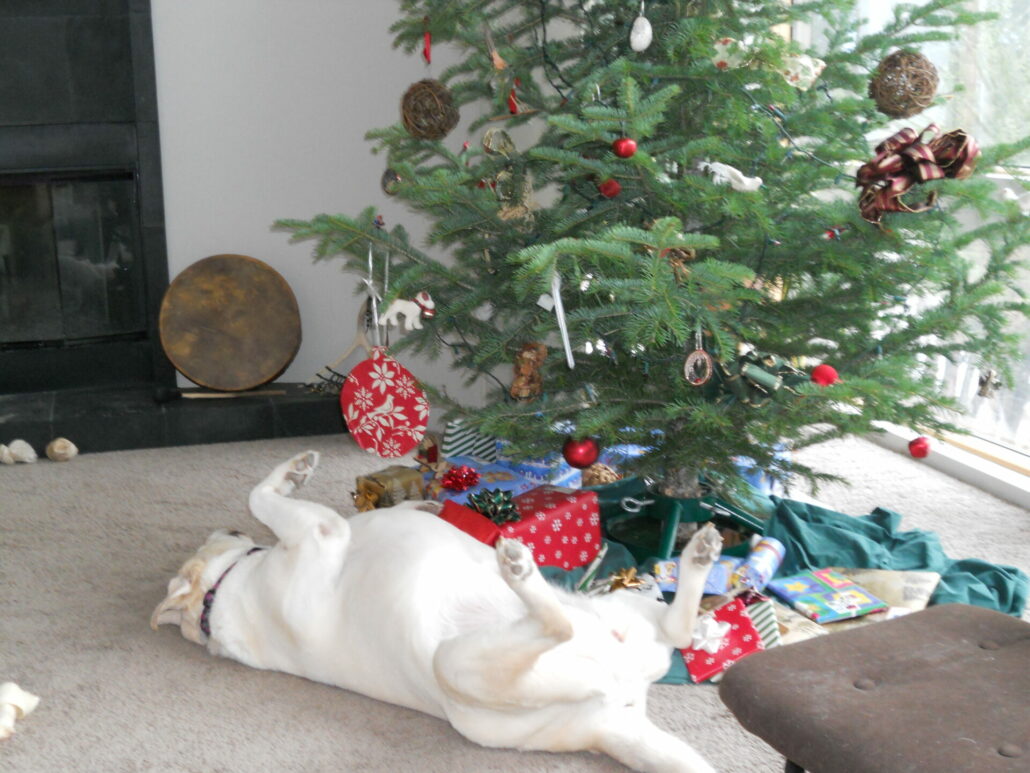 Adoption Day!  We got Anze from a young couple who couldn’t afford a place to live that would take a German Shepherd, he was 5 when the three of us fell in love.  We said goodbye to him this spring at 14 Anze was a superb dog in every way.  Anze was my 4th GSD, we changed his name so he could join the line of our GSD’s named after hockey players. 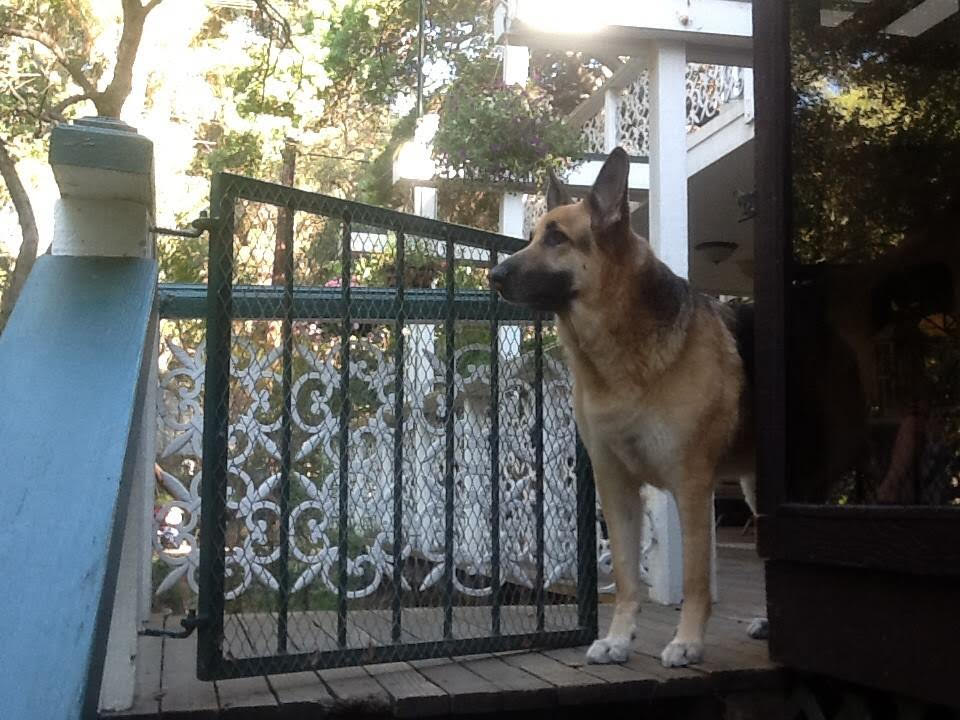 Riding in the backseat of his mom’s Volt.  (Jager) 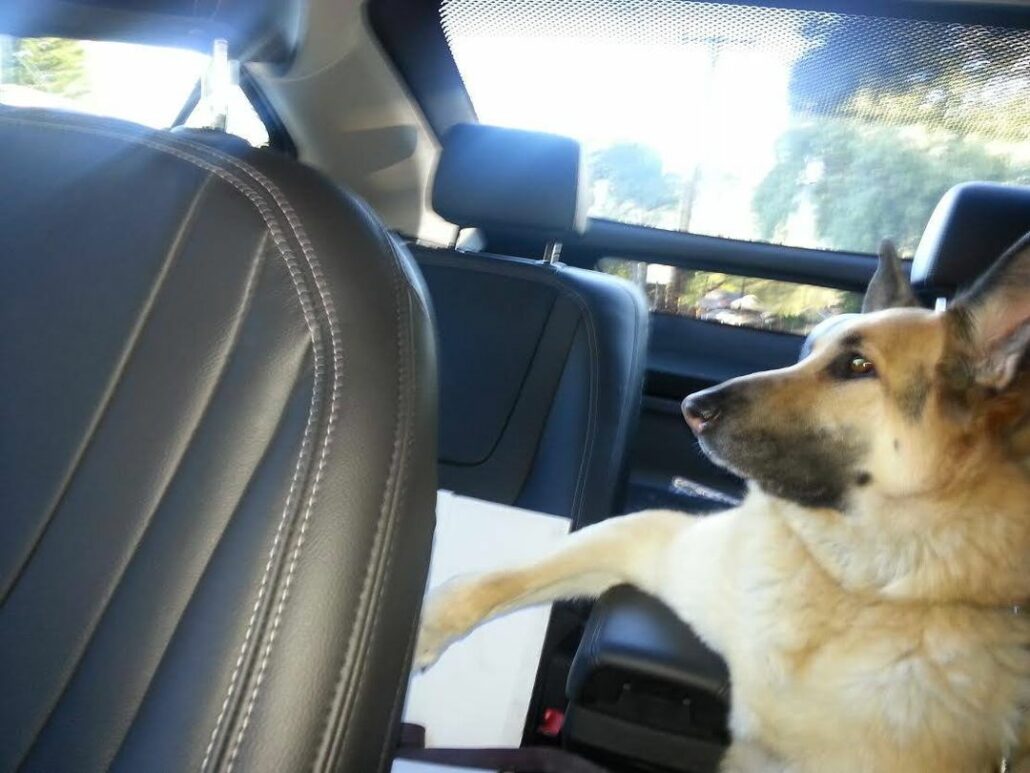 Saying hello to California Chrome’s older sister Precious (a good friend of ours owns her).  (Jager) 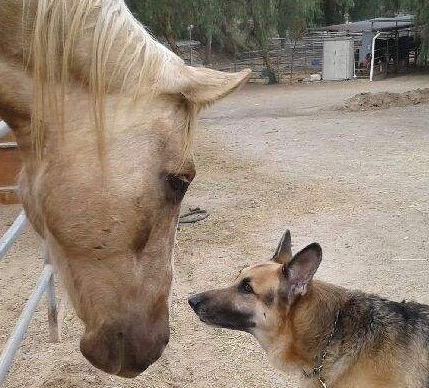 This is my very favorite animal Christmas photo. This is Roxy, beloved dog of my soul for 11 years. Newfoundland rescue, she moved on to a more exalted plane of existence, where frankly, she always belonged, back in 2017. Such a good girl. Also a passable Christmas tree.  (NutmegAgain) 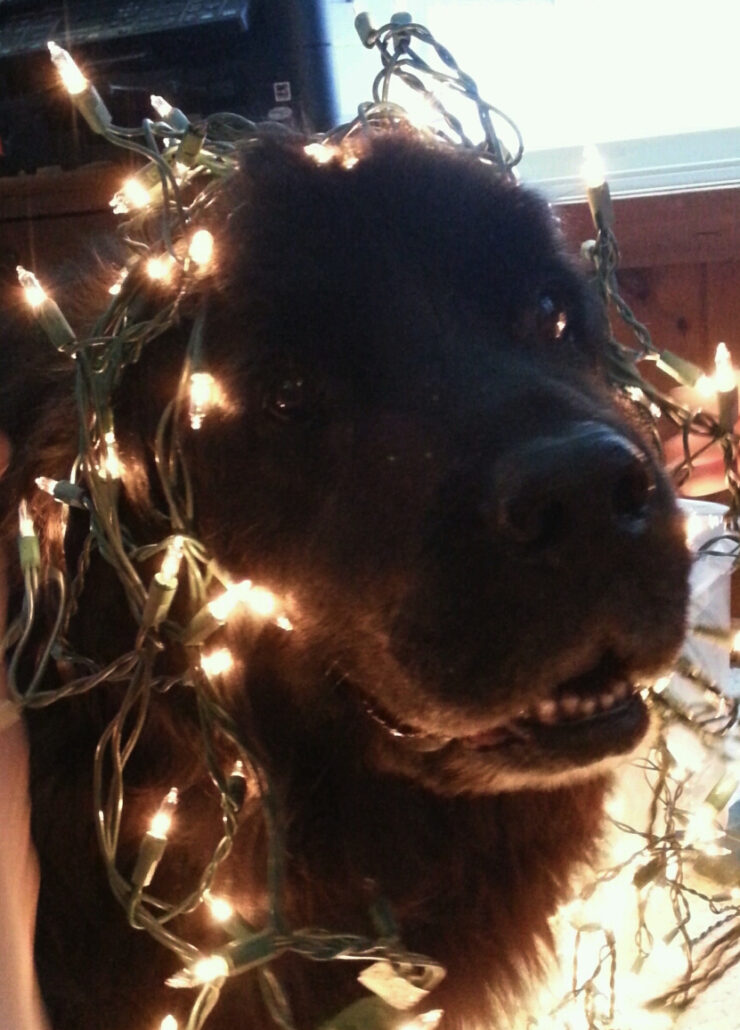 This is catie giving me the side-eye upside-down.  She’s cute like that.  (eddie blake) 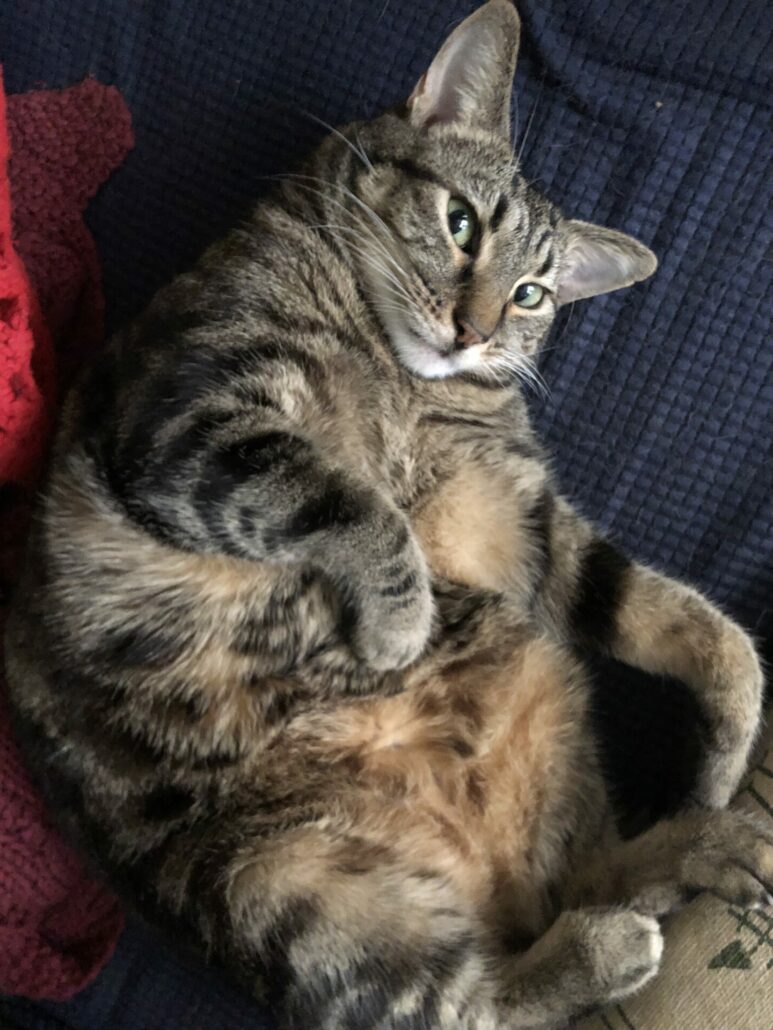 This is hamilton, surveying his kingdom from the cat-tree.  (eddie blake) 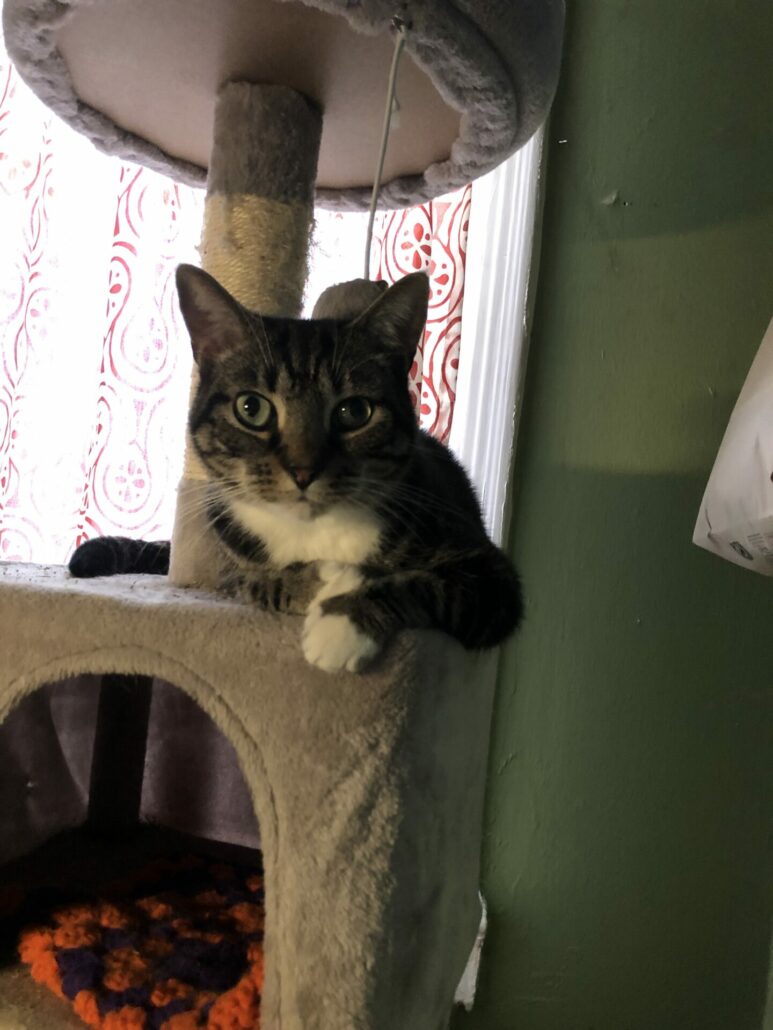 Woody.  What can I say?  A magnificent beast.  He’s 16.  He’s an ex-con.  We adopted him from the NM women’s prison in Grants, NM.  He’s rehabilitated.  A model citizen.  Sweet, lovable, huggable. (Dexwood) 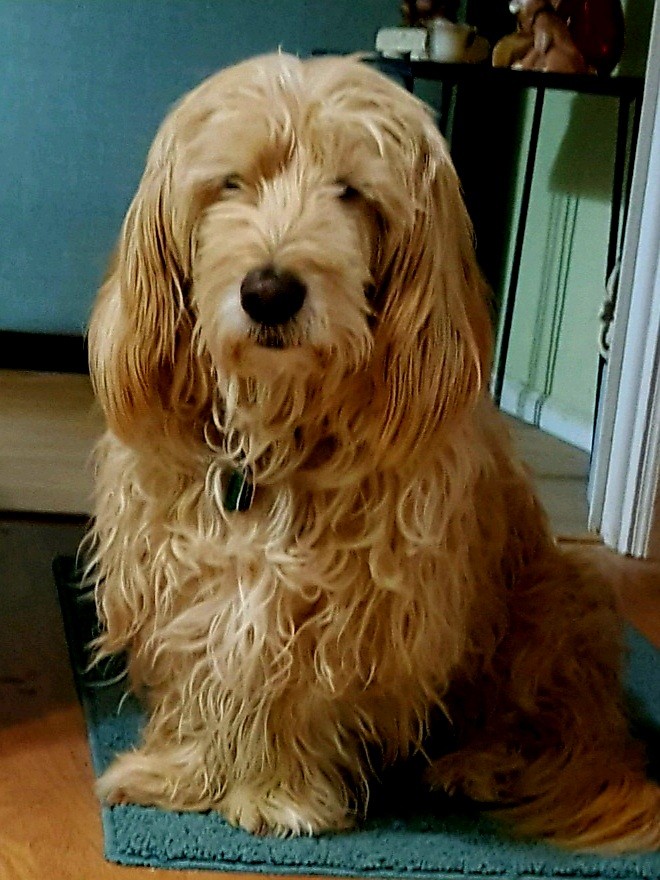 Here’s a photo of the fluffballs, Jazzbo & Misha, snuggled up in front of the fire.   (way2blue) 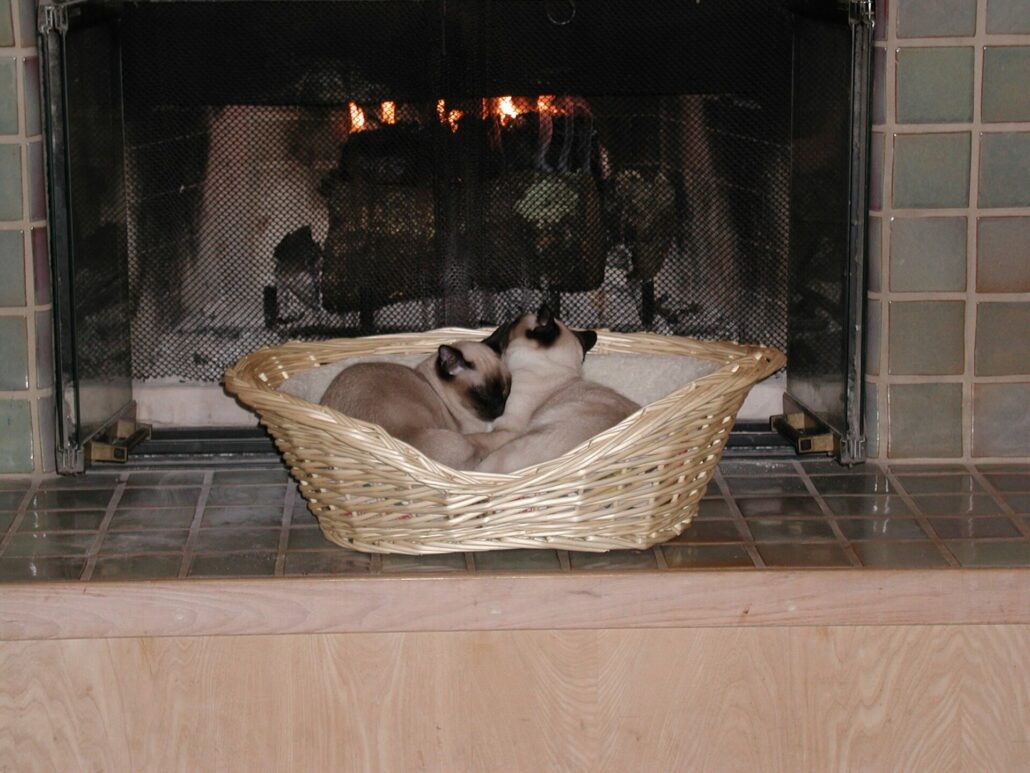 Mo showed up on our doorstep on election day 2016. The two incumbent cats thought cat events were imitating human events that day (one of them STILL does), but Mo turned out to be sweet and playful and permanent.  (sgkern) 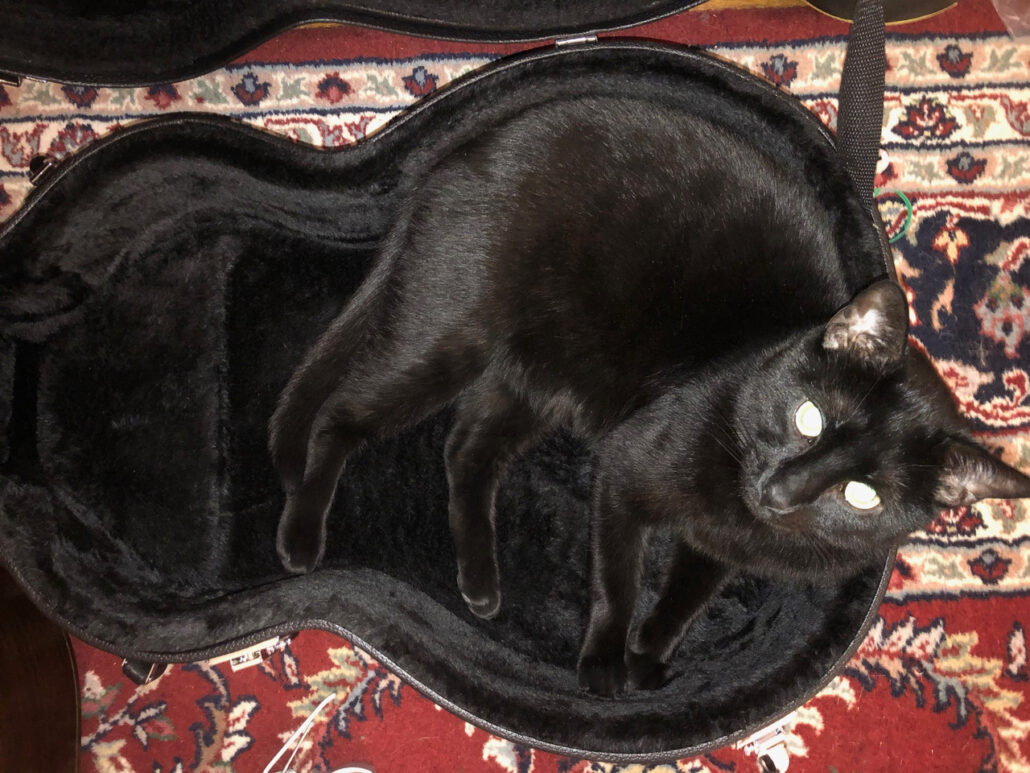 This is our pet trio, with Maddie pretending she just happens to be in the vicinity of the dogs.  (B B) 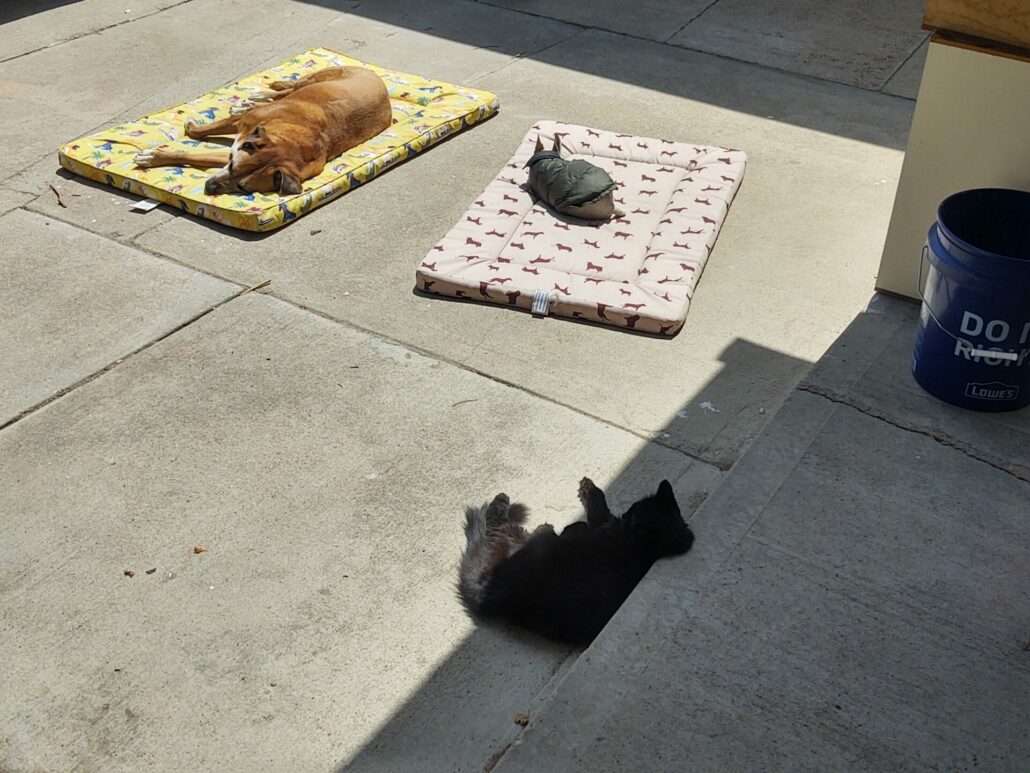 The kitty is Matilda the Hun, Maddie LeMieux, etc.  She loves leaves and cobwebs, and will not allow us to remove her adornments once she’s gotten them properly adjusted.  (B B) 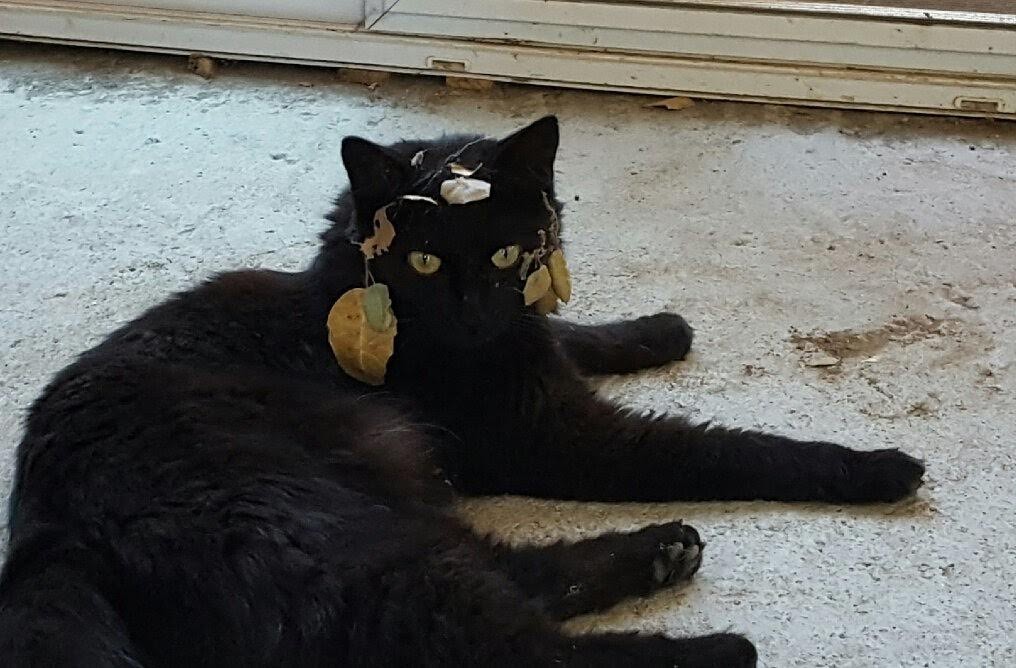 Matilda the Hun, with leaves again.  Notable that her Cleopatra impressions were taken months apart.  (B B) 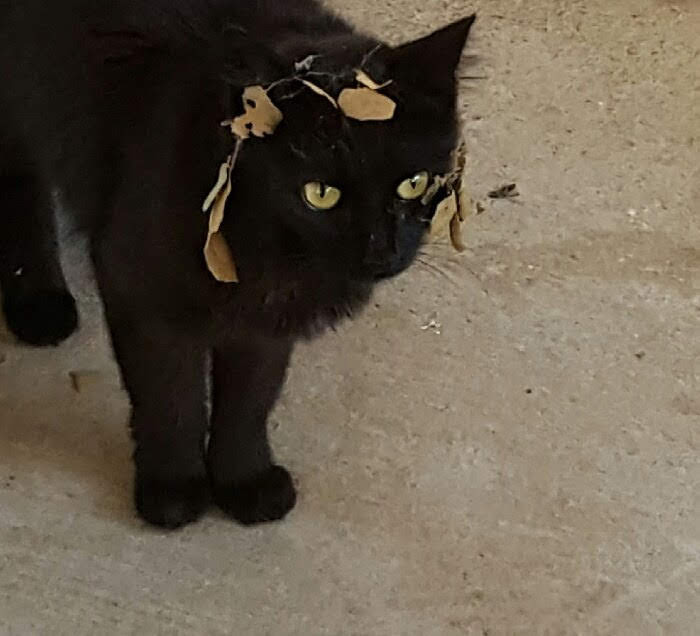 This is Fuzzy Cat. she was abandoned when her owners moved away, probably because she was a ground and a force of nature. She lived with us for 10 years, passing on after a thyroid tumor and radiation treatments, somewhere pushingg 20 from what the vet guessed. We still miss her. (John Smallberries) 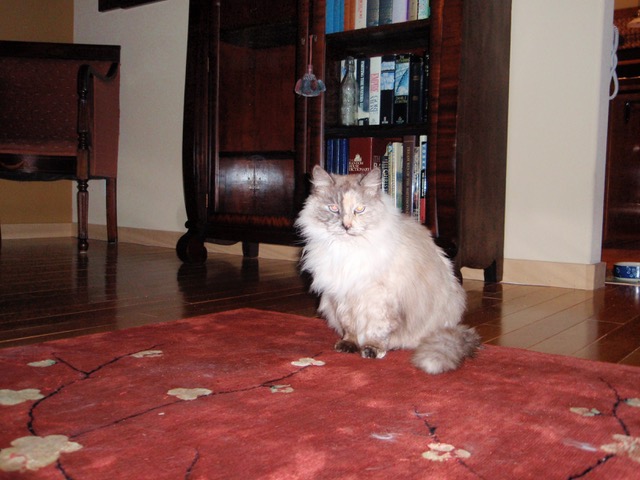 Here’s Indiana Jones hiding in my bed where he knows he’s not supposed to be.  (Cowgirl in the Sandi) 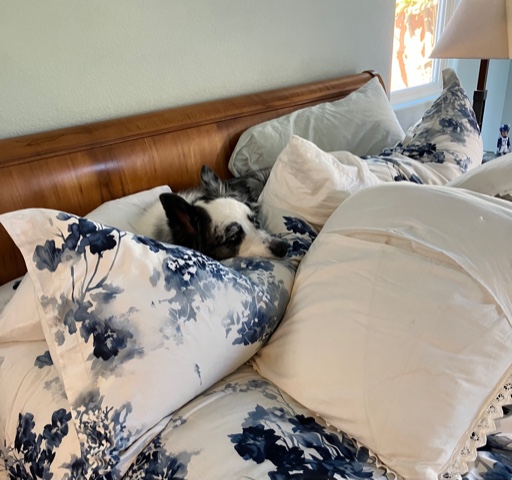