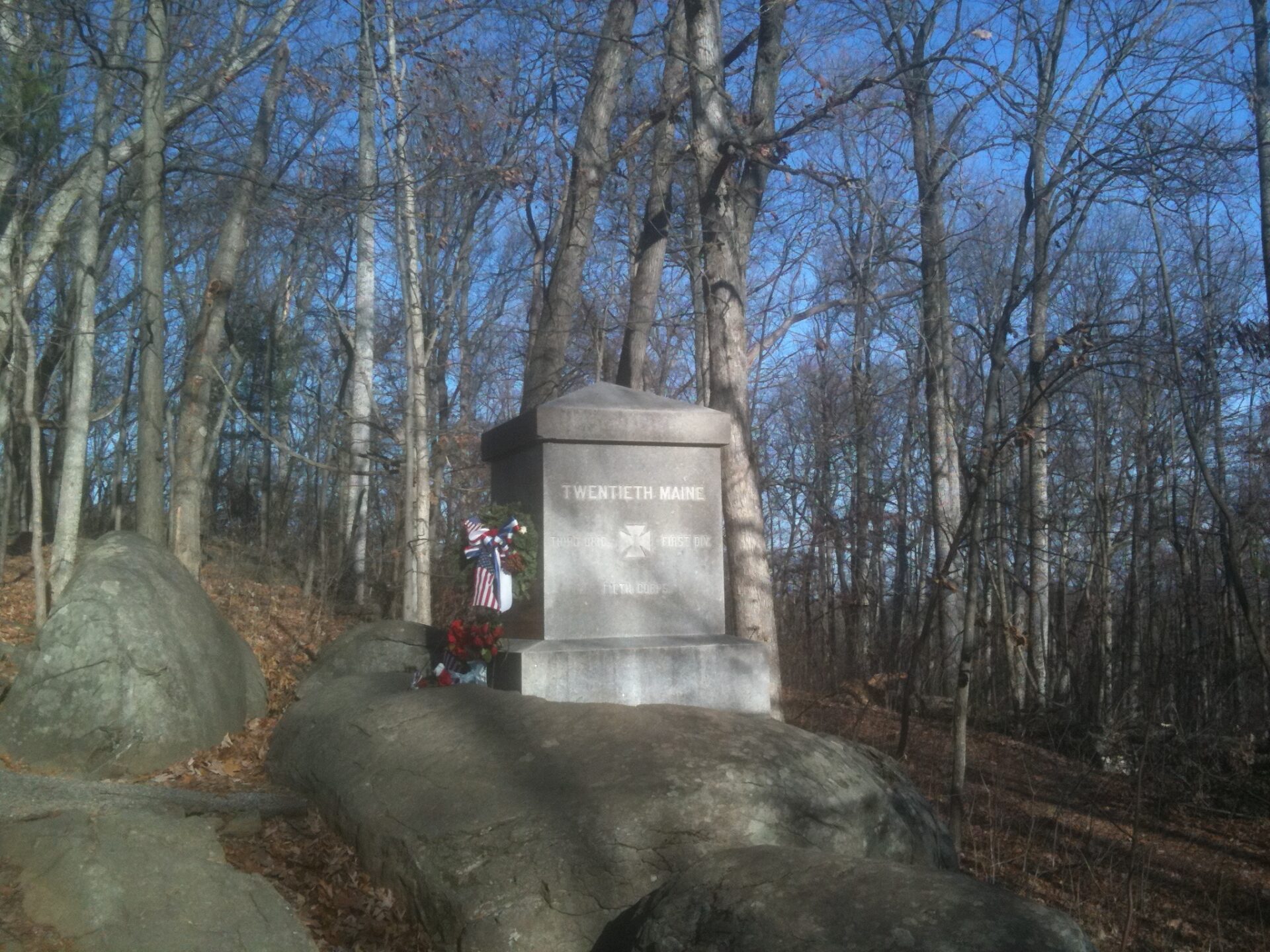 Since I’m sure you all are dying to know the latest news of my attempt to get my gmail account fixed, we had a late plot twist after we all went to – our should have gone to – bed. Google cancelled the recovery request process because I’m still logged into the account on my iPad. Supposedly, and supposedly is doing a lot of work here, if I run through the steps and have it send a 2FA code to my old phone # then 48 hours later it will, supposedly – still doing a lot of work here – if I rerun the process it will allow me to enter either an alternate phone # or email to get the code. We’ll see…

Other than this gmail issue, my new computer is AMAZEBALLS!!!! I’m very pleased and I can’t thank IvanX enough for all his assistance in sorting through options, his patience with my questions, and his easy to follow instructions to get it set up and everything moved over from the old one. Remember: IvanX for all your personal and/or professional computing needs!!!! As for my old machine, once I get the drive wiped, I’m going to have the battery replaced and then donate it to either the local organization I’ve volunteered with and they’ll give it to a refugee family so their elementary schooler can do their homework or a local charitable and social services organization that works with families in need so they could do the same.

Now that everyone is caught up on as the gmail turns, you’re probably wondering what Twentieth Maine’s defense of their position at Little Round Top has to do with Ukraine. The answer is simple: Senator Angus King (I-Maine), along with Senator Jack Reed (D-Not Maine) went to Kyiv and met with President Zelenskyy: 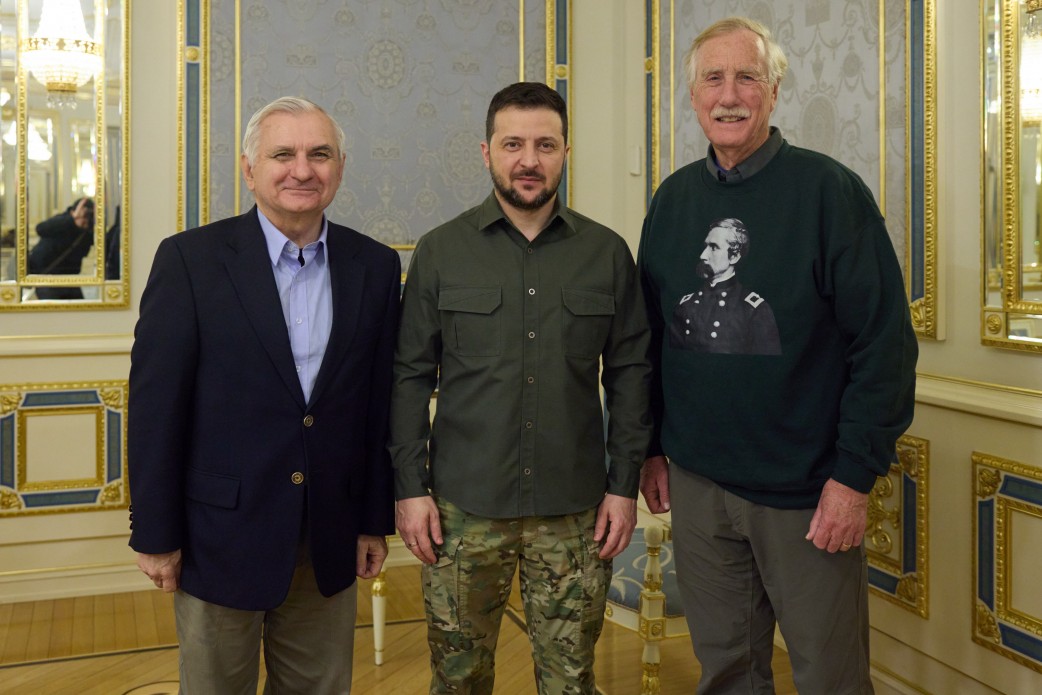 The President of Ukraine, Volodymyr Zelenskyy, met with Chairman of the United States Senate Committee on Armed Services Jack Reed, and a member of this Committee, Senator Angus King, who are visiting Kyiv.

The head of state highly appreciated the support of Ukraine from the US people, the US President and Congress.

“First of all, thank you for helping our troops. We really feel it. The United States is leading the way in this extremely important issue. This brings our victory closer,” Zelenskyy said.

The President of Ukraine particularly noted the results of his December visit to Washington, during which the powerful bicameral and bipartisan support of our country in Congress was demonstrated.

“Thank you very much for the invitation to visit the United States and for the results of this visit. I have seen the attitude of the Americans who are really supporting us. People were on the streets and expressed their support for Ukraine, defending its freedom in the bloody war,” the Head of State said.

Zelenskyy highly praised the approval of the $45 billion aid package for Ukraine by Congress at the end of last year.

“It is important that you provide us not only with financial support but also help Ukraine overcome other serious challenges, such as restoring our energy system,” the President said.

During the meeting, he told the senators about the current situation on the front lines and the risks of a possible escalation. Zelenskyy said that he objectively assesses the Russian proposal for a “ceasefire” as a manipulation by which the aggressor tries to hide its true military plans and intentions.

The head of state briefed Reed and King on the major needs of Ukraine in weapons and military equipment. He emphasized the need to further increase defense assistance, which will contribute to the approaching victory over the Russian aggressor.

Given Russia’s ongoing missile terror against Ukrainian cities and energy infrastructure, the President separately addressed the issue of the importance of strengthening Ukrainian missile defense.

Zelenskyy highly appreciated the transfer of the Bradley fighting vehicles to our country announced by the White House and the agreements reached with Germany on supplying one more Patriot air defense system.

Separately, the Head of State emphasized the importance of Ukraine’s political support in the implementation of the Peace Formula and expressed hope for the leadership of the United States in this process.

Once again, I wish everyone who celebrates today, on this day, which has already become historic for Ukraine, for the spiritual independence of our people, a Merry Christmas.

I was glad today to see how many people, how many of our soldiers attended the service in the Kyiv-Pechersk Lavra – in that holy place, which is one of the origins of the Ukrainian cultural tradition.

It’s very important that a sincere prayer for Ukraine was today and will continue to be heard in the Lavra. And that no one will make Ukrainian a stranger in the laurel.

Ukrainian independence must be strong in all its elements. And it will be like that. Forever. We’re bringing it ourselves.

And it’s very important to continue staying in the mood that was felt today. The joy of strengthening Ukraine and achieving historical justice.

I wish all Ukrainian men and women that you and I have this mood more often.

Today, I signed the decrees on the implementation of the decisions of the National Security and Defense Council – a new meeting was held.

First, we approved the general action plan of the National Security and Defense Council for this year. It will certainly be no less forceful than in previous years, and the key priority is to ensure our independence and strengthen our ability to defend ourselves – making all the steps required, using all the means that will work.

Secondly, we have an intermediate result in the work regarding many citizens of Russia and persons associated with it who justify the war, help to wage it, or glorify the terrorist state. Today, there is the first such sanctions list – there will be further decisions on sanctions against such persons.

Everyone whose voice sounds in unison with the roar of Russian artillery will be isolated from the civilized world.

And, by the way, the world was once again able to see today how false any words of any level that sound from Moscow are. They said something there about an alleged ceasefire… But the reality is that Russian rounds hit Bakhmut and other Ukrainian positions again.

It has been confirmed once again: only the expulsion of the Russian occupiers from Ukrainian land and the elimination of any opportunities for Russia to put pressure on Ukraine and the whole of Europe will mean the restoration of the ceasefire, security and peace.

And I thank everyone who helps us defend the independence of Ukraine!

Thanks to everyone who fights and works for our country!

Today we are one step closer to our victory.

Touch not the cat, bot a glove!

So.
I see we’re moving towards Ukraine being provided with Leopard 2s. Nations seem to have finally decided to put this war to an end.

The U.S. military aid package to Ukraine will for the first time include Sea Sparrow missiles, which can intercept aircraft or cruise missiles. Ukrainian military has managed to tweak Soviet-era BUK launchers to fire the Sea Sparrow. -according to Politicohttps://t.co/wt8nXeCkjT pic.twitter.com/DuWiiqYTJ7

Politico has the specifics:

The package will for the first time include radar-guided Sea Sparrow anti-air missiles, which can be launched from the sea or on land to intercept aircraft or cruise missiles. In a bit of battlefield innovation, the Ukrainian military has managed to tweak its existing Soviet-era BUK launchers to fire the Sea Sparrow, two people familiar with the matter said. Up to this point, Taiwan has been the only country to operate the ground-launched version of the missiles, while the U.S. and multiple allied navies use the ship-mounted version.

A 66-year-old man and a 61-year-old woman were killed and 13 other local residents were injured as a result of the russia’s «Christmas shelling» in Bakhmut.#russiaisaterroriststate

Putin's cannon fodder: this photo claims to show dead Russian soldiers following one of many recent frontal attacks on Ukrainian positions in Bakhmut – the Kremlin is trying to overwhelm Ukraine's defenses with suicidal attacks pic.twitter.com/AvKb79M0N2

Well that’s Wagner PMC all over!

It happened! Watch the first episode of the animated series «Patron The Dog” at the link (enable ENG and PL subtitles)🤩https://t.co/OKSHujHprv

Please write in the comments if you liked it❤️👅 pic.twitter.com/TKuoFgDF76

And a new video from Patron’s official TikTok! I bet you can’t guess what it’s about!

The first episode is already on my YouTube! Link in the profile header☺️️