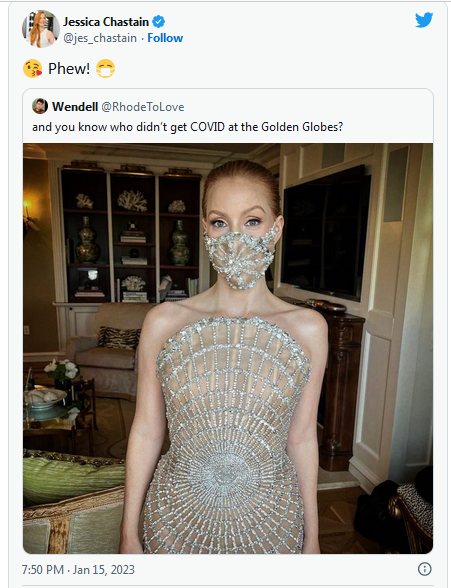 What lessons have we learned from the #Covid pandemic in the last 3 years? Global public health experts at the Nat'l Univ of Singapore name several:
1.) Need for global cooperation
2.) Trust
3.) Pre-emptive investment
4.) Commitment to equity https://t.co/c3hcGsDK4T 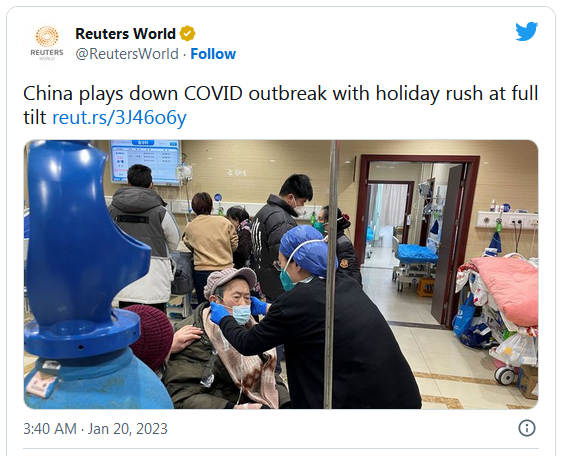 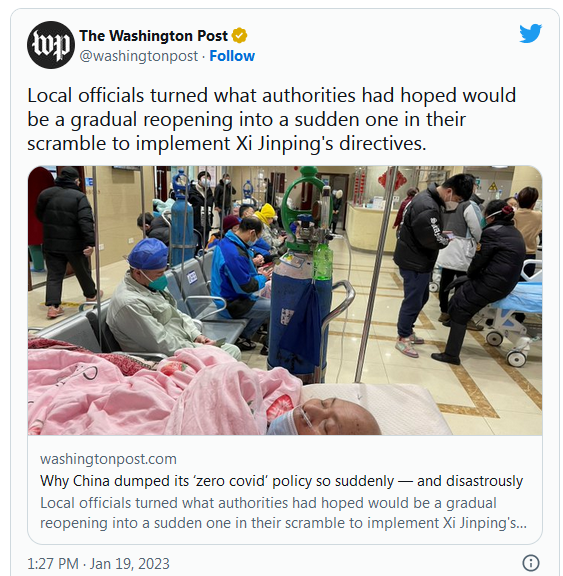 Up until the last minute before China relaxed three years of severe covid restrictions, officials and state media were hailing the country’s “unswerving” commitment to a strict containment strategy and the “significant advantages of our socialist system.”

That same system then witnessed a chaotic reopening, with the abrupt abandonment of lockdowns, mass testing, quarantines and contact tracing. Sick patients have since overwhelmed hospitals, and funeral homes and crematoriums have been mobbed, while relatives outside China scrambled to send basic medications that were suddenly nowhere to be found…

The sudden policy reversal in early December and lack of preparation in a country that for years marshaled huge amounts of resources and personnel to enforce covid rules on 1.4 billion people has baffled residents and public health experts.

“There was no plan. No steps. No contingency plans. When Singapore reopened, it was in four stages. We’ve done it in one go,” Wei Jianing, a researcher at the Counselor’s Office, an advisory body of the State Council, said in a speech at an online forum Dec. 24. His comments were later censored on Chinese platforms.

Facing economic and social pressures, as well as an omicron variant that was already breaching covid defenses, China’s leaders had little choice about relaxing restrictions, but a potent mix of factors, including President Xi Jinping’s highly centralized decision-making, the party’s total mobilization for “zero covid,” and confused messaging, resulted in a rushed and chaotic reopening…

In November, after almost three years of zero covid that paralyzed the economy, authorities moved toward a gradual reopening with a 20-point plan for “improving covid control” aimed at toning down the most extreme measures.

It should have been a good time for the transition. Xi, recently reanointed as leader of the Communist Party and the military at a key party congress, was at the pinnacle of his power.

But local governments were confused. Up until then, upholding zero covid had been their chief political task. Some cities loosened restrictions; others maintained them or tried to do both. As outbreaks of the omicron variant spread in major cities like Beijing and Guangzhou, authorities re-tightened covid measures…

On Dec. 7, following the protests, which authorities stamped out through detentions and arrests, Beijing released another set of guidelines for local governments, abolishing mandatory testing and personal health codes, which were used to track coronavirus test results and gain access to shops and other public buildings. The new policy was not meant to signal a complete reopening, according to a State Council spokesperson at a news conference, but that the government would “take small steps” at opening up.

Yet local governments, reading it as a sign from the central government to end zero covid, raced to implement the new policy. According to Li Zhuoran, a PhD candidate in China studies at Johns Hopkins University who interviewed officials from three localities, the rushed reopening did not come from Beijing but from local governments jumping the gun.

“This was a sort of chaos,” Li said, adding that local authorities saw only two options: remaining closed or opening up. When the central government announced the opening — even though it was envisioned as a gradual process — officials rushed to comply. “They didn’t want to be left behind.”… 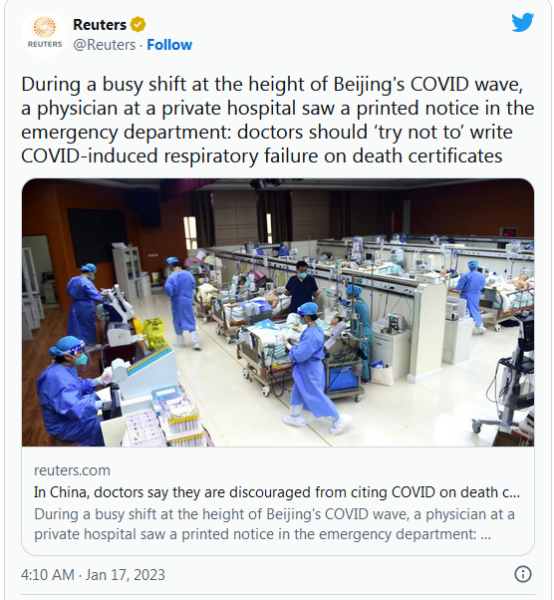 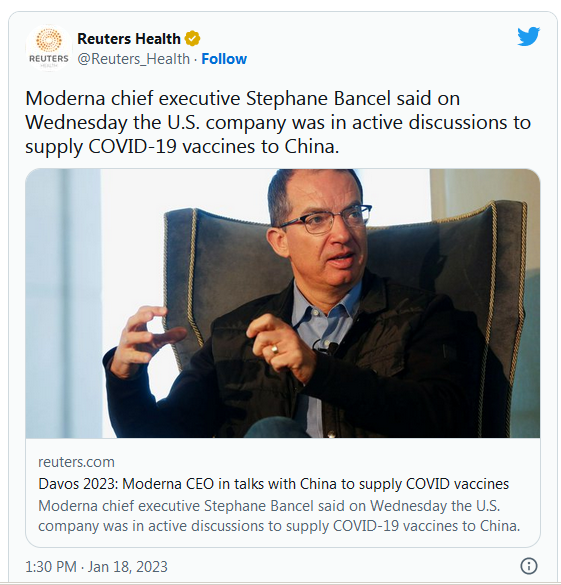 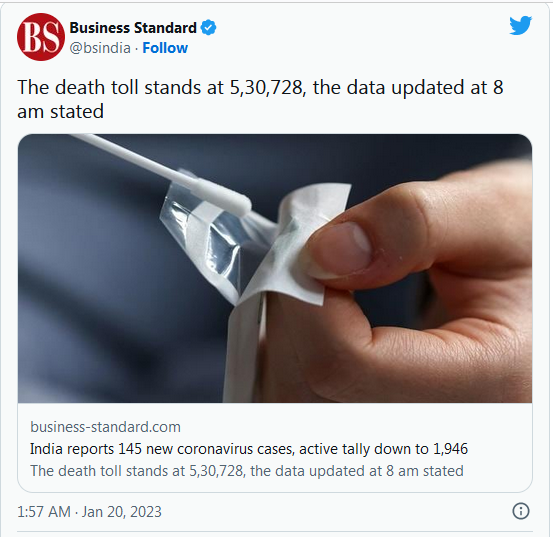 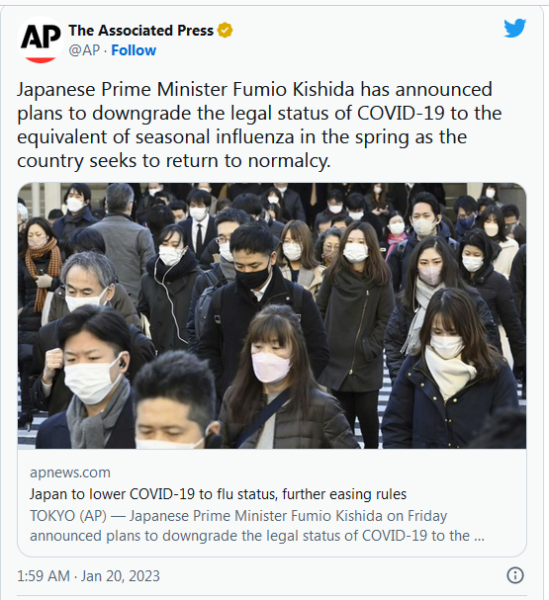 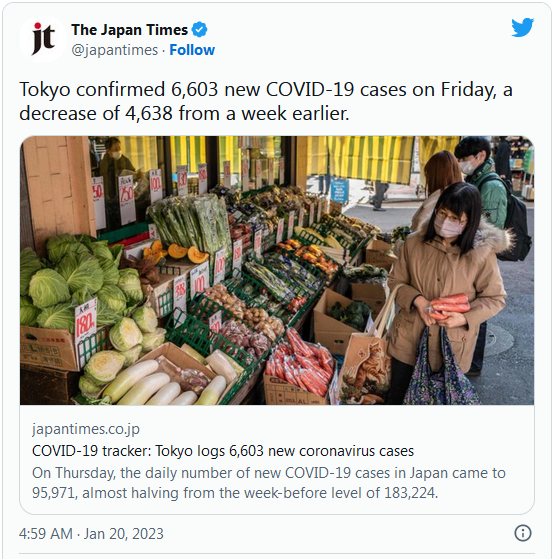 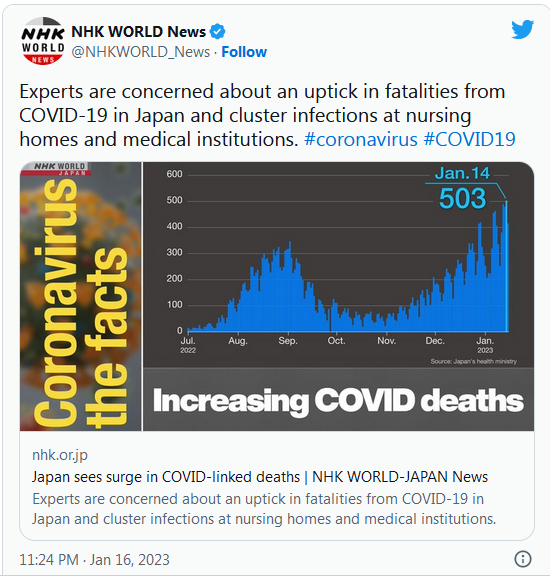 There are now 10 lab studies that compared the bivalent BA.5 with the original booster. Overall they demonstrate improved neutralizing antibodies to not only BA.5, but also XBB and other new variants
I've updated the summary of the lab and clinical data https://t.co/tR5S4BBaYb pic.twitter.com/J7RHbFPLUP 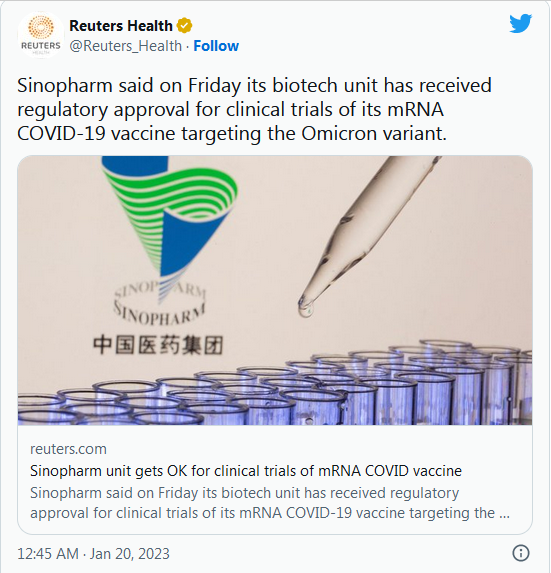 The benefit of vaccination after Covid to prevent #LongCovid, a ~40% reduction, across multiple organ systems (including lung, neurologic, diabetes)https://t.co/mktVsYMe9o @JAMANetworkOpen pic.twitter.com/d1HuxaLDKm 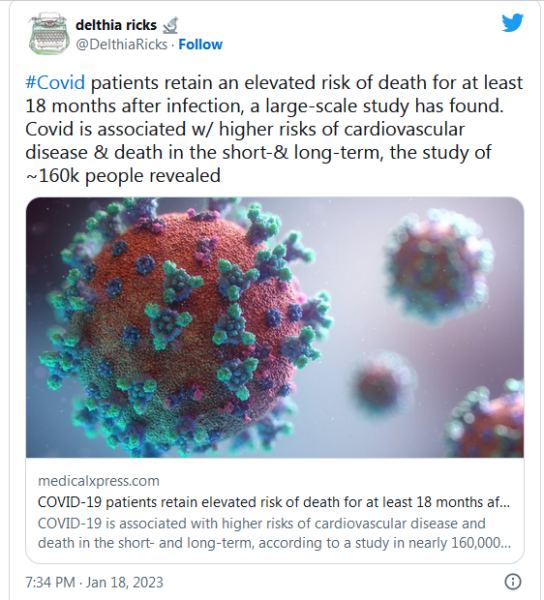 A long hunt for a #LongCovid validated treatment, for which there are none yet
A review of 388 registered clinical trials assessing 144 different interventions. Many candidates, as we recently reviewed, but trials are too small, equivocal https://t.co/TRg8r8o0C5 @CMIJournal pic.twitter.com/rMIrYedI3M 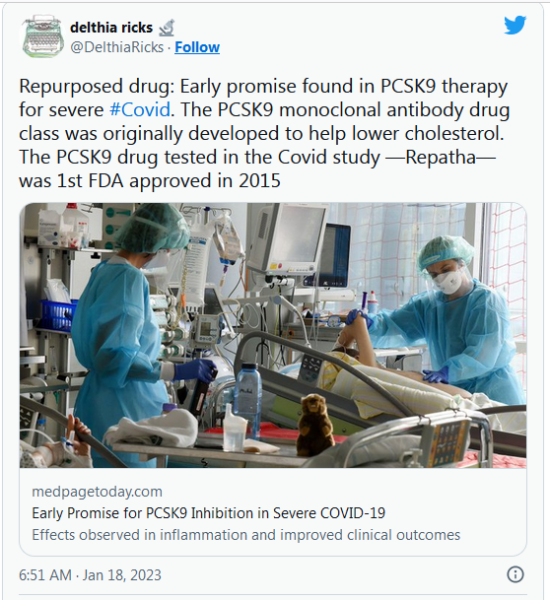 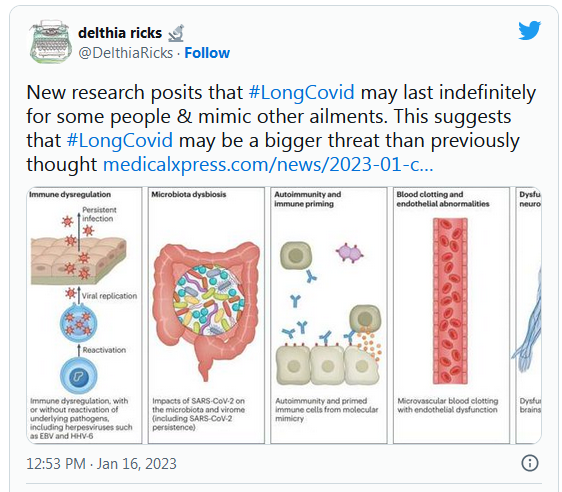 The Omicron variant during pregnancy was linked to higher risks of maternal morbidity and pregnancy complications among symptomatic and unvaccinated women.https://t.co/e6Qz1rEuUV 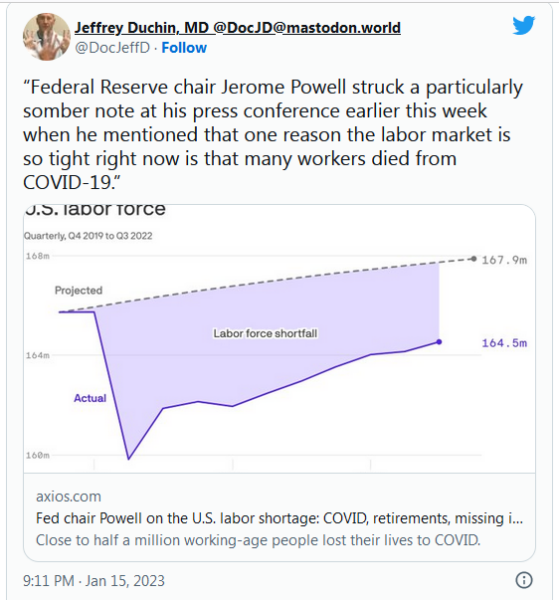 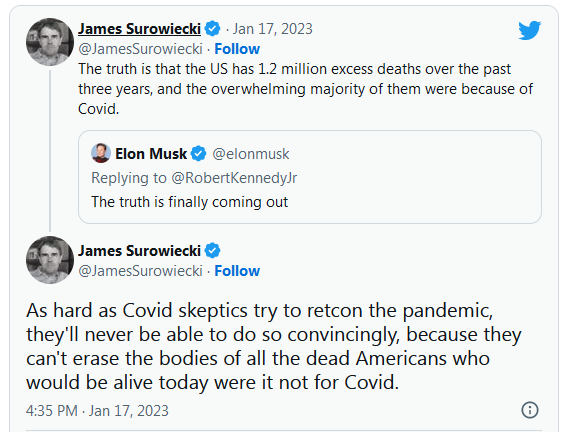 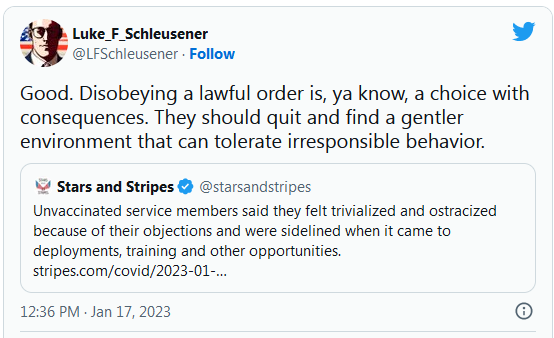 On The Road – JanieM – Bleak Beauty
Next Post: Friday Morning Open Thread: To the Moon! »