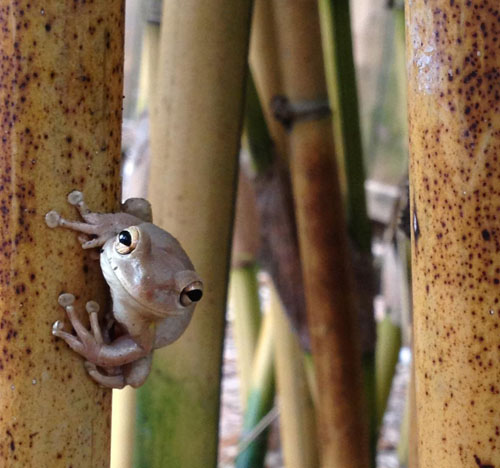 I have a weirdly fraught relationship with the local frog population. Not sure why. My head isn’t particularly lily pad-shaped, but I can hardly venture out after dusk without a frog flinging itself at me. They don’t persecute anyone else to the same degree. It’s a mystery.

Anyway, sometimes I see them first. This one’s a cute little bugger. Feel free to discuss amphibians or anything else.

END_OF_DOCUMENT_TOKEN_TO_BE_REPLACED 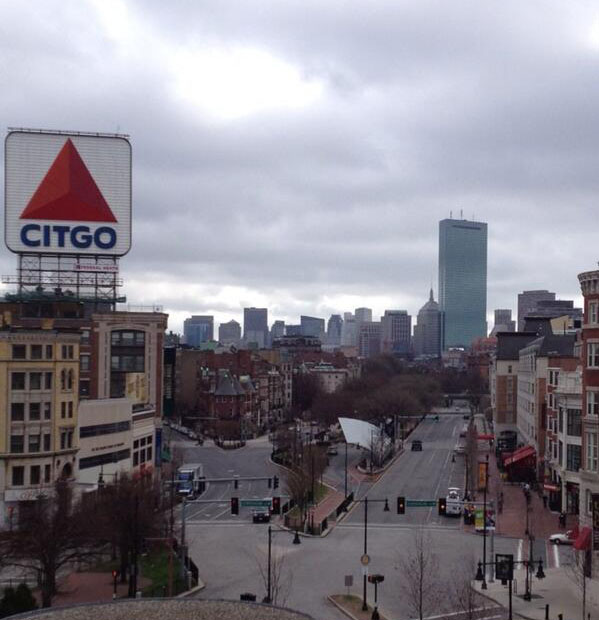 Photos of the deserted streets of Boston via Buzzfeed. New thread since the old one is getting lengthy and sadly troll-befouled. Stay safe, everyone.

END_OF_DOCUMENT_TOKEN_TO_BE_REPLACED 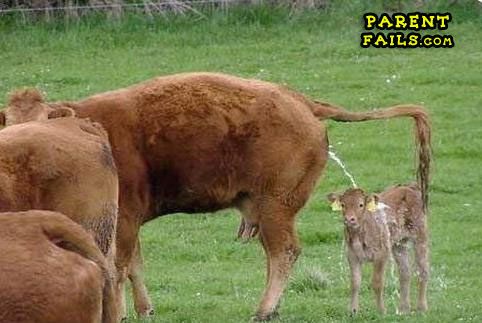 Also2, via Wonkette, contemplate the Kristolian cluelessness of Glenn Beck:

No American citizen blows up random people. That’s a Middle Eastern scene, that’s not an American scene — when our crazies go off, they target the government, not streets that are crowded with people.

END_OF_DOCUMENT_TOKEN_TO_BE_REPLACED

I dropped the kiddo off at school this morning, like I do most weekdays when it’s not summer. I was driving away, reeling from the teenage-pheromones contact buzz and listening to NPR’s breathless coverage of the Boston Marathon bombings, and it occurred to me for the millionth time that we — all of us — are generally able to ignore the specter of death due to a lifelong practice of internal terror management, using whatever ways work best for us.

None get out alive, and the unlucky are separated forever from those they love in an instant by extraordinarily violent means. Sometimes it makes screaming headlines; more often it goes unnoticed by all except those directly affected. But the pain and despair are the same.

I saw this crane family in a median strip on the highway, two fuzzy hatchlings and their parents: 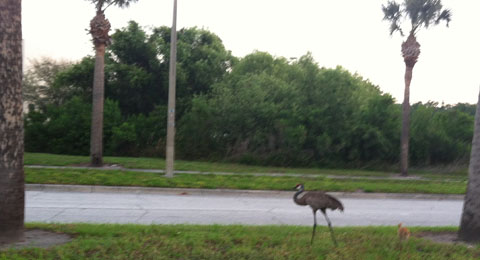 Of course, it all looks fuzzy because I suck as a photographer and was using a camera phone while stopped on the highway and watching for oncoming traffic in my rearview mirror. But trust me — the babies are adorable fuzz balls on stalky legs following sleek, elegant, purposeful parents who stand more than three feet tall:

Did seeing this lovely crane family turn my morbid thoughts to life and spring and hope? Well hell no, actually: For one thing, the damn cranes were on the median strip of a highway with a 45 MPH speed limit, so I worried that they’d be flattened by a school bus or dump truck.

But the cranes were focused on the moment, attentive to the task of finding the next juicy bug, with the adults helping the chicks learn to ruin flowerbeds and putting greens while navigating swampy landscapes with all the attendant hazards. Their kind — and ours — will continue about the business of daily life until the earth chokes to death on emissions, is rendered barren by an asteroid or is incinerated by the sun, whichever comes first. There’s some comfort in that, I suppose.

Please consider this an open thread.

END_OF_DOCUMENT_TOKEN_TO_BE_REPLACED

Two items in the news about Cuba (optional soundtrack below):

As Balloon Juice commenter Lamh35 pointed out in the bitchfest thread, it’s probably unwise for Marco Rubio to try to turn Jay-Z and Beyoncé’s trip to Cuba into Benghazi II: The Castro-ation. It’s dumb for several reasons:

1) Castro is a doddering, toothless old fart whose utility as a wingnut bogeyman is receding faster than his gum line.

2) Beyoncé may be more widely worshipped than Jesus at this point, so Rubio will piss off her millions of fans, and for what? The Cuban exile vote can’t even swing an election in Florida anymore, much less the US.

3) The only reason our absurd Cuba policy continues is because, a) most Americans don’t know / don’t give a shit about it, and b) numbers 1 and 2 above haven’t quite sunk in yet with the political-media industrial complex.

Rubio released a statement on Beyoncé and Jay-Z’s trip, saying, “U.S. law clearly bans tourism to Cuba by American citizens because it provides money to a cruel, repressive and murderous regime.”

Well, yeah, but Saudi Arabia is a medieval dictatorship that openly enslaves half of its population and beheads people for fucking sorcery, and yet I’m allowed to travel there as an American citizen. If I had to be parachuted into either Cuba or Saudi Arabia, I’d damn well go where the cigars and mojitos are.

Second news item out of Cuba:

The parents who kidnapped their own children from the kids’ grandmother and sailed out of Tampa Bay earlier this week have turned up in Cuba. Several things about this story smell fishier than Hemingway’s tackle box:

1) The parents, whom the media characterize as “anti-government protesters,” were busted last June in Louisiana for pot and firearms after a disturbance at a hotel. The cops allege they made bizarre references to Armageddon, prompting the court to put the kids in foster care. The father later confronted the foster parents, waving a gun around and demanding his children before running off before the cops arrived.

2) This supposedly prompted the authorities to terminate parental rights and pass custody of the kids to the grandmother in Florida. Practically everyone in Louisiana and Florida is “anti-government” and skulks around with pot and guns mumbling about Armageddon. And from what friends in CPS tell me, terminating parental rights is REALLY, REALLY hard, even for people who have a documented history of thrashing their kids half to death. And yet these people’s parental rights were terminated in less than a year for guns, pot and Armageddon talk?

3) Wingnuts at Big Dirt Nap and the Fonzie of Freedom Institute for Leather Jackets and Dagny Taggart Fappery have seized on the “anti-government protester” angle to claim that the parents are merely libertarians and/or tea partiers being persecuted by the Kenyan Administration.

But now the government of Cuba says it’s going to hand them over to the US, apparently without even pausing to wring any anti-US propaganda mileage out of them. Even if the parents are bona fide, bug-eyed loons and / or the most annoying Paultroons in the universe, that’s unusual. There’s more here than meets the eye.

END_OF_DOCUMENT_TOKEN_TO_BE_REPLACED

I don’t know where everyone else is, and I’ve been avoiding politics lately because it makes me feel stabby. So let’s engage in an online Airing of Grievances. Or just have an open thread. Whatever works for you.

As a conversational hare to set your virtual hounds a’baying, allow me to relate something my beloved does that drives me absolutely fucking crazy: He cuts his fingernails and leaves clippings all around the goddamned sink. Giant, crescent-shaped, waterlogged clippings that put one in mind of an Elephant Graveyard. It’s gross.

Have I complained even once in nearly two decades of matrimony? Nope. It’s a small complaint in the scheme of things, and lord knows I don’t want to open up a floodgate of recriminations from him about my tendency to peel stickers off fruit and apply them to random items.

How do the people in your life drive YOU crazy? Do you think it’s better to leave things alone or address them forthrightly?

END_OF_DOCUMENT_TOKEN_TO_BE_REPLACED 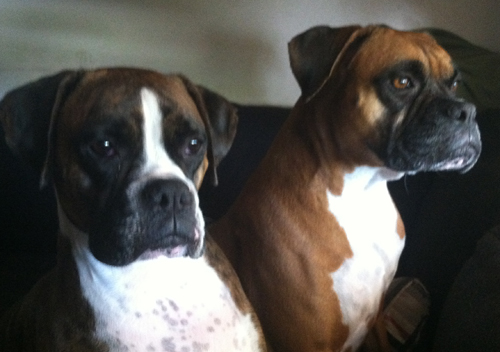 Or maybe they’re just wishing IAMS would hurry up and invent butt-flavored kibble.

Regarding Thatcher remembrances, our pal Sully credits Ms. Thatcher with rescuing Britain from a grim, monochromatic Ingsoc nightmare. My Rumproast colleague YAFB has a decidedly different take on the Iron Lady’s rule. As usual, YAFB is closer to the mark than his erstwhile countryman.

Feel free to discuss whatever.