mistermix has been a Balloon Juice writer since 2010.

Andy Bacevich had yet another interview with Bill Moyers the other day, and the video and transcript are now online. Bacevich makes a succinct and reasonable case for why our Afghan adventure should be ended, and what we should do instead:

First of all, we need to assess the threat realistically. Osama bin Laden is not Adolf Hitler. Al-Qaeda is not Nazi Germany. Al-Qaeda poses a threat. It does not pose an existential threat. We should view Al-Qaeda as the equivalent of an international criminal conspiracy. Sort of a mafia that in some way or another draws its energy or legitimacy from a distorted understanding of a particular religious tradition.

And as with any other international criminal conspiracy, the proper response is a police effort. I mean, a ruthless, sustained, international police effort to identify the thugs, root out the networks and destroy it. Something that would take a long period of time and would no more succeed fully in eliminating the threat than the NYPD is able to fully eliminate criminality in New York City.

The whole thing is worth a listen. Unlike Gerson or Brooks, Bacevich is a minor media figure who is rarely quoted or published in the Times or the Post, simply because he is consistent, straightforward, honest and right.

END_OF_DOCUMENT_TOKEN_TO_BE_REPLACED

Richard Dawkins and Chris Hitchens think they can get the Pope arrested during his next trip to Britain. This might sound like a long shot, except for this:

Dawkins and Hitchens believe the Pope would be unable to claim diplomatic immunity from arrest because, although his tour is categorised as a state visit, he is not the head of a state recognised by the United Nations.

Also, a recent effort to raise an arrest warrant for Tzipi Livni, based on the Gaza occupation, was successful, and Livini canceled a trip to Britain.

If someone started a fund to do this in the US, I’d contribute.

END_OF_DOCUMENT_TOKEN_TO_BE_REPLACED

Here’s some inspiration: Nate Silver’s new tool to figure out where you want to live in New York City.

END_OF_DOCUMENT_TOKEN_TO_BE_REPLACED

The Fourth Branch recently posted two interesting maps. This one shows, in red, the states that get more than $1.00 back for every dollar they send to the federal government. 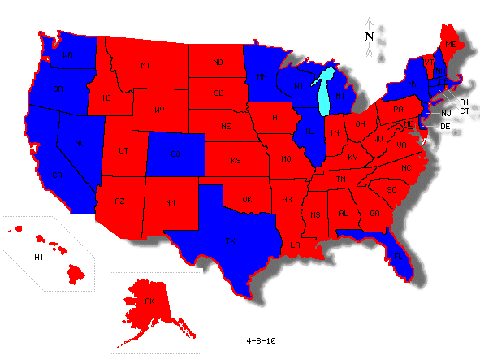 This one should look familiar: 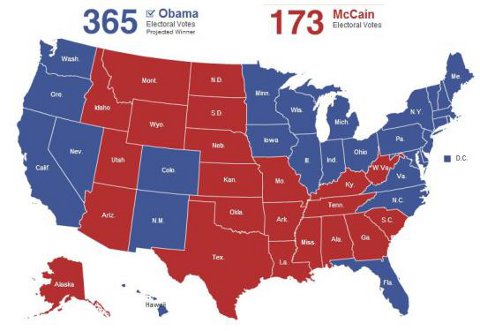 Perhaps Wolf Blitzer could project the first map on one of the Situation Room screens the next time some Southern Republican is bloviating about federal handouts.

END_OF_DOCUMENT_TOKEN_TO_BE_REPLACED

Here’s the latest from the party of fiscal responsibility:

She was a 25-year-old junior staffer when the Florida Republican Party gave her an American Express card.

Over the next 2 ½ years, nearly $1.3 million in charges wound up on Melanie Phister’s AmEx — $40,000 at a London hotel and nearly $20,000 in plane tickets for indicted former House Speaker Ray Sansom, his wife and kids, for starters. Statements show thousands spent on jewelry, sporting goods and, in one case, $15,000 for what’s listed as a month-long stay at a posh Miami Beach hotel, but which the party says was a forfeited deposit.

The bondage strip club incident is just a drop in the bucket compared to this. And, lest we forget, in 2008 a National Republican Congressional Committee staffer embezzled a million bucks from that organization.

END_OF_DOCUMENT_TOKEN_TO_BE_REPLACED

A lot has happened since last week’s neutrality ruling, where a DC court ruled against the FCC in a case brought by Comcast. Though the court said that the FCC lacked authority to tell Comcast that they can’t throttle some types of traffic, the FCC isn’t buying it [pdf]:

Chairman Genachowski added, “The court decision earlier this week does not change our broadband policy goals, or the ultimate authority of the FCC to act to achieve those goals. The court did not question the FCC’s goals; it merely invalidated one technical, legal mechanism for broadband policy chosen by prior Commissions. […]”

That last sentence contains a veiled threat, because the FCC really has immense power in this area, and other “technical, legal” mechanisms would make net neutrality the least of Comcast’s problems:

But the FCC could work around the Tuesday ruling with a vote of the five FCC commissioners. Currently, Internet service providers fall under a lightly regulated area of the FCC. It would take only a 3-to-2 vote to move high-speed Internet into one of the FCC’s more heavily regulated areas, where the agency could set tough rules on companies such as Comcast.

So, despite the Comcast ruling, the FCC has released its broadband gameplan for 2010, and it’s huge. By the end of the year, the FCC will make 60 new rules covering topics like mobile roaming, “white space” (which re-uses unused TV spectrum for unlicensed wireless broadband), and universal access.

They’re also pushing back at bullshit promulgated by big operators. For example, Verizon’s CEO recently criticized the FCC broadband plan by saying there’s no immediate need for more bandwidth. The FCC chief of staff slices that claim to pieces on his blog, using text from multiple recent Verizon FCC filings, where Verizon claimed precisely what the CEO denied this week.

There are a lot of ways the FCC’s broadband plan could go wrong, and companies like Verizon and Comcast will certainly do their best to run it off the rails, but I’m still cautiously optimistic about real, positive change happening here.