Our requests are eminently reasonable, shared by leaders of both parties. I'll return this letter to @SenateMajLdr with the same requests. pic.twitter.com/IMT7ZtJFjV

END_OF_DOCUMENT_TOKEN_TO_BE_REPLACED

Pedro is on guard defending me from the vacuum cleaner of doom. 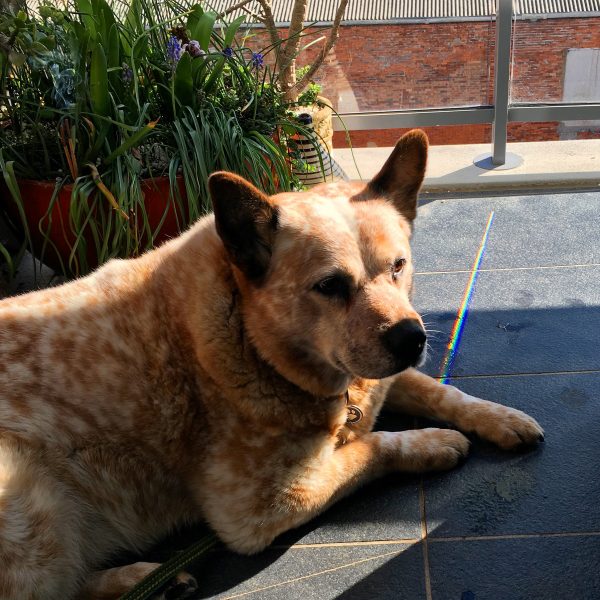 END_OF_DOCUMENT_TOKEN_TO_BE_REPLACED

p.a. says:
November 12, 2016 at 10:36 pm (Edit)
We have to be hard. They are now beyond ‘usual evil’ (h/t Dumbledore). We can’t do anything to soften their incompetence. Total noncooperation. The Constitution and the progress of the last several generations is at stake. If their supporters can’t learn (and they can’t) they have to be kicked back into apathy. And yes it sucks; lots of people will be hurt.

It would be lovely to ask for legislative quid pro quos, but without the SC it’s all smoke and mirrors.

mai naem mobile says:
November 12, 2016 at 10:36 pm (Edit)
The way to fight the GOP in Congress is to ask for something that you know they aren’t going to give you. Something that is popular and polls well. $15 minimum wage, mandatory paid leave, universal pre-K, therapy animals for vets… whatever It has to be something the GOP isn’t offering on that legislation. It has to be your idea and it has to be ridiculously expensive for their business supporters that you won’t get it. No compromise. It gives you an excuse to vote against the legislation and you can sit there and say that the GOP is indeed against puppies and kittens.

So this. This is what I mean by obstruction.

Don’t work with the Republicans to make crappy laws they and the media will spend the next four years and three elections blaming on our side because we voted for them.

We have a really good Democratic Party platform we worked out a couple of months ago for… some unknown reason. Over half the voters at the last election voted for that platform, so our representatives in Congress should demand that our policies – guaranteed college for all, climate controls, minimum wage, abortion rights, as well as mai naem’s list, be considered and debated in Congress. Every single Democratic elected representative should plot and scheme and finagle and barge their way onto the media and into the offices of Republicans everywhere, and demand our policies be debated here and now.

Yes, most, if not all, of our demands will get knocked on the head, but our reps would have stood up and argued for what is right, and been seen repeatedly and publicly doing so.

This government is going to be brutal. Millions of people are going to get hurt, whether the Democrats fight, or cravenly participate in the evisceration of Obamacare, of gay marriage, of women’s right to make choices about their own bodies.

Let us own what our side has done to better this nation.

Let them own what they do to destroy it.

END_OF_DOCUMENT_TOKEN_TO_BE_REPLACED

2008 – Republicans lost the house, the senate and the presidency – they then proceed to impede in any way possible (with the help of a few dems) anything that the President tried to do. They stated it was their goal and they voted 100% in unison. The Media helped them with their non stop attacks on the new President – and the support of the birthers.

Democrats now need to stop talking about why and how & who won the vote and what is wrong with the electoral college & who should lead the party & how they can attract the undesirables. Democrats should be working as a united group to impede each and every thing this government wants to do. Don’t assume they can just “do it” – didn’t work that way in 2009/10.

This lot have NO idea what the President does – nor how he does it. Time to work non stop to show them up every hour of every day.

@Enhanced Voting Techniques: What are Republicans? CUT TAXES AND SERVICES.

What are Democrats? TAKE CARE OF PEOPLE.

END_OF_DOCUMENT_TOKEN_TO_BE_REPLACED 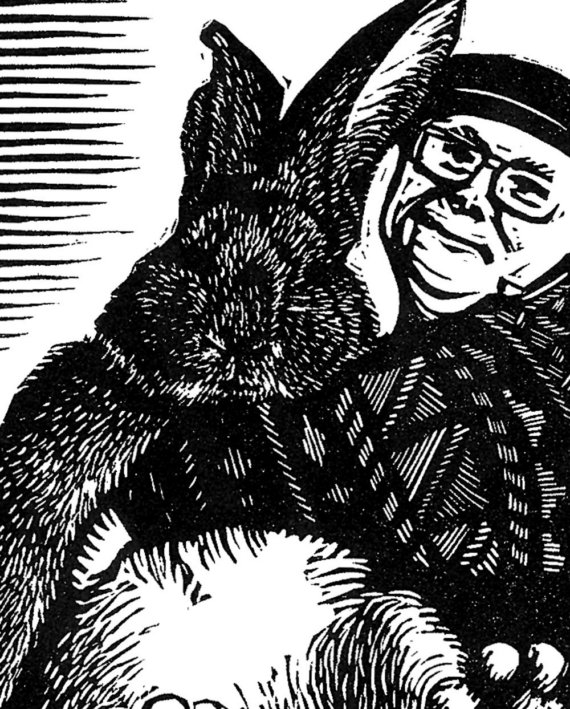 As promised, herewith your Artists In Our Midst thread.

If you are any kind of creator – artist, writer, blogger, photographer, musician, inventor, designer, sex toy entrepreneur, gardener, whatever – professional or otherwise, and you want to give yourself or your stuff a plug, please do so.

If you’re not and you know someone who is, get in a plug for them, or ask one of our talented creators to make you something you never thought you wanted, but which would bring a bit of joy into your life.

Don’t forget our Balloon Jobs thread. There are all sorts of clever people who might be perfect for your business, and all sorts of job opportunities and suggestions on offer.

My plug is for the Etsy shop of linocutboy, whose work is just lovely, and includes the magnificent big bunny above.

END_OF_DOCUMENT_TOKEN_TO_BE_REPLACED

In the aftermath of The Shittiest Tuesday Ever, two comments struck me most.

In the first, someone noted that now, more than ever, besides setting up the circular firing squads, the thing we most need to focus on is our communities, on protecting and preserving what we have and helping those who are going to be fucked over in the next four or eight years (just like Alain and some of you others are already trying to reach out to those in our community who are afraid in these uncertain days).

The second was Doug!’s reminder that this community – this strange collection of oddballs, weirdos and freaks that we have collectively created – first came into its own the last time our lives and our liberties were under threat from the White House.

I’ve been slack in my involvement in Balloon Juice, but it’s time for that to stop. But what can I do here anyway? Post music, swear a lot, write the odd stupid story to maybe make you laugh, and things like this Jobs thread. It’s not much, but if I can’t be there on the ground working with you right now (being on the other side of the world), perhaps it’s a good start.

This is a Balloon Jobs Thread – If you are looking for work, or looking for someone to work for you, or you know of any work opportunities, please post. This is a firing squad free zone.

There will be an Artists in Our Midst thread later in the weekend as well.

Thank you to all of you for putting up with me and getting me through the last few days.

I love you all (well, almost all of you – you know who you are).

END_OF_DOCUMENT_TOKEN_TO_BE_REPLACED

I just can’t right now, so I’m going with music