You are here: Home / Archives for Foreign Affairs / Countries / Mexico

OMG!! Former Mexican President @VicenteFoxQue made this ad trolling Trump so hard. I cant stop laughing. ???? This type of content would have caused a diplomatic incident in the past, but wow. Just wow. Watch this video. Its AMAZING.
pic.twitter.com/khlhCkQFfI

END_OF_DOCUMENT_TOKEN_TO_BE_REPLACED

Kushner has begun convening biweekly meetings on wall, getting involved in eminent domain and pushing officials to expedite construction ahead of November. That has concerned Army Corps officials and others who say he knows little & laws must be followed. https://t.co/LRBNhPIghC

We’ve got a real self-esteem problem in this country. Specifically— the wrong people having too much of it.

President Trump has made his son-in-law, Jared Kushner, the de facto project manager for constructing his border wall, frustrated with a lack of progress over one of his top priorities as he heads into a tough reelection campaign, according to current and former administration officials.

Kushner convenes biweekly meetings in the West Wing, where he questions an array of government officials about progress on the wall, including updates on contractor data, precisely where it will be built and how funding is being spent. He also shares and explains the president’s wishes with the group, according to the officials familiar with the matter, who spoke on the condition of anonymity to discuss internal White House deliberations.

The president’s son-in-law and senior adviser is pressing U.S. Customs and Border Protection and the U.S. Army Corps of Engineers to expedite the process of taking over private land needed for the project as the government seeks to meet Trump’s goal of erecting 450 miles of barriers along the U.S.-Mexico border by the end of 2020. More than 800 filings to seize private property will need to be made in the coming months if the government is going to succeed, officials aid.

Kushner has told other West Wing officials that he is in charge of the wall, according to aides, and that it is paramount to Trump that at least 400 miles be built by Election Day…

… Kushner has clashed with the career officials who have questioned some of his ideas, such as installing web cameras to live-stream construction. He has blamed former chief of staff John F. Kelly and former homeland security secretary Kirstjen Nielsen for not focusing enough on the wall, senior administration officials said. For their part, former officials have said Kushner displays a lack of knowledge of the policy issues and politics involved in the immigration debate.

The wall adds to Kushner’s growing portfolio of responsibilities, which some of his critics have said border on comical. Since the start of the Trump presidency, Kushner has been entrusted with striking a Middle East peace deal, taking a lead role on trade policy, overseeing criminal justice reform and modernizing the government, with mixed results. Kushner is also seeking to again push an overhaul of the legal immigration system after his first attempt failed to gain much support in Congress, and he has taken on a leadership role in the 2020 presidential campaign…

One person involved in the construction of the wall, who spoke on the condition of anonymity to talk candidly, said Kushner has annoyed officials involved in the process because they said he displayed a lack of knowledge about the government procurement process and the “realities” of the project.

“So he took a much more hands-on role in figuring out, mile by mile, how to get more wall up,” this person said. “It didn’t help put wall up faster and cheaper. His interventions actually just created more inefficiency in the process.”…

After Kushner took control of the project, he elevated the regular meetings to executive-level gatherings at the White House requiring the attendance of Cabinet-level officials. He also demanded a new project plan with timetables and construction targets. Kushner has talked with other officials about securing money for the wall — even mentioning using military construction funds again, a notion that is likely to attract resistance from Capitol Hill…

In early January, Kushner asked then-acting CBP commissioner Kevin McAleenan whether closing border loopholes or building the wall would do the most to curb illegal immigration, and McAleenan said closing loopholes would do far more to curb immigration.

Still, Kushner has told others that a wall has to be built because his father-in-law promised it would be…

(Also, “closing border loopholes” is the provenance of Stephen Miller, the son Trump always wanted, and Jared’s too cautious to interfere in *that* relationship.)

Many of us have had the misfortune to be stuck, at some point in our careers, working for a guy like Jared: an ignorant, insufferable, and unfire-able blowhard who thinks his MBA-speak about ‘deliverables’ and ‘six-sigma concepts’ disguises his many inadequacies. He wants to be at the forefront of every new project, especially the big shiny expensive ones, which he inevitably complicates into failure by demanding employees take time away from their actual jobs to fill out forms quantifying copier-paper usage and attend motivational meetings.

Elizabeth Spiers used to be Editor-in-Chief at the NY Observer, before Kushner ran it into the ground:

Having been on the receiving end of Jared's "private sector" mentality, i can state with confidence that the wall will be severely under-resourced, and there's a good possibility Jared will run the entire project into the ground. https://t.co/wt5P0W7X93

But the next time Javanka protests that they're not bigots and they disagree with Trump all the time, this should be Exhibit A that it's not true. You don't agree to do this if you're not a bigot.

So maybe we do want him running the project? And Trump’s campaign too? Perhaps also allow him to craft the impeachment defense while he’s at it.

On my first day of work as the editor in chief of the New York Observer, which had been acquired five years earlier by Jared Kushner, now the son-in-law and senior adviser to President Trump, I inherited an office and a desktop computer, both in fine but used condition. The computer was a recent-model Mac, but when I turned it on, it was inexplicably running Windows. I summoned our beleaguered IT guy to explain, and he informed me that it had belonged to Kushner, who liked the design of Apple products but preferred the Windows OS.

END_OF_DOCUMENT_TOKEN_TO_BE_REPLACED

Most of the recent press about Mexico has involved the killing of a group of dual citizen Mormons in a rural area between Sonora and Chihuahua (here’s a good explainer), and the cartel using .50 cal machine guns, rocket launchers and armored vehicles to free El Chapo’s son in Culiacán. But there’s another story that shows the depth of the problem that Mexico is facing.

Puerto Peñasco is a small port town at the northernmost tip of the Gulf of California/Sea of Cortez, known as Rocky Point to US tourists. It’s wired for tourism because of the joint efforts of the Arizona and Sonora governments: the 60 miles of road is a “safety corridor“, which means it is better patrolled and police bribery is discouraged and investigated. The whole area is part of the hassle free vehicle zone, which allows US citizens to bring in a vehicle without an import permit, and Rocky Point is the only destination in Mexico where the need for a tourist card or visa isn’t enforced. In short, it should be the safest spot in Mexico, and for US tourists, it is.

For Mexicans, it’s another story. Just before Halloween, a group called Searching Mothers of Sonora found a mass grave near Puerto Peñasco with 42 bodies. They were warned off by gunmen, but police were called in and further excavation continues to find bodies. The latest count is 58. DNA testing is going on to identify the bodies, and families are being encouraged to give samples if they think one of their relatives could be in the grave.

Everybody hates a tourist, but I love Mexico as a tourist. There’s a lot of ugliness in the towns, and trash on the roads, but there’s also this: 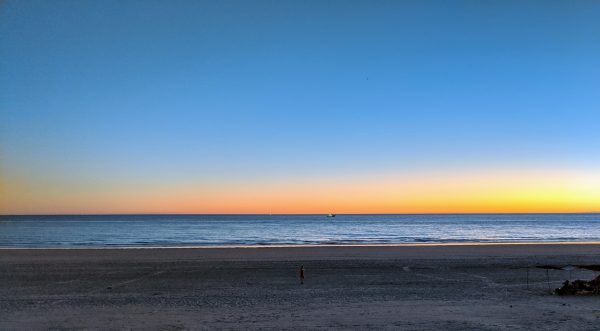 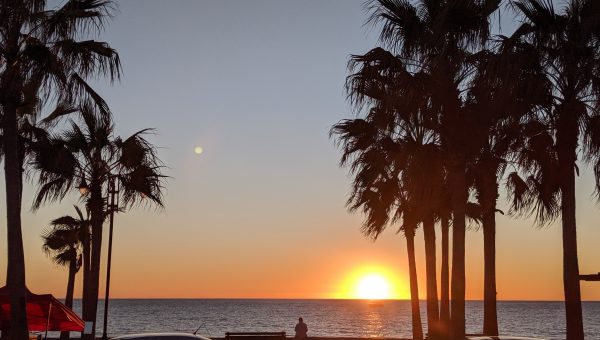 Mexicans, almost to a person, are some of the nicest and friendliest people you’ll meet. I’ve been a tourist there since I was a kid, and I was just in Puerto Peñasco a couple of weeks ago. I’d go again without much worry. Like any other country, you need to pick the places you want to visit. The areas of cartel activity are well known and publicized. Cartels generally do not mess with US citizens (the Mormons in Chihuahua were a special case – they were in vocal opposition to the cartels). Still, I’m sure fewer and fewer US citizens will be traveling there after hearing the news, and that’s a damn shame for a country that’s having a hard time in part due to the tidal wave of guns and drug money that we’re sending them.

END_OF_DOCUMENT_TOKEN_TO_BE_REPLACED

Looks like Mexico agreed to a bunch of adjectives. Art of the deal.

Mexico broke into its Strategic Superlatives stockpile, so — as of 6:15am EDT — our imported avocados remain affordable…

“President Trump called off his plan to impose tariffs on all Mexican goods on Friday night and announced on Twitter that the United States had reached an agreement with Mexico”@shearm https://t.co/N0NjVloa54 via ⁦@nytimes⁩

For some reason, Democrats (and other sane people) fail to be overawed by the Squatter-in-Chief’s “accomplishment”!

This is an historic night!@realDonaldTrump has announced that he has cut a deal to “greatly reduce, or eliminate, Illegal Immigration coming from Mexico and into the United States.”

Now that that problem is solved, I’m sure we won’t be hearing any more about it in the future. https://t.co/DNNfbevkGP

1. Let Trump prove what he got. 2. Let Mexico confirm they got something. 3. Otherwise assume whole thing was a fraud. Why does he deserve benefit of the doubt? His — oh we can avoid this — started just after atrocious job #'s. Coincidence? I think not!

I guess Waters called it too. https://t.co/rPYJxSmi7D

Of COURSE he called off the tariffs.

He had to wait until the entire clickservative Trump media wrote 500000 words about how AMAAAAZING tariffs are, and how Trump STRONG LIKE BULL. pic.twitter.com/TWbTVIWEm6