You are here: Home / Archives for Past Elections / Election 2014

This summer, the Dems made a calculated decision to shut up about economic inequality. How'd that work out for them? http://t.co/AuL5UVXHIQ

***********
Chill & dank & rainy here, but at least we’re in a good takeout-delivery reception area. Apart from high-caloric consolation, what’s on the agenda for the evening?

END_OF_DOCUMENT_TOKEN_TO_BE_REPLACED

Serendipity works sometimes.  My friend David Dobbs publishes a near-daily newsletter of three or four fascinating essays or articles to read.  (You can sign up here.) Today he took me to a writer I’ve only occasionally glanced at in the past, Sadie Stein, (may have to change that)  for a piece that comes to a climax with a vision of a young, fictionalized Joyce Carol Oates, TA-ing her first class.  Trust me; it’s worth a look. (It’s over at the Paris Observer, itself a venue I chance upon more than seek out — might want to change that too.)

Contemplating the various joys of full-body immersion in student fiction was fun, enough so that I clicked through to Stein’s archive, and there, just below the bon-bon of a post to which David had directed me, I came upon her entry for Tuesday.  Mostly (though not entirely) she hands the microphone over to William Carlos Williams, and a poem, which, thus acknowledged, I herewith steal:

in the doorway of
a broken house–

from between the stones
and strokes the head

of a spotted dog 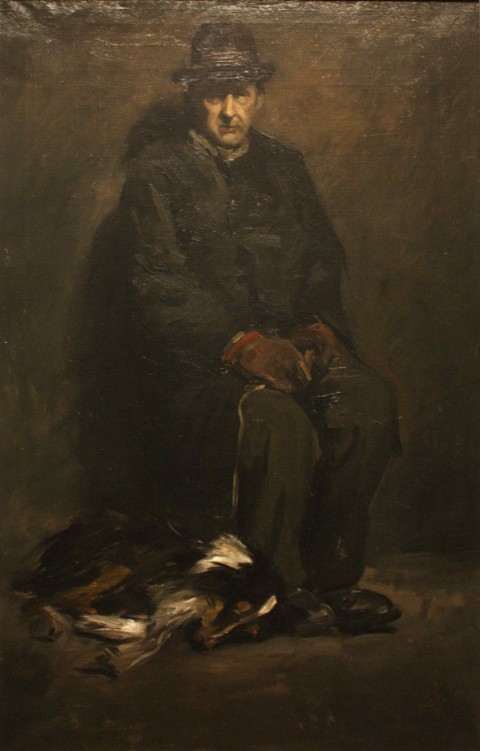 The dog and the man deserve better.  The struggle continues. It will not end easily, as Tuesday’s results remind us.  But to mix references and speakers of very different histories, the arc of the moral universe is long.  But that we can conceive of the idea of justice allows us to bend that arc towards the just end.  (And yes, I’m feeling my Anselm just a bit today.)

END_OF_DOCUMENT_TOKEN_TO_BE_REPLACED

It would be nice to think this was a cherry-picked, deliberately slanted story, but it’s in the bloody Guardian, yesterday: “With weed off the agenda, Colorado pot cafe patrons lose burning desire to vote“:

There was an outbreak of giggles in America’s first legal marijuana cafe when I asked the question.

“So … is anyone voting today?”

It wasn’t as if no one in the room was interested in politics; for an hour they had been arguing over tax, policing, municipal regulation, the difference between Democrats and Republicans, and what the Founding Fathers intended when they wrote the US constitution.

It was just that the patrons of Club Ned were high up in Colorado’s Rocky Mountains – 8,420ft above sea level, and way above the clouds. And they said they were not going to vote for anything that didn’t involve marijuana.

The owners, Cheryl Fanelli, 47, and her husband David, 57, have dedicated their lives to politics; campaigning for – and sometimes drafting – more relaxed cannabis laws, an effort that reached its climax in Colorado this year when the legalisation of recreational marijuana came into force…

Yet without a cannabis-related measure (or candidate) in the state on the ballot on Tuesday, neither were prepared to drive the 16 miles down the mountain to Boulder to their nearest polling station.

David put it less esoterically. “I don’t vote. I’m not into the politics shit.” He held aloft a hash brownie, said “the election won’t affect this”, smiled and plopped it in his mouth….

Cory Gardner and the Tea Party thank you very much, you self-centered douchecanoe.

Honestly, I kept checking to see if I’d accidentally clicked on The Onion.

END_OF_DOCUMENT_TOKEN_TO_BE_REPLACED

6. Year this reminds of most (ironically) is 1986, when Dems retook Senate by beating bunch of GOPers elected in 1980 Reagan wave.

12. But if tonight's vote demos are correct, 2010 was as good as it gets for GOP — and probably better than it will get again for long time

15. …suppressed black votes whenever/wherever they could — basically threw the kitchen sink at the Dems.

18. In an on-off year election in which all the normal cyclical political factors (2nd term off year) were pulling in GOP's favor.

Apart from remembering the old proverb This too shall pass — like a kidney stone, what’s on the agenda for the evening?

END_OF_DOCUMENT_TOKEN_TO_BE_REPLACED

A theory has been percolating around here to the effect that Democrats in red or purple states who failed to fully embrace President Obama and/or the ACA were idiot DINOs who could have made a better showing by being REAL Democrats and endorsing the Obama administration’s agenda. Here’s why I think it’s bullshit.

Charlie Crist embraced President Obama and sang the praises of the ACA. He lost. Allison Grimes was all “Obama who?” She lost. Grimes in Kentucky may have run a tone-deaf, ham-fisted campaign (I honestly don’t know), but it’s just nuts, in my opinion, to think she would have made a better showing had she embraced Obama. There’s every reason to think she would have lost by an even bigger larger margin.

Here’s the thing: Yesterday’s elections were regional contests on a national map that heavily favored the GOP, and they took place in a time of discontent. So the GOP did the smart thing and nationalized the election. They made it all about Obama, and they won big by trashing the president.

You may not like it. I damn sure don’t like it. But that’s what happened, and people who are saying the Dems in red or purple areas should have just doubled down on support for the administration sound just as loopy as the teaturds who were shrieking that Romney and McCain lost because they weren’t enough like Sarah Palin or Ted Cruz.

We’ll see a very different political landscape in 2016 because there is precisely ZERO chance that the Republicans won’t overreach and make a hash of their control of Congress. They’ve demonstrated repeatedly that they have no intention of governing in good faith, and they aren’t going to magically turn into patriots over the next two years.

And if politics over the next two years follows its usual pattern, the future Democratic nominee, whoever she or he is, would be stupid NOT to embrace the president and run on the accomplishments of the Obama administration, such as the ACA. Does that sound contradictory? It’s not.

In 2016, we’ll be in a presidential election year. It’s no knock on Obama to acknowledge that he’s deeply unpopular in some areas and that Democrats who wanted to win regional campaigns like those decided in yesterday’s election couldn’t afford to be seen as close to the administration.

By the same token, a 2016 nominee who wants to win a national election should tailor her campaign strategy to the unique circumstances of a presidential election year and avoid pissing off Obama’s supporters. It ain’t rocket surgery. And anyone who is peddling one strategy or the other exclusively for every scenario is full of crap, in my opinion.

END_OF_DOCUMENT_TOKEN_TO_BE_REPLACED

Wakes up, looks around.

I feel like I spent the night trapped in an elevator listening to Sarah Palin.

END_OF_DOCUMENT_TOKEN_TO_BE_REPLACED

The midterm electorates have been +17, +20 and +25 points old people versus young people.  Old people want their Medicare and Social Security untouched or enriched, and don’t give a fuck about birth control as they are no longer in the childbearing cohort, and have minimal direct stakes in costs that are only incurred in fifteen or twenty years from now.  They are making a death bet that the costs of their good times today won’t be borne by them as they’ll be dead when the bill comes due.  It is a rational bet.

The younger cohort has been steady in their mobilization.  The fascinating and scary thing to me is the increasing mobilization of the post-60 crowd.  Some of that is natural demographic growth as the Boomers are steadily adding to that cohort every day, but the percentage of possible voters to actual voters seems to be increasing at a higher rate as well.  Throw in the fact that the oldest voters in 2010 were slightly more Democratic leaning than their younger cohorts, and the older Boomers replacing them are more Republican this is a bad sign for the next couple of mid-terms for Democrats.

We have a presidential electorate where the young participate and issues with a 15 year pay-off  horizon are on the table, and then we have an off-cycle electorate that assumes that they’ll be dead in 15 years, so let the good times roll.