On the Road After Dark:  Election Respite Edition

We are going to do something special with On The Road After Dark for a couple of weeks in the run-up to the election and in the days that follow after November 3.

I invited some people to submit photos that wouldn’t necessarily be from a single place or time, but would simply be collections of photos that are especially beautiful, happy,  soothing, or calming.

The folks who were interested rose to the occasion and submitted some amazing collections, which I will be posting each night without introduction.  I am wound up, too, and I want to get to experience them each night, as everyone else does!

If you are reading along and think you might want to be part of this by submitting your own collections, contact me by email or let me know in the comments.

Every now and then I run across a bit of news that cries out for use in fiction. The latest came last week while I was perusing the less prominent, more interesting parts of the Washington Post. Powerball mystery: Someone in this tiny town won $731 million. Now everyone wants a piece of it:

LONACONING, MD. — There haven’t been a lot of big wins in this little town tucked between gentle green mountains in Maryland’s far western reaches. Coal brought work, then took it away. The railroad meant prosperity, then stopped running. They made glass here, and then they didn’t.

These days, the line of cars at the First Assembly of God food giveaway is so long that the volunteers split each box into two smaller portions to feed more families.

But over the past few weeks, Lonaconing — the locals call it “Coney” — has acquired a new shine, a glint of gold in iron country. Sometime in late January, someone bought a Powerball lottery ticket at the Coney Market, and that ticket’s six numbers won the big one — $731 million, the biggest jackpot ever in Maryland and the fifth-richest payout in U.S. history.

That someone lives in Lonaconing, according to the owner of the market. But because Maryland is one of seven states that allow lottery winners to remain anonymous, and because the winner is no fool, the identity of that someone isn’t public.

The fact that someone in this town of 1,200 people (just 400 families, actually, down by half over the past 50 years) is suddenly Midas-rich has caused some strange things to happen.

(Apparently lottery winners can’t be anonymous in most states–why is that? Is it an anti-corruption thing?)

People from around the country are writing to, and even visiting, the store owner, begging him to forward requests for money to the winners. People are making the winding drive into town just to buy tickets with the winning numbers. Townies are impatient for the winner to donate money to help the struggling town. Its businesses are struggling; its seniors have insufficient fixed incomes; “mine water” sometimes befouls its sinks.

And the question remains on everybody’s minds: who won? Anonymous letters are circulating naming various people. Things are perhaps getting a little tense.

There’s a joke that you can improve any story by adding a five-word sentence in after the first one, and that’s exactly where my fiction-addled mind went. That sentence? And then the murders began. Obviously I don’t want this to actually happen, but you know what? I’d watch that show.

END_OF_DOCUMENT_TOKEN_TO_BE_REPLACED

Many years ago I took a bit of a personal sabbatical and traveled around the world. One of my stops, and probably my favorite, was New Zealand. I spent a month there, driving around with a rented car, enjoying a place that truly does feel like a natural movie set. It was actually so beautiful that in some ways, I found taking pictures difficult – there was such an abundance of scenes that I couldn’t focus on specific compositions, and found myself just looking around with a smile on my face. Nearly every spot in the world has some form of natural or human-made beauty, but I can’t think of any other place where the beauty is quite so endless.

I arrived in New Zealand after 2 months in southeast Asia, mostly in cities. I was prepared for culture shock, but I wasn’t prepared for the utter peace that hiking in these open valleys would bring. At one point I simply sat on the ground and looked around, content to enjoy the serenity and allow myself, however briefly, to set my cares aside.

END_OF_DOCUMENT_TOKEN_TO_BE_REPLACED

Albatrossity said of Dagaetch’s 10/28 set: “I’m glad I got to go first; this would be a very hard act to follow!” I have to say that ten times over; I don’t belong in the same company as photographers like Dagaetch, Albatrossity, and others who post here. But I do have fun taking pictures, so I’m going to keep going for it anyhow.

This set tracks the seasons. I thought of doing one on winter only, and in fact on the ice storm of Christmas Eve Eve 2013 only, but in the end I decided it would be more fun to track the whole year. 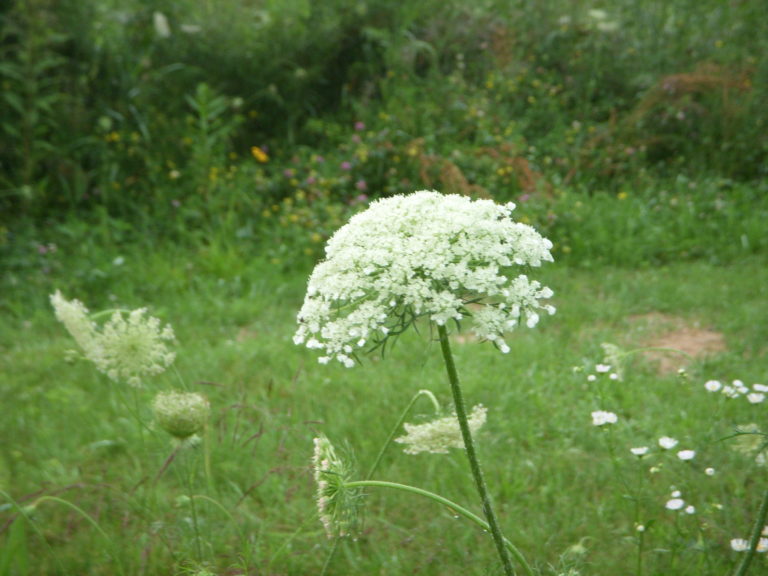 The fields near my house are now mowed, but for many years they were left alone to be raggedy and beautiful with wildflowers. Buttercups in the early summer, then black-eyed Susans, daisies, thistle, Queen Anne’s lace, milkweed, wild asters, clover, and lots of others I don’t know the names of. Queen Anne’s lace always reminds me of my grandma, who lived in rural Ohio. She taught me the names of a few wildflowers and showed me how, if you put Queen Anne’s lace in some water with food coloring in it, the flower will turn from white to that color.

END_OF_DOCUMENT_TOKEN_TO_BE_REPLACED

My last OTR submission included a picture of a Krka National Park waterfall. WaterGirl sent me a note saying I should submit one with all waterfalls. I actually went to two national parks in Croatia on that trip, Krka and Plitvice Lakes. Here are some photos from both. I have little to tell about these individually. Mostly it was just a lot of walking on well maintained trails and taking photos with my phone. Plitvice was especially impressive. The geological processes there (carbonate rock dissolution and tofa formation) were responsible for a seemingly endless series of lakes and waterfalls. 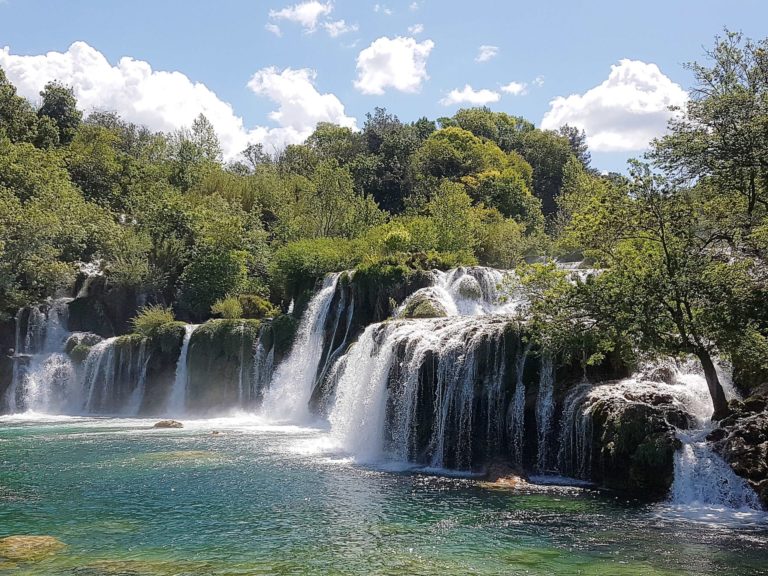 We visited the park at the end of April. Kind of shoulder season with a fair number of visitors. But apparently not what it is like in summer.

END_OF_DOCUMENT_TOKEN_TO_BE_REPLACED

WaterGirl had invited me to submit a few photos as a calming OTR diversion to the amped up election drama. I was traveling at the time, so here’s a late edition, in case next week needs even more time out. I’ve picked photos that remind me of how beautiful & diverse our country is… 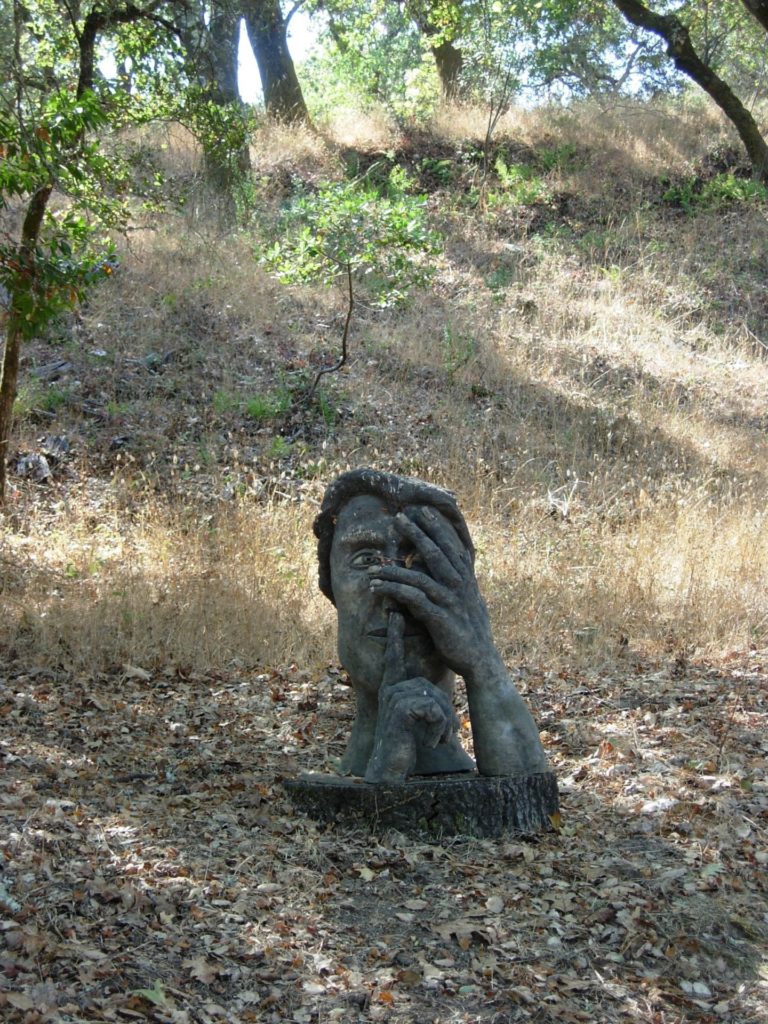 My daughter & I attended a fundraiser at Runnymede Farm for a group she had volunteered for (Environmental Traveling Companions) that provides summer recreation activities for disadvantaged & disabled children. The property has an incredible collection of sculpture. This is one that caught my fancy…

END_OF_DOCUMENT_TOKEN_TO_BE_REPLACED

On the Road: Week of November 9 (5 am)
Albatrossity
Jerry
?BillinGlendaleCA
Yutsano
Mary G.

In After Dark this week, we continue with a few more Election Respite posts as we detox from the stress, and toward the end of the week, we slide into Fall Colors.

Next week, we have a full week of Fall Colors in On the Road After Dark.

?  And now, back to Election Respite

Art is a balm in my life, and I thought I’d share some of the favorite things I’ve seen over the past few years (well, actually 15 years, but most of them are from the last 5). Oh, and I wanted things that would make people smile or made me feel calm or serene. With one exception, each of these photos is from a different trip, and they’re from six different cities. 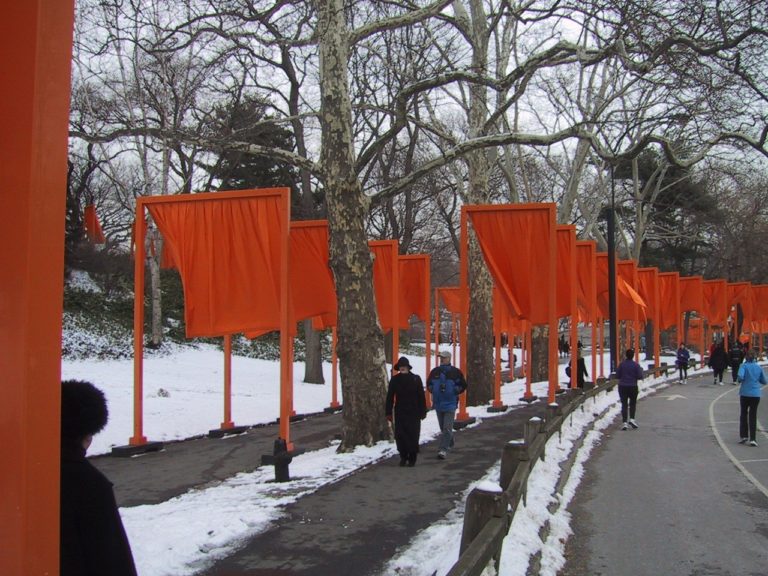 The first photo is from The Gates, by Christo and Jean-Claude. I’d been interested in his work since I was a kid and I read about Running Fence. We had a chance to go to New York for the day to see it, and took the opportunity.

It was great. It had snowed not too long before we got there, and the contrast of the bright orange gates with the white snow was great. And it was a little windy, so the fabric was fluttering in the breeze. It’s kind of hard to really convey the piece in one photo, but this one is close enough.

END_OF_DOCUMENT_TOKEN_TO_BE_REPLACED

No, not dancing crowds, but you can find plenty of those… My wife and I hike every Saturday morning, but there were going to be some passing showers right at hiking time. (We haven’t had rain in LA in FOREVAAAR!) So we waited an extra hour… and that’s when it was announced that BIDEN had WON! WoooHooo!!! :-) My wife said that the rain we got felt like it was washing us clean of that future Rikers Island resident, Hair Furor.

As an added bonus, we had actual weather! For 6 months in LA, most days look pretty much the same, either clear but hazy, or we have some overcast, too. So when big cauliflower clouds come through it is such a treat for the eyes. (We get so many high clouds here, when I moved to Boston for a while I was astounded at how close the clouds seemed – you could just reach up and grab them!)

Some of this hike is along the same trail that I posted pictures from at the beginning of the pandemic when we were asked to post pictures from our walks. We couldn’t see Mt. Baldy today. (And the trail we did today was the same one we did on the day when the lockdown was announced – we were an hour into the hike when we found out that the trails were now closed.) On a side note, hikes go much faster and easier when it’s in the upper 50s, instead of uppers 70s into the 80s, it was a joy to go 9 miles. 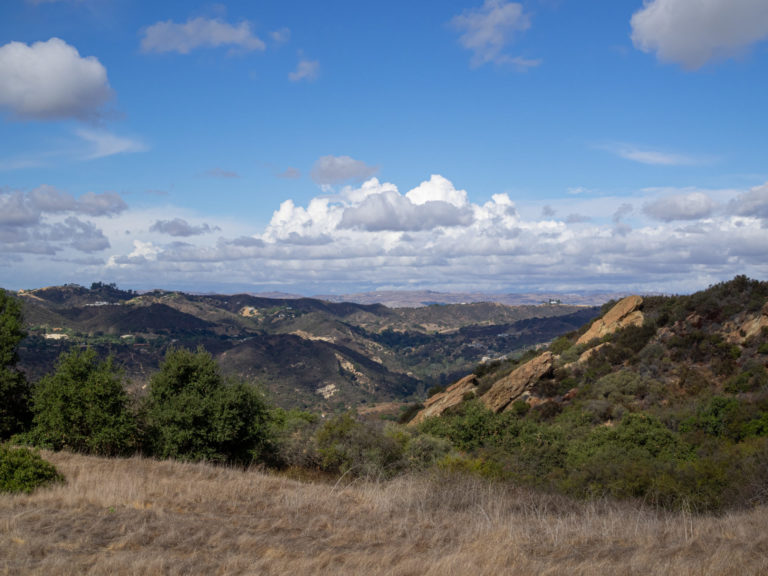 This is in Topanga between Trippet Ranch and Eagle Rock (the rock, not the community about 15 miles away), looking across the Santa Monica Mountains towards and over the valley.