You are here: Home / Archives for Photo Blogging / On The Road

Albatrossity starts us off with baby birds, and then we head to Kenya with way2blue for the rest of the week!

Summertime is the season for seeing baby birds, whether as begging fledglings or as fully-flighted awkward adolescents. So I’m gonna devote the next couple of posts to these newbies, with pics of younger birds (technically called hatch-year birds) juxtaposed with adults of the same species. There are lots of ways to tell them apart, even for species that are not very colorful. But you need to pay attention to subtle colors and patterns on the feathers, as well as bill (and sometimes iris) colors and patterns. I understand that this level of detail might not be for everybody, but at least you get to see twice as many birds this week! 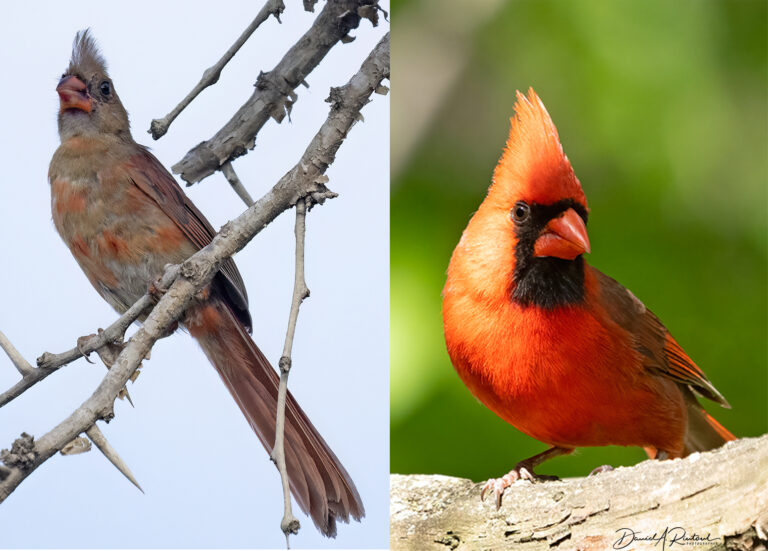 First up is one of the most familiar birds in North America, the Northern Cardinal (Cardinalis cardinalis). Young cardinals are abundant in my neighborhood in the late summer, and perhaps in yours as well. In this image (and all the others in this post) the hatch-year bird will be on the left, and the adult on the right. This young cardinal is a male, based on the hints of red plumage coming in on the juvenile brown body plumage. The other clue that this is a youngster is the bill. Baby cardinals have “dusky” bills that slowly turn red; you can still see dusky patches on this bird’s bill.

END_OF_DOCUMENT_TOKEN_TO_BE_REPLACED

This post will cover an excursion to Santiago Island on the fourth day of the trip and a few photos from the start on day five on Santa Cruz. You will have to wait until the next post to see the giant tortoises. Sorry but I needed a separate post just for them. 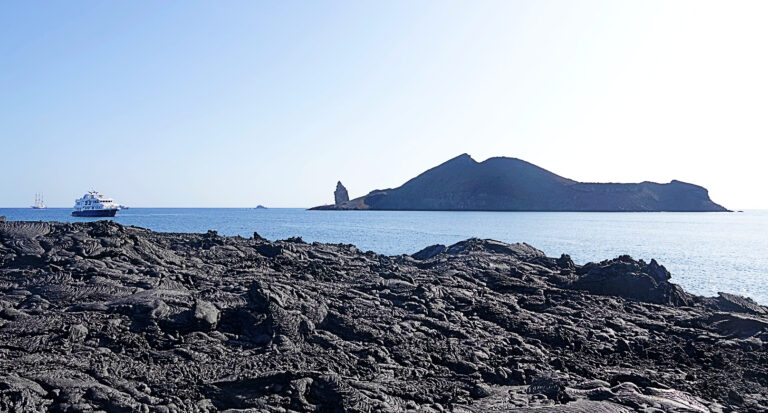 END_OF_DOCUMENT_TOKEN_TO_BE_REPLACED

Sailing west overnight, we anchored off of Rabida island, which is just south of the much larger island of Santiago. The next morning, we had to disembark from the inflatable boats onto a narrow rocky place, and then hike up the cliff to get to the trail. 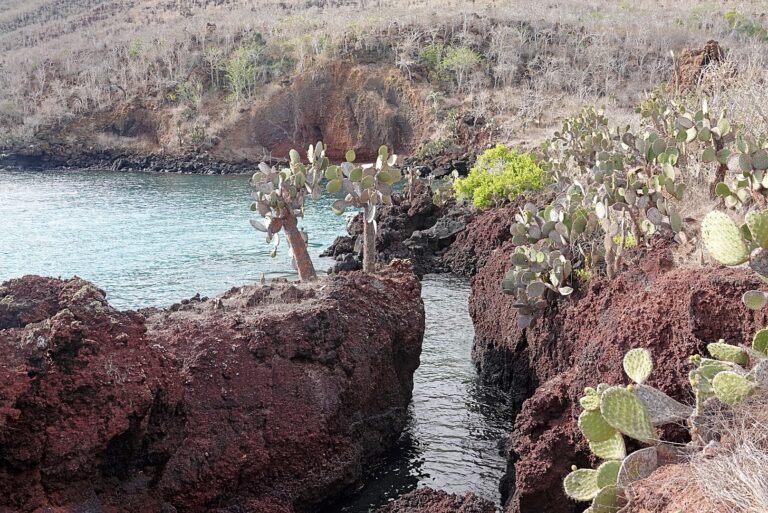 This gives an indication of how high we had to climb up from the ocean. Not a huge climb but pretty steep.

END_OF_DOCUMENT_TOKEN_TO_BE_REPLACED

Sailing northwest overnight from San Cristobal we anchored off the small uninhabited island of North Seymour. North Seymour was created by seismic uplift, rather than being of volcanic origin. As a result, it is pretty flat – its highest elevation is about 90 feet. It is a popular breeding ground for several types of ocean going birds. 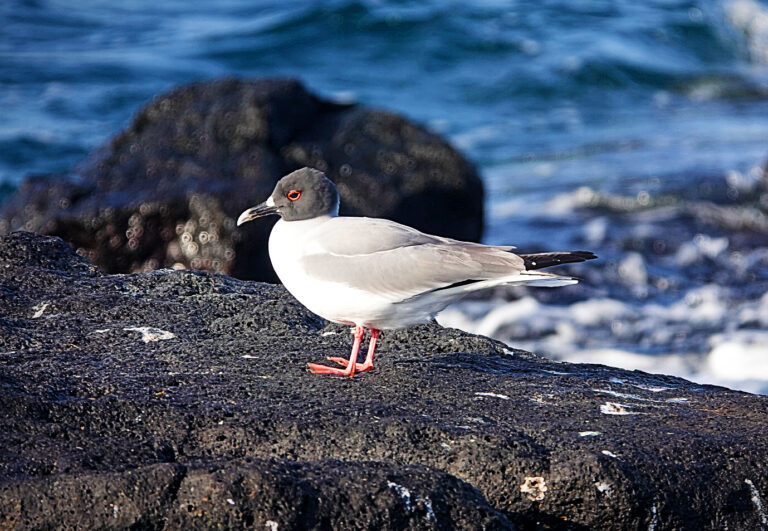 Swallow-tailed gulls spend most of their life flying and hunting over the open ocean, preying on squid and small fish. It is the only fully nocturnal gull in the world.

END_OF_DOCUMENT_TOKEN_TO_BE_REPLACED

Back in February my spouse and I went to the Galapagos to tick off one of our bucket list items. We flew into the port city of Quayaquil and then, after a day to recuperate from the flights to Ecuador, flew on to the island of San Cristobal. We met other folks going on the same ship that we had booked passage on, the Natural Paradise. Herded onto a bus, we then drove to the nearby port and got onto small inflatables that motored us to the ship. We got settled into our cabin as the ship went to our first early afternoon visit, a tiny uninhabited island called Kicker Rock, just off the coast of San Cristobal. 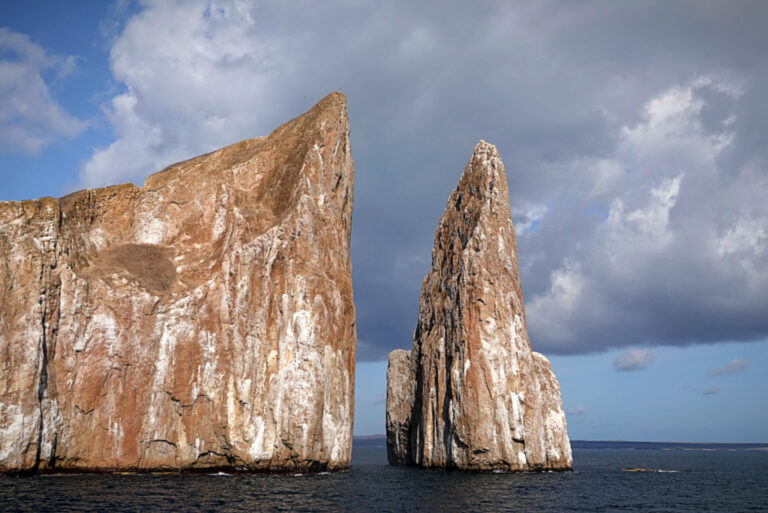 The ship circled around the rock so we could see it from all directions.

END_OF_DOCUMENT_TOKEN_TO_BE_REPLACED

I cannot believe it’s September already!  I would ask how that happened, but someone would surely bring up that the tides come in, the tides go out… how does that happen?

We start the week off with Albatrossity, and then we have the first 4 of 8 posts from lashonharangue who takes us to the Galapagos!

Our final day at Buffalo Camp, and some shots from another intersting campsite where we stayed on the way back home 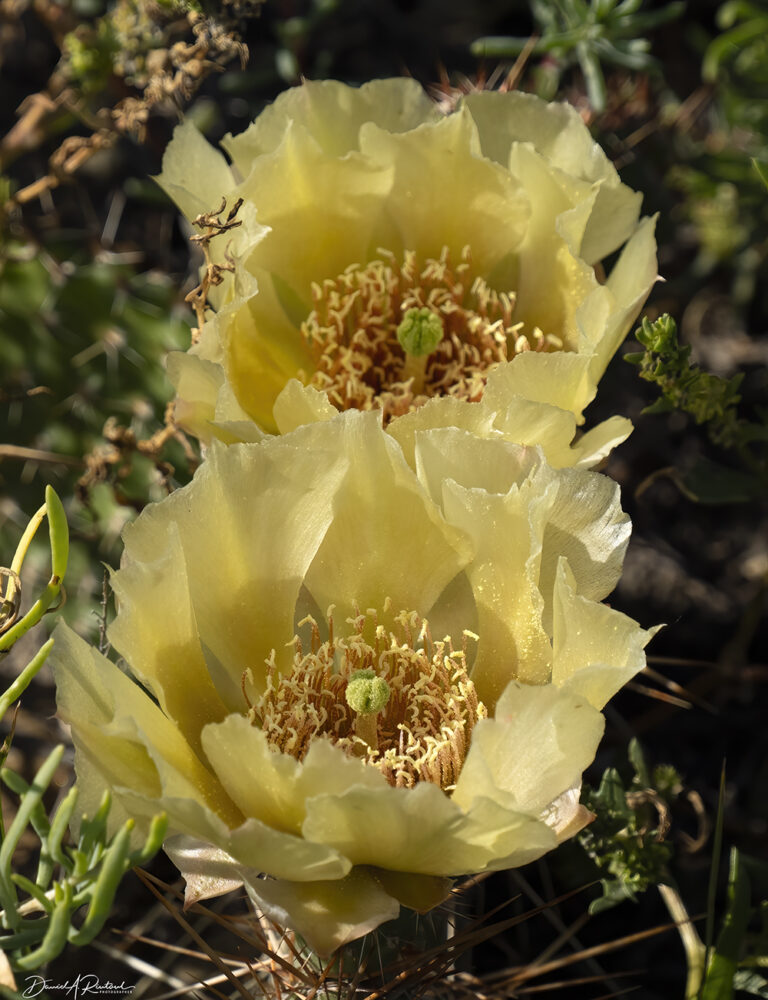 The shortgrass prairies in Montana had only a few wildflowers when we were there in June One of those, however, was abundant, and you have to love the name (especially if you are fond of alliteration). This is the Plains Pricklypear (Opuntia polyacantha), and its pale lemony flowers lit up the landscape in some spots.

END_OF_DOCUMENT_TOKEN_TO_BE_REPLACED

The first morning after I arrived was Steve’s errand day, so we hopped in the car and headed to the coast first thing. My sleep schedule, unadjusted from Eastern time, was a good fit for the household, so I turned into a morning person for the duration.

It’s half an hour’s drive on hilly, curvy roads from Steve’s house to the Pacific Coast Highway, the coastal highway. I kept wanting to stop and take pictures of the morning mist hanging in the valleys, with the tips of the redwoods peeking through. But there wasn’t a safe place to stop, so I told myself to be patient, there would be plenty of time for mist and redwoods.

When we came to 101 I had my first taste of the feeling that came to define that coast for me: an expansive peacefulness of sea and sky that was very different from what I was used to in Maine. Early in our association, Steve had commented on the “dramatic” skies in my pictures. Later he gave the Atlantic coast the epithet “busy.” Now I knew why.

I had expected to land in California, meet my mentor and friend, and take a lot of pictures as easily and instinctively as I do at home. It turned out to be more complicated than that. The land, the trees, and the architecture are different, the coastline is different, the ocean is different. The coastline around Mendocino is rugged with cliffs and offshore stacks, and the breaking waves are a constant presence. But there’s a dreaminess to the place that I’ve never felt along the Atlantic, where the memory of shipwrecks and northeasters seems to float on the salt breeze.

The beauty was different here, understated and reserved, and it took me a while to realize that taking pictures would be different as well. At home I knew how every twig and pebble looked at all hours of the day and in every season; now I was learning that my picture-taking up to now had been an outgrowth of my intimacy with my home landscape. Now the landscape was new and unfamiliar; what that meant for taking pictures remained to be seen.

That first morning we drove north toward Fort Bragg, where grocery shopping awaited us. But Steve had something else in mind first. We drove a few miles further north and stopped at MacKerricher State Park to take pictures. It was my first practical taste of how much an unfamiliar landscape could challenge my skills, not to mention how it might feel to have another photographer at my shoulder.

We took pictures, bought groceries, and did a quick tour of the village of Mendocino, where Steve once owned the Café Beaujolais. I saw a lot of the places pictured in his photographs and started getting to know his world. I also started a new picture-taking quest: how to find the subtle beauties of a place I was just getting to know.

Thanks as always to Steve for editing the pictures, and for other contributions too numerous to mention. 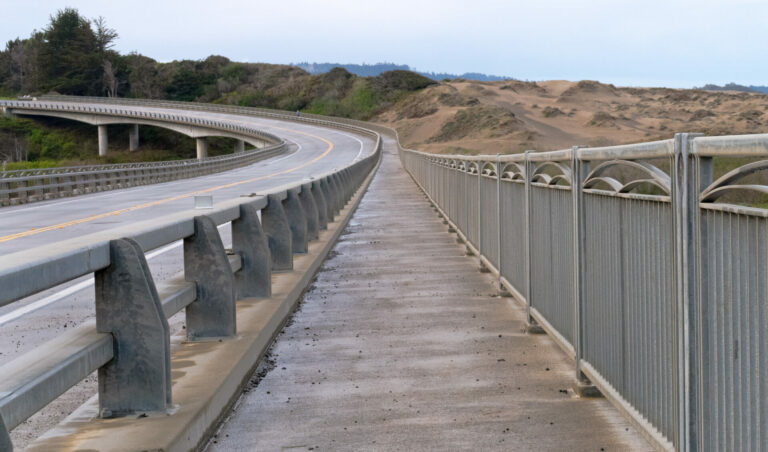