You are here: Home / Archives for Politics / Trumpery / Dolt 45

I needed a cigarette (chocolate) after this from the Washington Post:

On the Internet, former president Donald Trump is sliding toward something he has fought his entire life: irrelevance.

Online talk about him has plunged to a five-year low. He’s banned or ignored on pretty much every major social media venue. In the last week, Trump’s website — including his new blog, fundraising page and online storefront ­— attracted fewer estimated visitors than the pet-adoption service Petfinder and the recipe site Delish.

In March, Trump’s senior adviser, Jason Miller, said a new Trump social media platform would be revealed within three months and draw “tens of millions of people” to become “the hottest ticket” in social media.

“It’s going to completely redefine the game,” he said in a Fox News interview, “and everybody is going to be waiting and watching to see what exactly President Trump does.”

Trump’s team unveiled their new website this month by circulating a cinematic trailer, in which soaring orchestral music plays as the camera zooms from space into Mar-a-Lago over the words: “In a time of silence and lies, a beacon of freedom arises.” 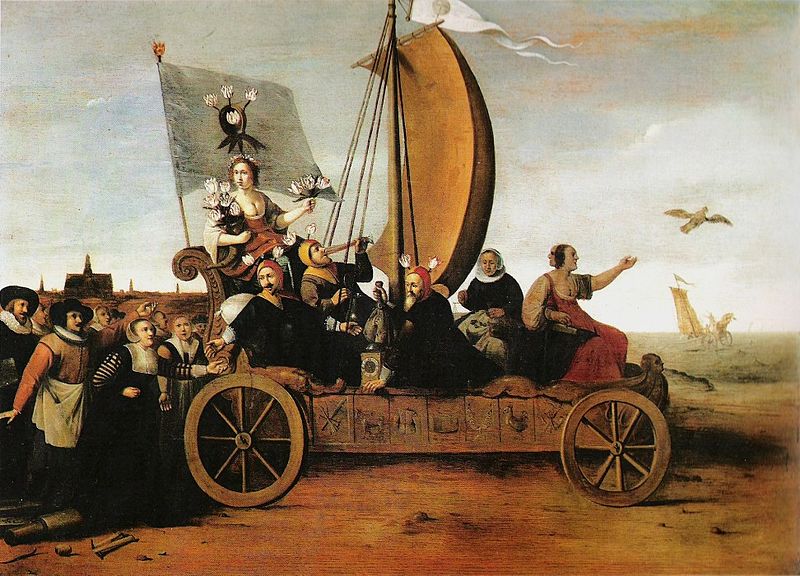 The long-hyped site was just a blog: a primitive one-way loudspeaker that lacked most of the technical features that define the modern Web, like the per-post comment sections that older blogging sites such as LiveJournal have had for 20 years. The blog, Miller tweeted, was separate from the new social media platform he had promised, which he said would still be coming “in the very near future.”

Hey, when even a top-10,000 politics, pets, gardening and crankitude blog can handle comments, the Trump team grasp of modern media is…underwhelming.

My favorite bit, I have to say, was the awesome return of Death Star Man himself, Brad Parscale:

Trump advisers say the blog is low-quality and unimpressive and have faulted Brad Parscale, the former Trump campaign manager whose company built the site and runs the political campaign software Campaign Nucleus, for several technical glitches and inexplicable delays.

“These comments came from the same people who have never done anything for Trump but talk. My company spent the last six years building products that helped the president spread his message around the world. And we happily continue to do so,” Parscale said. “The website is built exactly as we pitched it.”

Go read the whole thing. You deserve a giggle.

This thread, it is open. Viciously gleeful comments especially appreciated.

Image: Hendrik Gerritsz Pot, Wagon of Fools, 1637. This image is close to my heart, because not only is it an allegory of folly in general, it is a satire specific to the Tulip Mania that was ancestral kin to the South Sea Bubble on which I’ve spent a fair amount of blood, sweat and tears. Enjoy!

END_OF_DOCUMENT_TOKEN_TO_BE_REPLACED

This was to have been the finishing blow in Trump’s and the GOP’s long attempted murder of the independent Federal civil service. 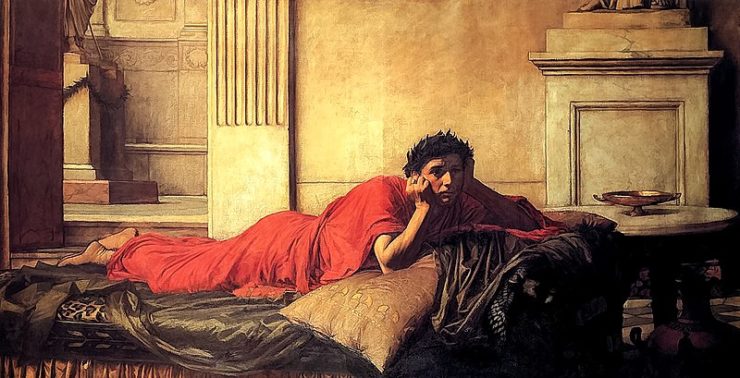 Instead, it collapsed in a broad spectrum display of gaffers.

The order gave agencies until Tuesday to review potentially affected jobs. But as of Monday night, no…federal agencies had delivered a list of affected employees to White House officials for review, with the exception of the Office of Personnel Management, which also rushed to reshuffle much of its staff of roughly 3,500 people into the new category.

My guess as to why? An administration whose baseline level of competence was never that high found itself embroiled in weeks of election denialism. Eyes flew off the ball.  If Trump had won, this would have all sailed through sometime over the next month or so. Without that luxury of time, and with a fair amount of WH staff distracted or disengaged, and confronting a bureaucracy that had less than zero interest in complying with Trump’s command? Not a chance.

This is a big Biden deal. If the White House had managed to drive this through, and especially if they had then managed to salt the executive branch with the same kind of folks who peopled the Iraq occupation, the damage they’ve already done to functional governance would have been made damn near permanent.

Trump and his cabal have still managed to do plenty of damage in the last two and a half months, of course. But thank Dog for the small mercy that they just aren’t good enough to swing the wrecking ball as far and hard as they want.

Image: John William Waterhouse, The Remorse of Nero After the Murder of His Mother, 1878

END_OF_DOCUMENT_TOKEN_TO_BE_REPLACED

I never thought I’d be retweeting Ah-nold, but this is very good, and what we need now. He talks about his family in Nazi Germany Austria (thanks, Amir Khalid). It’s, among other things, a warning to those who think Wednesday’s assault on the Capitol was a good thing.

And, since we’re doing explainers this morning, here’s Immanentize’s take on pardons.

People using past pardons (Nixon, draft dodgers) are making some big categorical errors in thinking this through.

So, here is how I think about it, as a criminal law matter. First, pardons are for criminal law questions only — that is, you can’t pardon someone out of a civil lawsuit.

Second, the basic unerring premise of criminal law is that every crime must have an act. One cannot punish thoughts alone, only acts (although conspiracy as a crime gets close). So — all crimes must be based on acts. But not all acts are criminal of course.

Third — the prior examples of “blanket” pardons were not all that blanket. Nixon’s pardon was never tested — but it was a pardon of a specific individual for all ACTS while in office (only then by specific dates). The Carter pardon was for a narrow set of crimes (selective service act crimes) for many but it also excluded a good number of people (AWOL offenses for example). So, a wide but finite number of people who avoided the draft, but only for a very narrow category of statutory crimes. So, not so much an ACTS pardon, certainly not a specific person pardon, but rather a bar to Federal prosecutions of certain specific federal crimes before a certain date. Carter’s memorandum was not really considered a pardon of individuals by many, rather a direction to Federal prosecutors not to charge crimes (which is always discretionary anyhoo). When Reagan became president, there was talk of him issuing a new order allowing the prosecutions again, but four years had passed and it seemed like a stupid fight to have. So, again, untested.

So, for a valid pardon to be made here, It seems that the president would have to pardon either specific people, or specific acts related to crimes. I think that he could pardon Q Shaman guy for all crimes committed that day. Or even committed during Trump’s term. A pardon of a Nixon type. But that could/would be tested. Trump could pardon everyone in the world for violating the trespass of public property crimes under a specific statute. A Carter-type “pardon.” But that might only be a prosecutorial discretion act which could end with his term in office.

What I do not think is legal as a pardon is what most people are calling “blanket” pardons. For any act or crime for any person that day. Is he really going to pardon the cop killer(s?). Or, suppose someone did plant a bomb in the Capital that day and it goes off after the pardon issues?  The act was planting the bomb, can that conceivably be pardoned? I think not.

If he tries a blanket pardon of this type which has no precedent tested or not, there will be prosecutions and then we will know the outlines of the pardon power.

Further affiant sayeth not. And if there are typos, deal. It’s Sunday morning.

END_OF_DOCUMENT_TOKEN_TO_BE_REPLACED

Nancy Pelosi says that she “spoke to the Chairman of the Joint Chiefs of Staff Mark Milley to discuss available precautions for preventing an unstable president from initiating military hostilities or accessing the launch codes and ordering a nuclear strike.”

I can tell her the available precautions, and I hope Milley did too: NONE

The President has sole authority to launch nuclear weapons. He is not required to consult anyone else, nor is there provision to force him to.

This situation came about because back in the Cold War, it seemed plausible that the President might not know about a nuclear attack until the missiles were on the way. That gave him a half-hour or less to decide. It was also assumed that we would elect only presidents capable of doing the job.

Nuclear strategists have pressed Congress to change the situation, but so far Representative Ted Lieu’s and Senator Ed Markey’s bill has gone nowhere. Maybe the next Congress will see fit to consider it.

No, there wasn’t a workaround when Nixon was wandering the corridors of the White House, drunk, talking to the portraits. We were lucky.

Nancy Pelosi can’t do a workaround with Mark Milley. That would be tantamount to a military coup, and I think that Milley is not interested in a military coup right now.

If this is a concern, Speaker Pelosi, and I think it is, then bring articles of impeachment to the floor of the House. NOW.

END_OF_DOCUMENT_TOKEN_TO_BE_REPLACED

We had a whole weekend of national attention on President-Elect Joseph R. Biden and Vice-President-Elect Kamala D. Harris. He went golfing to try to ignore it, but today the neglect is setting in with full force.

So still-President Donald J. Trump fired his Secretary of Defense. That’ll show them! And you can call him Yesper, but Mark T. Esper defied The Master one too many times.

It seems pointless to fire anyone when you have only ten more weeks in the job, but as our very own Cole quoted Mary Trump,

Esper gave an interview on November 4 that he evidently asked to be held until he resigned or was fired. It’s been published. I think I would have wanted to have calmed down a bit before giving an interview and tried to avoid the whining, but you get the Secretary of Defense we just had, not the one we might want.

There’s a lot of speculation about why Esper was fired, and who’s next. The FBI’s Christopher Wray is the favorite. Also, too, someone in the White House has given instructions to agency heads to fire anyone who’s got a resume circulating.

I think Cole’s got it right. The positive side, I guess, is that as Trump eliminates people from the government, he becomes less able to do real damage, like start a war. It’s going to make the transition more difficult, but we knew that was coming.

And where are the other front-pagers? Open thread.

END_OF_DOCUMENT_TOKEN_TO_BE_REPLACED

Earlier today, House Speaker Nancy Pelosi teased a press conference tomorrow: “We will be talking about the 25th Amendment.”

Details are coming out.

.@SpeakerPelosi and @RepRaskin to introduce legislation tomorrow to establish a commission under the #25thAmendment charged with evaluating the president's mental and physical capacity. pic.twitter.com/0BOMBujj8B

The relevant part of the 25th Amendment is Section 4:

At any rate, the Commission’s hearings should be interesting.