You are here: Home / Archives for Clown Shoes

I don’t know if this got very wide play on the internet, but it should have. At any rate, in Idaho, some girl brought a gun to school, was caught with it before anyone was shot or hurt, and the school, shocked by the development, made the prudent decision to do something about *checks notes* fucking bookbags:

Effective immediately, backpacks will no longer be allowed at secondary schools in Rigby.

“Elementary schools will still be able to have backpacks,” Pauley said. “We are doing this as a precautionary measure.”

This comes in response to an incident at Rigby Middle School Thursday morning, where an emotionally struggling 13-year-old girl was taken into custody after a gun was found in her backpack.

Students are being asked to carry their books to the school and place them in their lockers. Teachers and administrators are planning to assist students where needed.

The kids, not having any of this bullshit, responded in a way that you all here will appreciate:

Excellent. This went viral, as it should have, and the suits have adjusted the policy:

The decision was announced in an email from Rigby Middle School Principal Richard Howard sent to parents Friday morning. A district spokesperson said further information will be released about all secondary schools in the near future.

“We are permitting clear backpacks to be used at Rigby Middle School to transport school materials to and from school,” Howard wrote in the email. “Backpacks may be inspected at any time by the school and are to be kept in student lockers during the school day.”

I assume it will be approximately ten minutes before someone puts all their shit in a gym bag and then puts the gym bag in.. a clear bookbag. Because that is what I would do.

At any rate, anything for our society to do anything about gun control. I do have faith, though, that the kids are going to deal with gun issues in the not so distant future (I have zero faith in my generation or those older than me), but I think the combination of a bunch of them being shot up in schools and another overstep by the radical right on the Supreme Court (who are about to fuck up once again on gun rights), will push things.

END_OF_DOCUMENT_TOKEN_TO_BE_REPLACED

I don’t know if produce deserts are a real thing, just riffing off the food desert, though I imagine it is the same thing because produce is the healthy shit people are missing. At any rate, you can’t find fresh papayas around here anywhere. The Aldi’s in Steubenville is the only place this side of Pittsburgh. So every time I go there, I get a couple.

At any rate, I heard that Gerald’s wife Landrea was going to Aldi’s, so I called and asked her to pick me up some. She had no idea what they looked like, so I described them to her, and she found them. I told her I wanted four, and she asked “Are you sure,” and I said yes. An hour later, Gerald came over hauling a large box with four of the largest fucking papaya’s I have ever seen. Like bigger than two liter bottles of soda.

I have never seen them that big before. Ever. They were fucking ginormous. And Landrea, having never seen them because they are not a thing really around here, had no idea what they normally look like and that these were just ridiculously big.

So I now have two enormous containers of papaya in my fridge, but I am up to the task.

END_OF_DOCUMENT_TOKEN_TO_BE_REPLACED

Speaking truth to power takes courage. Especially when it subjects you to vile, racist hate.

Officer Dunn is a patriot who risked his life to protect the Capitol and our democracy, and continues to fight for the truth.

That’s far more than anyone can say about @TuckerCarlson.

END_OF_DOCUMENT_TOKEN_TO_BE_REPLACED

What do you call Lauren Boebert’s fashion style? pic.twitter.com/bgUwQ412IW

Lookit the big guns on MEEEEEEEEE!!!

Pretty good idea why she named her salmonella shack ‘Shooters’.

There are genuinely dangerous Republicans in Congress, but Boebert is dangerous only to those with range (and then mostly incidentally). To be catty, since all she really seems to want is to stand in the spotlight while awed spectators stare at her, rhinoplasty / chin work / lasik surgery would’ve been more cost-effective than running for election…

END_OF_DOCUMENT_TOKEN_TO_BE_REPLACED 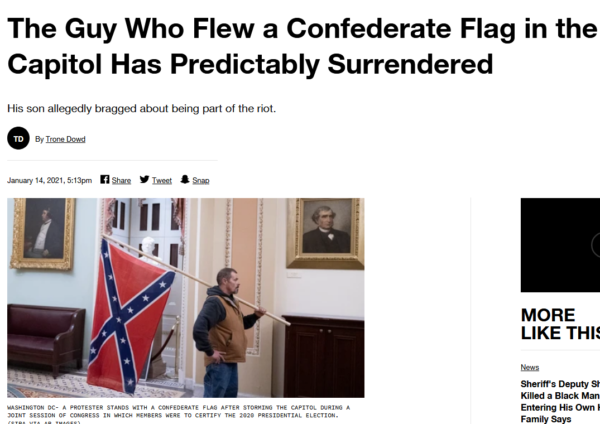 I have a headache but this made me feel much better.

END_OF_DOCUMENT_TOKEN_TO_BE_REPLACED

I made the mistake a little bit ago of looking in the mirror and I think four years of Trump and a year of pandemic may have impacted me: 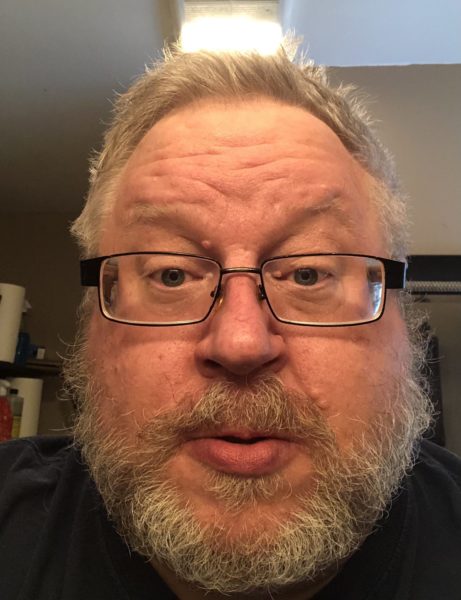 I need a new President, a vaccination, and a barber.

END_OF_DOCUMENT_TOKEN_TO_BE_REPLACED

Well, here it is:

I edited out all the whiny lies. (You’re welcome.) But this is progress of a sort — the only concession this repulsive crybaby is ever likely to make. For the next 65 days, this egomaniacal wretch will do everything in his power to foment division and delegitimize the incoming administration.

There’s no way Trump sticks around the White House on January 20th to greet his successor and attend the inauguration as honor compels real presidents to do, no matter how hard fought the race. He’ll probably demand that all the toadies boycott the inauguration too.

In a way, good riddance — who wants those puling babies around stinking up the event with their loaded diapers? But Trump is playing a dangerous game with the country, and for no other reason than malice and spite. Fuck that guy.

Now, I’m off to continue binge-watching the latest season of The Crown.