I’m Too Big To Cry/Hurts Too Much To Laugh

You are here: Home / Archives for I'm Too Big To Cry/Hurts Too Much To Laugh

With the aid of his trusted lieutenants, he’ll gin up new truckloads of bullshit in no time!

Apart from reminding everybody this is Not Normal, what’s on the agenda for the day?
.

This is the first time in modern times where the approval of the outgoing President is dramatically higher than the incoming President. Wow

Also interesting: net approval has worsened from December to January.

I think a lot lately about how when Reagan was slipping away in his second term, the media and the congress acted like everything was fine.

END_OF_DOCUMENT_TOKEN_TO_BE_REPLACED

A Trump presidency could inspire 1960s-like protests & the conviction that “democracy is in the streets." @jelani9 https://t.co/syH1rWuMgo

Jelani Cobb, in the New Yorker:

… Last summer, the A.C.L.U. issued a report highlighting the ways in which Trump’s proposals on a number of issues would violate the Bill of Rights. After his victory, the A.C.L.U.’s home page featured an image of him with the caption “See You in Court.” In November, Trump tweeted that he would have won the popular vote but for millions of illegal ballots cast. This was not just a window into the conspiratorial and fantasist mind-set of the President-elect but a looming threat to voting rights. Ten days after the election, the N.A.A.C.P. Legal Defense Fund released a statement opposing the nomination of Senator Jeff Sessions, of Alabama, as Attorney General, based on his record of hostility to voting rights and on the fact that he’d once brought unsubstantiated charges of voter fraud against civil-rights activists. But, with a Republican majority that has mostly shown compliance with Trump, despite his contempt for the norms of democracy, the fear is that he will achieve much of what he wants. Even if he accomplishes only half, the landscape of American politics and policy will be radically altered. This prospect has recalled another phenomenon of the nineteen-sixties: the conviction that “democracy is in the streets.”…

In that context, the waves of protests in Portland, Los Angeles, Oakland, New York, Chicago, and Washington, D.C., in the days after the election look less like spontaneous outrage and more like a preview of what the next four years may hold. Unlike the specific protests that emerged during the Obama Administration, the post-election demonstrations have been directed at the general state of American democracy. Two hundred thousand women are expected to assemble in front of the Capitol, on January 21st, the day after the Inauguration, for the Women’s March on Washington. Born of one woman’s invitation to forty friends, the event is meant as a rejoinder to the fact that a candidate with a troubling history regarding women’s rights—one who actually bragged about committing sexual assault—has made it to the White House.

The first Inauguration of George W. Bush, in 2001, saw mass protests driven by the sentiment that the election had been stolen. The protests that greet Trump will, in all probability, exceed them: some twenty other groups have also applied for march permits. Given his history with African-Americans, Muslims, Latinos, immigrants, unionized labor, environmentalists, and people with disabilities, it is not hard to imagine that there will be many more to come. The Congress is unlikely to check the new President, but democracy may thrive in the states, the courts, the next elections, and, lest the lessons of the sixties be forgotten, the streets.

Before the oath, Trump has managed to surpass 2nd term Nixon for paranoia, 2nd term Reagan for corruption & 2nd term Bush for incompetence.

Anybody want to take bets on when the hot question is "What did President Pence know and when did he know it?"

END_OF_DOCUMENT_TOKEN_TO_BE_REPLACED

This wouldn't pass as a grade schooler's Book Report. pic.twitter.com/mNOk52lWHy

Back last October, when we could still joke about it, Samantha Bee ‘mischievously’ suggested that Donald Trump might not actually be able to read. In all seriousness, he may just never have been able to read easily. As someone who’s both (mildly) dyslexic and ADHD, I can understand a skittishness about committing to labor through weighty blocks of ‘serious’ text — and Trump’s scholastic history, his spotty attention and apparently unprovoked rages, combined with his perennial insistence that he is so a smart person, are classic signs of an undiagnosed (unadmitted) learning disability.

Of course, someone with such problems isn’t going to find literary fluency any easier as they move into their senior years. Perhaps a (growing) incomprehension of the written word in bursts larger than 140 characters might explain Trump’s weird understanding of ‘the cyber’?:

President-elect Donald Trump has repeatedly questioned whether critical computer networks can ever be protected from intruders, alarming cybersecurity experts who say his comments could upend more than a decade of national cybersecurity policy and put both government and private data at risk.

Asked late Saturday about Russian hacking allegations and his cybersecurity plans, Trump told reporters that “no computer is safe” and that, for intelligence officials, “hacking is a very hard thing to prove.”

“You want something to really go without detection, write it out and have it sent by courier,” he said as he entered a New Year’s Eve party at Mar-a-Lago, his Florida resort.

“I think that computers have complicated lives very greatly,” Trump said earlier last week. He tweets prolifically but says he rarely uses any other communications technology more advanced than the telephone. “The whole age of computer has made it where nobody knows exactly what’s going on. We have speed, we have a lot of other things, but I’m not sure you have the kind of security that you need.”…

Apart from fruitless speculation on the scope of the upcoming disaster, what’s on the agenda as we stutter-start another (holiday-shortened) week?
.

Happy New Year to all, including all the future presidents who 54% of voters rejected, and have record-low approval ratings. Love!

END_OF_DOCUMENT_TOKEN_TO_BE_REPLACED

Consider this a proof-of-life post.  I went into a renewed Trump slough of despond a few days ago and am only now crawling out.  My reaction these last several days is summed up by this, fresh from my son’s vault of amusing internet clutter:

I’m climbing out of my funk in a couple of ways:  for one, by forcing myself to focus on work (and disconnect, insofar as I can, from Twitter).  Turns out that a deep dive into the story of Edmond “Comet” Halley as the father of life insurance does wonders for the mood.

Then there’s the promise of action.  My spouse is not letting up, and she’s making sure I’m going to march and all that.  The mood’s grim around here, but not abject.  I count that a win.

Then there’s the gang here.  This vicious pack of snarling jackals is a comfort and a goad.  Long may we roil.

And, though I may be a hopeless optimist on this one, I think the press is getting just a little better.  Not enough, yet, but the combination of obvious corruption, the overwhelming evidence of a tampered election, and the terror many are beginning to feel as the sheer slapdash incompetence of the Trump junta becomes ever more obvious has woken at least a few in the elite press.  Relentless pressure on social media, letters to the editor and so on will help.  That’s something the less crowd-loving among us (me!) can do, pajama-clad, in our basements.

And when all else fails, there’s the absurdity of it all.  That doesn’t make it better, of course, but it does give us something to gawp and cackle at.  Exhibit A?  This insight from the physician who attested to the Cheeto-faced, ferret-heedit shitgibbon’s Yuuuuuugely perfect health:

“If something happens to him, then it happens to him,” Bornstein said. “It’s like all the rest of us, no? That’s why we have a vice president and a speaker of the House and a whole line of people. They can just keep dying.”

That’s the perspective I seek in my medical professionals…

BTW — check out this gem from the good doctor:

“It never occurred to me that he was the oldest president, not for a second,” Bornstein, 69, said in his Upper East Side office of the 70-year-old Trump. He said that “there’s nothing to share” on a regular basis about a president’s health. “Ronald Reagan had pre-senile dementia. I mean, seriously, did they share that one with you, or did Nancy just cover it up?”

Last, because I love you, and I couldn’t resist this when I saw the shot, how about this edition of…. 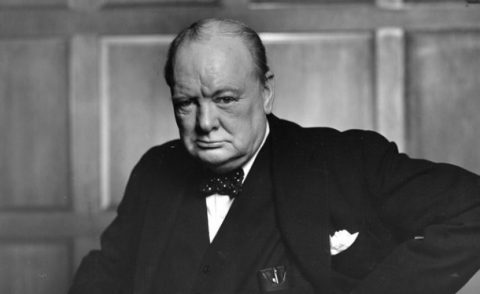 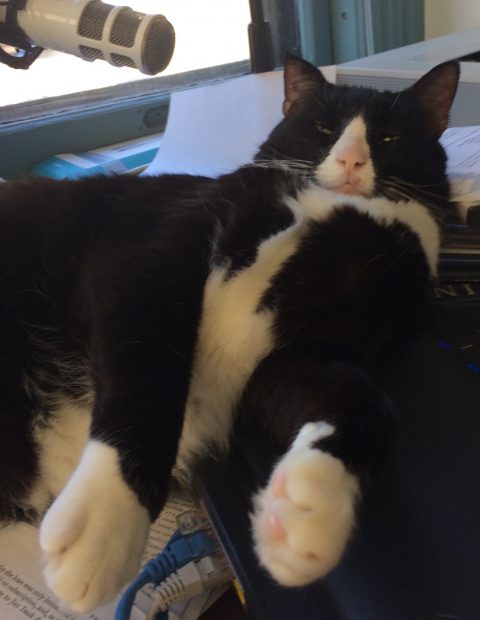 Kitten Tikka Masala is unamused by Trump, and doesn’t care who knows it.

Thread, this one, open it is.