You are here: Home / Archives for Not Normal

Are you allowed to impeach a president for gross incompetence?

SCOOP: Trump has been turning away intelligence briefers since his election win, by @gregpmiller @adamentoushttps://t.co/9CXq1DIo0i

… A team of intelligence analysts has been prepared to deliver daily briefings on global developments and security threats to Trump in the two weeks since he won. Vice President-elect Mike Pence, by contrast, has set aside time for intelligence briefings almost every day since the election, officials said…

Trump has yet to meet with Director of National Intelligence James R. Clapper Jr. or other top intelligence officials — aside from an unofficial meeting with embattled Adm. Mike Rogers, the director of the National Security Agency, who is rumored to be a top candidate to replace Clapper. Trump has greeted a parade of other officials auditioning for Cabinet positions, but also met with Indian business partners, television news anchors and figures in the entertainment industry.

President-Elect Smallgloves is busy with the latest installment of his (un) reality show, while the man known to his Repub colleagues as ‘Mike Dense’ tries to bone up on the difference between all those ferrn places and their leaders. As Betty would remind us: Not Normal.

Of course, if Trump’s suffering from the familial Alzheimers that took his father, it’s probably just as well he’s avoiding (his kids are steering him away from) any information he might inadvertently repeat at the wrong time. Which makes me feel so much better, if you know what I mean.

END_OF_DOCUMENT_TOKEN_TO_BE_REPLACED

Quote’s from Politico. What a pathetic excuse for a human being President-Elect Smallgloves is — desperate for any indication that he’s something other than a failed heir and reality-show grifter elevated far beyond his competence. Any sign of positive attention, and he expands like a soaked sponge.

Further evidence, from the NYTimes, “Less Defiant Trump…: ‘I Hope We Can All Get Along’“:

On Twitter Tuesday morning, President-elect Donald J. Trump was the media-bashing firebrand many of his supporters adore, denouncing The New York Times as a “failing” institution that covered him inaccurately — “and with a nasty tone!”

Eight hours later, after a lunchtime interview with editors and reporters for The Times — one that was briefly canceled, after Mr. Trump quarreled over the ground rules, then restored — the mood of the president-elect, it seemed, had mellowed.

“The Times is a great, great American jewel,” Mr. Trump declared as he prepared to leave the gathering in the newspaper’s 16th-floor boardroom, where portraits of former presidents adorn the walls…

The president-elect had sounded less gracious Tuesday morning when he abruptly called off his meeting at The Times in a Twitter post, contending that the paper had changed its terms for how the conversation could be reported.

END_OF_DOCUMENT_TOKEN_TO_BE_REPLACED

Donald Trump has yet to meet with the prime minister of the United Kingdom — arguably the closest ally of the United States.  He has found time to meet with representatives of Britain’s Lets-Play-Footsie-With-Fascists UKIP party including its well-dressed proto-fascist leader, Nigel Farange.

In that meeting Hair Führer focused on what really matters in the trans-Atlantic alliance.

[Andy] Wigmore, who coordinated the communications effort for the push for Britain to leave the European Union, told The Express and the New York Times that Trump asked them to oppose new wind farms….

Wigmore told The Express that Trump “is dismayed that his beloved Scotland has become over-run with ugly wind farms which he believes are a blight on the stunning landscape.”

Welcome to the post policy presidency.  Trump has no idea what energy mix makes sense and he doesn’t care.  Just doesn’t like looking at turbines.  So lose the buggers, amirite! 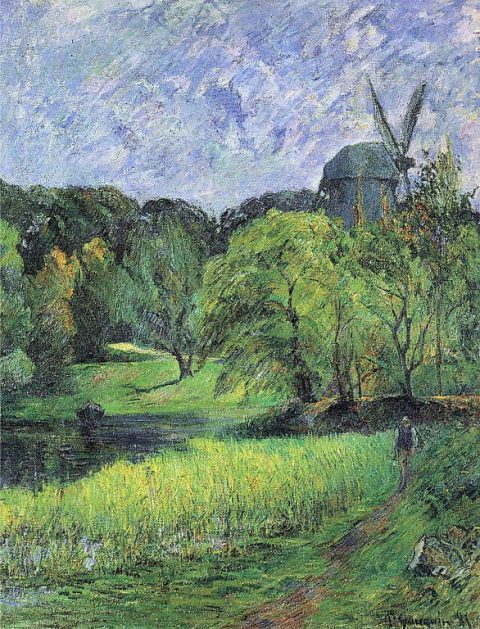 Apparently, Trump’s intervention appears to have worked, sort of:

Wigmore said that Trump “did suggest that we should campaign on it” and that the conversation “spurred us in and we will be going for it,” according to the New York Times.

Going for it, in this case, meaning that a party and a leadership roundly loathed in Scotland will argle bargle pwfft or something.  But gotta stroke the ferret-heedit shitgibbon, and talk is cheap.

The lagniappe, utterly unsurprisingly, is that the default position of the Trump crowd to any challenge is to lie:

Trump spokeswoman Hope Hicks denied to the New York Times that Trump discussed wind farms during his meeting with Farage. When the Times told Hicks that Wigmore gave an account of the wind farm discussion, Hicks did not respond with further comment, according to the Times.

With every passing day it becomes yet more clear that there is no way that Donald Trump can handle the presidency.  With each passing day his presidency draws closer.

END_OF_DOCUMENT_TOKEN_TO_BE_REPLACED

@Rschooley That's actually the Maggiano's on Wisconsin Ave in DC. They were there on Friday night. https://t.co/3ZtX956jc8

Of course our new Nazis won't know how to spell Nazi slogans. https://t.co/h8dWHgIV57

The actual factual term is "neo-Nazi." If you trace the roots of the movement to their origin, you end up at Stormfront and other hate sites

No, seriously: This happened. Rosie Gray, at Buzzfeed:

The white nationalist alt-right movement, once the very definition of fringe politics, is facing a truly unexpected scenario: Their preferred candidate is about to be in the White House.

To capitalize on this turn of events, alt-right leaders held a press conference on Saturday at the gathering of the National Policy Institute, the white nationalist think tank headed by Richard Spencer. The event was held in the Ronald Reagan Building in downtown Washington, and attracted vigorous protests outside.

Spencer appeared onstage with VDare’s Peter Brimelow, anti-Semitic writer Kevin MacDonald, Arktos editor Jason Jorjani, and American Renaissance founder Jared Taylor. More than two dozen reporters were in attendance, a stark shift from previous alt-right gatherings that attracted fewer. Behind the press conference, the rest of the NPI attendees gathered to watch, at times booing and jeering the reporters when they asked questions. The audience was nearly all young, white, and male, with some sporting Make America Great Again hats and many displaying the “fashy” cropped-sides haircut common to the movement….

The alt-right, Spencer said, had before the election been like a “head without a body,” trapped in internal conversations and debates.

“The Trump movement was a kind of body without a head,” Spencer said, saying that Trump’s campaign had been “half-baked” on policy despite having the right instincts on foreign policy and immigration. “I think moving forward the alt-right as an intellectual vanguard can complete Trump.” Spencer, who can take credit for coining the name of the movement, believes the alt-right has a “psychic connection” with Trump in a way they do not with other Republicans. Indeed, the very name of the alt-right indicates its wish to disassociate itself from the wider right: An important part of its project is to challenge and dismantle the conservative movement.

Spencer and the others are careful not to identify Trump himself as alt-right, nor his campaign CEO and soon-to-be White House chief strategist Steve Bannon. The alt-right leaders are aware of their political radioactivity and seek to not harm Trump by linking arms too firmly with him. “I don’t think Steve Bannon is alt-right as I would define the term,” Spencer said, saying Bannon has no direct connection to the movement but that “I think a few of us have shaken his hand” and that there is “common ground” between the beliefs of Bannon and those of the alt-right…

So much common ground, that the two Venn diagram circles are locked in close embrace.

… Now that Trump has won, the alt-right must grapple with policy in real-world terms. NPI plans to start putting out policy papers as recommendations for the Trump administration going forward (regardless of whether these specific plans will ever have audience in the White House); the first, out now, is called “Beyond NATO.” One proposal by Spencer is to institute a 50-year freeze on net immigration. He also spoke approvingly of Ivanka Trump’s federally sponsored maternity leave proposals, and of the choice of Sen. Jeff Sessions as attorney general. Spencer told me later that he’s also proposing a “less is more” idea in which there is less college attendance and college is reserved for a “cognitive elite,” and a “greatness agenda” involving wildlife conservation…

Translation: State support for white babymakers, old-school racists in charge of the judiciary, college education once again reserved for white Christian men, and license for the NRA to run wild in national parks.

END_OF_DOCUMENT_TOKEN_TO_BE_REPLACED 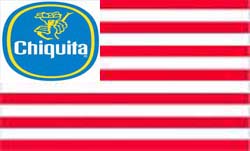 There’s some evidence that we’re facing a government headed by an outrageously unqualified shit-gibbon who will be controlled through flattery and gaslights by a cabal of bible-humping, social program-slashing, regressive tax cut-advocating Republican pols to enact a Kansas-like economic and social governing blueprint. That would be disastrous for obvious reasons.

There’s also some evidence that we’re facing a government headed by an outrageously unqualified shit-gibbon who will be controlled through flattery and gaslights to implement an authoritarian kleptocracy aligned with white nationalist movements in Europe and resembling Putin’s Russia. Even more disastrous.

Or maybe Team Shit-Gibbon will manage to exceed expectations and create a hybrid of the two — lord knows the Republicans in Congress won’t stop them, not with the prospect of adding federal levers of power to the state levers that have successfully suppressed millions of votes. Karl Rove’s dream of a permanent Republican majority could come true at last, with suppressing and smearing conducted via federal agencies ensuring that dumb-as-dirt, compliant cocksplats like Steve King and Louie Gohmert can enable Trump, his spawn and vile hangers-on to loot the Treasury in perpetuity in exchange for hereditary seats in Congress.

Regardless of which reality shakes out of the chaos of the shit-gibbon transition shit-show, it’s incumbent upon us to bear witness to things that are not normal. Joshua Foust, former security analyst and current national security fellow at the Foreign Policy Research Institute, compiled a list of not normal things yesterday. It’s so long I’m going to put it below the fold.