OBAMA IS WORSE THAN BUSH HE SOLD US OUT!!

You are here: Home / Archives for OBAMA IS WORSE THAN BUSH HE SOLD US OUT!!

I don’t know about you, but for me it was an amazing day. Amazing. So many things I never thought I would see in my lifetime. I am so proud of this man and so proud that we worked our butts off to help him get elected.

Here is the C-Span full archive of video of the events of the day.

We cannot backtrack. We cannot.

Consider this an open thread. Cheers.

END_OF_DOCUMENT_TOKEN_TO_BE_REPLACED

Here’s a piece of unequivocal good news with which to start the last full year of the Obama presidency:

The executive director of the United States Interagency Council on Homelessness, which coordinates the federal response on the issue, said in a letter to Mayor Bill de Blasio this week that [New York] city had “effectively” ended chronic homelessness among veterans.

In 2015 alone, the city placed more than 1,000 veterans in permanent housing, according to city officials. Several weeks ago, at Clinton Avenue Residence, a new 43-unit development in the Bronx specifically for veterans, several men dragged garbage bags with their belongings through the gleaming lobby and into their studio apartments.

“I woke up and there wasn’t a person sleeping three feet away,” Eric Peters, 54, an Air Force veteran who has been in and out of homelessness for decades, said the next morning.

New York City is doing better than many places, though not uniquely so.  Homelessness among vets is down 36% nationwide, and, as The New York Times reports,

Houston, Las Vegas and New Orleans, among several cities, [have] effectively ending overall veteran homelessness, meaning they have identified all homeless veterans, not just the chronic cases, and placed them in homes.

Why has this happened? Because:

The city’s efforts are part of a broader federal initiative, started under President Obama and aimed at ending veteran homelessness in the United States. The federal housing agency, working in partnership with the Department of Veterans Affairs, has now distributed 79,000 rental assistance vouchers to veterans across the country dating to 2008.

Three cheers for both the hard work being done at both the national and local levels.  I hope the program serves as a model to tackle homelessness writ large — but I have no problem with selecting veterans as the first to demonstrate that the world’s last superpower does not in fact have to house its people in cardboard boxes.

But I do want to point out what’s obvious in this crowd, and should be so in the wide world:  this is what respect — and more, support — for those who serve our military looks like.  The next time your wingnut acquaintance spouts about the Muslim Kenyan Usurpers disregard for the armed services, point this out to her or him — and ask him which GOPster has made this a priority.

Happy new year all.  Going to be an interesting ride in 2016

END_OF_DOCUMENT_TOKEN_TO_BE_REPLACED

On Twitter, there is a long and productive discussion about provider pricing and the recent study on commercial payer rate variations.  Part of the discussion went back to this Washington Post article on price suppression from October 2010.

The administration decided not to seek lower drug rates for Medicare, and it didn’t press for a “public option,” a government-run insurance plan that people under 65 could buy into. While supporters of the public option sold it as a way to compete with insurers, the real target was hospitals and doctors. A public option would have created a nationwide purchaser of health care that could have exerted leverage on providers to cut prices. This would have lowered the law’s costs by reducing the subsidies needed to make insurance affordable….

The public option would have been a marginal pressure to reduce prices.  There were several flavors on how providers would be paid in a  public option.  The two most common were Medicare plus X where X was some percentage between 5% and 15%, and negotiated rates.

In noncompetitive payer and provider markets, the public option at Medicare plus 5% or Medicare plus 15% would be a fairly narrow network.  Medicare can get away with offering fairly low rates in non-competitive markets and still have most hospitals and providers sign up for traditional Medicare because Medicare can promise volume.  The Exchanges can’t promise volume.  The Exchanges for this year are projected to insure 4% of the US population, and it is a fairly low utilizing population when compared to Medicare.  That means providers don’t need the Exchange volume to cover their fixed costs.  Under a Medicare plus X regime, quite a few providers would not sign the contract.  They would not want to set a precedent of taking Medicare based rates.  So the public option in provider dominated markets would keep the dominant insurer honest but the pricing differential after a year or two would not be tremendous.

If the public option was a negotiated rate product, it would be similar to the 2nd Silver chasing products in competetive markets.  In minimally competitive insurance markets, it would probably have a broader network than it would under a Medicare plus X scheme but the pricing difference between it and the lowest priced Silver from the dominant carrier would be smaller.

I think the public option is something that should always be presented by progressives as a budget pay-for as it will produce significant savings to the federal government through lower subsidy levels but it is not a panacea.  The Exchanges are not big enough pools of patients and dollars to drive hospitals and other providers to completely change their pricing models.

END_OF_DOCUMENT_TOKEN_TO_BE_REPLACED 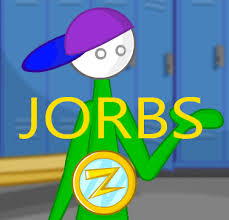 Another good month for JORBS, plus 211K on payrolls for November, plus 35K upward revisions to September and October, unemployment rate remains at 5.0%, labor force participation rate unchanged at 62.5%, black unemployment at 9.4% (down from 11.0% this time last year), the U-6 at 9.9%.

68 straight months of JORBS from President Malcolm The Wiz Live Shabazz X Mo Dee, which means we should probably expunge him from the record books and just pretend the economy responded positively to Sen. John McCain and eight years of anticipation of the incoming Trump/Cruz administration.

Good stuff, but good enough for a Fed rate hike?  Markets seem inclined to believe one is coming.

END_OF_DOCUMENT_TOKEN_TO_BE_REPLACED

In 2014, healthcare spending grew by 5.3%.  Given context that is a great number

Total spending for health care in the United States increased 5.3 percent and reached $3.0 trillion in 2014, or $9,523 per person (Exhibit 1). This was faster than the rate of growth in 2013 (2.9 percent), which was the lowest in the fifty-five-year history of the National Health Expenditure Accounts. The acceleration in health spending growth in 2014 followed five consecutive years of historically low growth, which averaged 3.7 percent. Health care spending grew 1.2 percentage points faster than the overall economy in 2014 (when the nominal gross domestic product [GDP] increased 4.1 percent), resulting in a 0.2-percentage-point increase in the health spending share of GDP—to 17.5 percent. By comparison, the health spending share of GDP remained between 17.3 percent and 17.4 percent from 2009 to 2013.

But 2014 saw the share of GDP going to healthcare go up.  Did something strange happen in 2014?

Why yes, 15 million more people got coverage and they used that coverage.

If it costs .2% GDP net to cover 15 million or more people that is dirt cheap and a good value for the money.

And a final piece of intriguing potential for good news:

All-time record low growth of 3.6% in 2013 revised down to 2.9%. Some reason to expect similar revisions next year https://t.co/KUYJBHDwnQ

END_OF_DOCUMENT_TOKEN_TO_BE_REPLACED

So, at what point do Republicans start saying “Well, unemployment is at 5.0% and we’re creating 271,000 jobs a month because the country clearly anticipates total Republican control of the country in 2017.”

The October jobs report was a blowout.

Data out Friday morning showed that the US economy added 271,000 jobs in October. It was the strongest pace of employment growth this year, and nearly 100,000 jobs more than the consensus forecast for 182,000.

The unemployment rate dropped to 5%, the lowest level since 2008. Economists consider a 5% rate to indicate full employment. The labor force participation rate stayed at a 38-year low, with just 62.4% of American civilians over the age of 16 working or looking for work.

The report had been expected to show a modest rise in the pace of jobs growth, following the unexpected slump we saw over the last two months. In Friday’s report, September nonfarm payrolls were revised even lower to 137,000 from 142,000.

So yeah, September was something of an aberration, but October was BEAST MODE.  Fed rate hike in December looking like it’s going to be on.

END_OF_DOCUMENT_TOKEN_TO_BE_REPLACED

Via the US Census Bureau:

The Current Population Survey shows that the percentage of people with health insurance for all or part of 2014 was 89.6 percent, higher than the rate in 2013 (86.7 percent).

After several years of a relatively stable uninsured rate between 2008 and 2013 as measured by the American Community Survey, the percentage of the population who were uninsured dropped in 2014. This represents the largest percentage point decline in the uninsured rate during this period.

Now let’s get the rest of the Medicaid hold-out states on board accepting free federal money and then let’s start working on underinsurance.