Somewhere a Village is Missing its Idiot

You are here: Home / Archives for Somewhere a Village is Missing its Idiot

Sometimes you get the greatest insight into folks when they think the pressure is off.

What follows has exactly no political import, and, truly, says nothing about the writer in question’s journalistic chops or beat-acumen…at least not directly.

But, perhaps unsurprisingly, given my Bayesian prior holding that anything that comes out of Chuck Todd’s mouth or pen is surpassingly likely to be…well…crap, I find his gig over at Peter King’s joint as a summer replacement for the Monday Morning Quarterback column to be a thing of perverse beauty.  More,  if you take Todd as the type specimen of a Village idiot, then you can read in his attempt to display both football cred. and knowledge a free-of-partisan-blinkers way to assess his actual skills, quality, and personality.

I’m not going to bother with an extended fisking — after all, it’s both Todd and a game — but a couple of things stand out.

First, it’s always about Todd.  Taking Todd as an archetype of Village perspective, I’m suggesting this confirms the many hints that much of what drives elite DC media is how whatever is being covered fits in with and or confirms a collective world view and sense of status.

Which is what makes a simple word count so telling.  Todd’ s column is just over 3,500 words long.  1,400 of those words — crucially the first words in the piece — dive deep into his claim to be a Green Bay Packers fan. 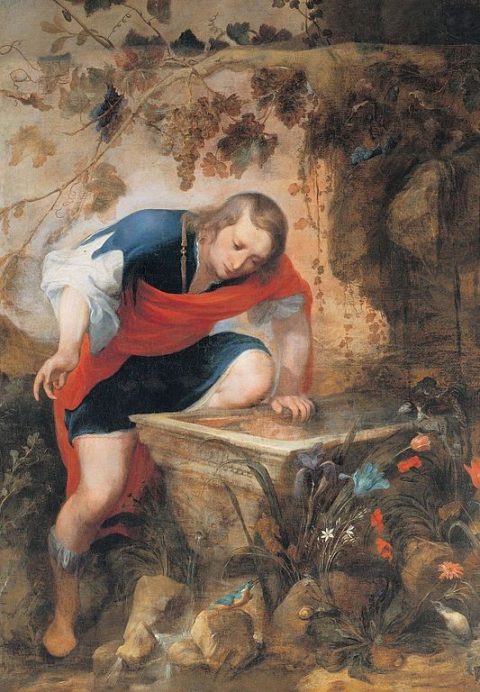 A couple of things on that. First, obviously, the man can root for whoever he wants. But that’s kind of the problem: there’s nothing inherently interesting about anyone’s choice sports-laundry connection.  To go on for 1400 words — nearly twice as long as a conventional newspaper column, well into short feature length already — implies that the writer has something more to say than “I was born in the midwest and my dad liked the Packers.” Not our Todd.

END_OF_DOCUMENT_TOKEN_TO_BE_REPLACED

One sentence from today’s column that captures the pure, distilled essence of the alt-hack that is our BoBo:

And yet it has to be confessed that, at least so far, the Whitewater scandal was far more substantive than the Russia-collusion scandal now gripping Washington.

The disembodied passive voice to give pulled-from-the-ass opinion the aura of ex-cathedra authority:  “it has to be confessed…” Oh yeah? Says who?

The careful weasel phrase, a scurrying for plausible deniability when this infallible dictum falls prey to fact:  “at least so far…”

The statement, presented as general consensus, that is, in fact, false:  “Whitewater…was far more substantial than…’ anything at all is simply false, and Brooks himself was both a driver of that falsehood and was and is perfectly positioned to know better than what he writes here. 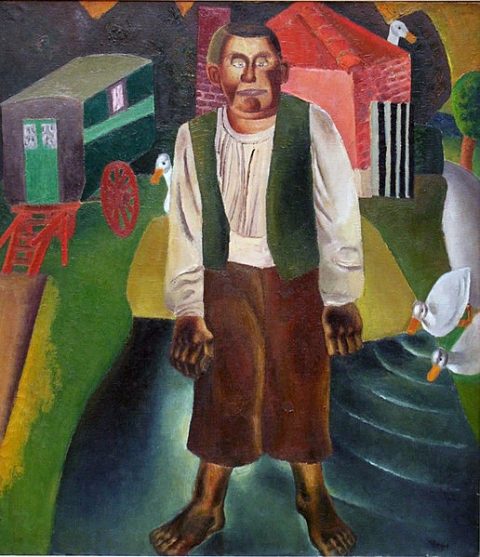 The Whitewater “scandal,” as just about every non-interested party now knows, was a steaming heap of bullshit, ginned up by Republican operatives (Ted Olson!) in an attempt to damage the Clintons and the Democratic Party.

Brooks reminds his reader that he was the op-ed editor of The Wall Street Journal at the time his page was running piece after piece about the scandal that he claims was substantive — and yet, in (again) classic BoBo self-protective weasel writing, now writes “I confess I couldn’t follow all the actual allegations made in those essays…”

In other words, don’t blame him if his paper and his page retailed great steaming heaps of bullshit that as he now writes, “in retrospect Whitewater seems overblown….” (Note again the tactical use of the grammar that evades responsibility, that subjunctive “seems.”  Translation: my paper on my watch spread bullshit for partisan ends, and but all that can be said (see what I did there) is that the outcome of our work “seems” … not so great.  Nice obfuscation if you can get (away with) it.) (Yes. I like parentheses. Sue me.)

Where was I?  Oh yeah:  don’t contemn Brooks for that overblown false scandal, but take his word for it that that steaming heap of bullshit was nonetheless more real than the Russian allegations.

I don’t think I have to go into detail for this crowd about the depth and range of the Trump-Russia nexus. It may be that Brooks is trying to be clever here, and define the scandal purely as a question of whether Trump himself (and or his campaign) directly conspired with agents of Putin’s government to affect the election.

That would make that sentence yet more carefully parsed to give him cover as things like money laundering and influence peddling details accumulate.  In that, we may be seeing a preview of the approach Republican opinion-framers will attempt later on: Trump’s corrupt, but not a traitor.  But even allowing for such fine dissection of the growing scandal, there’s plenty of confirmed evidence of interaction between Trump’s campaign and significant Russian folks (see, e.g., Sessions and Kislyak).  In other words: Whitewater ended as it began with no evidence of Clinton wrongdoing.  Trump-Russia already has on public record significant and troubling revelations.

There’s a pattern here. The New York Times has given prime opinion acreage to now two partisan hack/WSJ refugees in Brooks and Bret Stephens. Both employ a more-in-sorrow-than-in-anger voice to construct in the language of rueful reason narratives that directly bolster Republican positions and personalities. Both use that seeming reasonableness, the above-the-fray tone of impartial and unchallenged judgment, to say things that are clearly not true.  Those lies directly undercut reporting happening within the Grey Lady’s newsroom put out.  Op-ed editor Bennett, executive editor Baquet and publisher Sulzberger are all OK with that, it seems.

David Brooks tells plausible falsehoods in defense of some of the worst people in the history of American politics. The Times lets him; more, it has done so for decades promoting a career hack/flack to a position of influence far beyond anything his lack of rigor and intellectual dishonesty should ever have earned.

This is a big problem.

Update: I just trashed a comment on how Brook’ wife  should interact with his wife. Using the term the comment did for a woman one may dislike or disapprove of is unacceptable, for all the obvious reasons.  No banhammer yet, but a repeat will earn a time out.

END_OF_DOCUMENT_TOKEN_TO_BE_REPLACED

…the speaker is torn between his personal feelings about the tape showing Donald Trump discussing grabbing women by the genitals and his desire to preserve the historic GOP majority in the House of Representatives.

A) Profile in Courage. 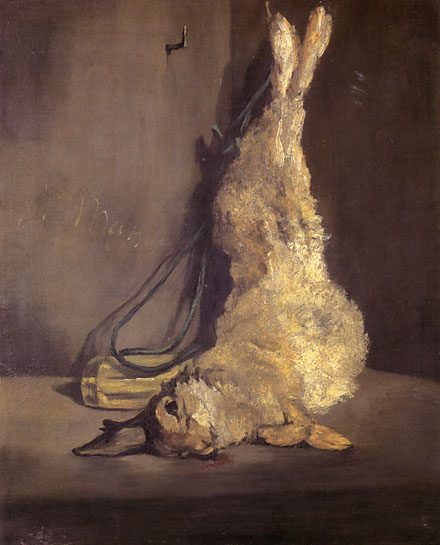 I have many dreams about this election. One that is very unlikely — but less so than a week ago — is that the GOP loses the House, and Ryan loses his seat.

ETA:  I’ll confess. This post was motivated in part by a desire to use that picture in association with today’s GOP.

END_OF_DOCUMENT_TOKEN_TO_BE_REPLACED

The economic anxiety of law professorshttps://t.co/CGbBvnabWQ?

Besides either pointing and laughing or cringing and looking at our fellow countrymen with abject fear and uncertainty, what is on the agenda today

END_OF_DOCUMENT_TOKEN_TO_BE_REPLACED

Just a quicky here, as I can’t resist this:

Speaking in Youngstown, Ohio ahead of Donald Trump, Rudy Giuliani, who was the mayor of New York City on 9/11, declared that Islamic extremists hadn’t carried out any terror attacks on American soil before Barack Obama’s presidency.

“Under those 8 years, before Obama came along, we didn’t have any successful radical Islamic terrorist attack in the US,” Giuliani told the crowd. “They all started when Clinton and Obama came into office.” 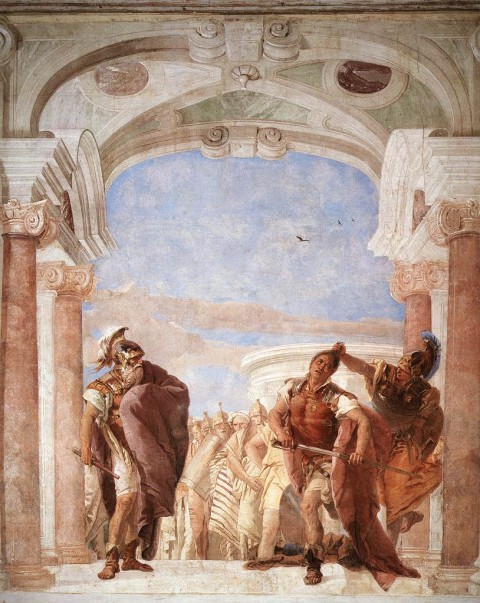 This is beyond hateful.  This is, as Charles Pierce has often said, yet more evidence that the GOP has been consumed by prion disease.  It’s just…pitiable…

END_OF_DOCUMENT_TOKEN_TO_BE_REPLACED

And this is not even directly related to Trump.

What if Hillary offered Republicans one SCOTUS pick? Would that open the floodgates for skeptical Republicans to rescind support for Trump?

my first response is to ask if Ryan Lizza guzzles anti-freeze for breakfast as this is breathtakingly stupid.

Let’s make a few assumptions that I think are verifiable within reality.

a) Hillary Clinton has in all projection systems been favored to win the White House at all points to varying degrees (except the 538 click-bait now-cast)
b) A Republican appointed or de facto appointed Supreme Court median judge produces significantly different policy and political outcomes than a median Supreme Court justice that represents a typical Democratic nominee.
c) The Clinton campaign is better run than the Trump campaign.

d) The Democratic coalition has good reason to believe it is a dominant Presidential level coalition ( 5 out 6 most recent elections had Dem popular vote pluralities etc)
e) The Republican coalition is a maxed out coalition with significant headwinds due to higher death and lower replacement rates of their core voters compared to Democratic core voting blocks.
f) The Donald is a dumpster fire which excerbates E

In football analytics terms, Clinton is ahead and she can win with a good, productive 8 minute offense of low variance but efficient plays. There is little reason for the Clinton campaign to adopt high variance vertical shots down the field to score when she is already up 9 with a better quarterback and a better defense. Scoring point is nice but running time off the clock and winning field position works almost as well. Interceptions and fumbles would dramatically drop win probability compared to a counterfactual of boring productive plays.

Promising to nominate a typical Republican judge as the median SCOTUS vote in order to try to capture 2% to 5% of the core Republican vote is a high variance play for a Democratic nominee. It could be worth it if the nominee was down 9 points with three months left. But that is not the case. Promising to nominate a Kennedy clone or more likely a Roberts clone may or may not get any Republican votes as a Trump Administration would nominate at least a Roberts if not an Alito clone anyways while it would cause a lot of trouble on the left flank. That could be acceptable if the left flank was legitimately faced with a “this sucks but it is the only chance to avoid the true suckage of four years of Trump” choice but that is not the choice out there.

Therefore this is the stupidest thing I’ve read this week.