SCOOP: The GOP-led Senate Intel Committee has subpoenaed Donald Trump Jr. to answer questions about his previous testimony before Senate investigators in relation to the Russia investigationhttps://t.co/D9ecTOGLu8

"Don and Senate Intel agreed from the very beginning that he would appear once to testify…and would remain for as long as it took to answer all of their questions. He did that. We're not sure why we're fighting with Republicans."

I had to read it twice to realize it was Senate, not House.

END_OF_DOCUMENT_TOKEN_TO_BE_REPLACED

The @NYTimes just posted (and @NicolleDWallace just read from) a searing column by former FBI director James @Comey, on how Trump coopts and corrupts men like William Barr and Rod Rosenstein. A clip: pic.twitter.com/BuJG8FPkae

And the full column: https://t.co/0VrxYVKQDL

I got nothin’. Except this reign of dolt is exhausting.

END_OF_DOCUMENT_TOKEN_TO_BE_REPLACED

DEVELOPING: AG Barr will deliver his next report to Congress in 30-45 minutes, a US Justice Dept. official tells @NBCNews – @JuliaEAinsley / @PeteWilliamsNBC pic.twitter.com/eKpflKXkXa

Try to tamp down expectations. This is a long game. Stay focused on the important jobs of taking back the Senate, keeping the House and cleansing the White House from floor to ceiling.

I just don’t want anyone to dive off an emotional cliff because Barr trying to downplay any of this.

END_OF_DOCUMENT_TOKEN_TO_BE_REPLACED

I have no idea where everyone is and I’m probably the least qualified person to be posting about this, but here you go:

JUST UPLOADED: In sentencing memo, MUELLER accuses MANAFORT of "bold" crimes, "some of which were committed while under a spotlight due to his work as the campaign chairman &, later, while he was on bail from this Court." https://t.co/JNkwbz5ELE

Just a reminder. Mike Pence was Manafort’s handpicked choice for VP. Wonder why??

END_OF_DOCUMENT_TOKEN_TO_BE_REPLACED

The Federal Aviation Administration halted flights into La Guardia airport in New York City on Friday amid a shortage of air traffic control staff, according to multiple reports.

The partial government shutdown has impacted air traffic controllers, who are deemed essential workers and have to work without pay.

Newark and Philadelphia reportedly are also stopping all incoming flights, according to Bloomberg.

Various reports of Reagan being closed but reopened.

END_OF_DOCUMENT_TOKEN_TO_BE_REPLACED

So, while we wait for the next irruption of lethal folly from Dear Hairpiece, how’s about a little fun from the Evangelosphere:

The prominent evangelical leader Jerry Falwell Jr. has for the first time acknowledged putting up $1.8 million for a business venture managed by a young pool attendant whom he and his wife befriended during a stay at a luxury hotel in 2012. 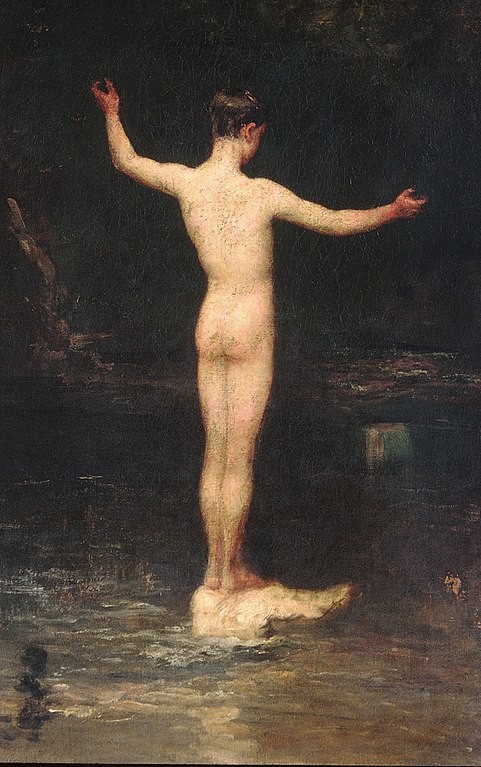 This story has been kicking around for a while:

BuzzFeed News first reported in May on a lawsuit that claimed the Falwells had developed a “friendly relationship” with Giancarlo Granda, then 21 years old, at the lavish Fontainebleau Miami Beach, flying him in a private jet, offering “financial assistance,” and ultimately setting him up in business. [All links in quotes are from the originals.]

“Friendly relationship” is a nice way of putting…whatever.

I got no problem with whatever connection either or both professional Christians and Mr. Granda may have.  But there is a sinner, stone and glass house problem here, and I’d say the good (Narr: he was not good) Mr. Falwell is up to his neck in “got some ‘splainin’ to do.”

What makes this all a bit more than the usual sexual fear-mongering-Christianist-hypocrite schandenfreudal moment is this. Falwell was famously the first major Talibangical leader to back Trump, giving him a venue at Liberty (sic!) University and a powerful endorsement.  This didn’t come out of the blue:  “Trump visited Liberty University Sept. 24, 2012, to give the convocation address.”

The timing was convenient:

Six months after evangelical leader Jerry Falwell Jr. and his wife befriended a Miami hotel pool attendant in 2012, the young man was introduced to Donald Trump during a visit to the large religious school Falwell runs, Liberty University, according to a photograph sent to BuzzFeed News.

Guess who connects Falwell, the pool boy, and the failed president.

Why was Cohen there? Turns out…

Cohen was an acquaintance of Falwell’s and helped arrange Falwell’s milestone endorsement of Trump during the 2016 election campaign, BuzzFeed News reported, citing a high-ranking official at Liberty University.

But not to worry:

As BuzzFeed News had previously reported, a source close to Falwell said he was “sure” Falwell had discussed the Granda case with Cohen prior to his unexpected decision to lend his backing to Trump. There is no evidence that these discussions played any part in the endorsement.

That’s their story, and I’d say they’d best stick to it.

END_OF_DOCUMENT_TOKEN_TO_BE_REPLACED 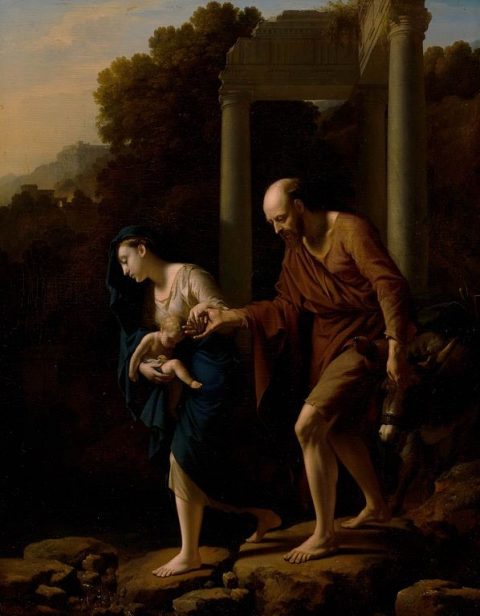 We are governed by monsters:

The Trump administration has arrested 170 undocumented immigrants who came forward to try to take migrant children out of government custody, federal officials said Monday. More than 100 of those arrested had no criminal record.

The arrests follow a move by President Donald Trump’s administration earlier this year that allowed immigration authorities to examine the criminal background and legal status of anyone who steps forward to sponsor unaccompanied migrant children — usually parents or close relatives already in the U.S. — as well as any other adults living in their home.

That rule allowed ICE to collect biometric data, including fingerprints, of the sponsors as well as other adults in the home.

The obvious consequences of this move are two-fold.  For one:

Advocates for migrant children argue that increased background checks and arrests will scare away potential sponsors, resulting in more children being stuck in long-term federal custody while they seek legal permission to stay in the U.S. An adult’s immigration status is irrelevant to whether a home is safe for a child, and a child’s welfare should be the only focus of such background checks, advocates argue.

My only quibble with Tal Kopan’s writing above is that, while I get while the conventions of journalism dictate this kind of attribution, it’s not just advocates who argue that the threat of arrest scares people away from taking a given action…pretty much everyone gets the point here.

In any event, terrorizing would be loving care-takers of these unaccompanied kids has an immedate corollary: they will be — I won’t say cared-for, but warehoused by a government and an agency actively, intentionally, purposefully, unable to do a good job of it:

Children’s advocates fear that conditions for migrant youths could worsen as the number in federal custody grows. The Health and Human Services care system was intended to be a bridge for often traumatized children into a more stable home while they sought legal status in the U.S. Advocates fear the administration is treating it like a penal system.

The increase has been beyond what the network of shelters across the country can accommodate.

Again, the word “fear” might be more accurately replaced by “expect” or “are documenting”…but the point is clear enough.

To recap: the US government holds children they cannot care for — in some, perhaps many cases, kids that our border polizei stole from their parents.  They actively seek out members of the public who can care for these kids — who need not just food and shelter and affection, but schooling and all the daily life of growing up, almost all of which a US internment camp (never call it a Kinder Konzentrationslager) can provide.  Then they destroy dozens more families by arresting those willing to extend their household and family to include a child in need.

Donald Trump — but more, everyone in the Republican Party who does not recoil in horror from this depravity — are moral monsters.  And that is, for now, every nationally elected member of the GOP.  The Republicans run the House (for a couple of weeks more) and the Senate…they could say that no, this is a step too far.  They have not.  They are complicit; accessories and co-conspirators.

I am not a Christian, but I know that a great many are among those who have designed, implemented and provided the political cover for this evil.  I know that the Republican Party as a whole parades its Christian virtue as both its essential character and as the only legitimate source of moral value available to any American.

And to them — all of them, from Dear Hairpiece on down — I say y’all best hope that the afterlife you declare you believe in ain’t real. For I give you Jesus himself, telling you where your sorry asses will end up:

41 Then shall he say also unto them on the left hand, Depart from me, ye cursed, into everlasting fire, prepared for the devil and his angels:

43 I was a stranger, and ye took me not in: naked, and ye clothed me not: sick, and in prison, and ye visited me not.

44 Then shall they also answer him, saying, Lord, when saw we thee an hungred, or athirst, or a stranger, or naked, or sick, or in prison, and did not minister unto thee?

46 And these shall go away into everlasting punishment…