This is the future: blind, grasping partisanship underwritten by QAnon level insane conspiracy theory bullshit. Even once Trump is gone, we all still have to live in this cesspool.

Only a matter of time til a theory involving time travel enters the conservative mainstream. https://t.co/pvh2CvyIHy

He’s referring to Ed Whelan, who is now theorizing it was a classmate of Kavanaugh’s (AND THEN FUCKING NAMING THE GUY AND POSTING HIS CHILDHOOD ADDRESS AND PICTURE)and the little lady is just confused, which makes total sense if you think women forget who sexually assaulted them and if Ford had not previously stated that she knew Kavanaugh prior to the incident.

And if the name Ed Whelan sounds familiar, he is the fellow who apparently loses his shit every single time a nomination is made to the Supreme Court, having his last brush with notoriety during the Sotomayer nomination when he outed Publius at Obsidian Wings. Whelan, of course, is the President of the ironically named, given his behavior, Ethics and Public Policy Center, one of many wingnut welfare ventures that makes regular contributions into the right wing puke funnel.

Ed Whelan is being roundly mocked for his astonishing tweet thread. But let's consider the facts. Whelan is old enough to have teenage sons. Here's a floor plan of what could well be his house. Note the desk in the second bedroom, where a teen impersonating Whelan could… 1/302 pic.twitter.com/L8qTwWWwED

END_OF_DOCUMENT_TOKEN_TO_BE_REPLACED

NEW: GOP senators are considering using their female staffers to question Christine Blasey Ford. So it’s not a bunch of white men questioning her. https://t.co/G6rEydigi4

There’s an easier way to not have all white men questioning witnesses regarding sexual assault in the Senate, and that’s by electing more women and minorities and not nominating scumbags to the Supreme Court.

More women in the House won’t hurt, either: 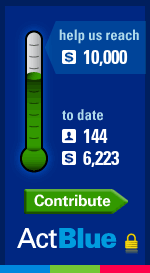 END_OF_DOCUMENT_TOKEN_TO_BE_REPLACED

How about this. If the press (or anyone) is going to delve into every aspect of Dr. Ford’s story and life, how about they also interview every one of the women who signed that letter of support for Brett Kavanaugh? Ask them to answer these questions with as much detail as is expected from Dr. Ford:

Instead of expecting us to just take their signature as a statement of facts.

I mean, if I were calling a job candidate’s personal reference for a job, I’d ask a minimum of these questions.  And isn’t that what the GOP is saying these women are?

Otherwise, if you’re going to take them at their word (which in reality is just a signature at this point) you should also take Dr. Ford at her word. Period.

END_OF_DOCUMENT_TOKEN_TO_BE_REPLACED

I have literally vegged all day. I stopped feeling guilty about it around 2 pm. Feel much better for having done it.

I came up for air and MSNBC was queued when I turned the TV on. This is the first thing I heard:

Flake says he is ‘not comfortable voting yes’ yet on

Sen. Jeff Flake (R-Ariz.) on Sunday said he is “not comfortable voting yes” on Supreme Court nominee Brett Kavanaugh until the Senate Judiciary Committee learns more about the sexual assault allegation against him.

“We need to hear from her,” Flake told Politico hours after Kavanaugh’s accuser identified herself publicly. “And I don’t think I’m alone in this.”

Flake told The Washington Post that he does not believe the Judiciary Committee should move ahead with its Thursday vote on Kavanaugh until the senators hear more from Christine Blasey Ford, the California psychology professor who went public with her accusation against Kavanaugh in a Post investigation on Sunday.

Who knows if Flake is doing more than lip service. He’s run his mouth off before and then dropped right in line.

What do you think? Maybe we burn up his phone lines?

END_OF_DOCUMENT_TOKEN_TO_BE_REPLACED

So, even though we’ve been properly busy dealing with the fact the Carolinas are washing out to sea and Manafort is doing his best canary impression, there has been yet more news out there that needs some appellate Jackal review.

Brett Kavanaugh, it seems, has some “boys will be boys” ‘splaining to do:

A secretive letter shared with senators and federal investigators by the senior Democrat on the Senate Judiciary Committee charges that a teenage Brett M. Kavanaugh and a male friend trapped a teenage girl in a bedroom during a party and tried to assault her, according to three people familiar with the contents of the letter.

The letter says that Mr. Kavanaugh, then a student at Georgetown Preparatory School in suburban Washington and now President Trump’s Supreme Court nominee, had been drinking at a social gathering when he and the male friend took the teenage girl into a bedroom. The door was locked, and she was thrown onto the bed. Mr. Kavanaugh then got on top of the teenager and put a hand over her mouth, as the music was turned up, according to the account. 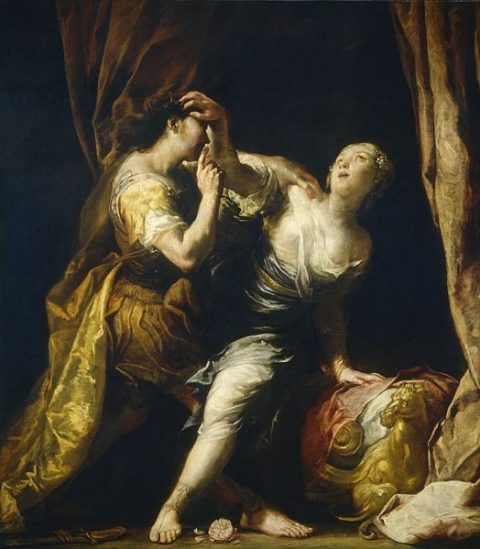 This would have been roughly thirty five years ago (Kavanaugh is 53), and it would seem a hard charge to substantiate. And yet Kavanaugh and his GOP allies are clearly running scared.  There is a letter signed by sixty five women who were high school contemporaries with Kavanaugh (not “classmates” as GOPsters have said, and some outlets report — Kavanaugh went to an all-male school).  The letter basically says that the young right-wing thug-to-be was a prince of a young fellow.

Here’s the odd bit, though:  how do you find sixty five women who knew Kavanaugh as a kid back in the eighties and would be willing to vouch for him? Grassley’s office says this was all organized by the nominees former clerks, starting at five last night. You weigh the odds that this is bullshit.  For me, it seems very clear that the GOP has known this might drop and has been prepping for it for some time.  Recall that Senator Hirono asked Kavanaugh about any sexual harassment claims made against him as a legal adult — as in out of high school. The framing of that question looks interesting now.  It also suggests that some noise around this potential obstacle to Kavanaugh’s nomination was already buzzing. The GOP knew; can’t prove it (yet) but I’d be stunned if they didn’t.

Similarly, the “male friend” referenced above and has tried to give his wing man some cover. Steve M. over at No More Mister Nice Guy gives the necessary background on this mook:

Judge is identified as “a writer in Washington, D.C.” But Judge is not just any writer. As Elon Green notes on Twitter, he wrote a notorious (and implausible) 2012 Daily Caller piece titled “The End of My White Guilt.” In it, he says his bicycle was stolen in a predominantly black D.C. neighborhood, after which he was infuriated when “a liberal friend” told him not to pursue the thief. “That person needs our prayers and help,” the friend said, according to Judge. “They haven’t had the advantages we have.” Result: “My white guilt died.” [all links in the original]

Judge doesn’t write about sex on a regular basis, but when he does, it’s clear he’s part of the “Help! Help! I’m Being Repressed!” school of conservative punditry.

[Go read the whole thing; the good stuff — as in the repulsive bits — are all there.]

So here’s the deal: there is an uncorroborated accusation against Judge Kavanaugh that claims he was a high school attempted-rapist. There is a very rapid circling of the wagons. Senator Collins is getting increasingly testy about people who harsh her mellow about voting for a perjurious goniff who has made it clear in all kinds of ways he’s going to vote down Roe v. Wade.  Most of his paper record is still chucked down the memory hole. There may be, and I certainly hope there will be more shoes to drop.  And Grassley’s determined to hold a committee vote next Thursday.

All of which allows me to begin to think there’s a non-zero chance Kavanaugh might crash and burn.  It’s not odds-on yet, not by any means, but this confirmation process has been a shitstorm from day one.  I’m even just starting to believe that even if Kavanaugh gets onto the court he might not last long there.  That paper trail is not going to stay hidden forever — and if this attempted rape account proves to be true (and I have no reason to doubt it), well…one thing’s become clear over the last several years.  When a guy twists this way, most often, it’s never just one woman to be treated as prey.

We live in waaaaaay too interesting times.  And the Republicans are, once again, shown to be waaaaaay more interested in power, and the immediate win, than doing even the minimally right thing (which in this case would be swapping out a non-rapey reliable right wing vote for the rapey one).

Have at it, fellow jackals!

END_OF_DOCUMENT_TOKEN_TO_BE_REPLACED

WTF I've had periods longer than that.

END_OF_DOCUMENT_TOKEN_TO_BE_REPLACED

EXCLUSIVE: President @realDonaldTrump on if he knew about the Cohen payments. See more from his interview with @ainsleyearhardt tomorrow 6-9amET. pic.twitter.com/HPJPslOG6X

In his eagerness to assure the simple-minded Fox rage-bots that he didn’t use the sock-and-bra money they contributed to his campaign to pay off Stormy, Trump admitted that HE paid her off. Isn’t that, like, a felony? And again, Trump goes after Jeff Sessions for refusing to shield him from another crime, indicating consciousness of guilt. Hoo-boy.

Also, Sarah Huckabee Sanders opened today’s shit-show of a press briefing with a statement that was a blatant attempt to exploit the murder of a young woman in Iowa for political gain, once again demonizing an entire group of people whose demographic commits far fewer crimes than native-born Americans. Huckabee Sanders ended her opening statement by saying, “Sadly, the individual believed to be responsible for the murder is an illegal immigrant.”

“Sadly” my ass — I bet a SETI-equivalent program on the far side of Alpha Centauri picked up the whoops of glee from the White House communications shop when they read the alleged perpetrator’s alleged immigration status. But inconveniently, the man charged with the crime was also the long-time employee of a family of local Republican bigwigs. And may also be in the country legally, according to his lawyer.

Regardless of the alleged murderer’s immigration status, it’s both hideous and unsurprising that the Trump people would try to use the tragedy of that young woman’s death to shield their horrible boss from a catastrophic news cycle. Sweet, weeping Christ on a Triscuit, I hate these fucking people. The Angry Circus Peanut administration can’t collapse in a scandalous heap quick enough to suit me.

One thing I’m wondering: Do y’all think the media yowling is equal to the Sturm und Drang around the Lewinsky scandal during the Clinton years? It goddamned well better be, but I don’t remember. I had an infant to look after when that absurd circus was in town. I’m a lot older and more pissed off now.