I Hate All of You

You are here: Home / Archives for I Hate All of You

This is what Bernie Sanders and Jeff Weaver are allowing a pretty good run to devolve into- a disgraceful mess that will tarnish Bernie’s legacy:

Sanders, who had national campaign operatives on the floor at the Paris, has yet to comment on the near-riot his local operatives enabled as they poured gas on a fire that started with a lawsuit against the party and ignited after arguments about rules, voice votes and rejected delegates.

Despite their social media frothing and self-righteous screeds, the facts reveal that the Sanders folks disregarded rules, then when shown the truth, attacked organizers and party officials as tools of a conspiracy to defraud the senator of what was never rightfully his in the first place. Instead of acknowledging they were out-organized by a Clinton campaign chastened by county convention results and reanimated to cement the caucus numbers at the Paris, the Sanders folks have decided to cry conflagration in a crowded building, without regard to what they burn down in the process.

If what happens in Vegas happens in Philadelphia, the chances of a unified Democratic Party in the general election are virtually nonexistent and the odds of a President Trump suddenly don’t look so long.

The slow simmer toward the boiling over that evening began as at least two national Sanders operatives – Joan Kato, the former state director who became national delegate overseer for the campaign, and attorney Matt Berg – were in the room. There would later be debates over credentials – again, this occurs at every convention –with Sanders people complaining that they were illegally denied access.

When security called for the convention to end, it descended into screaming, chair-throwing and obscenities, with many videos like this one (warning: language) posted online to show the chaos. Congressional hopeful Jesse Sbaih, a Bernie backer, was up on stage for a moment in the sun. Others, too, tried to wrest control from Lange; some Berners charged the stage, according to numerous witnesses.

It was ugly; maybe not Chicago ’68 ugly, but ugly.

Despite all of this, the Sunday chalking of the walls and sidewalks and the social media nastiness still going on, some facts are ineluctable, some of them elucidated in this post from the state Democratic Party:

►Sanders lost the caucus on Feb. 20. He had no right to the most delegates, even if the Clinton campaign was asleep at the switch for the county conventions. The Sanders campaign simply did not follow through. As the Medium post reveals, the Sanders folks just did not show up; the Clinton delegates did:

End of story. They lost

►On the 64 delegates the Sanders campaign insists should have been seated, the Democratic Party post reveals only six showed up and:

The remaining potential delegates were ineligible for two main reasons: 1) They were not registered Democratic voters in Nevada by May 1, 2016, and 2) Their information — such as address, date of birth and name — could not be found or identified, and they did not respond to requests from the party and campaigns to correct it.

Rules, it appears, have no place in a revolution.

“They’re lazy, they don’t read the rules and when the rules are pointed out to them, they cry by exaggerating some Democratic talking point (everyone should participate, rules are unfair, it’s mean to do this),” said one longtime Democrat who attended what he called his “first and last convention.”

I’ll just repeat what I said this morning- Bernie voters are like college students who want their current grade changed because they didn’t read the syllabus, or because their GPA is important, or because they thought they did better, or they don’t think the rubric on an assignment is fair, or because they worked really hard and are convinced they deserve a better grade.

I’d also point out that all of this is in contrast to the 2016 Clinton campaign, which is the photo-negative of the 2008 shitshow fail parade that we all endured. The Clinton team has been on point the entire time. There haven’t been stupid misstatements, her surrogates haven’t been running around saying stupid things about Guam or that black votes don’t count, there hasn’t been anything that reminds me of 2008 from them. They’ve run an serious, sober, meticulous 50 state campaign, and this as much as anything is why they are winning. They haven’t been flawless, but compared to the Bernie Sanders butthurt amateur hour, it’s been the best campaign this century. She is a much better candidate this time around.

I am so sick and tired of the Bernie or bust crowd and their bullshit. You don’t get points for introducing new voters when you spend the entire campaign telling them their vote doesn’t count and they got screwed and the system is corrupt just because you aren’t getting your way.

END_OF_DOCUMENT_TOKEN_TO_BE_REPLACED

The  Commonwealth Foundation  puts out a great PDF every year on international health system comparisons.  Here is Table 1 which describes the many different ways industrial countries cover their citizens. There is no single way that works.  Each pathway in these countries evolved from pre-existing institutions and constraints.

Just keep that in mind when there is a discussion about means and end and how we should not confuse means with ends. 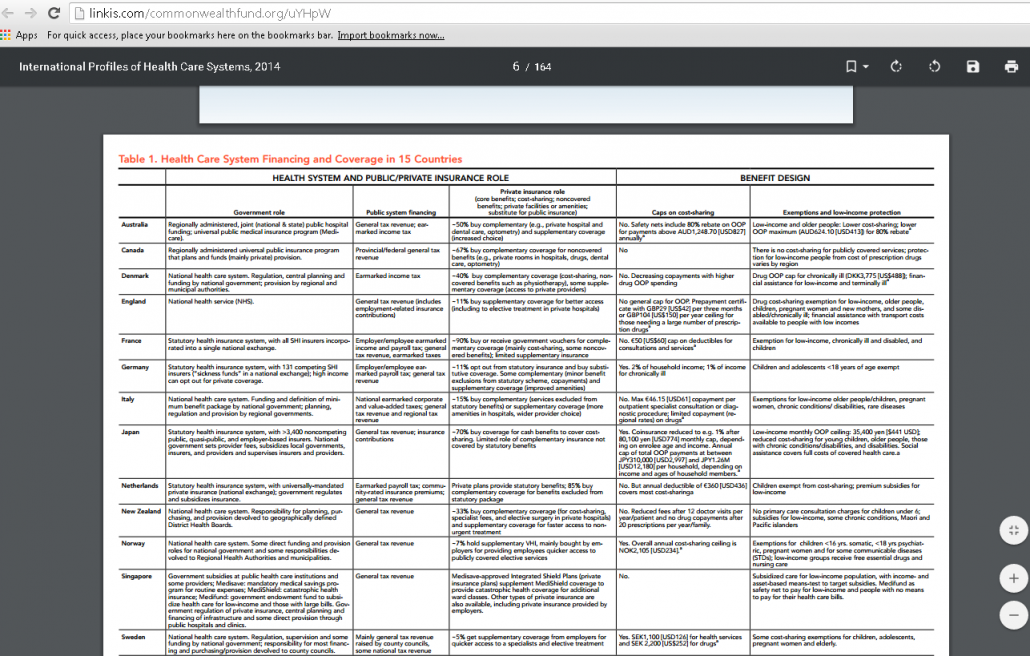 END_OF_DOCUMENT_TOKEN_TO_BE_REPLACED

Woke up this morning and for the first time in as long as I can remember, I feel good. I think I finally have this cold licked.

It’s been so long I blogged I don’t know where to even start. So we’ll start with an open thread.

BTW- the Balloon Man, which you all wanted, is the default icon when the author refuses/fails to set a distinct image for a post.

END_OF_DOCUMENT_TOKEN_TO_BE_REPLACED

I’m sick. I feel like hell. Be nice to Tommy.

It’s daytime, so maybe try f.lux (but not for just THIS website, for everything). It makes things so much nicer on the eyes. I like 5600k during the daytime and 4600 at night.

I will cut you.

END_OF_DOCUMENT_TOKEN_TO_BE_REPLACED

I just want to reach through the monitor and either choke or smack you. Mebbe both.

And Tommy will work on the whiteness which is apparently killing thousands of olds across the nation.

And one last thing, for those of you trotting out the “why should I install something just to read this website,” the reason I mentioned f.lux was NOT just so you could read this website. In fact, no where in the mother fucking VOX FUCKING EXPLAINER did it even mention this fucking website. I mentioned it because f.lux really makes everything better, which you would know if you had read the fucking link that most decidedly did not mention BALLOON JUICE.

So maybe untwist your knickers, install it, and try it. Of course, that would require you to give yourself some time to adjust. It might require you to tinker with the settings so that the nighttime settings are where you want them. Maybe even install it during daylight hours, and then have it gradually change at sunset as IT IS FUCKING DESIGNED to do, instead of having it go from blazing white to the new color with such speed that it causes you to spit up your dentures and fire off a caustic comment that amounts to IT’S DIFFERENT FUCK THAT.

END_OF_DOCUMENT_TOKEN_TO_BE_REPLACED

A news CBS poll has found that since September, America has definitely changed its mind on sending ground troops in to fight ISIS.  This is not a good thing, in fact it’s terrifying.

Amid more executions by the militant group ISIS, Americans increasingly see the group as a threat to the U.S. Now, 65 percent of Americans view ISIS as a major threat – up from 58 percent in October – while another 18 percent view it as a minor threat. Majorities of Republicans (86 percent), Democrats (61 percent) and independents (57 percent) view ISIS as a major threat.

With concern about ISIS growing, support for the use of U.S. ground troops in the fight against ISIS has risen. For the first time, a majority of Americans (57 percent) favor the U.S. sending ground troops into Iraq and Syria to fight ISIS. In October, Americans were divided (47 percent favored and 46 percent opposed), and in September these numbers were reversed (39 percent favored and 55 percent opposed).

Fucking really, people? 57 percent of us want another goddamn ground war in Iraq and now Syria?   I just…no.  Just no.  Take the short bus to hell.

Super awesome.  We have learned a grand total of absolutely goddamn nothing over the last 13 years, so let’s just have another decade of boots on the ground and see if that fixes things.  I’m sure it will.  The last 13 years?  Didn’t happen.

Good job, America.  Last one left turn off the giant flashing neon “We’re #1!” sign with the naked chick ghost riding the M1A1 Abrams tank on the way out.

END_OF_DOCUMENT_TOKEN_TO_BE_REPLACED

In case anyone gives a damn (I’m shoveling snow. I hate EVERYTHING.)

The Fug Girls aren’t liveblogging, although NYMag‘s The Cut is doing a slideshow. Coming this summer: the Madonna/Palin ‘Desperately Seeking Relevance’ live tour!

The kidz at Vox are liveblogging here.