You are here: Home / Open Threads / Having the stupid fight…again.

I noticed that one of the big new shiny memes is that Nancy Pelosi is in for the fight of her life to become Minority Leader and that somehow (details as always are fuzzy) President Obama is working behind the scenes to replace her. Now everything thing I read from multiple sources seems to suggest that Speaker Pelosi faces no serious opposition to her effort to continue to lead House Democrats in the 112th Congress. And the last time I looked, there has yet to be a candidate that has stepped forward to challenge her.

Still, that does not prevent the usual suspects from using this as a fresh opportunity to raise money, build email, twitter and facebook lists, and promote the brand of their publications, web sites and individual pundits. That is all good as everybody needs to make a buck. Still, this is a foolish way to make it if one actually care about the things they put in their fundraising and promotional materials.

Sillier yet is the whole fresh meme that President Obama is also a secret Blue Dog. His adversaries must think he is like Batman with a cave filled with strange costumes for every occasion: 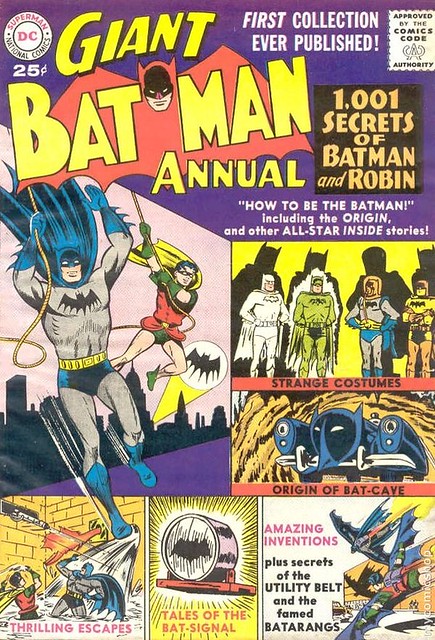 Truth is we are just having the same stupid fight again.

It is hard to remember now, but two years ago we had won a great electoral victory. We had the white House and strong majorities in the House and Senate. More than that, most folks believed that the Republicans had not only lost, but that they had been crushed so hard they would never come back.

And it was clear from the beginning to anybody paying attention to current events and history that the progressive agenda was a fragile thing and that speed was the most important driver of success. Obama made a mistake in trying to repair the Legislative branch along with everything else, but the big mistake within the Democratic Party was the idea that now (2009) was the time to also have the long simmering fight between Blue Dogs and Progressives. Both sides wanted it, but I think Progressives wanted it just a bit more. And to make matters worst, both sides decided–or backed into a belief–that the best place for that fight was over Health Care Reform. The focal point of the intra-party was the ‘Public Option’ and that back and forth delayed things just long enough to provided the GOP with lots of great talking points to stall the progressive agenda and the political space for them to get off the floor and punch back. The rest, as they say is history. And somehow it is not a surprise that for those who decided that this fight with Blue Dogs trumped everything else–that Obama is solely to blame for their failure.

And now that the Republicans have taken the House, there are still those who think that we can still afford the indulgence of the intra-party squabble. Really?

The stakes were high in 2009 when the advocates of this battle decided that the fight between Blue Dog and Progressives was more important than the entire Progressive agenda. Sure, the endless fight with Blue Dogs is a great talking point to sell your brand, fluff your blog and/or get on the teevee, but it was and is stupid politics when faced with a well-funded, savvy and immoral Republican opposition.

We have a Democratic Party. In it there are Progressives, moderates and conservatives. If we work together, we will win. If we decide that our intra-party fights are more important than working together, we will loose. It really is that simple. There is more that unites us than divides us. I think we should focus on that and unite because the other side has done that and if we do not stop fluffing this same old stupid intra-party fight, we might as well just give up.

Someday–when the wingnuts are on the run–you can go back to sticking a Blue Dog with a shiv, or punching a hippie. But for now we better relearn how to work together. The real issues are more important that our intra-party fights and we should start acting like that.