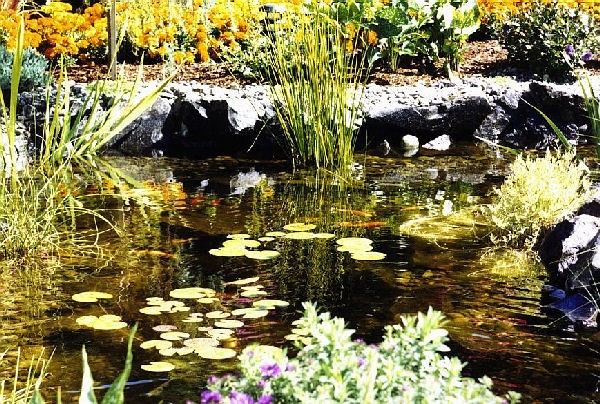 A little wishful inspiration, from long-time mostly-lurker Paul B:

This is the story of a pond I had installed in my back yard a few years back. I’ve always wanted a water feature and I finally got the chance when I realized that I was going to have to dig up my back yard anyway, at least if I actually wanted a back yard that warranted more than a shudder and a groan. It had been horribly neglected by the prior owner and it was mostly weeds and bare dirt, along with a cracked and pitted brick patio that had likely been there for a few decades.

So I dug up the bricks and the weeds, smoothed out the dirt, and contracted with a pond company in Redmond (I live in Seattle) to install a pond with a small stream. Once that was in, I worked with another contractor to install a patio that meshed with the pond. Everything else I did, mostly just making it up as I went, with multiple trips to my local garden center. 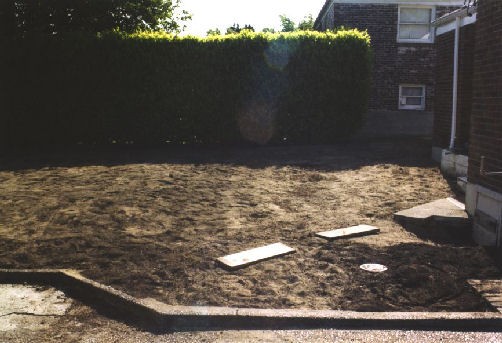 Picture 1: The bare yard on day 1, just before the began work. 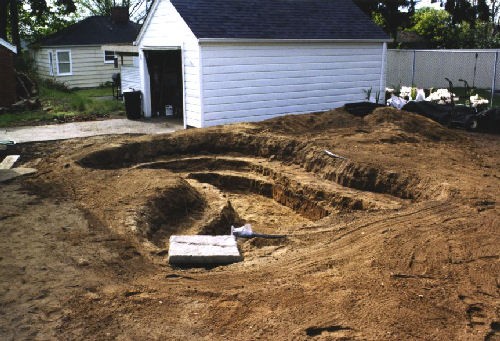 Picture 2: The end of day 2. The rectangular stone-ish thing in the foreground covers the hole where the pump is located. You can see a hint of the hose snaking around the pond leading to the small hill they built for me that contains the filter material and that will serve as the top of the stream, where the water will come out. The stream is roughly 10’ long and the pond is about 20’ x 10’. 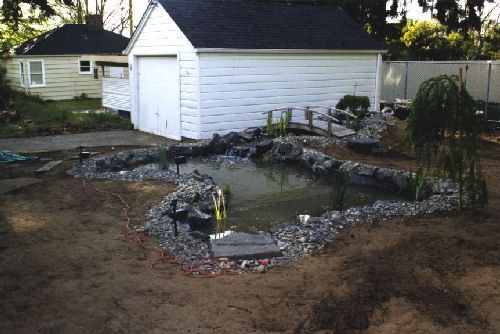 Picture 3: The end of day 3. The pump is in, the pond filled, a footbridge installed, and a gravel and stone edge has been added. The three small contraptions on the left edge of the pond are motion-detector “scarecrows,” hooked to my water supply, with the idea that if a raccoon or heron wants to grab the fish that I will be adding to the pond, the motion will set off the scarecrow, which will respond with a blast of water. Sadly, they really didn’t work very well, and the pond basically became a larder, mostly for the neighborhood raccoons. 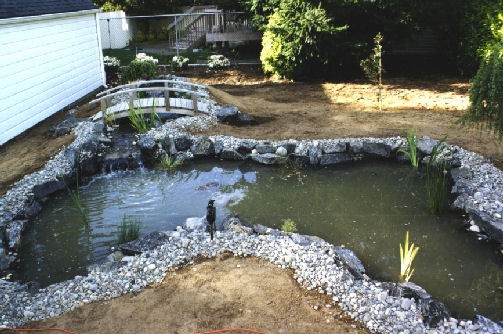 Picture 4: Another view. The dirt in the pond hasn’t settled yet. The various plants in the pond were installed by the contractor. A mixture of irises, cattails, water lilies (which haven’t surfaced yet and aren’t visible in the murky water), and others. 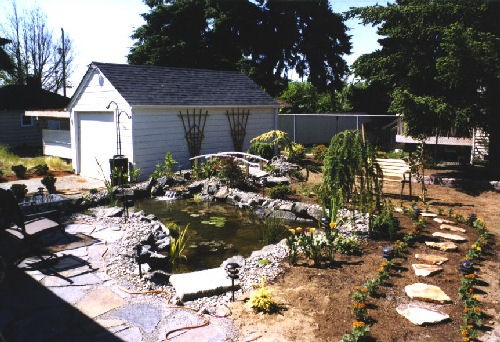 Picture 5: A couple of weeks later. The patio is in, more plants have been added, the lilies have reached the surface of the pond, more elements of the yard are taking shape, including a path flanked by marigolds. 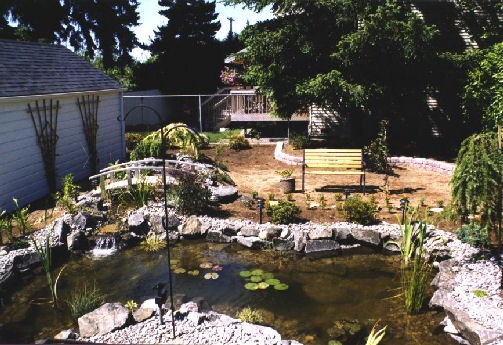 Picture 6: Another view. To the right of the bench is a magnolia tree, up by the waterfall is a weeping golden cedar, the two trellises against the garage will be helping clematis reach new heights, there are calla lilies on either side of the pond, and another weeping shrub to the right whose name escapes me at the moment but which I call “Cousin Itt” because of the way it has grown. 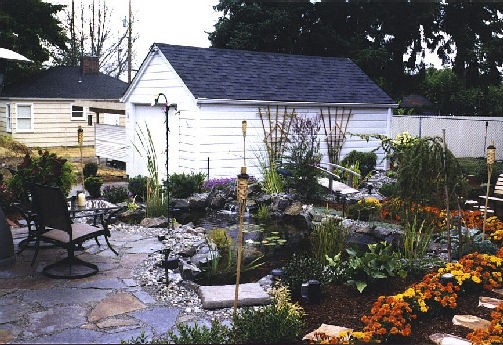 Picture 7: A couple of months from the start of the project and it’s now pretty well set for the year. The plants have really settled in and I added tiki torches for atmospheric lighting in the evening. At the far left of the picture, you can see the edge of a propane heater for those chilly Seattle fall and spring evenings. 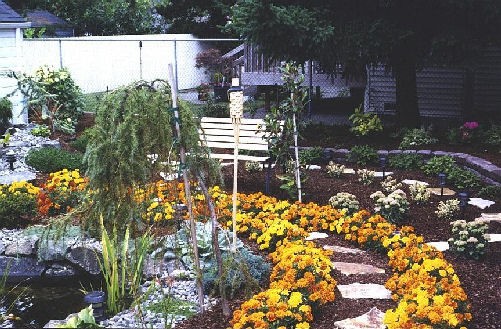 Picture 8: A little more detail of the rest of the yard. I installed a low decorative wall in the back, some solar lights, a branching path with stonecrops, dwarf rhododendrons, tricolor hebes, and other assorted shrubs.

Top photo: Yes, there are fish in the pond.

The change in the yard has been nothing short of miraculous. From a place I wanted to avoid at all costs to a refuge I want to return to over and over again, where I can read a book and listen to the plash of the water on the pond, where I can hang out with friends, sharing good times and quiet conversations, where I can just sit and let my mind drift away.