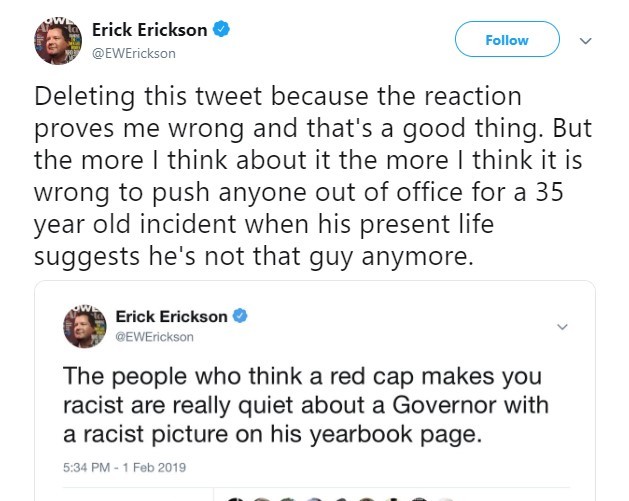 This is pretty typical of how a lot of conservatives on Twitter reacted to the Northam yearbook pictures yesterday.  First, they assumed that Democrats would defend Northam, and when Democrats pretty much unanimously criticized Northam (and most called for his resignation), these thoughtful conservatives ended up defending Northam themselves.  That’s because, in the Republican party, a picture of one of their elected officials in blackface and/or a Klan robe is more or less just another Friday.  See, also, pussy grabbing.

And, yes, maybe a red cap doesn’t make you a racist, but there sure are a lot of racists in MAGA caps.