This is in memorial of Sarai, who died recently. He was a Good Dog. From near death, he got a good life. Not hugely long, but he died outside in my wife’s arms, naturally and peacefully. His best bud was there and licking him.

We were looking for places to put our cabin. He ran beside the ATV, and rode when he had to.

See the pink on the paws? As a baby he came to us partially frozen and that was the result of some of the frostbite damage. I called him an Arctic Short-Tail, because a third of it froze off. He was abandoned in an arctic winter and dying, when he found The Mama (my wife). This was his first moment of real joy. It never really left him. 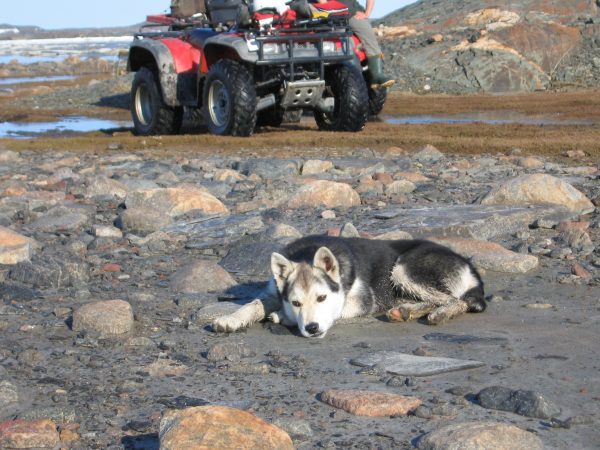 Tundra, Near the Cabin

They got to run freely at the cabin. You can see the stubbiness of his tail. He was part malemute. Definitely the fur part. 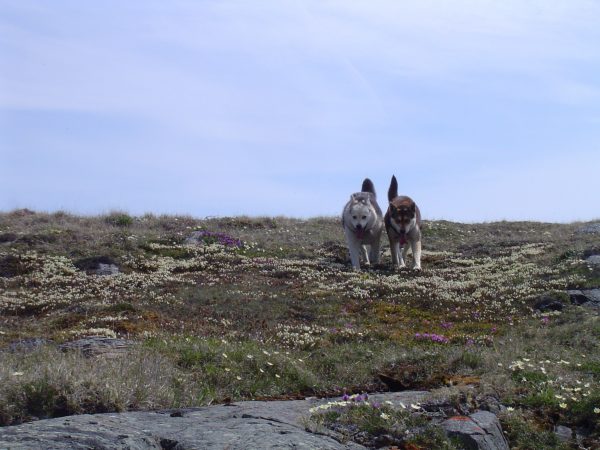 At home, on the doghouse

These are husky-variants. They love the cold. Of course, as they grew older, house with padded beds was much nicer, same as us.

They were left outside all day on ropes and the kids in the neighbourhood came to visit and play. 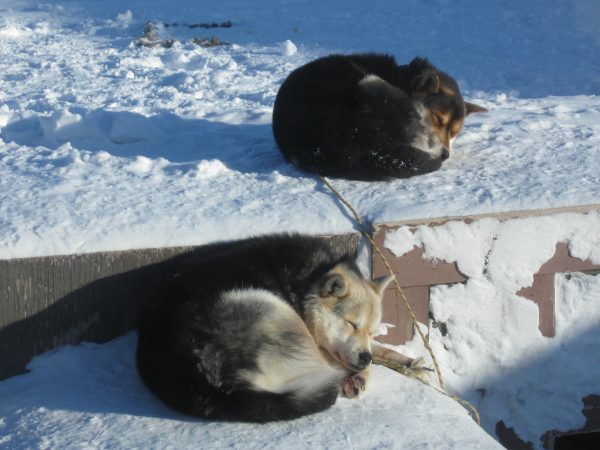 The only thing clear and crisp about this photo is the weather.

He was a loving Goober of a dog. And he could personify Gooberosity! This was him with his favourite people, doing his (second, after eating) favourite thing. 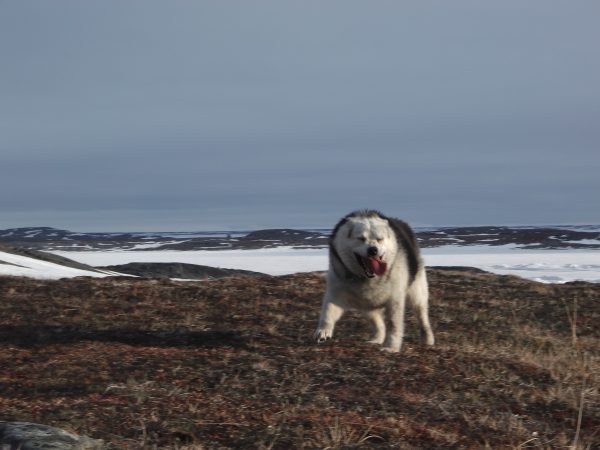 NWT – in the woods

We would take them out into the woods to run in the NWT. There they could hunt rodents. They grew up hunting Sik-Sik ( Inuktitut name for arctic ground squirrels). Often all you would see is the tail straight up and a butt coming out of a hole in the ground. Then we moved.

And the Six-Sik CHEATED! They could climb trees! Tree squirrels were an infuriating insult to what was right in the world. Chasing the squirrels did thin him out some though. He was a GOOD dog. 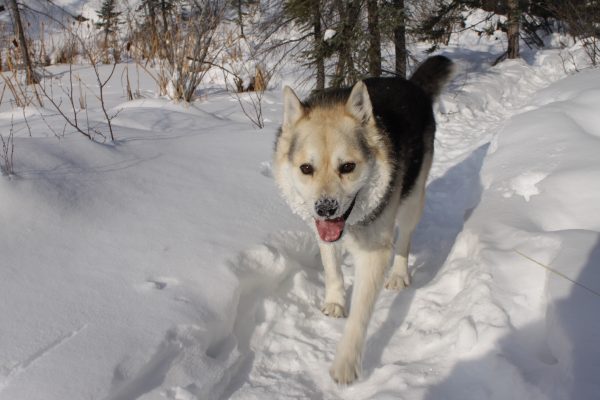 Thank you so much FerdfromtheNort, do send us more when you can.