You are here: Home / Politics / An Unexamined Scandal / “The Real War on Moms Has A Mortality Rate” 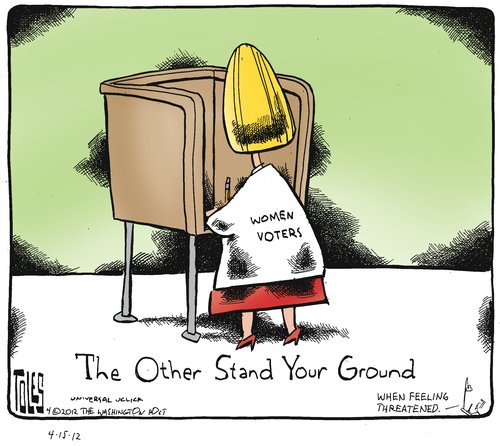 Excellent reminder by Sara Mead, guesting at the Washington Monthly, on what the statistics say about our national priorities:

… One of the distasteful things about the tendency to label all sorts of debates or initiatives as “wars” is that in real wars, people die. But the reality is that a shockingly high number of American moms are dying for preventable reasons. The U.S. Maternal Mortality Ratio (the number of maternal deaths per 100,000 live births) is shockingly high, well above the average for the developed world, and higher than virtually all of Western Europe as well as some countries in Asia and the Middle East. Even more troubling, U.S. maternal mortality has increased in the last two decades, and is now more than twice as high as it was in the late 1980s. The Affordable Care Act included provisions designed to help stop this scary trend—not just by expanding health care access (many maternal deaths could be prevented with proper care)—but also through the Maternal, Infant and Early Childhood Home Visiting program, created as part of ACA, which provides nurses and social workers to work with high-risk moms, starting before they give birth, to help them have healthy pregnancies and deliveries and support their babies’ health and development after birth.The program is modeled after programs, such as the Nurse Family Partnership that have a strong track record of improving maternal and child outcomes, preventing abuse and neglect, increasing fathers’ involvement in their kids’ lives, improving kids’ school performance, reducing crime, and saving the taxpayers a boatload of money over the long term. But all that could go the way of the dodo, if ACA is struck down or repealed (and some of the right wing fear-mongering about this program must be seen to be believed).
__
For all we hear about “family friendly” conservatives promoting traditional families to keep us from going the way of G-d-forsaken Europe, the reality is that the U.S. actually has a higher percentage of infants and toddlers in childcare (as opposed to home with mom) than all the OECD countries except Denmark, Iceland, Norway, and Sweden (and we’re closer to Sweden than we are to the OECD average). That’s the direct result of policy choices we’ve made, including the total absence of paid parental leave (for which we stand alone among developed countries, in a small and shrinking field that includes Papau New Guinea, Swaziland, and Lesotho). And even as the recession has increased the number of moms of very young children in the workforce, states have cut funding for child care and made it harder to get in other ways as well…

For better or worse, ours is a capitalist society, and in a capitalist society anything “priceless” is by definition worthless. If the politicians and other grifters snuffling about “mommies driving the economy” and “our precious, precious children” actually cared about the real women & children outside their own gated communities, they’d talk less about giving the so-called job creators further breaks and more about supporting the next generation and the people doing the hard work of raising them.