After such a horrible weekend,  I know we can all use some nice pictures. I’ll be catching up on lots of the emailed submissions; because of family reasons later this week, I’ll be scheduling Thursday, Friday, and next Monday (at minimum) off of them.

My in-laws live in New Zealand, which means that we have a good reason to go visit them occasionally over our Christmas break (which is high summer there). Here are some pics from various trips. Before the Maori arrived there, NZ was a bird paradise. No land mammals other than three species of bats, so birds filled all the ecological niches. The arrival of Maori (with accompanying rats) and Europeans (who deliberately introduced rabbits, possums, cats, dogs, and even stoats) meant that many ground-nesting, unwary, flightless bird species disappeared, often quite rapidly. But it is still a bird paradise for us northerners; seabirds are abundant, and the conservation efforts to maintain populations of the endangered landbirds are working in many cases.

On the way from Christchurch, via Arthur’s Pass, to the west coast of the South Island. Someone once joked that you can drop your camera and it would take a great scenery pic on the South Island, and that’s not far from the truth. Stunning vistas are abundant 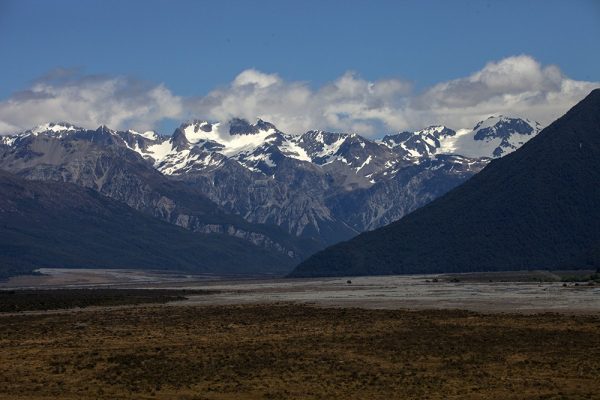 Near Stewart Island, south of the South Island.

Long boat trips are usually needed in order to see albatrosses, like this Buller’s Albatross; they hang out in deep water and nest on remote islands. In NZ, the deep water is often very close to shore, and you are closer to those remote islands, so sightings of albatrosses (and petrels and penguins and other pelagic birds) are possible with just s short boat trip from many of the ports. 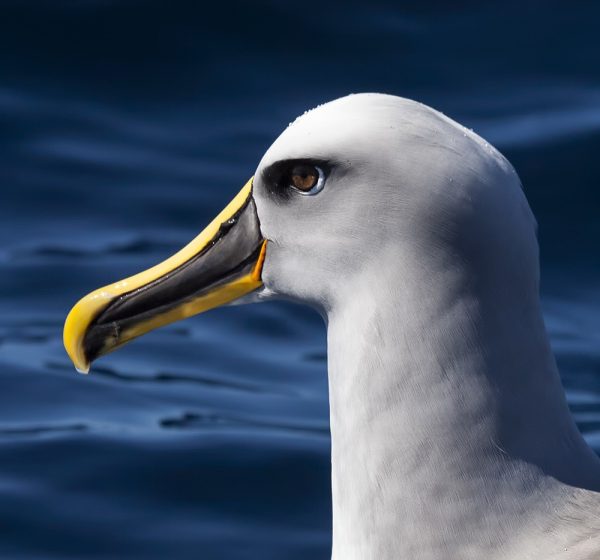 The two species of saddlebacks (North Island and South Island) were pretty much decimated by nest predators and habitat loss. They hung on in some of the smaller pest-free islands, and are now coming back under strong protection and management. 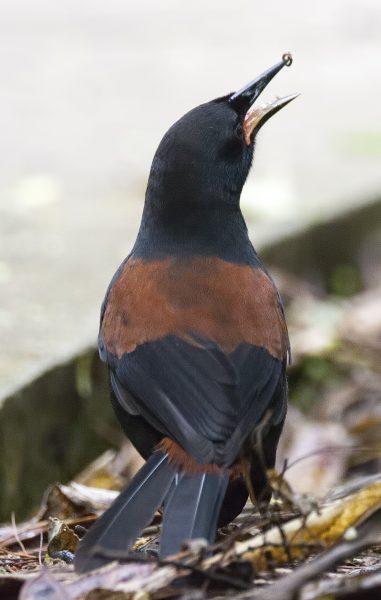 These large wading birds are also found in Australia. One of them was having a bad hair day. From a boat in the Okarito Lagoon, a large estuary near the very small and picturesque village of Okarito. This is the only breeding site for the Kotuku, or Great White Heron. 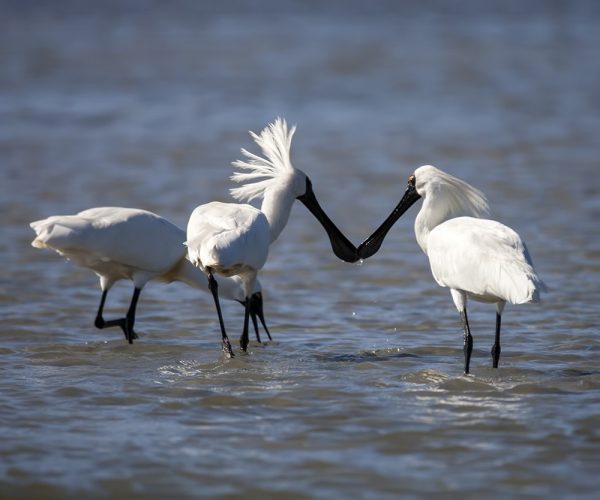 Great White Heron, probably the same species that we have here in North America, but there are some plumage and other differences, so the NZ ornithologists prefer to split this one out and call it a separate species

A small active forest bird, the Fantail is found throughout the country. It flashes its tail to startle insects so that it can eat them, and it is indeed startling to see! 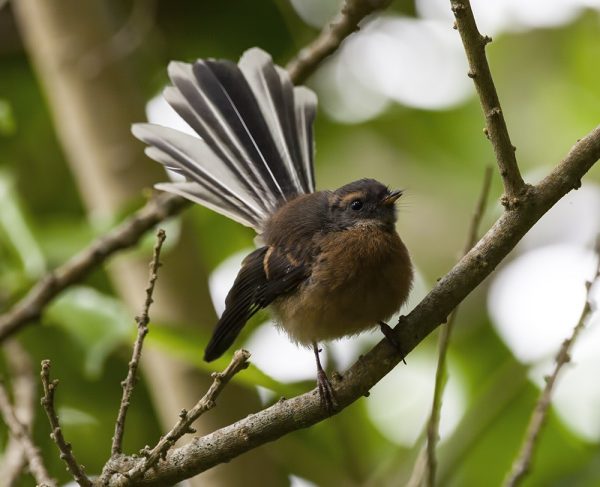 A medium-sized parrot formerly found throughout NZ, the Kaka went through a significant population decline after the Europeans arrived. Now making a comeback. 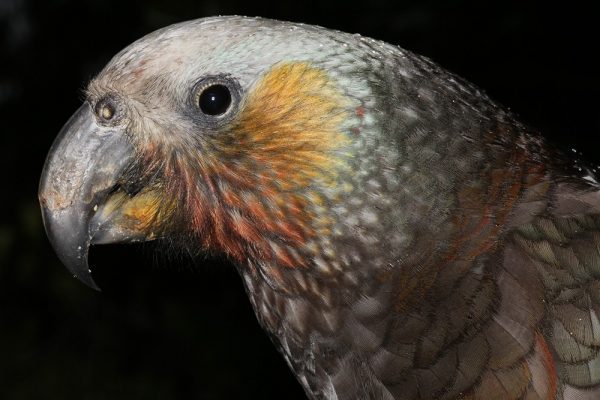