Tomorrow begins Eclipse-a-palooza! There are so many photos and sets that it will be a two-day extravaganza – some will publish Tuesday, some Thursday.

Thanks to all who submitted!

The Spanish established a chain of 21 missions in California in the late 18th and early 19th century, stretching from San Diego to Sonoma. The mission properties were rather wealthy and included industrial operations, by some accounts owning 1/6 of Alta California. They were secularized after Mexican independence and fell into various states of disrepair. Many have been restored to their original(but smaller) state. They are now owned by the Catholic Church and are both museums and active churches.

Mission San Gabriel is in the center of the City of San Gabriel(how’d that happen), about 8 miles east of Downtown Los Angeles. It was the 4th of the 21 missions founded in 1771. It was originally located on the banks of Rio Hondo in an area now called Whittier Narrows that is currently in the City of Montebello. In 1776 this location was destroyed by flooding and the mission was moved to the west and higher ground at it’s current location.

In 1781, 44 people left the mission and traveled west to the Tongva(the name of the indigenous people)village called Yangna. Nearby they founded at town on September 4, 1781 that they called “El Pueblo de Nuestra Señora la Reina de los Ángeles de Porciúncula” that we currently know as simply Los Angeles.

The chapel of Mission San Gabriel from Mission Road(how’d that happen). There was originally a bell tower that was on the right hand side of the chapel, a bit more about that later. 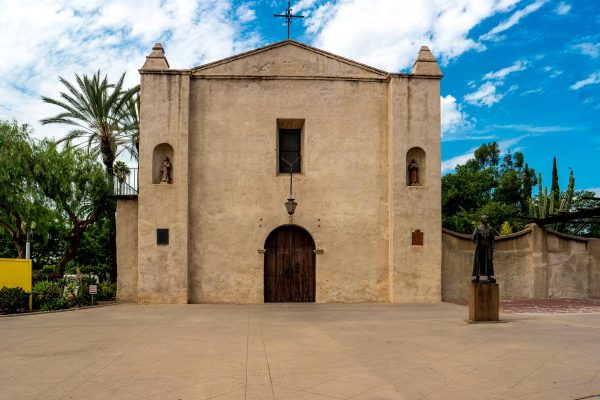 Same picture as above, but captured with an infrared camera. I’ve included more infrared shots in this series because it was cloudy and infrared really captures the contrast of the blue sky and clouds really well and, of course, cause it’s just so cool. 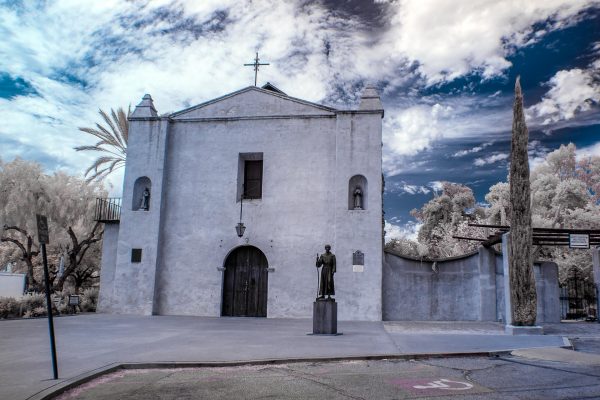 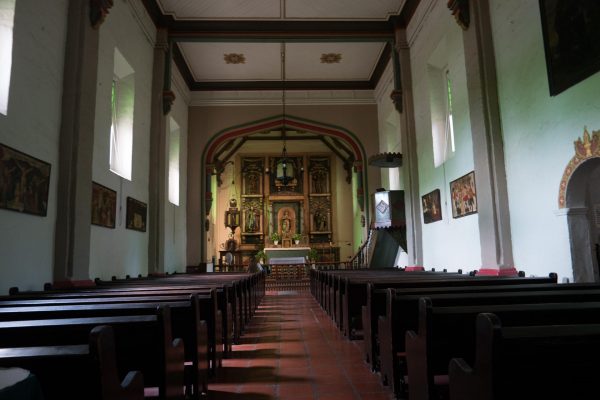 Small fountain in infrared in the mission courtyard, this is right by the entrance(where the take your admission fee) and coincidentally the also the gift shop. 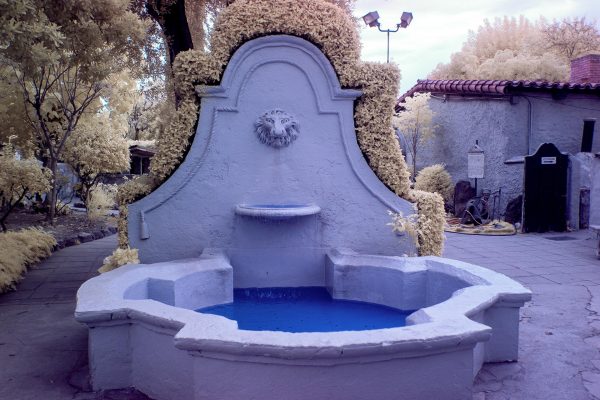 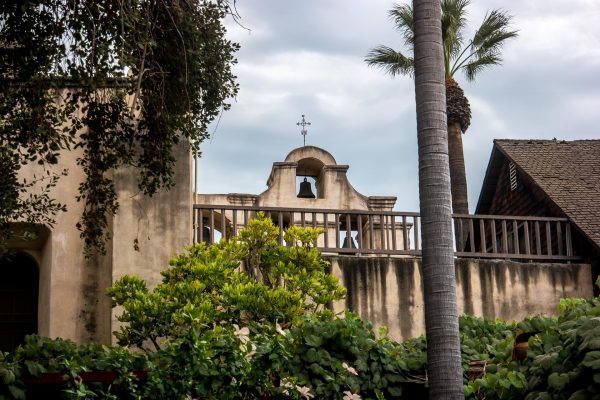 The bell tower from outside the mission. Here you can also see the unique architecture of Mission San Gabriel with it’s capped buttresses.

Technical Note: I’ve cheated a bit on the sky in this photo. It was really cloudy and raining a bit when I took this picture. I’ve manipulated the color and brightness to the sky to make it look partly cloudy. 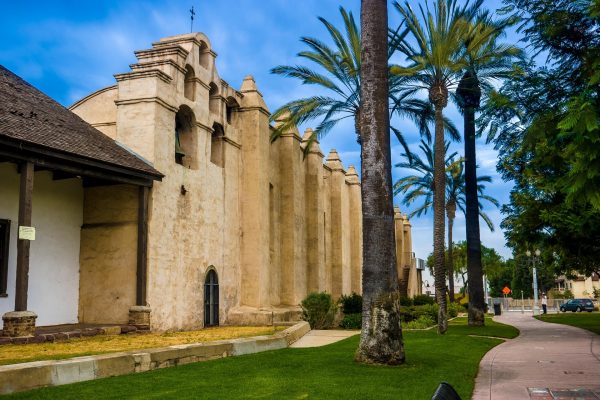 Bell tower and chapel in infrared. You can see in this picture how cloudy it was. 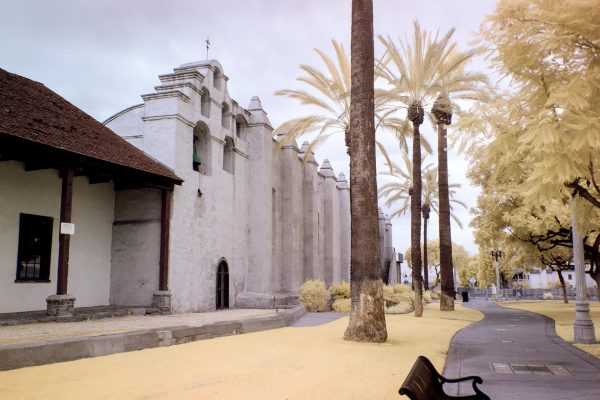