As Los Angeles grew from a small town to large city the wealthy moved up and west. At first they moved from the Plaza area to Bunker Hill(you can see most of it in the foregound of my fisheye photo from SkySpace) which towered above the Plaza and stretched from Fort Moore Hill immediately west of the Plaza to Normal Hill(where LA Central Library now stands). In the late 1880’s Bunker Hill was becoming a less desirable address, so they picked up(sometimes quite literally*) and moved to the new neighborhood of Angelino Heights. One street there(Carroll Street) only has the older Victorian homes. Some were originally built there, others were moved in the late 1800’s and some more recently. All of the following pictures are from Carroll Street except for the Infrared image. In most cases I don’t know the detailed history of these houses so the pictures will be presented without comment, except in the few cases where I have additional information.

*In one case a man sent his family to Catalina for the weekend and when they came back discovered that the house was no longer there. They had moved it from Bunker Hill to Angelino Heights. 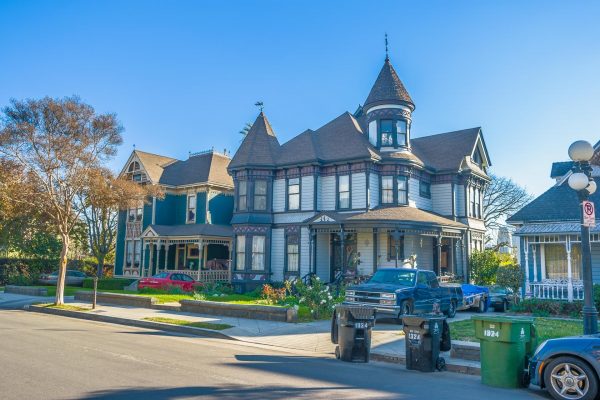 I believe the house on the right is a more recent arrival and is getting “some work”(not uncommon in LA) done. Nice looking Prius there! 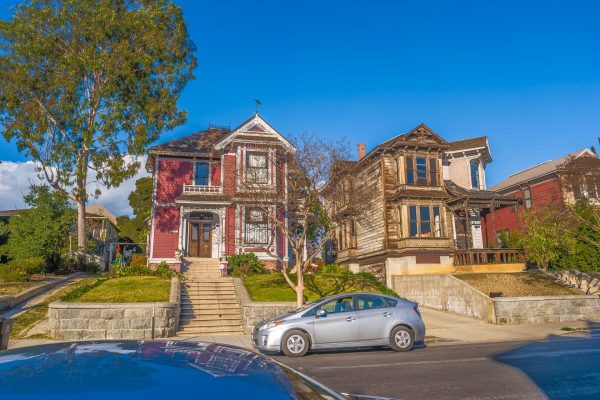 I don’t have any information on this one. 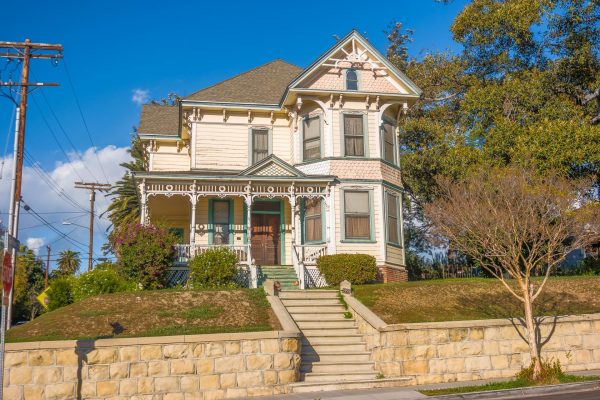 The owner of this house converted it into a sanitarium for TB patients. After the City of Los Angeles outlawed sanitariums, they moved to East LA and eventually became a hospital named Cedars of Lebanon. After several decades in East LA they moved to Hollywood(a building now the headquarters of Scientology). They merged with Mt. Sinai Hospital and the combined hospital moved adjacent to Beverly Hills. 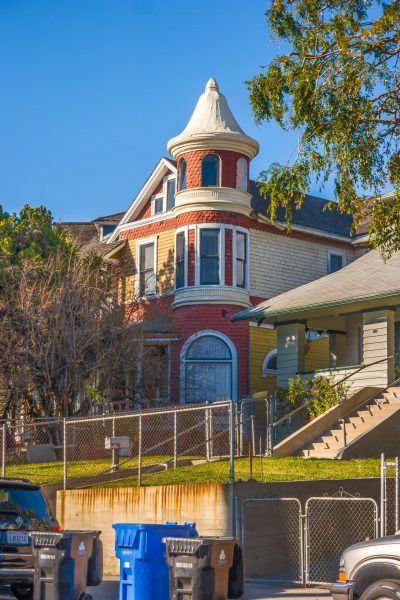 Google maps says this is the “Charmed House”, it is rather charming. 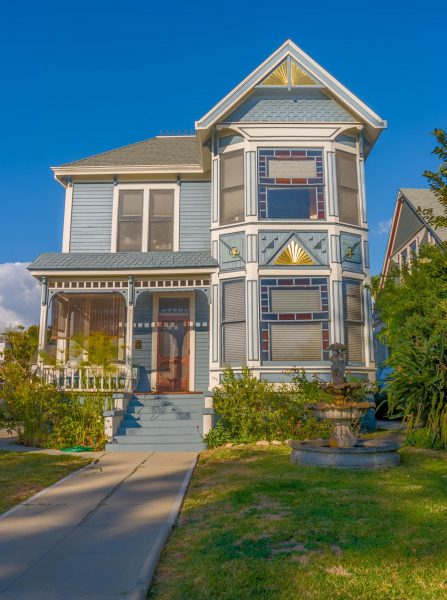 Since the clouds behind this house looked nice, I thought the IR picture would look nice. This is the one house not on Carroll Street, it’s on Edgewater and Douglas. 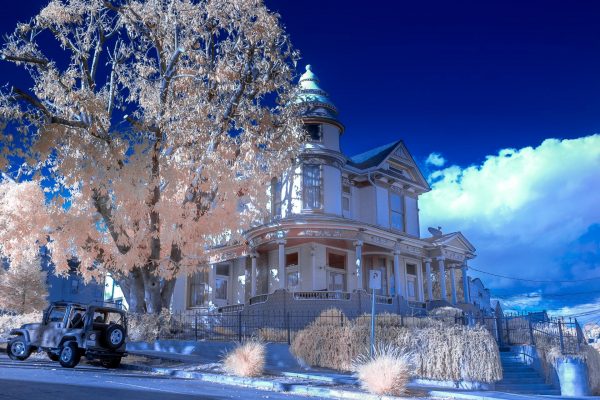