Every year Savannah hosts the Savannah Music Festival. Part of the Festival is a competition among some of the top High School jazz bands in the country and this year our daughter’s band was invited (she’s a freshman trumpet). My wife and I decided to make a mini-vacation out of it and flew down to enjoy the city between performances.

It was my first time in what I consider the Deep South outside a couple wild years living in New Orleans at age 21 and I was not sure what to expect or how comfortable we’d feel. I was not prepared for the loveliness of the city, the walkability and the general pleasantness all around, at least in the main downtown area. Here are a few photos that hopefully capture some of the flavor of the city. (What they can’t capture is the taste of the marvelous dinners we had each night!)

The overriding feature about Savannah for me was the city parks. Savannah is laid out in a grid but in the downtown near the Savannah River they broke up the grid with city parks just about every other block. This meant you only had to walk one or two short blocks to come upon a scene like this. I imagine in summer it might become a bit hot but in April it was heaven. Each park had its name and little history, as we learned riding one of the on/off trolleys that ply the streets. 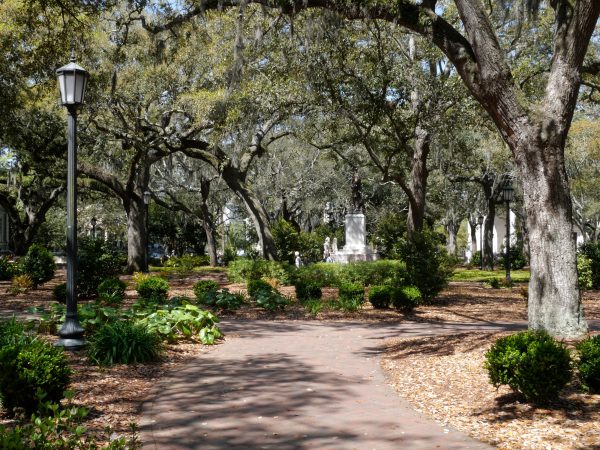 Everywhere were the huge oaks with Spanish Moss hanging from about every limb. Coming from a little further North the green leaves were a welcome sight, and the atmosphere they created was downright somnolent. 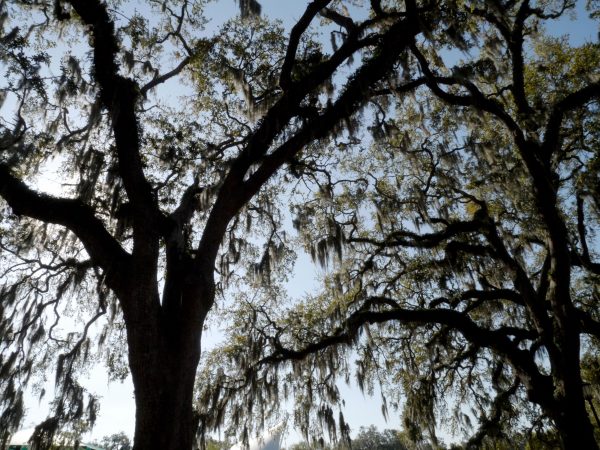 The band had an evening dinner cruise on this “paddlewheel” riverboat. Even though it wasn’t completely real we had a great time wandering the decks and eating surprisingly good food (although copious amounts of wine probably helped with that). 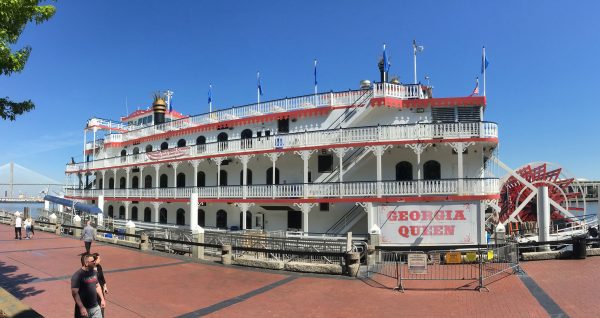 There was a smaller riverboat following us and it made for a nice sunset photo. 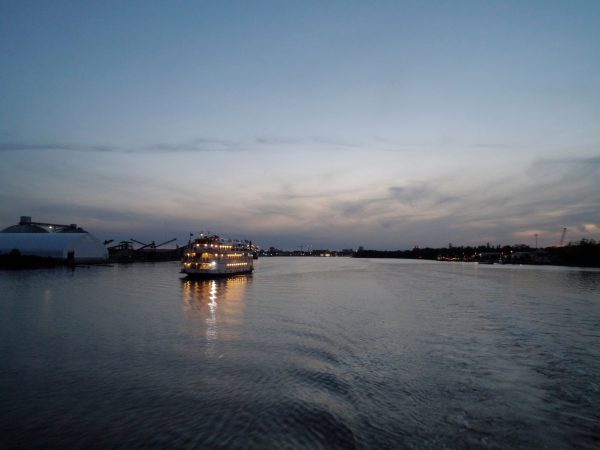 This is a shot of the Cotton Exchange building. The waterfront was first and foremost a ship unloading area until it was repurposed for tourism. The ships would unload cotton here and there was a vigorous market.

What makes the waterfront visually appealing is it has many levels – the larger buildings on top, an intermediate level for offices and whatnot, and the street level which faces the river and is mostly tourist shops now. 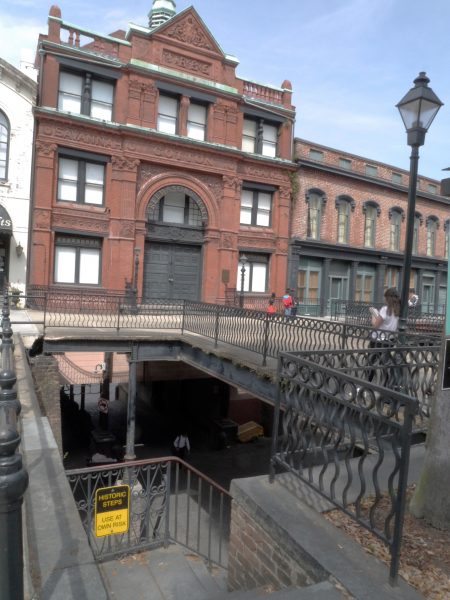 Thank you so much BretH, do send us more when you can.