The second of the three hero patrons who stopped the Club Q shooter has given a statement: 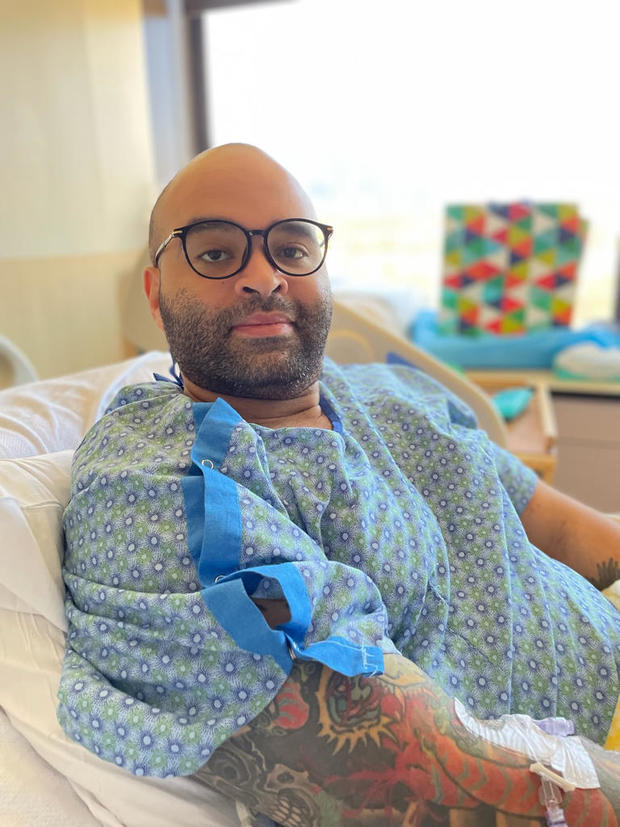 Among the heroes identified by witnesses and officials in the Club Q shooting was U.S. Navy Petty Officer 2nd Class Thomas James, who reportedly charged the suspected shooter with Richard Fierro and possibly others at the bar.

James, through a Centura Heath spokesman, issued a statement Sunday for the first time since the shooting at the Colorado Springs LGBTQ nightclub.

“I simply wanted to save the family I found,” James said. “If I had my way, I would shield everyone I could from the nonsensical acts of hate in the world, but I am only one person.”

“Thankfully, we are family, and family looks after one another,” James continued. “We came a long way from Stonewall. Bullies aren’t invincible. I want to support everyone who has known the pain and loss that have been all too common these past few years. My thoughts are with those we lost on Nov. 19, and those who are still recovering from their injuries. To the youth, I say be brave. Your family is out there. You are loved and valued. So when you come out of the closet, come out swinging.”

We also know there are more unnamed heroes, those who shielded folks from the shooter, those who led people to safety, and those who rendered aid to the injured. A reminder that one evil person with a gun, despite all the damage done, is outnumbered by good, caring, brave people.

And let’s not forget those we lost that night; here is a link to photos and stories on each of them: Derrick Rump, Daniel Aston, Ashley Paugh, Kelly Loving, and Raymond Green Vance

In our last post on the Club Q shooting, I expressed a desire to learn how to be a better ally. It seemed to strike a chord with others, so here we are. I’ve asked Sister Golden Bear and Dan B, who offered to help on this topic, to hang out with us and get things started. Dan B has a lot going on today but is going to try and stop by. So post your questions and offer any advice or resources you have. I know we have a diverse community here and can learn a lot from each other.

And we don’t need to limit this to LGBTQ+ issues. There are many folks out there who need allies – and this would be a great place to discuss, as well.

It really comes down to, how can we be better citizens and kinder humans, to our neighbors. Discuss. Please be kind.