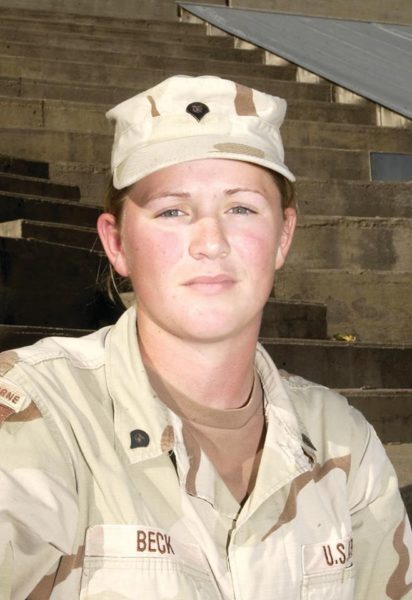 She saved my brother’s life.

Bos was a Nebraska Army National Guard specialist and a truck driver with the 1075th Transportation Company when she was awarded the Bronze Star with Valor device for exceptional heroism and gallantry during an insurgent enemy ambush that occurred near Salmon Pak, Iraq, on March 20, 2005.

While under attack she extracted a wounded Soldier trapped inside a damaged vehicle, moved the Soldier to safety and returned to her vehicle while under direct and indirect enemy fire and led the convoy out of the kill zone.

Bos was the first female in the Nebraska Army National Guard to be awarded the Bronze Star.

On March 20th, 2005 I received a phone call no sister ever wants to receive. It was my brother, shaken, tired and worried about his injured friend, telling me about what he’d just experienced. 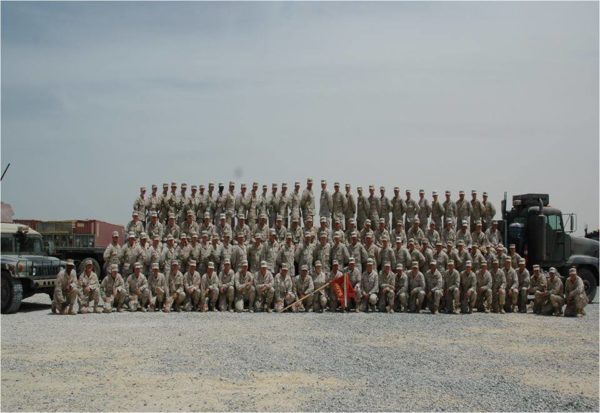 You can listen to his unit tell their story here (warning, it is intense):

“One of the most beautiful days I can remember weather wise, the entire deployment I was over there,” is how Jay Schrad remembered the morning of March 20, 2005.

Schrad and 13 other soldiers from the Nebraska Army National Guard’s 1075th Transportation Company were rolling out of a base in Kuwait, taking a 33-vehicle supply convoy into Iraq. They were young, most in their early 20s. Most were from the Columbus area. They’d been doing this for several months at this point, halfway through the deployment. This convoy included pairs of Nebraska soldiers in green semi-trucks, civilians driving white semis and three Humvee gun trucks providing security.

They had been attacked on previous missions with roadside bombs and small arms fire, which was no surprise, because regardless of tactics, mile long convoys attract attention in a war zone. “We made our presence known,” A.J. Bloebaum said. “They knew when we were coming.”

But they’d always sped away from the trouble.   read more

Heroes every damn one of them.

It’s been fifteen years this month and I still cannot type this without my pulse racing and my eyes tearing. My brother had already survived an IED that took his door off the truck. I am forever grateful for everyone in this unit. I’ve had dinner with many of them. I’ve heard about their struggles getting VA help. I know you still cannot startle my brother when he’s asleep (poor Bixby).

Those were long, sleepless months when he was deployed, I’d leave my computer on so I could see when he checked back in after every trip. Forever grateful for Yahoo’s messenger system that let us video chat almost daily. Forever grateful he came home.

I still ache that we will not have a woman president, feeling as if my gender has once again been sidelined. So I wanted to share about this amazing soldier and remind us all to keep fighting for our place at the table. And thank you, Jen, for making sure my brother and his unit made it out alive.